Eduard Einstein was a brilliant, promising young man. He was the youngest child of Albert Einstein and Mileva Maric, two extraordinary minds. Though Eduard did not follow their path in the physics' field, he set his mind on becoming a psychiatrist, worshiping Freud, but also enjoying immerse talents for writing, music, and so much more.

In a cruel twist of fate, around the time he was 20, Eduard Einstein was diagnosed with schizophrenia. He would spend the rest of his days in and out of treatments, living in the care of his mother.

For The Love Of Science: Mileva Maric And Albert Einstein 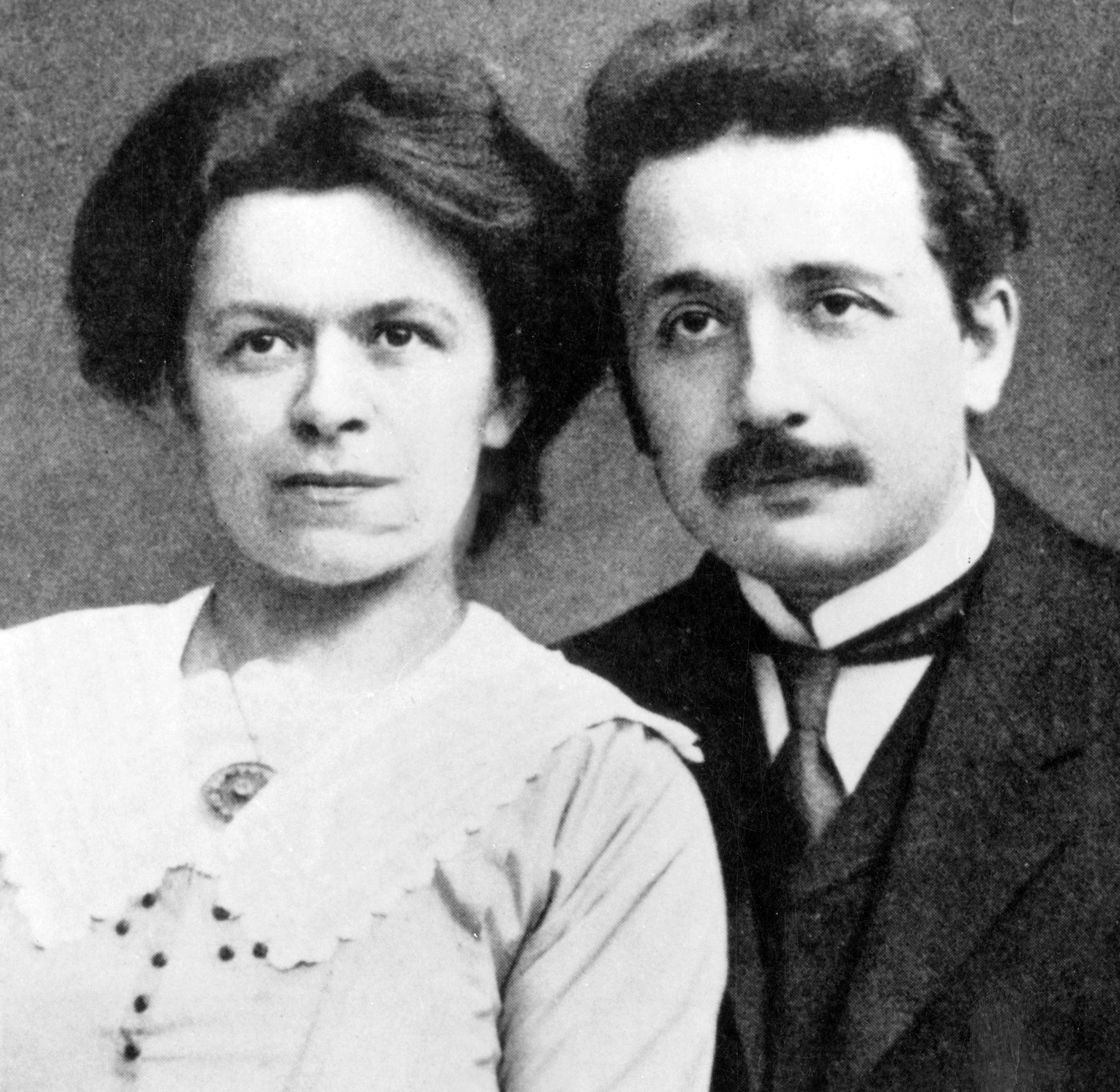 Albert Einstein met his first wife, a wealthy Serbian with a great mind, while at the Zurich Polytechnic Institute in 1896. She was four years older than him, and the two soon started a relationship.

In 1901, Mileva was pregnant with their first child. Maric was the only female in the physics department, but she dropped out of the university due to pregnancy.

Their first child, Lieserl, was born in 1902. Some believe the baby died from scarlet fever, and some suggest the baby girl was adopted in Maric's home country, Serbia. A year later, in 1903, Einstein married Maric, and the two continue to have two sons.

The family moved to Berlin, but Mileva grew increasingly annoyed by Albert's relationship with his niece, Elsa. She took the boys and went back to Zurich in 1914.

Though they were separated, Maric and Einstein raised the boys together as much as possible. The divorce was finalized in 1919, and the same year, Einstein married his cousin, Elsa.

Eduard Einstein As A Child 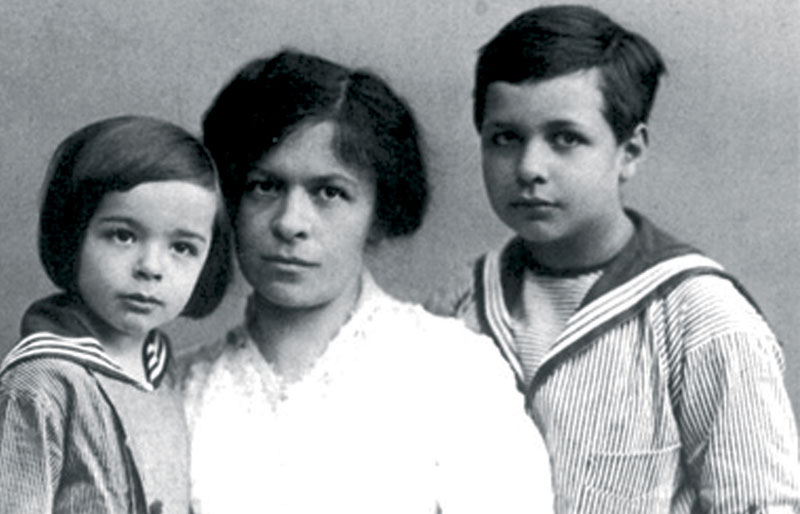 Young Eduard was a promising student, but his health was always weak. In recently discovered letters, it appears that Einstein was concerned about his son's health before his diagnosis.

Despite often being sick, Eduard Einstein was a straight-A student and was one of the best students in his high school. He enrolled at Zurich University and wanted to study medicine, to become a psychiatrist.

Hans Albert was not as interested in school as his younger brother, so Eduard received more pride from their famed dad. However, in 1917, he wrote to his friend:

"My little boy's condition depresses me considerably. It's difficult for him to mature into a fully formed individual."

At some point, Einstein tried to rationalize his son's condition saying, "if it wouldn't be better for him if he could part before coming to know life properly." But, he tried to be a father and to be there for Eduard.

While at the university, Eduard Einstein allegedly fell in love with an older woman. The relationship went south, and he tried to commit suicide. In 1930, he was diagnosed with schizophrenia.

When Eduard Einstein was 22, he spent time in an asylum. According to prominent sources, electroconvulsive therapy did more harm than good to young and weak Eduard.

Even his brother's family believed that the electroconvulsive therapy caused permanent cognitive and memory problems.

Eduard Only Had His Mother To Rely On 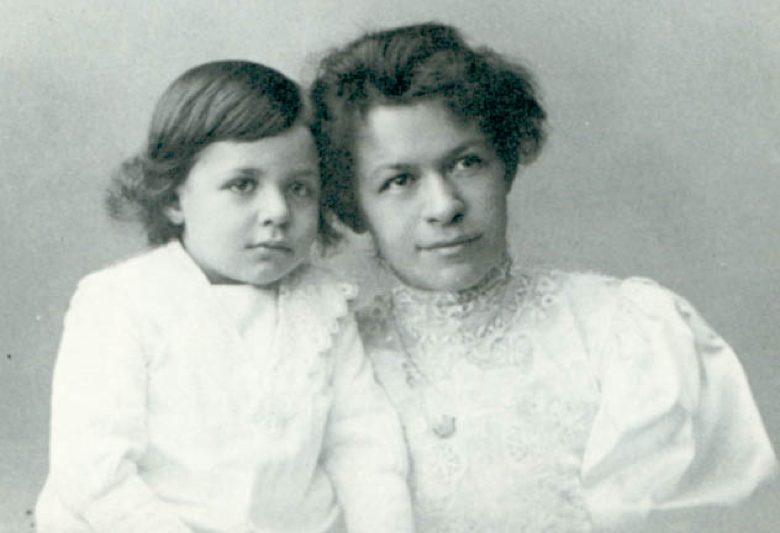 In and out of sanatoriums, Eduard Einstein did not have much of a life.

However, he was close to his mother. In a way, Albert Einstein pushed them together, claiming that his son's disease came from his mother's side. There is no evidence to prove this, yet it is no secret that Einstein was not the best husband to his first nor his second wife.

In 1936, one of the few women in math and physics, Mileva Maric, wrote to Carl Jung, begging him for help. Whether he responded remains a mystery. Her letter heartbreakingly wrote not only about her son's medical condition. It also revealed that Maric was penniless. And that's as much as history knows about her life after the divorce when her older son was already living in the States.

Eduard Einstein still enjoyed poetry and writing. Writing down his thoughts, living in Einstein's shadow was not easy. Eduard wrote:

"It's at times difficult to have such an important father because one feels so unimportant."

But, he would spend most of his time in Burghölzli, a psychiatric hospital in Zurich. After Mileva Maric died in 1948, Eduard, whose brother was also in the US, would live the rest of his days in the clinic.

Despite help from Albert Einstein, Mileva Maric worked as a piano teacher and sold two apartments to ensure the best for her youngest child. However, he died of a stroke, aged 55, on 25 October 1965.

The Many Tragedies Of Albert Einstein's Family

In many ways, one of the greatest minds ever failed his family. This is, perhaps, due to his nature, though some believe that Einstein was on the autism spectrum. That would explain his lack of social skills, discomforts when touched, and more.

The Nobel prize winner did not give away money easily. His older son, Hans Albert, just like his father, did not excel at school. However, he found his path and became a professor at Berkley University.

Hans Albert Einstein's life was full of tragedies. He married Frieda Knecht, who wed in 1927. The couple fled to the States in 1937.

Their second child, Klaus Martin Einstein, died at the age of 6. Their third one died as a baby.

The couple had a troubled son, Bernhard Caesar Einstein, who eventually became an engineer. They adopted a daughter, Evelyn, who was nothing short of brilliant. Despite speaking five languages and holding a master's degree in Literature from Berkley, she died homeless, outraged that she never got a dime from her grandfather's fortune.

Elsa Einstein did not live a long life. She was only 60 when she passed away, detached from her husband. For Albert Einstein, it was a marriage of convenience. They did not have children, so until his death, 18 April 1955, Einstein lived alone.

The Resting Place Of Eduard Einstein 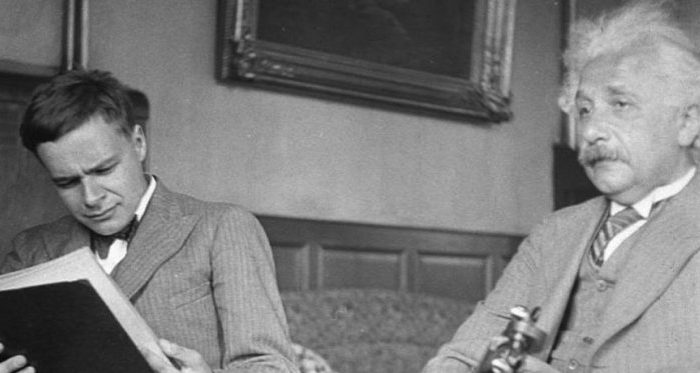 Apart from photos from his childhood, the only one known to the public shows Eduard celebrating his 45th birthday.

Like his mother, Eduard was Serbian Orthodox, though it remains a mystery what his thoughts on religion were.

In his final years, Eduard read a lot of melancholic poetry. It's not that Albert Einstein did not want his son to come to the States. It was a simple fact that Eduard Einstein's mental health was decorating with each passing year, making it impossible to leave Zurich.

Writing about Eduard, the celebrated scientist expressed how much he enjoyed getting his poetry and pictures:

"The more refined of my sons, the one I considered really of my own nature, was seized by an incurable mental illness."

In later years, Einstein was more sympathetic to his family, writing to a young man:

"What I admire in your father is that, for his whole life, he stayed with only one woman. This is a project in which I grossly failed twice."

Eduard Einstein knew he was dying alone. In one of his poems, Lonely End, he explained his feelings, in the final line saying:

"My grip on myself,

Took everything from me."

Despite the treatments that seemingly made his condition worse, his artistic side never left him.

What was left was the answer to whether young Eduard would step away from his father's shadow and become a name for himself.

Eduard Einstein is buried at Hönggerberg-Cemetery in Zurich. His family ancestors have been trying to raise public awareness of schizophrenia.