Edie Sedgwick was a counterculture icon. Her short life was full of extreme highs and lows, leaving Andy Warhol and Bob Dylan in awe just by the way she walked, talked, or wore her leotard.

Edie Sedgwick was the mid-60s: young, beautiful, unrestrained, but troubled, intense, and short-lived. She died when she was only 28, but Edie remains a legend despite not having an actual job. 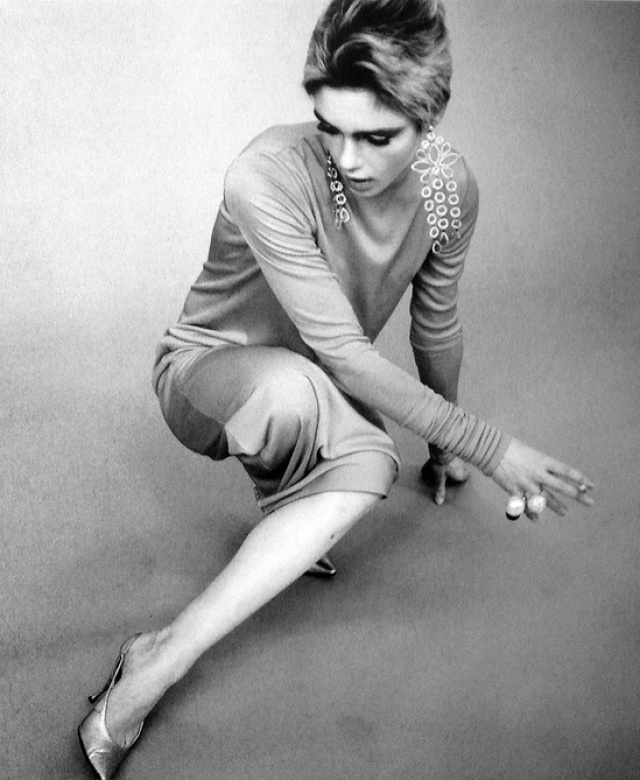 Edie Sedgwick (full name Edith Minturn Sedgwick ) was born on April 20, 1943. She grew up on a family farm in Santa Barbara with her seven siblings. Her family was not just wealthy: they were the cream of the American society, as her ancestors were Robert Sedgwick, the first prominent general of the Massachusetts Bay Colony, William Ellery, who was a signatory to the Declaration of Independence, and Ephraim Williams, benefactor, and namesake of Williams College.

Despite their social status and connections, all Sedgwick kids had their fair share of troubles. On a massive farm with nannies and servants, they did not get to experience much. Being taught they were superior due to their heritage developed many problems, and many stayed in mental institutions.

The children did not have a good relationship with their parents, especially with their dad, who was controlling, narcissistic, and paraded other women in front of his kids. Edie, many years later, claimed it was not just harsh words and lack of interest but molesting.

After Edie caught her dad Francis with another woman, he called her insane and had her hospitalized. During that time, Edie's eating disorder became apparent as her weight dropped to 90 pounds.

Edie Sedgwick was in and out of mental institutions. She finally lost her virginity at 20 to a Harvard guy, got pregnant, and had an abortion, citing her mental health issues.

Sedgwick started studies in Cambridge, Massachusetts, with her cousin. She was insecure, and men wanted to save her from herself, but Edie was shy despite her effect on them.

Instead of breaking free, young and fragile, Edie lost two brothers in 10 months, which scarred her for life.

Minty Sedgwick hung himself after he told Francis Sedgwick that he was gay. The Sedgwick father said he would force him into becoming straight, and at 26, Minty ended his life.

Robert Sedgwick crashed his bike as he, too, was struggling with mental health issues. 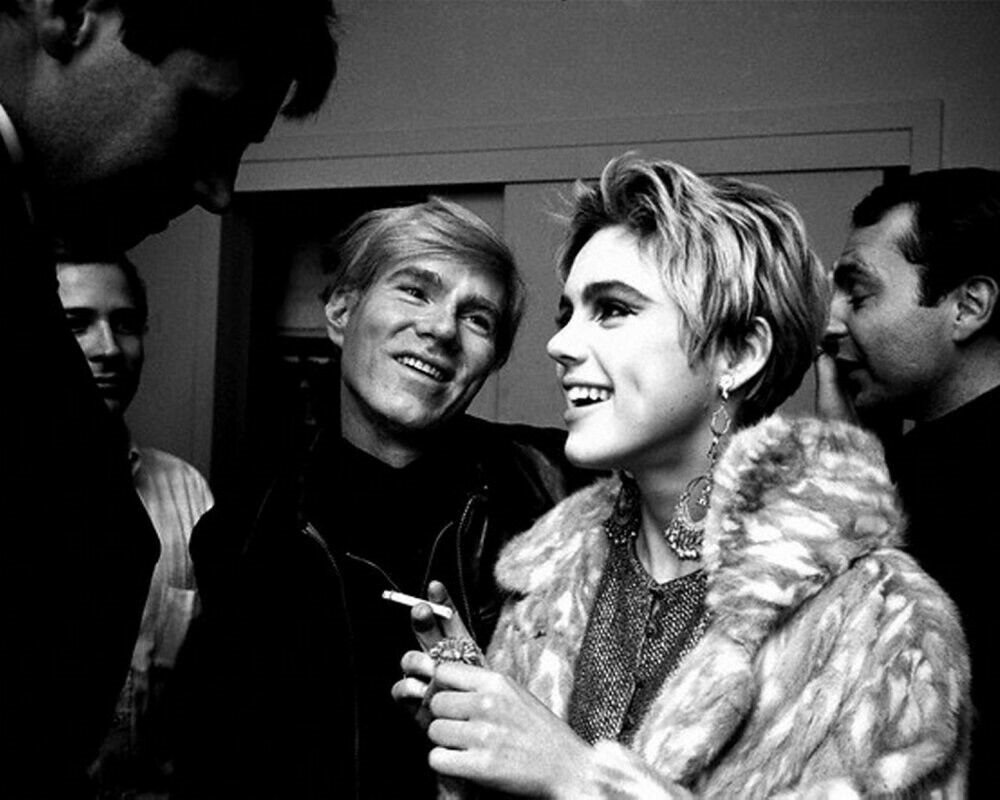 After turning 21 in 1964, Edie Sedgwick received 80,000 dollars from her grandmother and moved to New York City.

In March 1965, Edie met Andy Warhol. She was his Marilyn Monroe, muse, his Factory girl, his ticket to Hollywood.

Warhol gave Sedgwick a purpose: he placed her in his movies, and after Beauty Number 2, the star was born.

Soon, she started hanging out with Bob Dylan and his friends. Dylan convinced her to sign with his management, but things got complicated as Edie fell in love with Dylan, who was already married.

Not only was there a twisted love triangle with Warhol, Dylan, and Edie, but it went a bit crazier as Edie Sedgwick met Bob Neuwirth.

Edie was looking for love:

"I'm in love with everyone I've ever met in one way or another. I'm just a crazy, unhinged disaster of a human being."

It wasn't supposed to be Edie's life. She was supposed to get an education, marry a powerful man, have kids, and be one of the ladies who lunch. Instead, she was this wild party girl who everyone thought they knew.

Edie Sedgwick's clothes, makeup, hair, everything was setting up new standards. But, in her efforts to break free from her family, she lost herself even more.

So, Edie started drinking, taking all drugs known to man, and wearing tights, because getting dressed was too much hustle. Living off her inheritance in Chealsea hotel, she had nothing to worry about except herself.

Andy Warhol's factory was the first place Edie started using heavy drugs, but things got worse after their fallout. With her history of anorexia, bulimia, and shock treatments, the last thing Edie Sedgwick needed was alcohol and various drugs.

Of course, her family hated the course that Edie's life had taken. And at some point, Edie Sedgwick knew it was time to get clean. 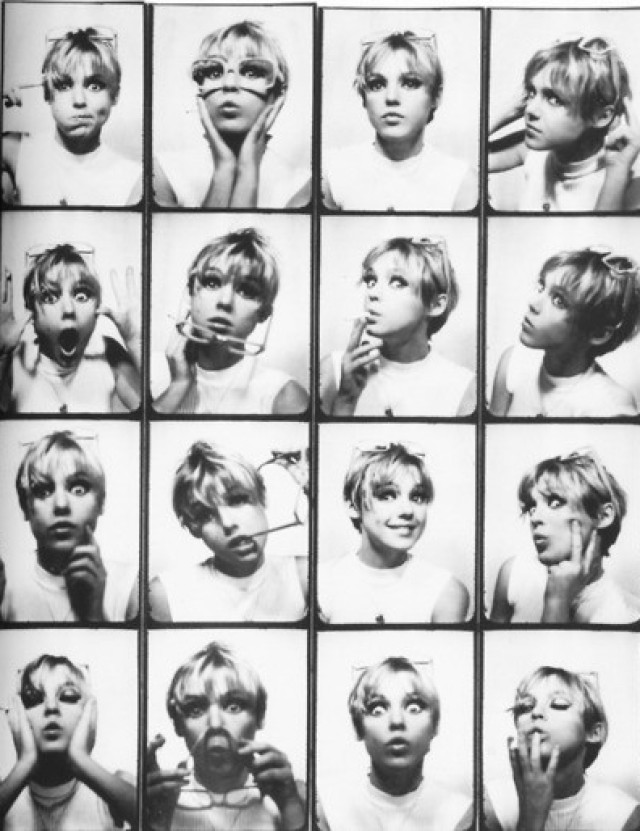 Edie Sedgwick was hospitalized once again in 1969. This time, she knew he had to stay sober, and she did, at least for a while. She was not just another pretty face, as she had depth, but the darkness was following her:

"Everything that happened to me has been a paradox for life. The very things that I should have done would have been the trap… I believed in something else. You have to work like mad to make people understand… Even if I don't make it, you know, I really insist on believing, and then I fall off the edge because there's nobody else to follow it."

During her stay in the hospital, she met Michael Post, and the two tied the knot on July 24, 1971.

Yet, despite the marriage, Bob Neuwirth was the love of Edie's life. Bob Neuwirth was Bob Dylan's friend, and the two shared a brief, passionate affair. The breakup came in 1967 after Neuwirth reportedly couldn't handle her drug abuse.

The same year, Edie's father passed away after being diagnosed with manic depression and having several nervous breakdowns. 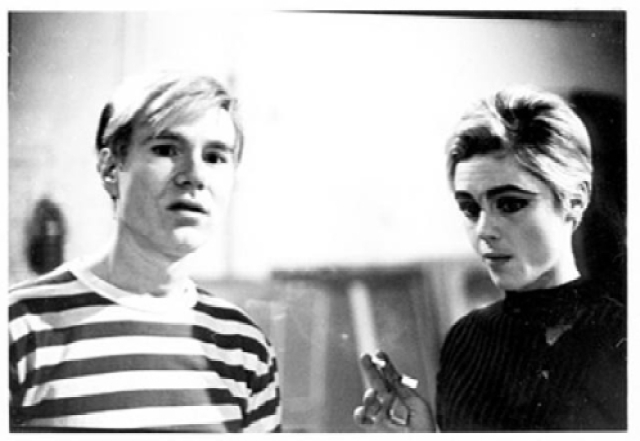 In April 1968, Sedgwick nearly died of an overdose. After being admitted to Cottage Hospital, she soon met a fellow patient and her future husband.

Enchanting, gorgeous, effortlessly stylish, with poise and grace, Edie was the first IT girl the world had met. But that was in 1965. The former queen of the underground film of New York was spiraling into darkness, and no one was there to help her. She replaced her focus of becoming an actress with peaceful, home life. However, she still wanted to leave an imprint:

Just four months into the marriage, on November 16, 1971, Eddie was back on drugs and overdosed in her sleep. 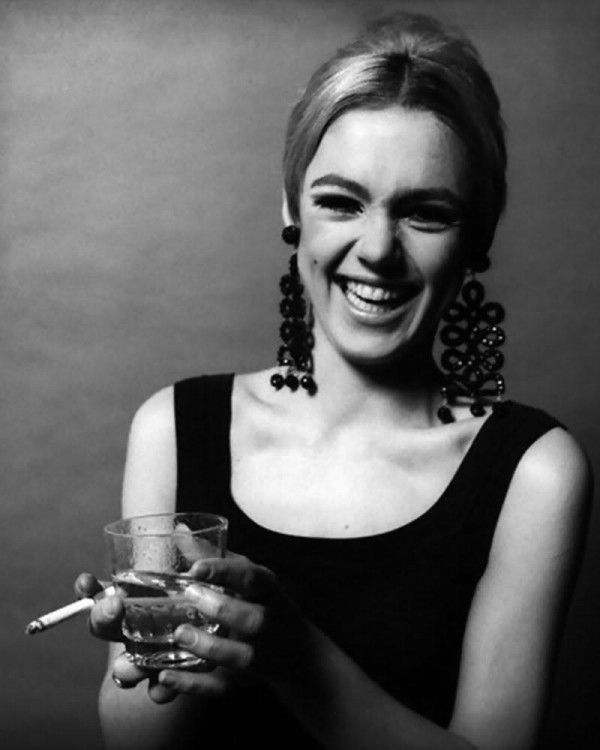 It was not a peaceful death. The same night she went to a fashion show, and someone called her a heroin addict. She was drunk and upset.

Her friends later said that Edie thought she was pregnant, but she was restless again, starving for stardom. Before the night of her death, she told Post she wanted to leave him.

The official cause of death was barbiturate overdose. But, with Edie Sedgwick, many suspected it was not an accidental overdose but suicide.

It appears that no one truly knew the real Edie Sedgwick. However, one thing is for sure: this woman, dead at 28, like a supernova, showed up and set the world on fire. 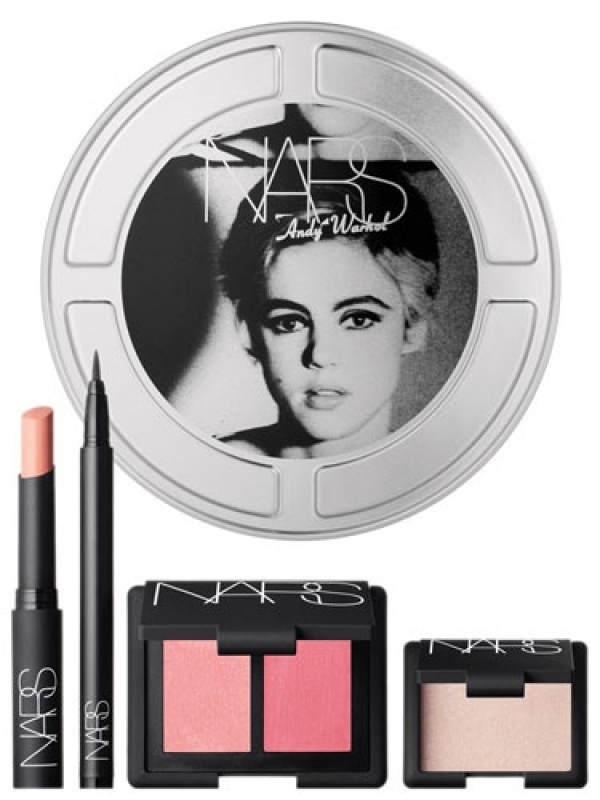 Her animal-print coat, tights, strong eyebrows, short hair, pale skin, and lips, everything that Edie did in the mid-60s, was copied. She was a Vogue girl, a superstar, without even lifting a finger.

Today, people see her as a victim of others' greed. Her coming to NYC was huge because having someone with such powerful connections was tempting. Yet, no one cared about her emotional wellbeing. 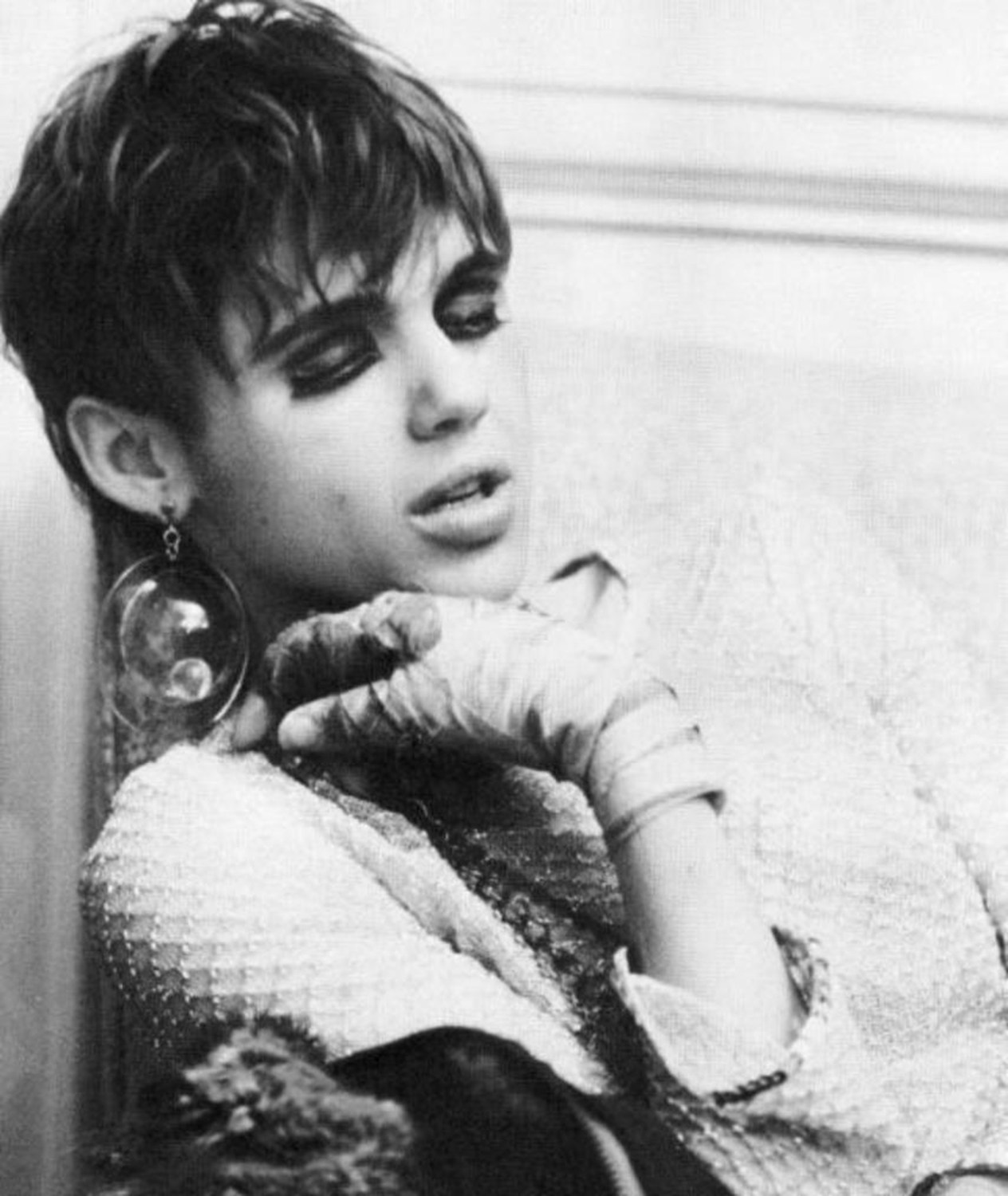 In 2006, Sienna Miller starred as Edie in the movie Factory Girl. Though the story was well known, it was Miller who made it come to life once again.

Edie was and remained the ultimate muse. She inspired numerous songs, from Like a Rolling Stone by Bob Dylan, unforgettable Femme Fatale by The Velvet Underground, Velocity Girl by Primal Scream to Girl In A Million (For Edie Sedgwick) by Dream Academy and Edie (Ciao Baby) by The Cult.

NARS had a makeup collection to celebrate Edie Sedgwick's legacy. 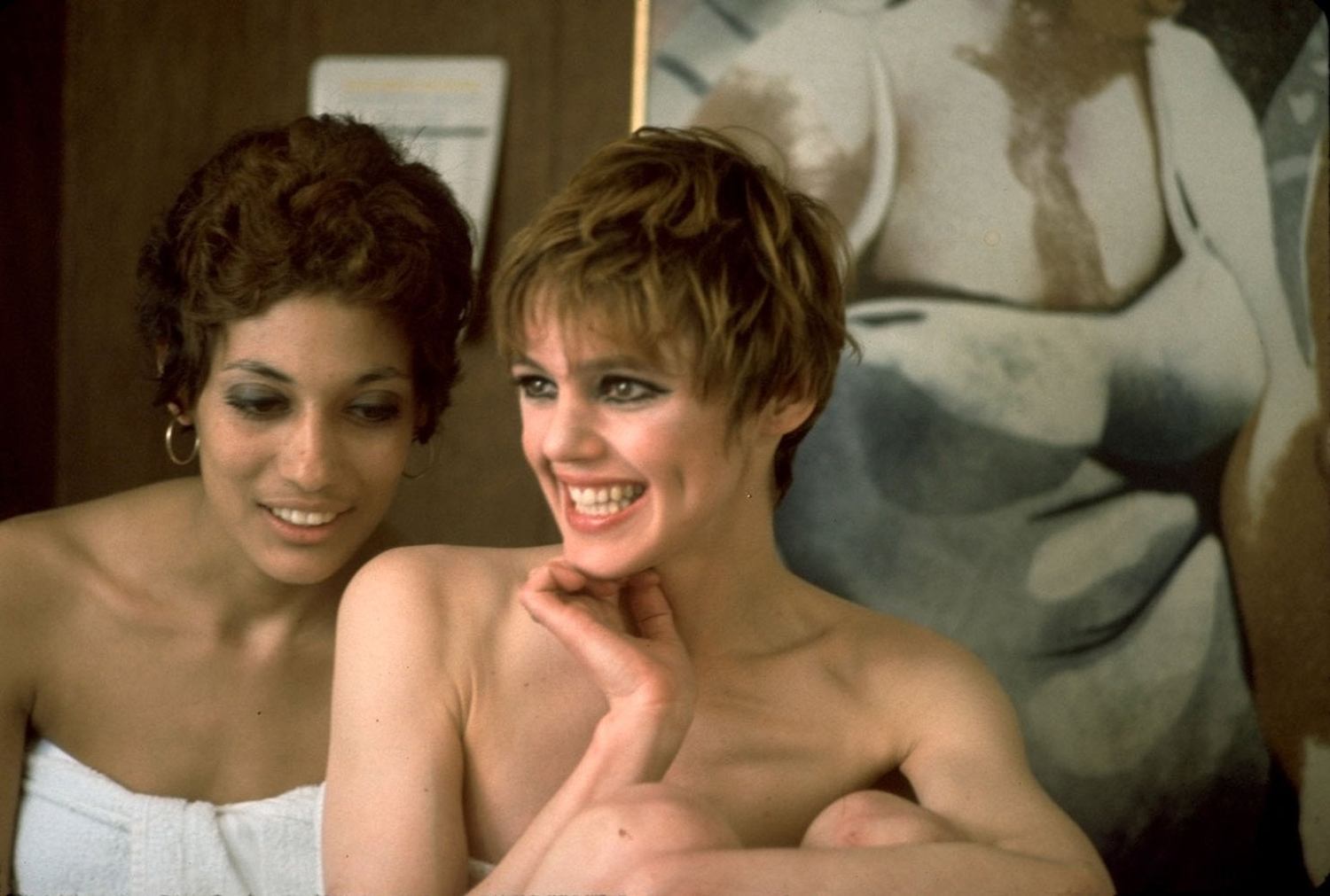 To this day, many claim that Warhol used Edie. And that might be the case. But his description of the young beauty seems to be one of the most accurate:

"I could see that she had more problems than anybody I'd ever met. So beautiful but so sick."

The final look at Edie Sedgwick came in Ciao! Manhattan. The filming started in 1967, and it was supposed to be Edie's big break to the mainstream media. However, due to her drug addiction, it was finished later and finally released in 1972. 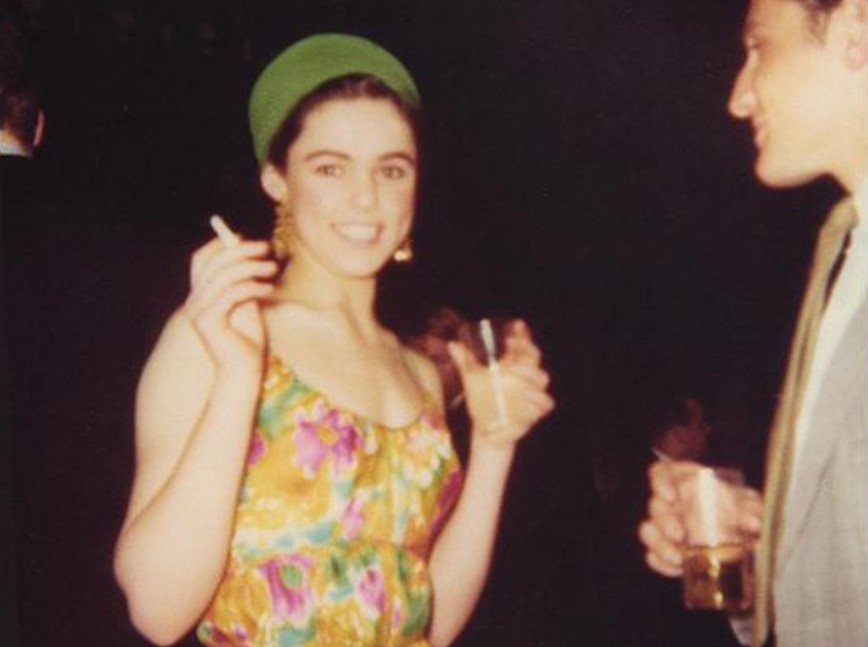 There are rumors that Edie wasted all her money and had to sell herself for drugs. There is still chatter about her and Dylan, as she was allegedly pregnant with his baby. Of course, her puzzling relationship (and the big fallout) with eccentric Warhol will remain the biggest mystery of the 60s pop culture.

Edie Sedgwick's life was fast, tragic, even sickening at moments. In her 28 years, most of them spent in and out of institutions, she created magic, and no one knows how or why. But, her legacy is hauntingly beautiful.