Although Bailey Cooper was worn out and suffering from excruciating pain due to his desperate battle with cancer, he completed one seemingly impossible mission.

Bailey was getting closer to the end of his life, but he held on a lot longer than he had to just for a chance to meet his little sister.

Bailey's mom, Rachel Cooper, had informed the boy that they were about to welcome a baby girl into the family. Once the boy knew this, he decided that he had to cuddle her before his time was up.

According to his father, Bailey was thrilled to learn he would have a sister. During his mother's pregnancy, he loved to rest his head on her belly and talk to the baby.

When his mother had a baby, the little girl was named Millie, which means "gentle strength."

Weeks after she was born, Bailey was the ideal older brother. Despite the suffering he was going through due to his illness, he showered her with love.

It was apparent that he loved her with everything he had. In the limited time they spent together, he held her close and showed her his affection.

After He Was Diagnosed, Bailey Had Many Remissions 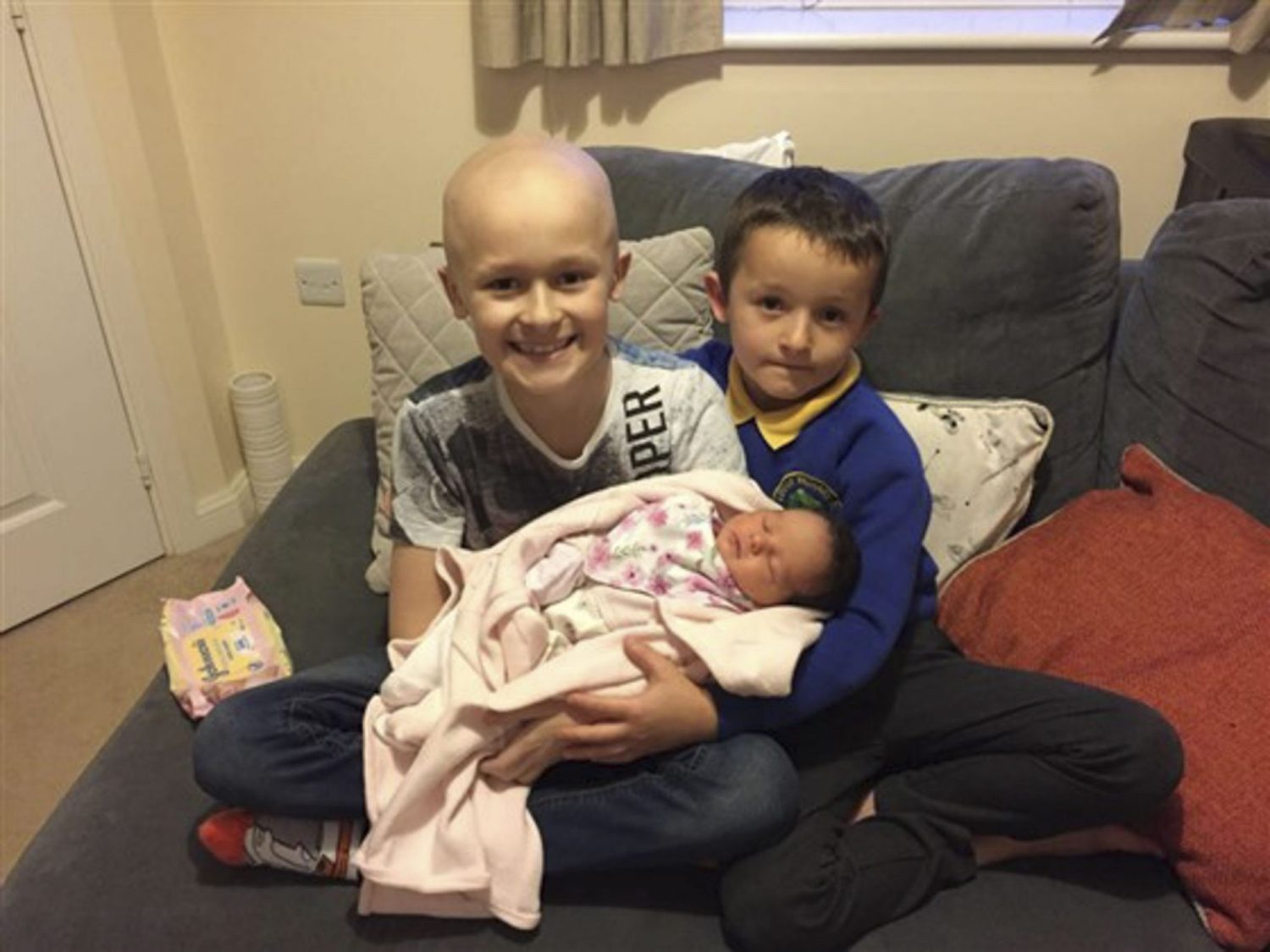 Bailey got the heartbreaking diagnosis after he fell ill in 2016. He was told that he had Non-Hodgkin's lymphoma.

In this form of cancer, the white blood cells multiply abnormally. After that, they spread into other organs in the body, causing tumors.

When doctors found out that Bailey had cancer, he was already in stage three.

For months, he got chemotherapy treatments. In February 2017, the cancer was in remission, and his parents were told to take him to the hospital every three months.

Sadly, several months later, when the boy's parents were on vacation, they got some terrible news.

Rachel, Bailey's mom, had never forgotten the sad day. The family got a call informing them that Bailey had relapsed.

The boy was breathless and tired, and the doctors started chemotherapy sessions once more. They were confident that he would go into remission once more.

Sadly, at this point, the tumors had done permanent damage to his organs.

Bailey's father said they tried everything possible, including a stem cell transplant. In July, the boy was in remission once more.

Unfortunately, in August of 2017, cancer reemerged, and his internal organs had gotten a lot of strain and damage. It was already too late for him.

According to his father, when Bailey learned he would not beat cancer after the second remission, he wanted to know if he would meet his baby sister "before going to heaven." 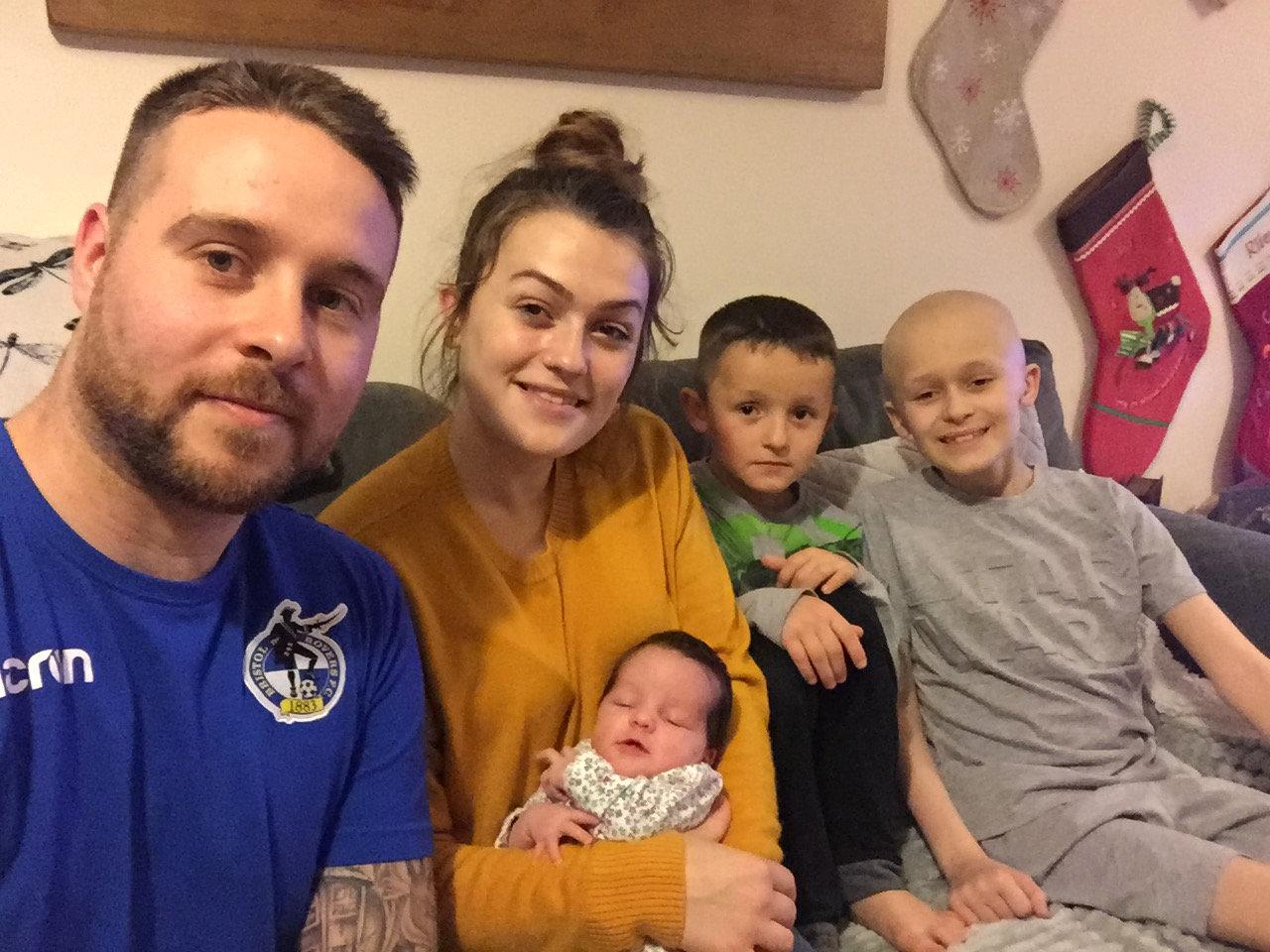 At the tender age of nine, Bailey had to face the brutal reality that his time in this world was running out. He knew he did not have long and was in excruciating pain.

He asked those attending his funeral to wear superhero costumes. Bailey had another rule for his parents: "You're only allowed to cry for twenty minutes."

The boy did not want his loved ones to mourn him for days on end.

On their part, his parents wanted to get him Christmas gifts. However, his gift choices were a little different from what a kid his age would go for.

The things he picked were toys for his six-year-old brother Riley. He made these choices because he did not want his brother to play with what he left behind.

The boy passed away on Christmas Eve in 2017.

He spent his last moments with his family and friends. Bailey was fearless and tried to hold on for as long as he could.

His father said that when they knew his time had come, they told him he could stop holding on. As soon as they told him to "stop," he breathed his last.

Only a tear came out of his eye, indicating that he died peacefully. He was at a hospice facility close to his home in Bristol, United Kingdom.

On the day he died, his breathing was very shallow and irregular. This made it clear that the boy was living out his last moments.

In his last minutes, he was holding his baby sister Millie, who was the reason he held on for that long. The girl was born on November 30, 2017, so he had several weeks to enjoy her company before his death.

He fell in love with Millie as soon as she was born, and he would feed her, bathe her, change her, and sing for her until his physical strength could not take the exertion anymore.

Ultimately, he did everything he wanted to do for his sister once she was born.

Hundreds of people showed up on January 6, 2018, to give their final respects to Bailey Cooper. His football icon and friend, Tom Lockyer, was there as they laid him to rest.

In his last moments, all he focused on was doing the best he could to show the immense love he had for his loved ones. Bailey was indeed an angel, and we can bet that his deeply meaningful life will not be forgotten soon.

The family has worked to ensure that Riley and his sister Millie do not forget Bailey. According to her parents, Millie's face always lights up when she sees pictures of him.