Payback is a giant penis! Faye Kinley is every girl's hero because she managed to beat an annoying dude with a dick pick with his own weapon.

Faye is a 20-year-old student from Glasgow. Despite being born a male, she is all woman, and getting unsolicited pictures of penises is not normal, yet she got used to it. Like pretty much every other lady on the planet.

Since some men are so desperate and think that they will get some reaction to their unwanted photos, this lady teaches one of them a lesson. And the Internet is loving it!

Though it all sounds innocent enough, the infamous dick pics are a form of sexual abuse. And even though this little revenge won't change much, it did make our day.

Faye proudly refers to herself as "that one girl with a dick." One day, she had enough, so she decided to show him hers after he showed her his... 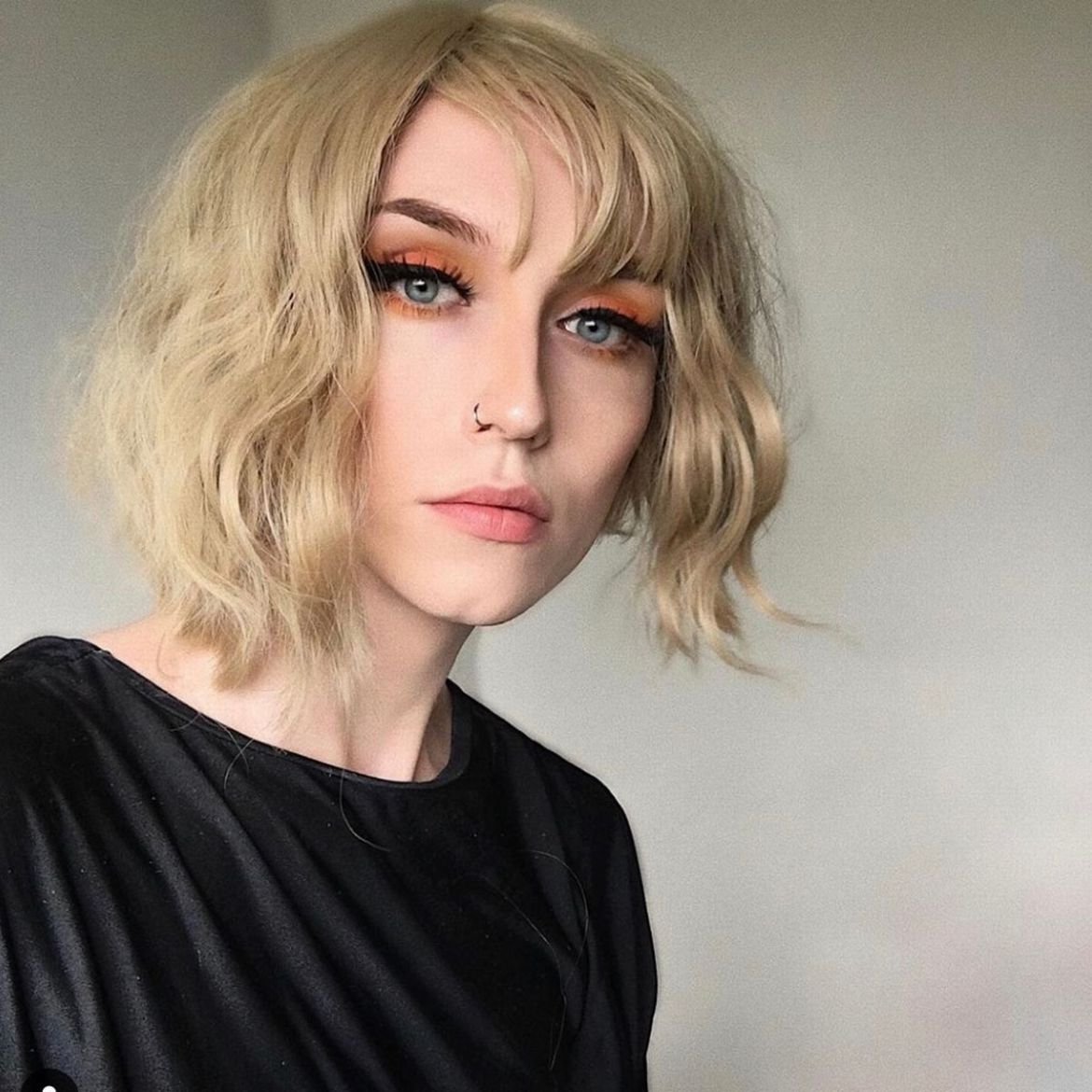 "This random guy somehow got my number off here and sent me a d**k pic and I guess he didn't appreciate it when I sent a picture of mine back, worked like a charm."

The perv, who Faye thinks got her number from Facebook, texted her the X-rated picture adding:

Instead of being irritated, Faye decided to have some fun.

She sent her own snap back immediately, sending chills down the creep's spine. He quickly replied:

"Why would you send me that? I'm blocking your number now. Bye."

Twitter users praised Faye, as some were impressed with her laid back approach, and others noticed that she had a bigger tool. And everyone, including us, love how this woman's quick thinking turned the creep's day into a nightmare. 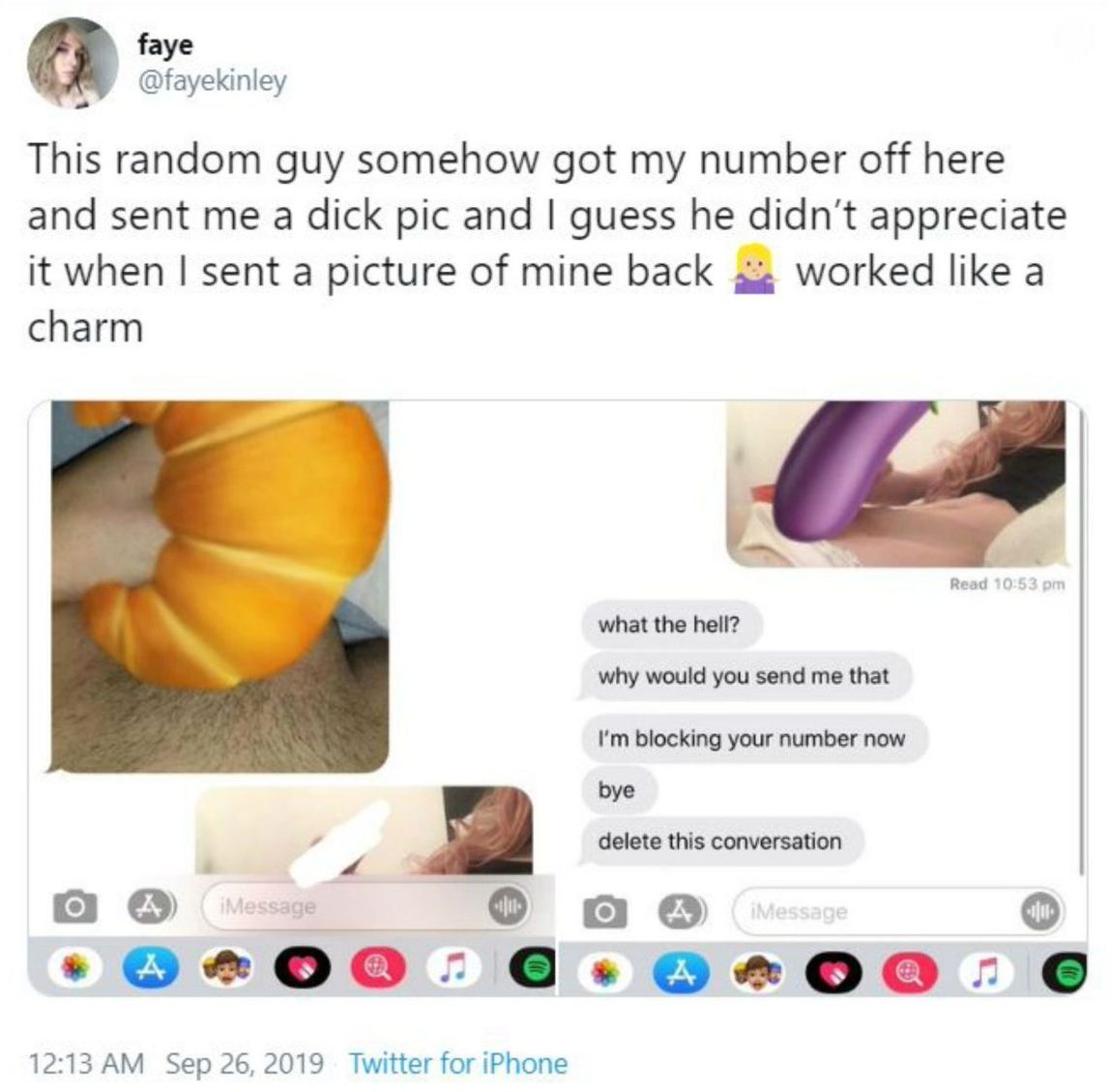 "I don't know you but I love that you did this."

"Men really flip out when you treat them the way they treat you."

And there's this one stating every man's biggest fear:

After things cooled off, Faye explained:

"I've received a fair few unsolicited pictures in the past, but for some reason, it just occurred to me how funny it to be if I did the same thing. His response was exactly as I expected it would be.

"My number got blocked immediately, and I still have no clue who this guy is! 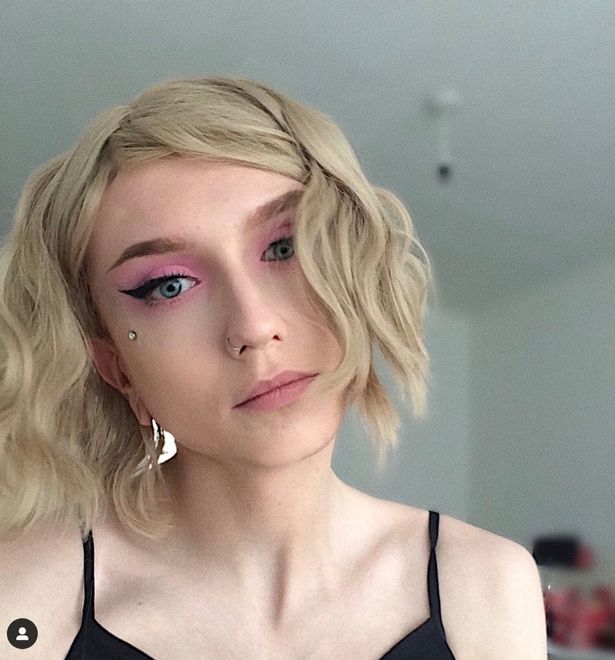 The young woman isn't bothered by all the dick pics, but she thinks there are bigger problems. She continued her story:

"I have somewhat of a platform on Instagram and such, and if I went and reported every unsolicited d*** picture I received, I would be at it 24/7."

"I think if someone was upset by receiving something like this, they definitely should have the right to report it."

"Personally, it doesn't bother me that deeply and on a personal level, I've found the police to be negligent when actual sexual assault is reported, never mind something like this."

Sadly, we can't all have penises, but we can be creative and witty. When it comes to dick pics, it's never every gal for herself. We suffer and laugh at this idea of seduction together!