Right, if I know one thing about this rapidly changing world, it is that things can get claustrophobic pretty quickly. This is never more true than when driving and - as one driver found - you suddenly find yourself accosted by an unwelcome visitor.

I'm not talking about a human being here or even the pile of empty water bottles clattering around that you promised you'd throw away last week. No - I'm talking about that terrible moment when you realize you have a spider in the car. 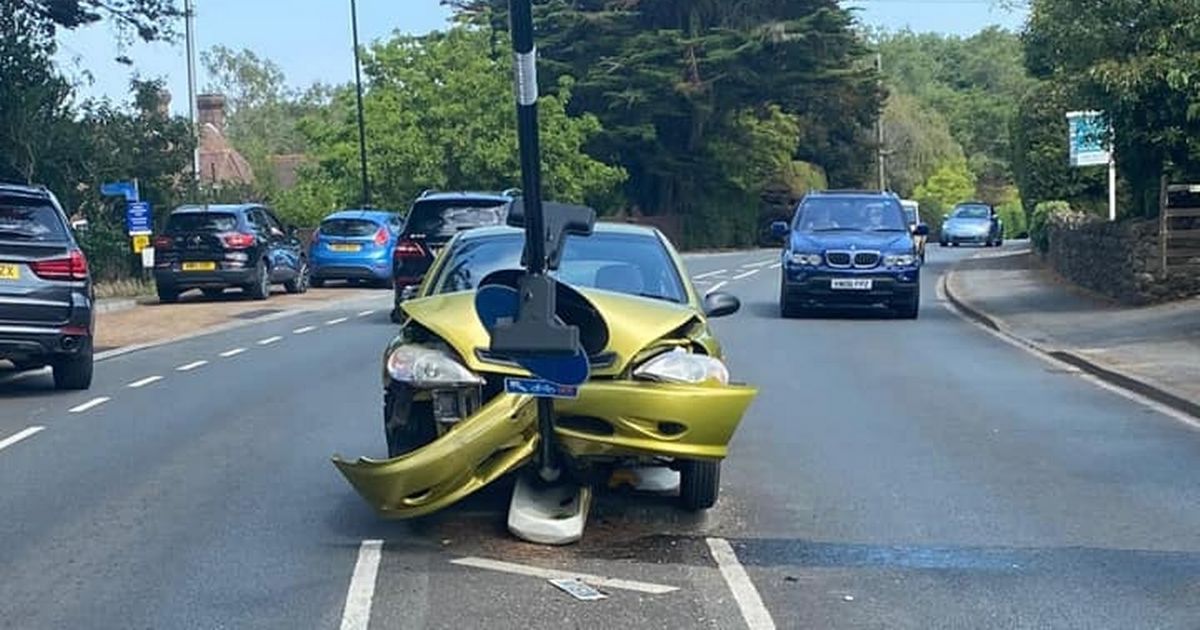 Much like the characters of Star Wars, when they realized they had a traitor in their midst, surely there is no more intense, heart-stopping moment than this?

Certainly, this was the case for one driver who faced a similar fate and, in his valiant efforts to remove the spider, actually crashed his car into a road sign! Talk about divine Providence!

Although I certainly wouldn't advise this technique for extraction, I can't fault the man's wishes to be free of the insect at any cost!

Even the local police seemed to find this amusing once it became clear that the danger had passed. Thankfully, everyone was safe.

The Isle of Wight Police provided a selection of tongue-in-cheek pictures detailing events. I can't be the only person wondering the spider is now, can I?

If one thing is for sure, it's that I won't be visiting Kite Hill in Wootton any time soon. 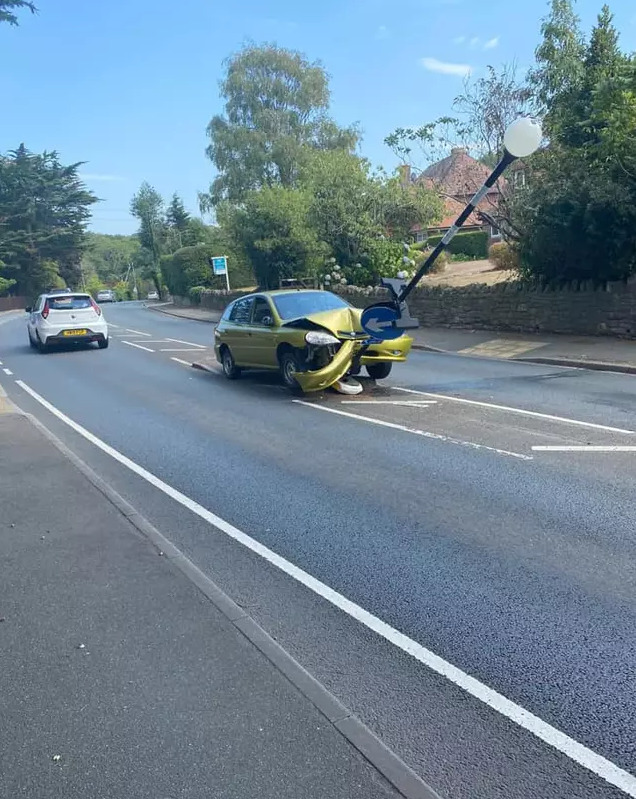 Some fun-loving tourists do like to return to the scene of the crime. Or to visit old relics of horror flicks like the hotel in American Psycho. I have no such spirit for adventure.

The police continued to discuss the crash when questioned about eyewitnesses. Accordingly, the following transcript was provided to explain the destroyed public property. The pursuit of 'attempting to eliminate a creepy-crawly from his vehicle at the hour of this occurrence' did grab our attention!

On the one hand, it is important to state that, logically, I recognize that humans are much bigger than spiders. The irrational part of my brain forgets this as soon as the threat of proximity to an insect is introduced.

It is something about the legs! Nothing should be that small and have so much power over a moving vehicle.

Speaking to the driver in question, who was shaken but physically unharmed, he seemed quite embarrassed by the night's events. Continuing in his report, the police officer at the scene provided more details: 'our ARV/associates have had a bustling evening. They at present are managing this vehicle on Kite Hill in Wootten'.

The force also issued a warning to the public! 'Please remember this when you are going through this route as the traffic may be somewhat slower moving until this vehicle is recouped".

However, on a more positive note, the driver only recorded minor superficial wounds. The police officer encouraged a more vigilant, safe approach to driving in the future.

All this to say, everyone stay safe - but keep your eyes peeled!