Former POTUS Donald Trump opened an Office of the Former President to announce his plans from his new base in Florida.

Trump left the White House and replaced Washington D.C. and the Oval Office with the Mar-a-Lago resort in Palm Beach.

Though he cannot present his projects on social media due to multiple suspensions and bans, the Trump administration posted an update about his future.

Donald Trump has set up an office in Palm Beach, Florida and is ready for his post presidency pic.twitter.com/wtoRqtAfdJ

A statement from the Office says:

"The Office will be responsible for managing President Trump's correspondence, public statements, appearances, and official activities to advance the interests of the United States and to carry on the agenda of the Trump Administration through advocacy, organizing, and public activism."

"President Trump will always and forever be a champion for the American People."

It sounds unusual for people outside the States, but The Office is available via the Former Presidents Act. This law provides lifetime benefits to former presidents who haven't been removed via impeachment or the 25th amendment. Trump's still close to both.

The office of the former president is giving me assistant TO the regional manager vibes pic.twitter.com/0u1Wj7z4XZ

Trump will be back, apparently

In his last speech before leaving the White House, Trump declared:

"It's been a great honor and privilege to be your President… I will always fight for you, I will be watching. I will be listening… goodbye. We love you. We will be back in some form. Have a good life. We will see you soon." 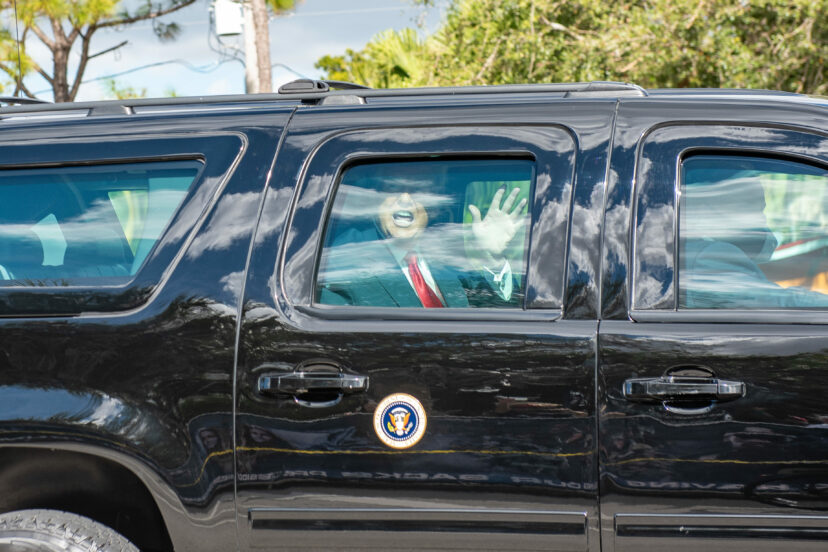 donald trump opens office of the former president in florida

Many predicted that Trump would eventually retire on his Florida estate; however, he vowed to return. It's unclear whether the former POTUS will start his own political party or have another run for the White House as a Republican in 2024.

The New York Times 'Maggie Haberman made a series of tweets regarding the former President's future. Yet, Trump's administration seems to be good at keeping secrets regarding his future moves. At least for now.

Trump has started to believe there are fewer votes to convict than there would have been if the vote had been held almost immediately after Jan. 6, the people familiar with his thinking said.

Donald Trump hasn't been seen in public since leaving the White House. It's almost certain that he's spending his time at his luxury Mar-a-Lago resort. This might be since he's waiting for the second impeachment trial, set to start on February 9.

donald trump opens office of the former president in florida

Trump made history: he's the first US president in history to face the process twice. If found guilty over claims he incited the Capitol riots that left five people dead, he will be unable to run for political office again. He could also lose access to other benefits, including his pension and his travel allowance.

Yet, it's Donald Trump. He may no longer be wanted in NYC, but we are sure he'll find a way to keep himself in the spotlight.

It will be hard. He can no longer tweet, and something tells us that hurt him just as much as losing the elections to Joe Biden.