Chapman, 28, posted a sexy photo with a carefully placed peach that covers her behind. It is clear that she is nude, and she protected her privates in an attempt to follow Instagram's guidelines.

Cecily is the daughter of Dog the Bounty Hunter's late wife, Beth Chapman. She was in trouble with the law before and even stated that she only saw her adoptive father, Dog, twice since her mother passed away in 2019. 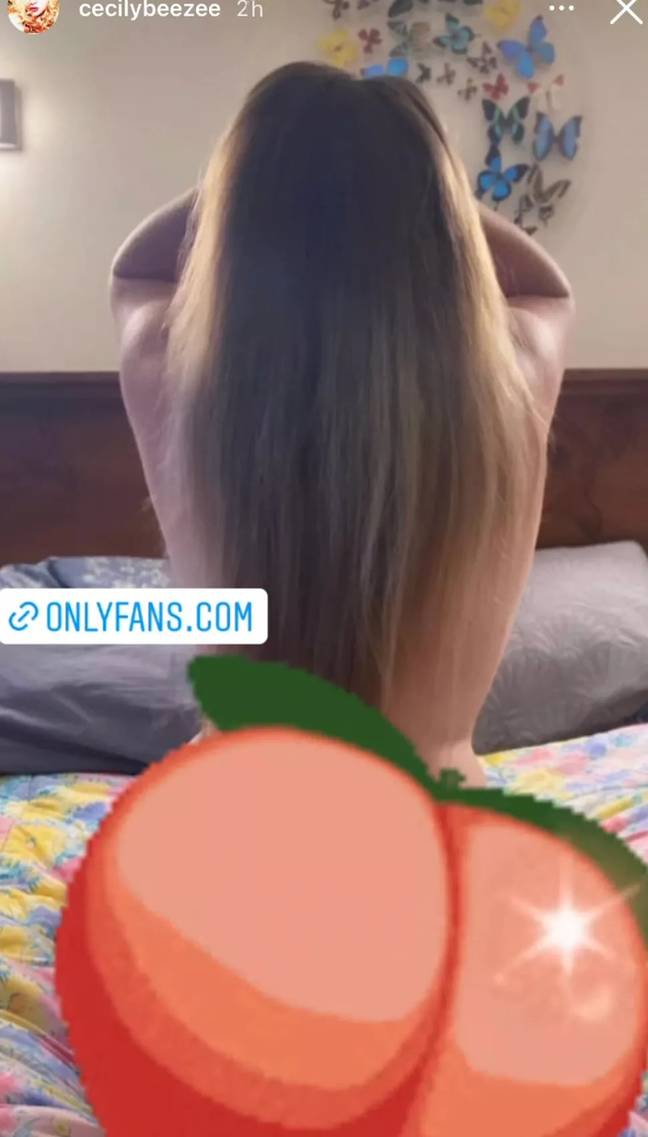 Dog has since remarried in 2021, but Cecily claims she was not invited to the wedding.

Dog's daughter Bonnie claims that the invite did not come through because Dog got fired from Unleashed Entertainment following a breach of contract. We are not sure what one has to do with another.

Cecily Chapman is joining numerous celebrities who are making profits on OnlyFans.