Dr. Simone Gold was recently sentenced to 60 days in prison for being in the US Capitol during the infamous January 6 insurrection. Gold is a Beverly Hills resident, and she is popular for promoting debunked COVID-19 claims.

She is the founder of America's Frontline Doctors. In addition to the sentence, she was asked to pay a fine of $9,500. This is the largest fine imposed on the nearly 200 rioters who have so far been sentenced for their role in the infamous event.

"Your organization is leaving people with the misimpression that this is a political prosecution or that it's about free speech."

The judge criticized America's Frontline Doctors' effort to raise funds that have described January 6 as a "political persecution."

The fundraising drive has so far raised over $400,000, and the doctor has called this "unseemly" and a "disservice to the true victims that day." 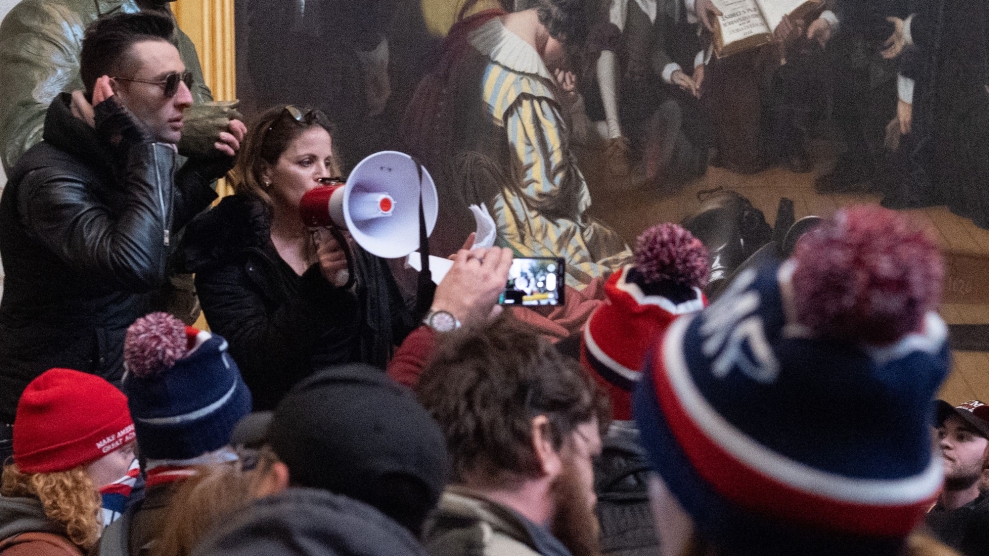 The judge pointed out that January 6 was not about free speech or COVID-19 vaccinations.

A day before the riot, Gold spoke at the January 5 Stop the Steal rally, saying:

"... if you don't want to take an experimental biological agent deceptively named a vaccine, you must not allow yourself to be coerced!"

The next day, on January 6, she joined a crowd of rioters who forced their way past officers trying to stop the riot from getting into the Capitol. Once she got inside, she spoke to the crowd using a megaphone.

The crowd was in the Statuary Hall.

After she faced the charges, she pleaded not guilty.

Back in 2020, Gold went viral after she appeared in a viral video that the then-president, Donald Trump, retweeted. The video was later taken down from various social media sites for offering misinformation about COVID-19.

The video had Gold and other members of America's Frontline Doctors standing on the steps of the Supreme Court.

The group said masks were not needed to stop the spread of coronavirus. They were also saying that hydroxychloroquine was a cure for the viral infection.

Since then, she has been blocked by major social media platforms such as Facebook.

Later, America's Frontline Doctors said to the media that Gold was not part of any incident that involved violence and vandalism. The organization claimed that she had explicitly spoken out against such activities by other people.

The organization also claimed that it had recommended other vaccines to COVID-19 patients and then argued that "more study and greater transparency are needed with respect to COVID-19 vaccines."

Many alleged rioters have promoted theories against vaccinations. Others have decided not to get vaccinated.

Last year, a husband and wife who had anti-vaccine protest signs during the Capitol protests were sentenced to two years of probation.