A bizarre and vile video of a man from China eating baby mice has gone viral. Social media users are not happy about this footage, some calling it animal cruelty.

At the same time, we're thinking about all the mice that made our childhoods from Jerry and Speedy Gonzales to famous Mickey.

The fact that people eat food without cooking it is despicable. Some say, "but it's tradition."

Yet, we are supposed to evolve.

The shocking video is from China

Before you continue, it's our duty to inform you that the following video is quite graphic. If you're a genuine animal lover, you might feel nausea, anger, and incredible sadness.

In southern China, the dish is called Three Squeaks. You guessed it, the name comes from the squeaking sounds that the baby mice make when picked up, dipped, and finally placed in the eater's mouth.

It's the stuff that kills your soul. But, let's continue to the video.

An identified man is caught on camera with eleven little mice. They are so young that they are still blind. Creepy.

There's a bowl of soy sauce and a can of Budweiser. Because nothing screams Asian tradition as Budweiser.

Anyway, the man seems to be enjoying himself, dipping the babies into the sauce, and then... Well, you know how this ends.

The video was posted by a user @sauwingso and the comments are full of profanities.

"I can't believe these pictures. In this civilized society, we eat newborn mice. Scared me intolerable."

And that's pretty much how most of us feel. Other Twitter users added:

"Oh my God! How can he eat a newborn mouse? Disgusting!"

The netizens did their best to gather the attention of big networks, while others started a war on China, and calling Covid-19 karma.

To be fair, the government banned this dish, but some restaurants are still making it. Perhaps not as much now, since the pandemic made us rethink our eating habits. Hopefully.

And this isn't the first time some people's eating habits had us on the verge of a nervous breakdown.

There was footage showing a Chinese woman eating a whole bat at a fancy restaurant before this video was posted.

And no, that's not some old clip. The woman apologized because Covid-19 was already taking its toll.

No, we're not pretending that we're all vegans here. But that's one thing we are working on.

" If animals could speak, mankind would weep."

Think about this quote by Anthony Douglas the next time you feel like having a bucket of chicken nuggets. Or when you're thinking about buying a leather jacket. 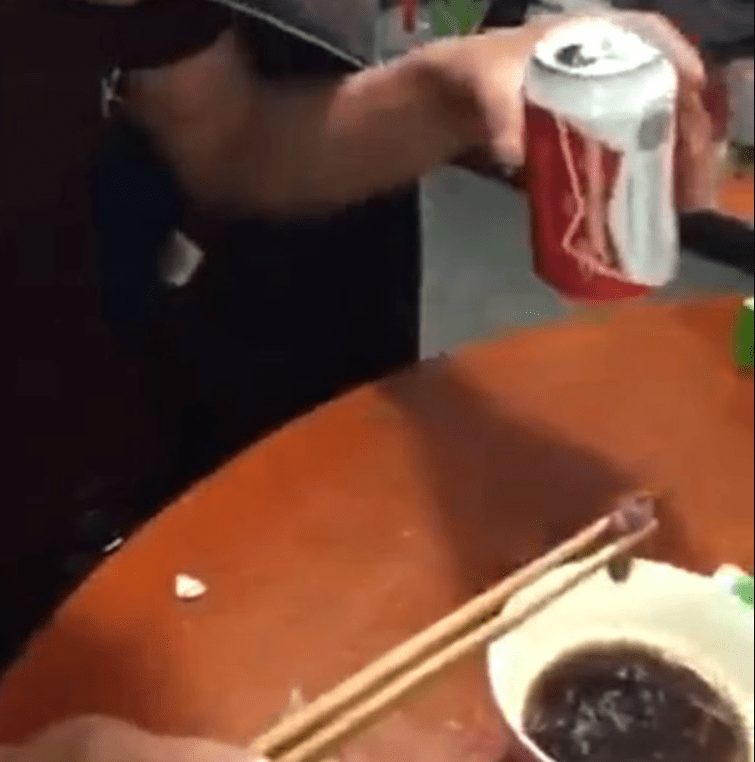 As for eating live mice babies, stop it, no matter how delicious it may be. The way you treat animals shows your true nature.

Think before you eat!