There's something magical about revisiting your favorite cartoons, and Disney characters are certainly among everyone's favorites.

As you will see, Alex Pick, aka @apicollodraws, is a Disney lover and a fantastic artist. His work includes reimagined movie posters and turning Disney characters into humans. He spoke to BoredPanda, and here's what he had to say about his love for Disney as well as his work.

His mashup received a lot of positive attention on Instagram, and apart from Disney, he's also playing with Harry Potter and famous movie characters.

Speaking about his project, Pick said:

"It was an idea already for a very long time to transform the animals into humans and also the other way around! I like these switched roles and those kinds of mashups."

It's quite clear from the images that Pick's a huge Disney fan, and if you're as well, you will love his creations.

Pick On His Career And Disney Heroes

Animation and drawing are Alex's biggest passions. He explained:

"I have always been drawing ever since I could hold a pencil! I never wanted to do anything else!"

"I dreamed to work for Disney as a kid and to see my name on the screen or in the cinema in the credits of movies! Since 2000, I've been working as a designer for a German animation studio! And in my free time, I draw a lot of fan art."

The artist added that he grew up with Disney and revealed that his favorite movies "are some of the classic 2D animated ones like The Little Mermaid or 101 Dalmatians, Aladdin, Beauty and the Beast. There are so many! But I also love the 3Ds like Tangled, Moana, and Frozen!" 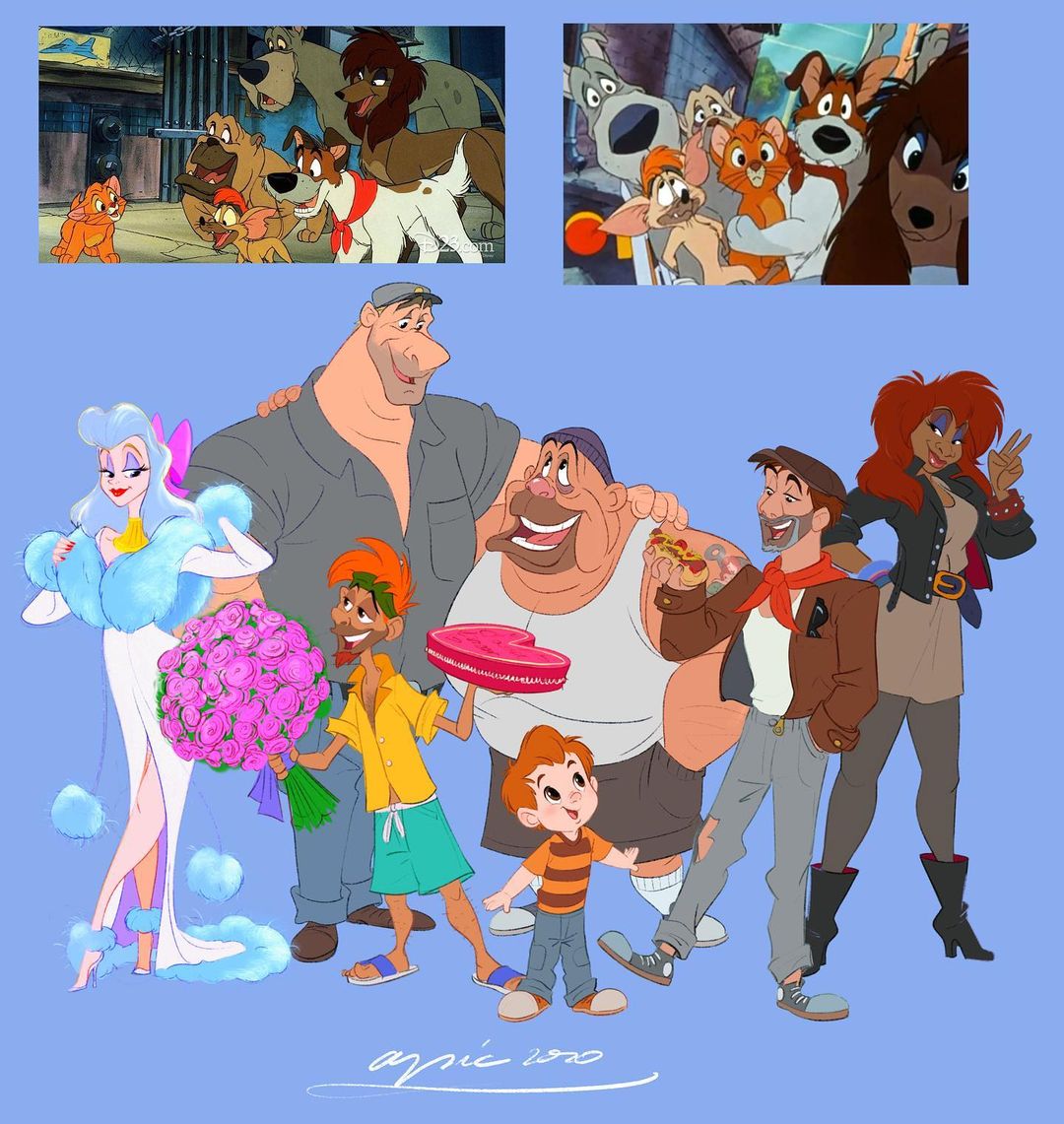 Unlike many, this artist isn't ashamed to say that he was inspired by other artists. In fact, he credits them for inspiring him to start his humanization project of everyone's favorite characters.

"I saw a few of these from other artists and thought I wanted to do my own take on the Disney HUMANIMALS! I had that in mind for a very long time! And it's so much fun!"

Alex is full of ideas and plans way beyond Disney. As he revealed:

"There are so many on my list: for example: now I've started with Robin Hood. In the future, there will be characters from Alice in Wonderland, The Lion King, Zootopia, and many, many more."

Now, prepare to be amazed and dazzled as you dive into your beloved Disney characters with some twists! 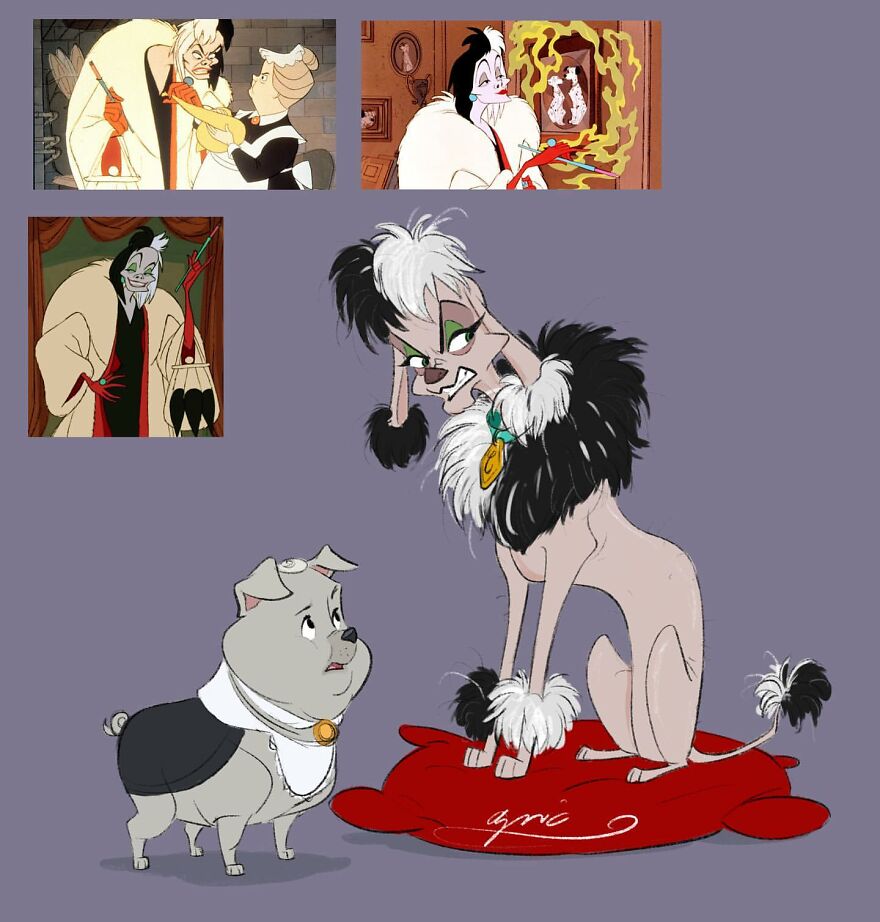 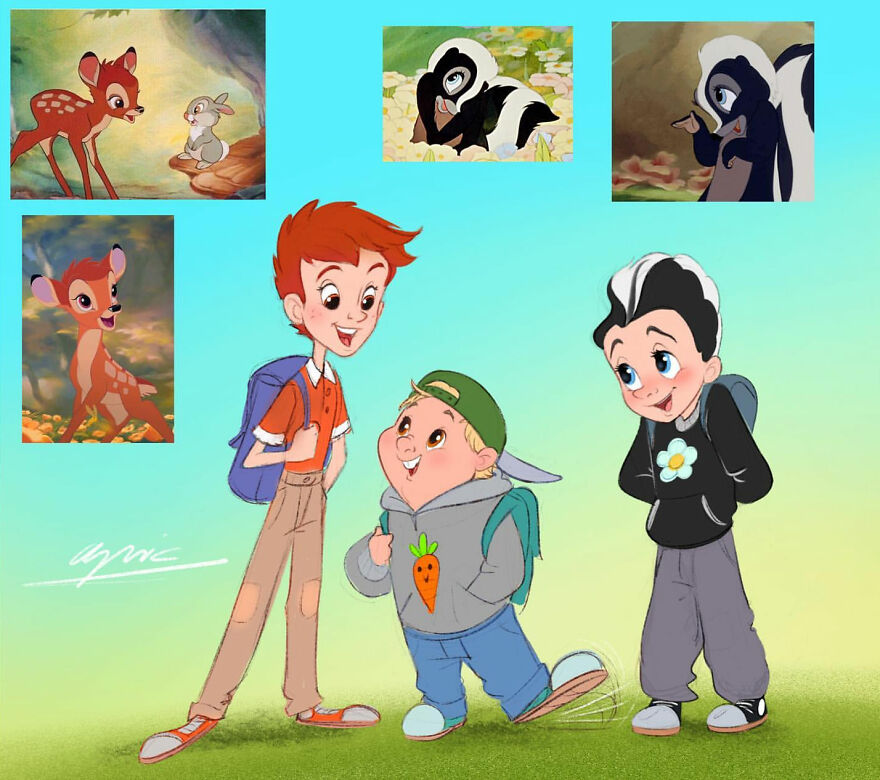 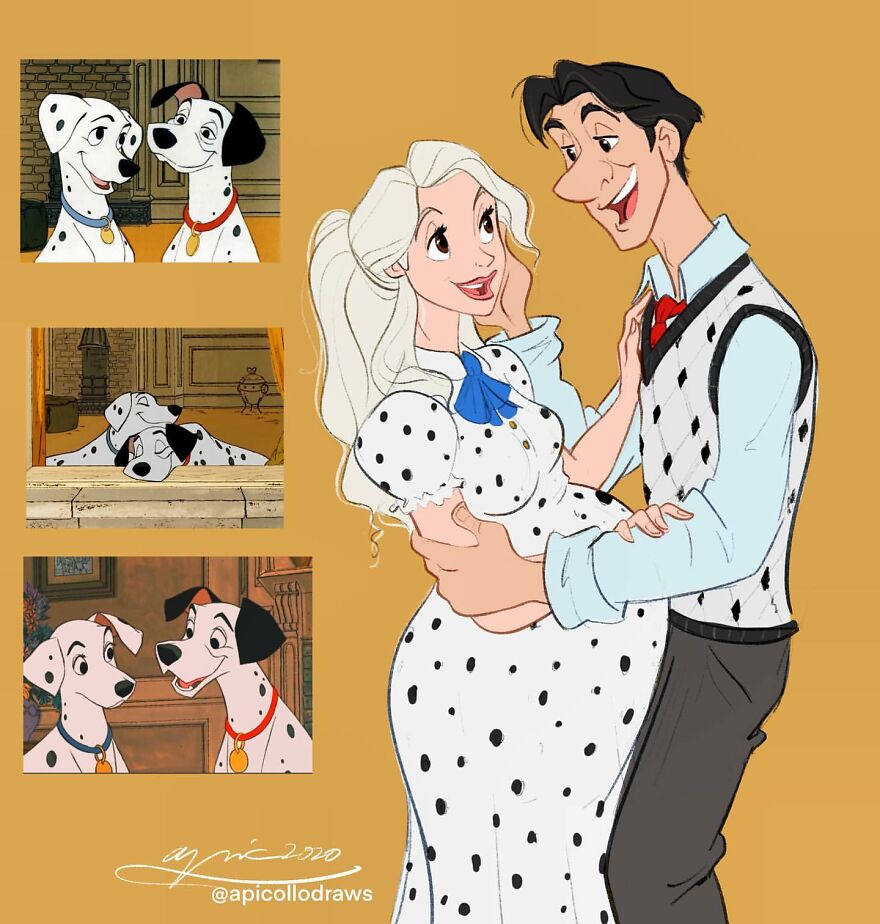 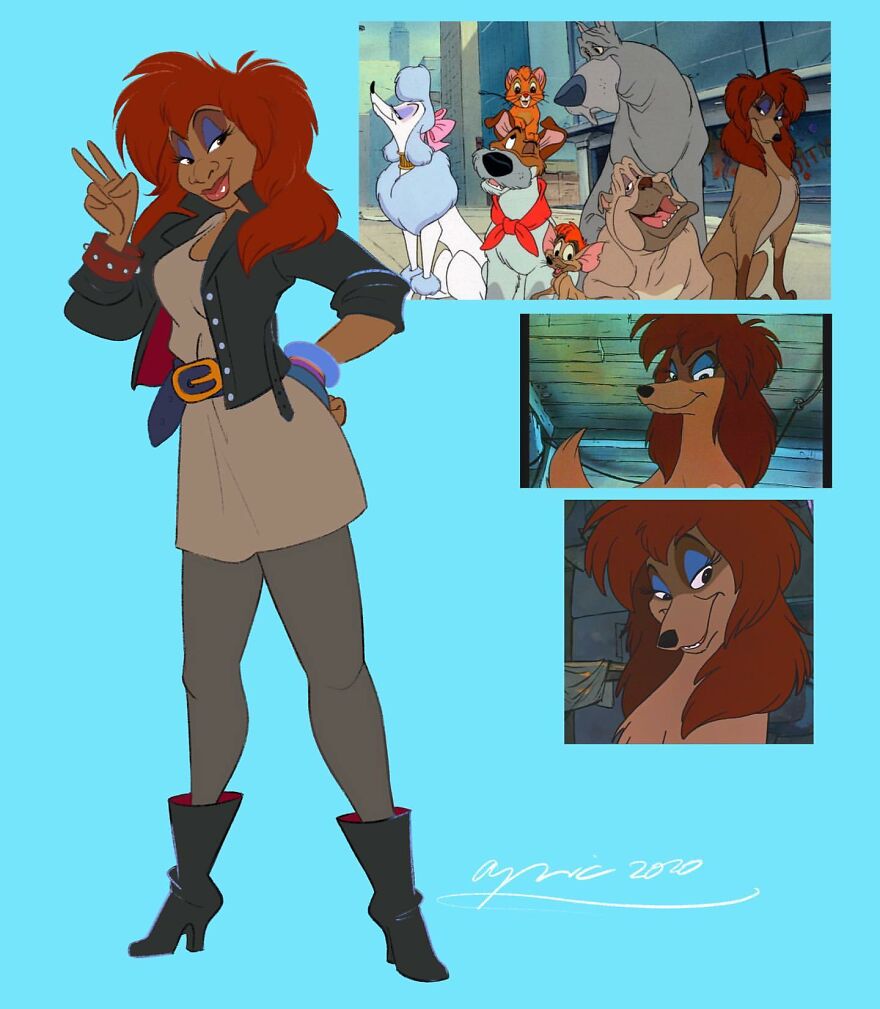 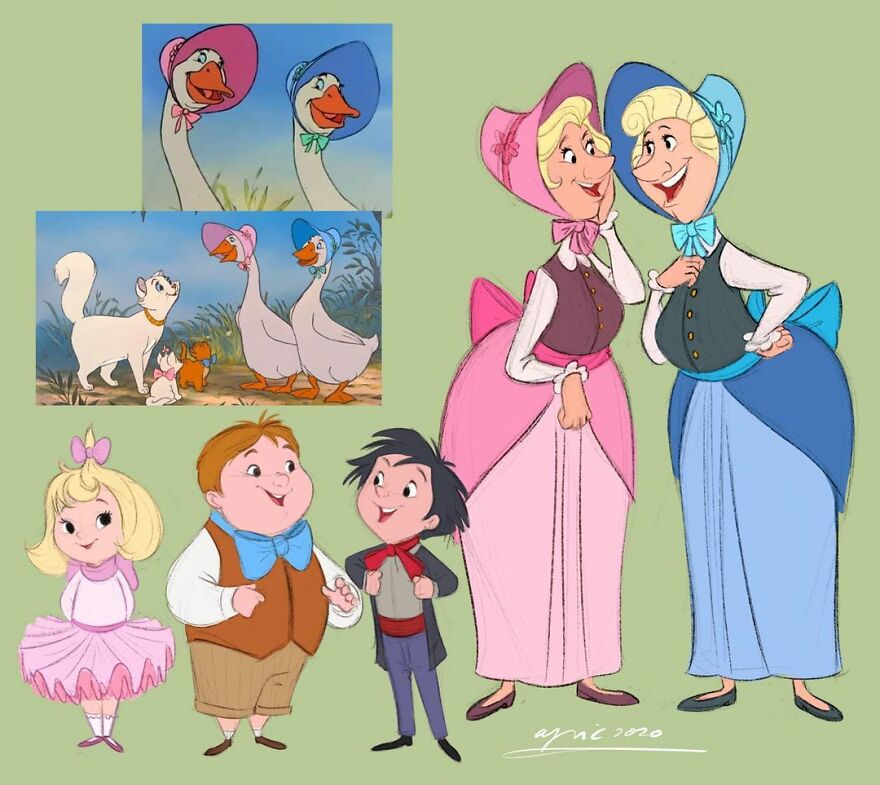 #6 Lady And The Tramp 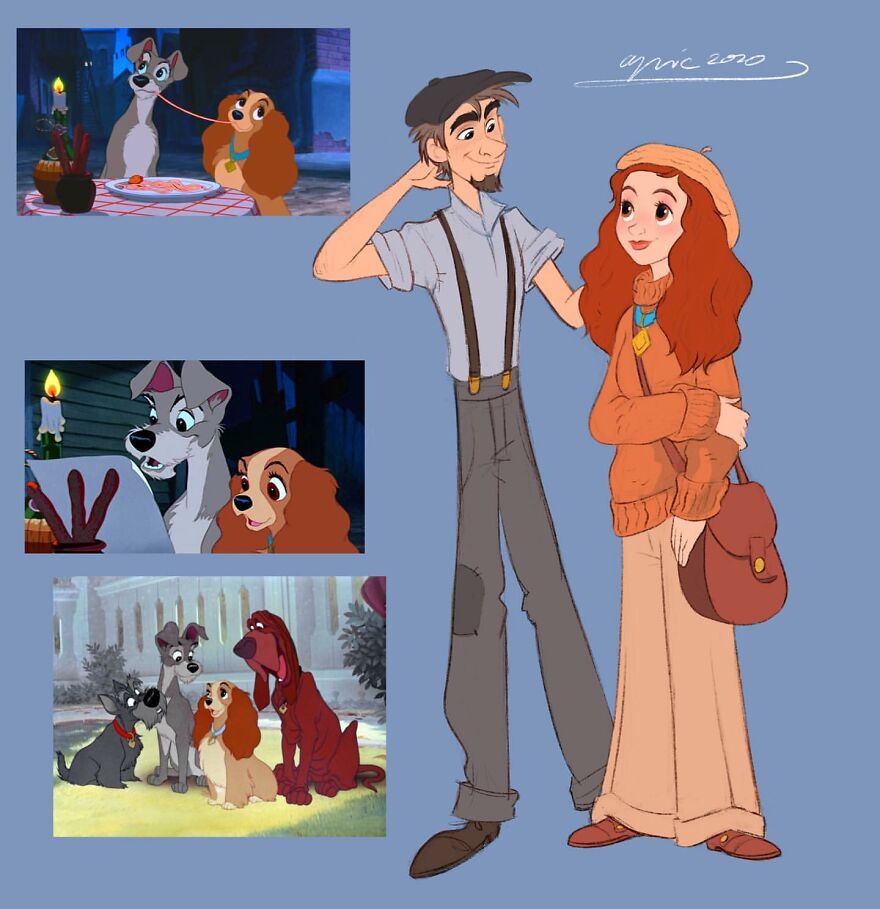 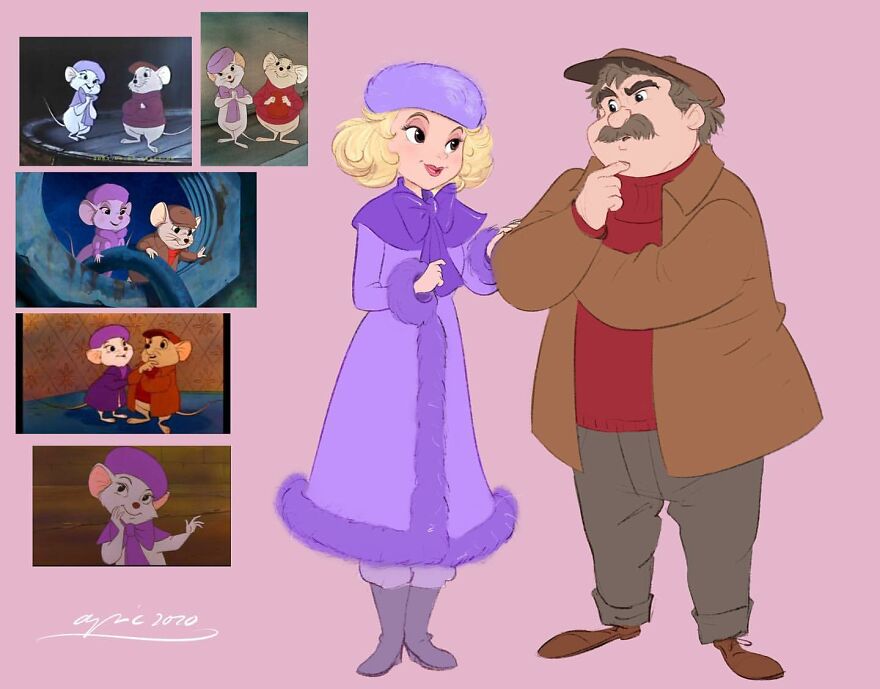 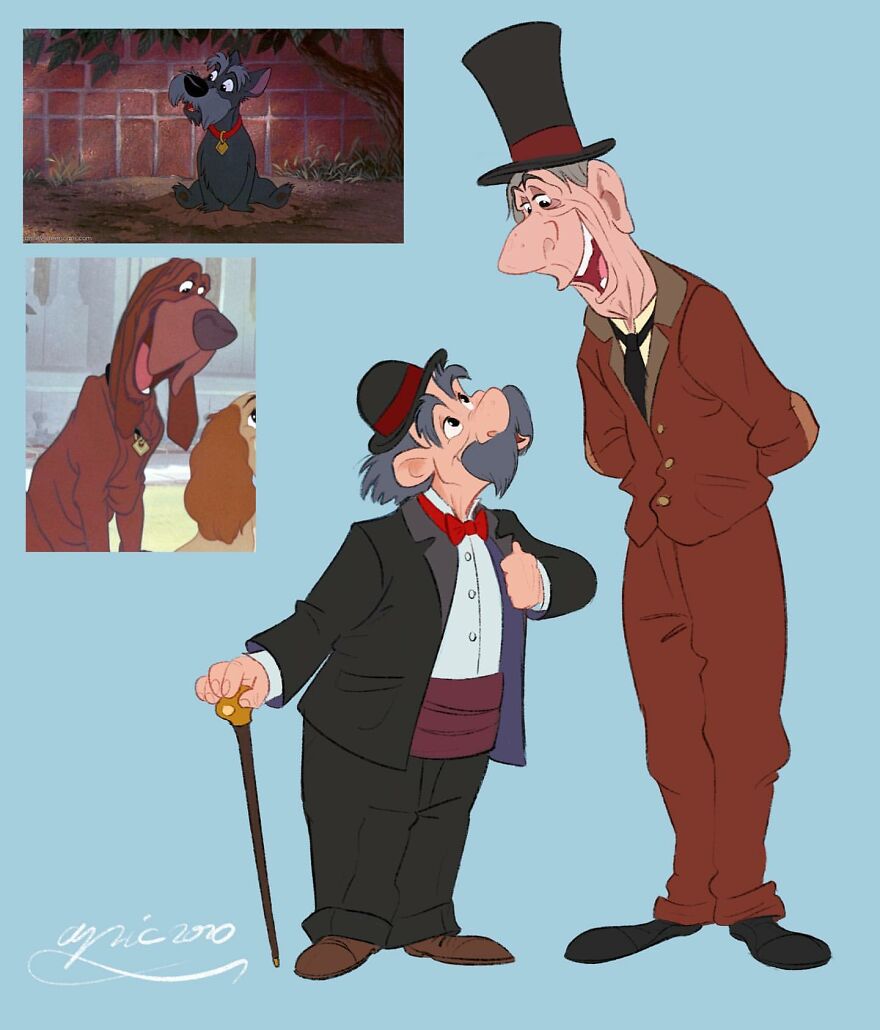 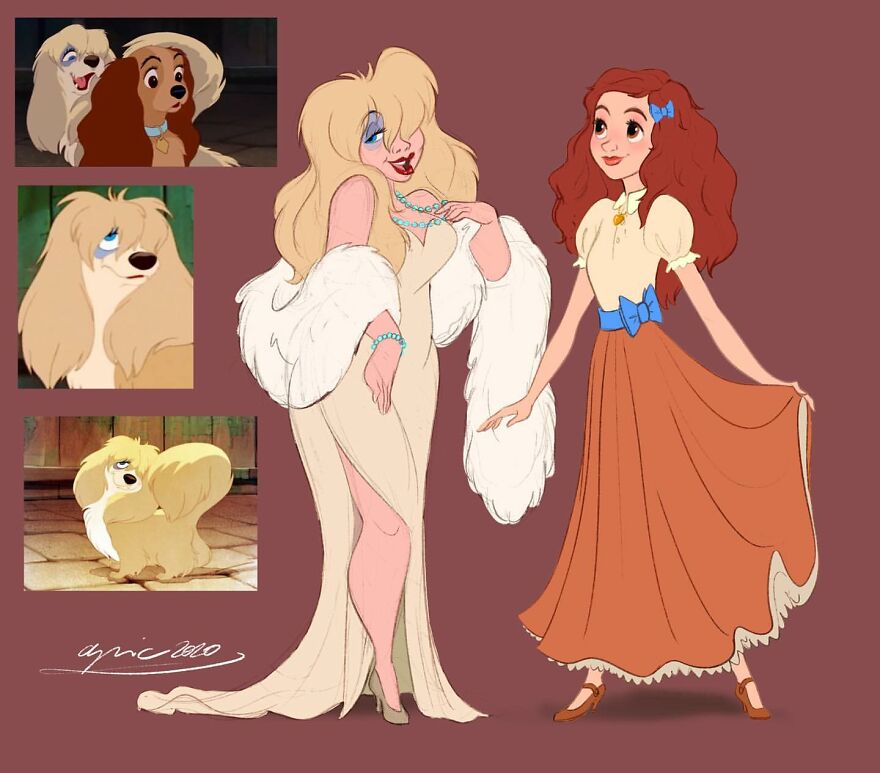 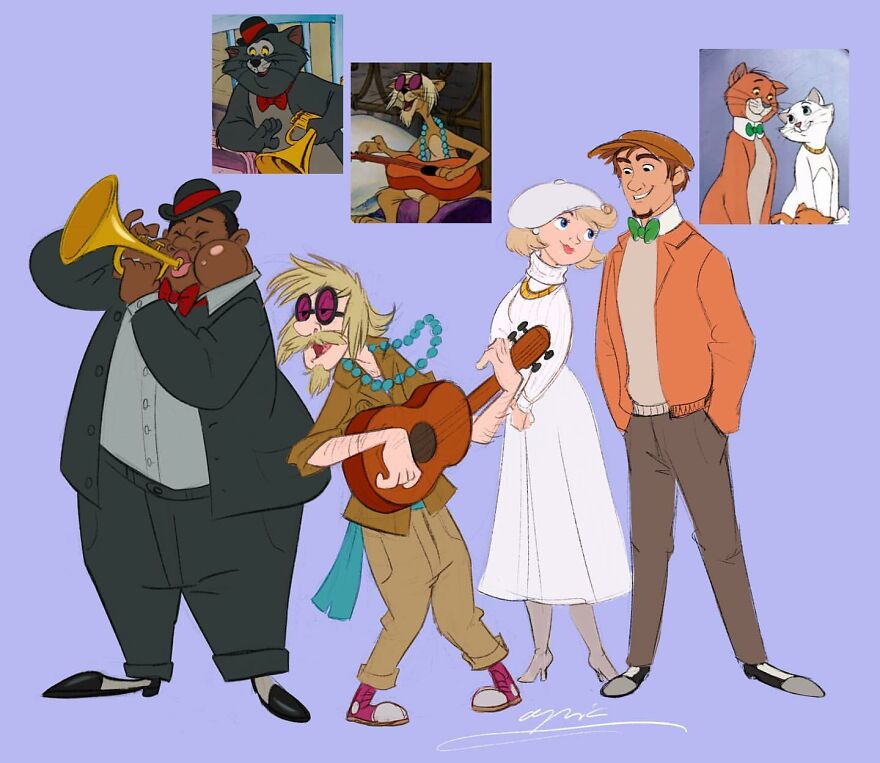 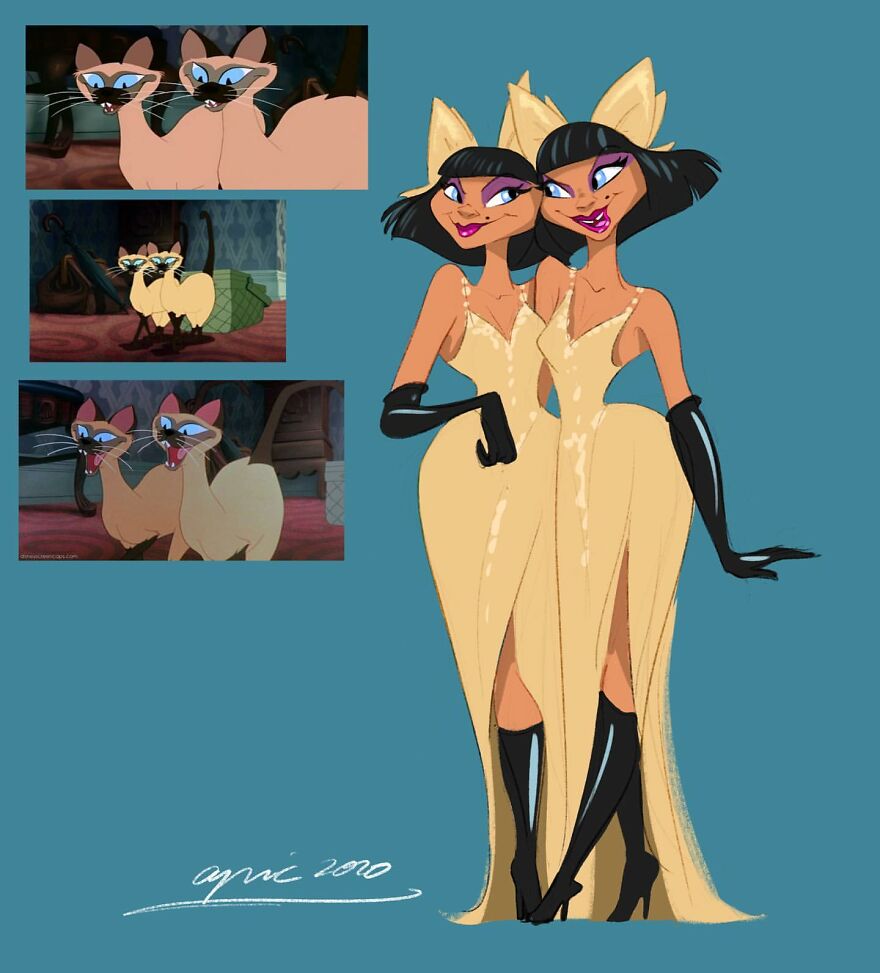 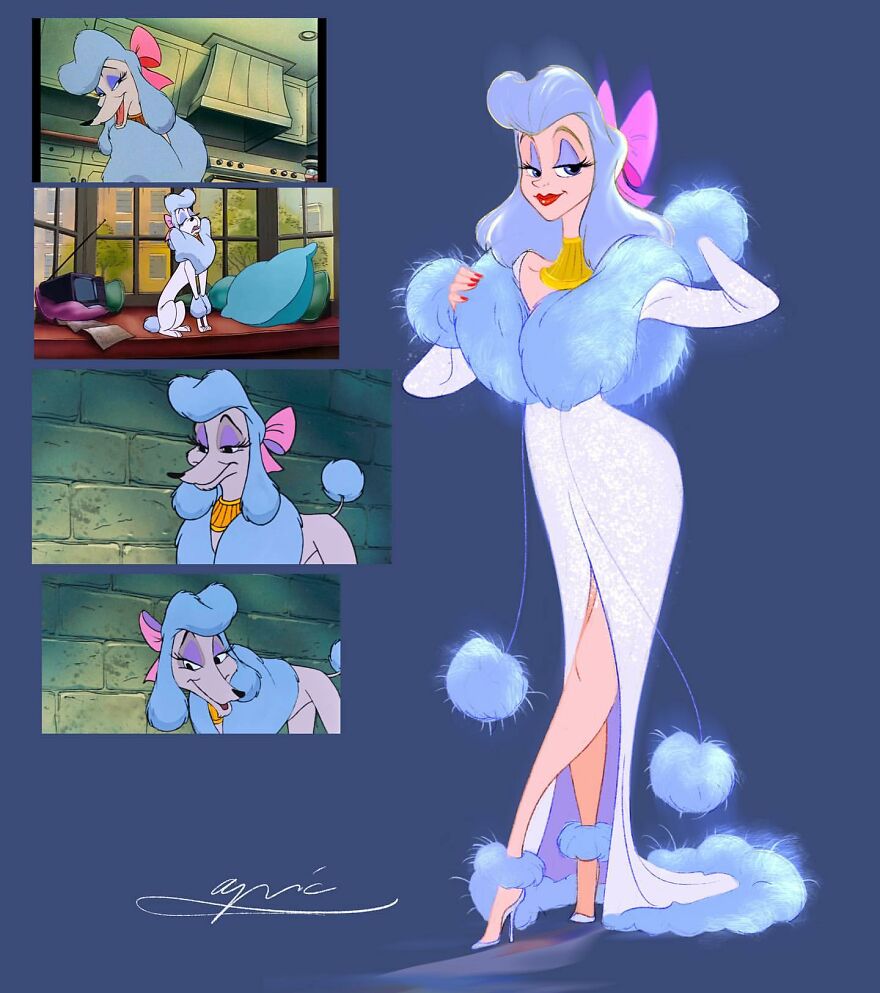 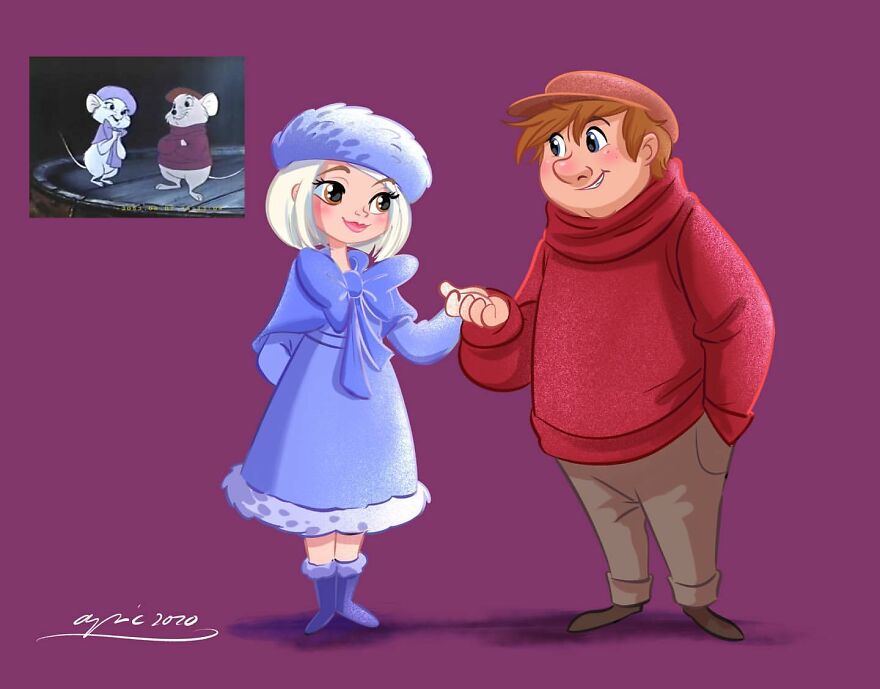 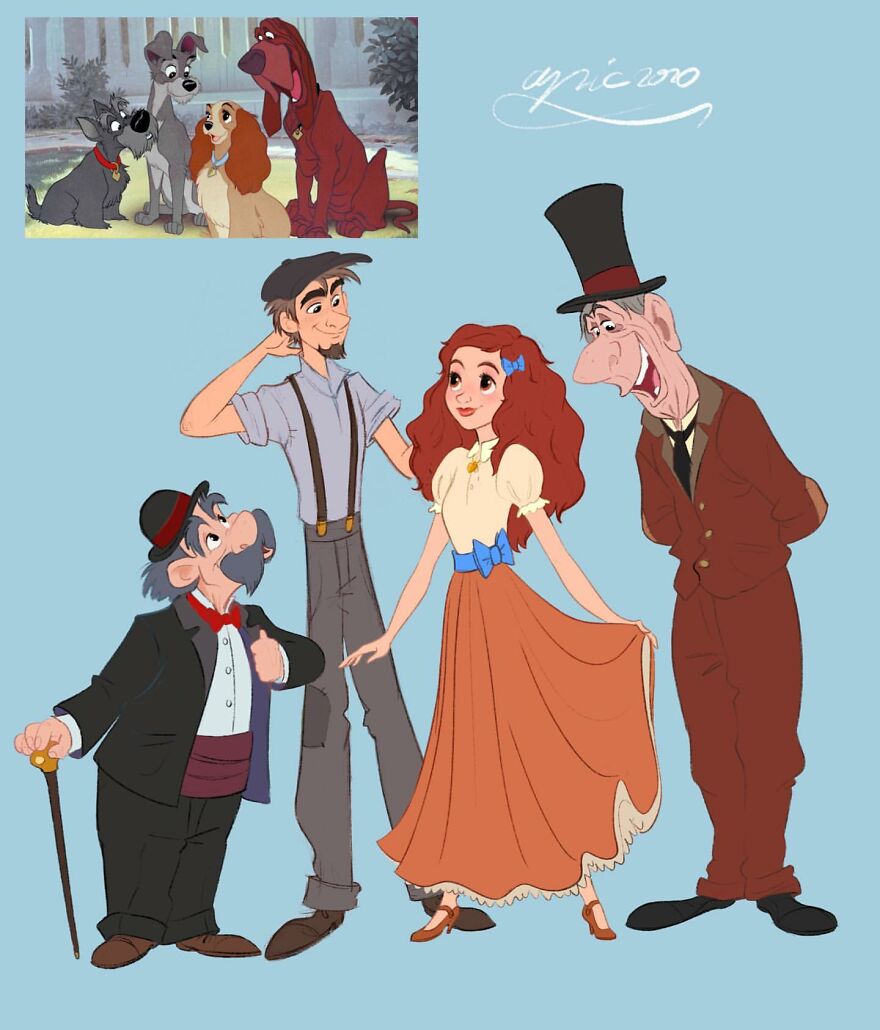 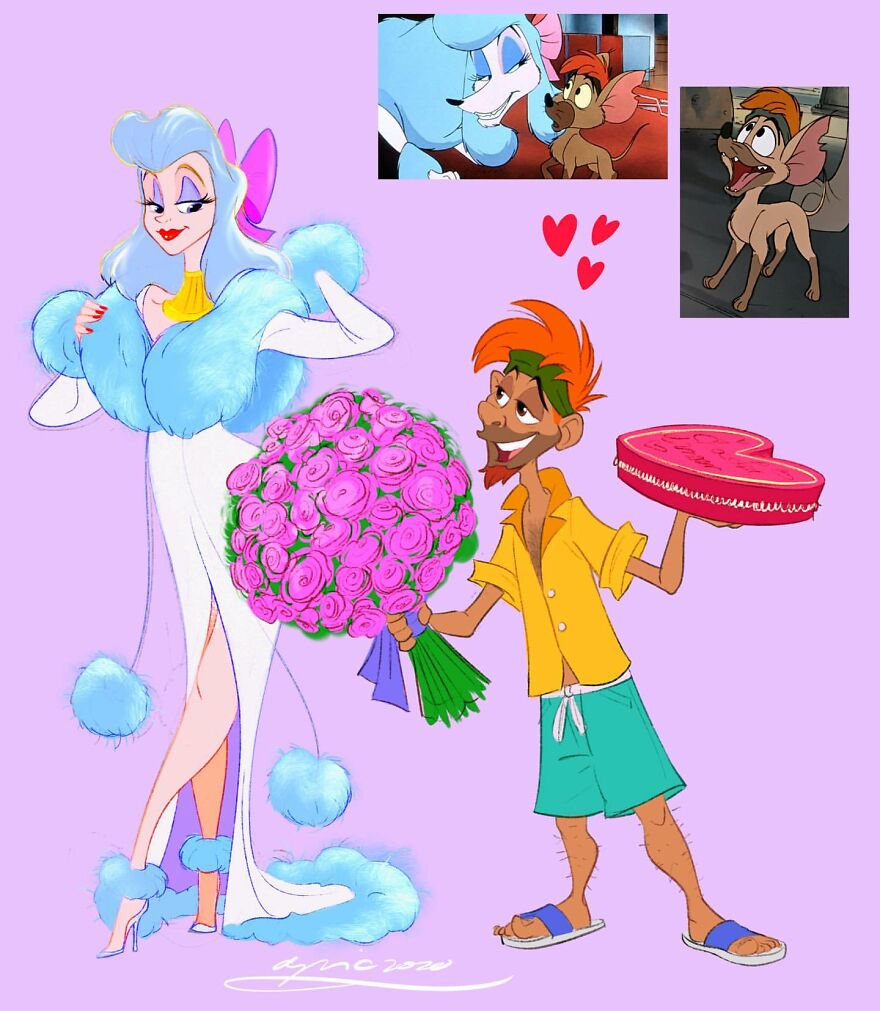 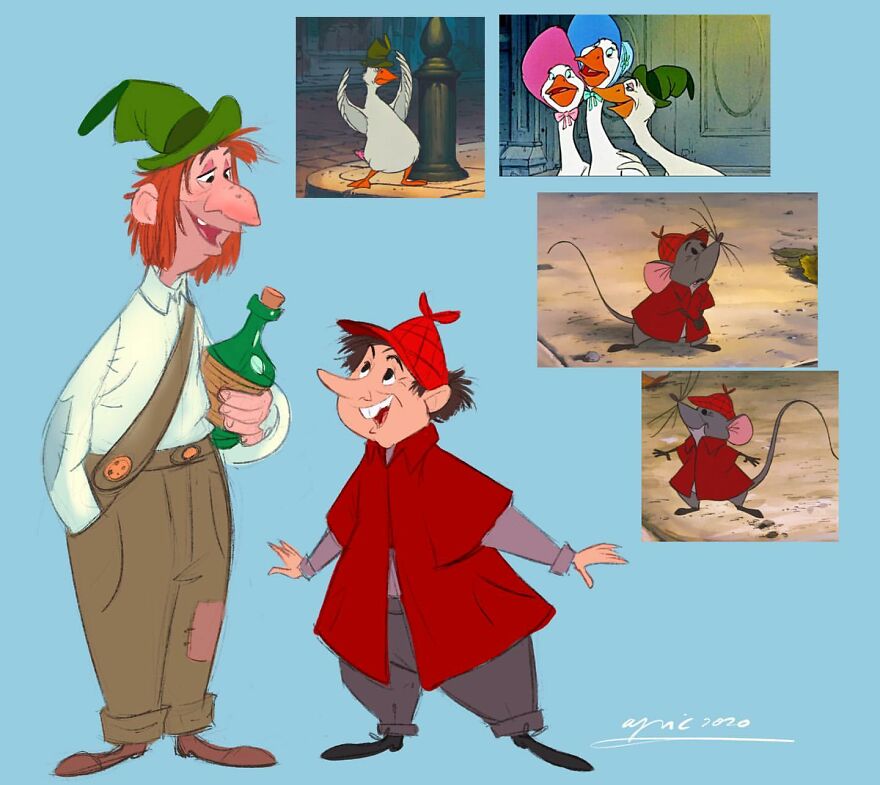 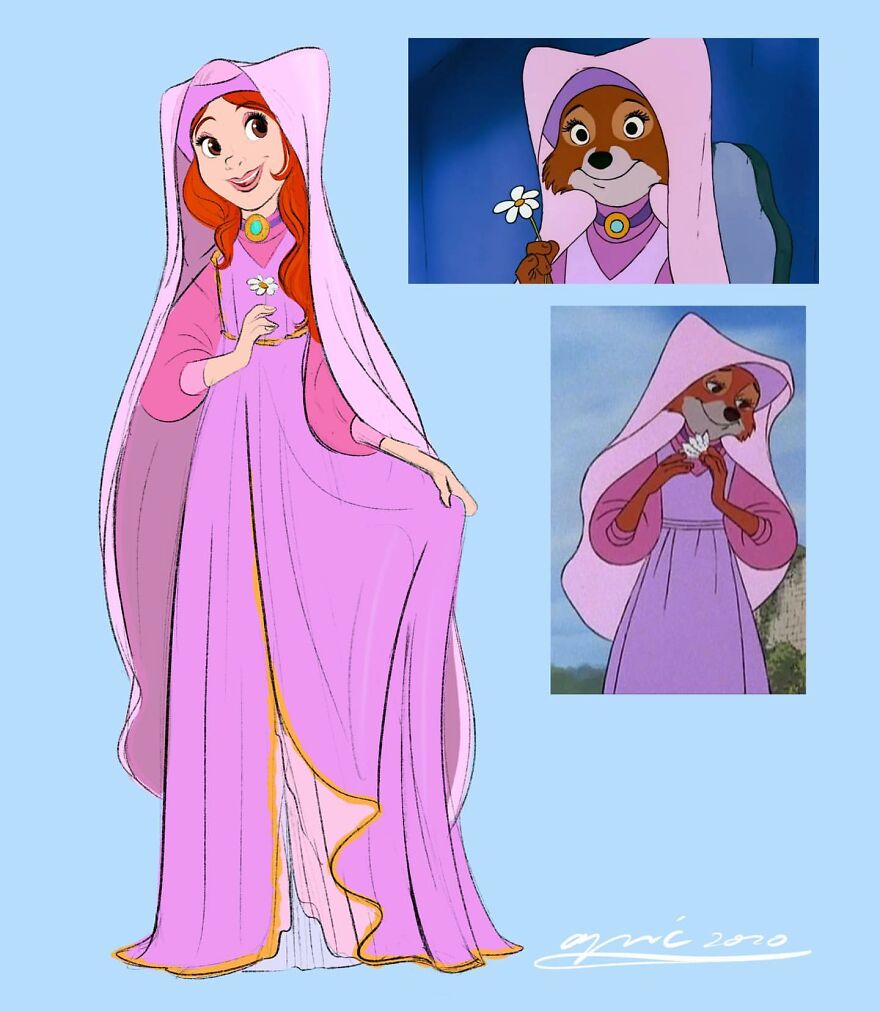 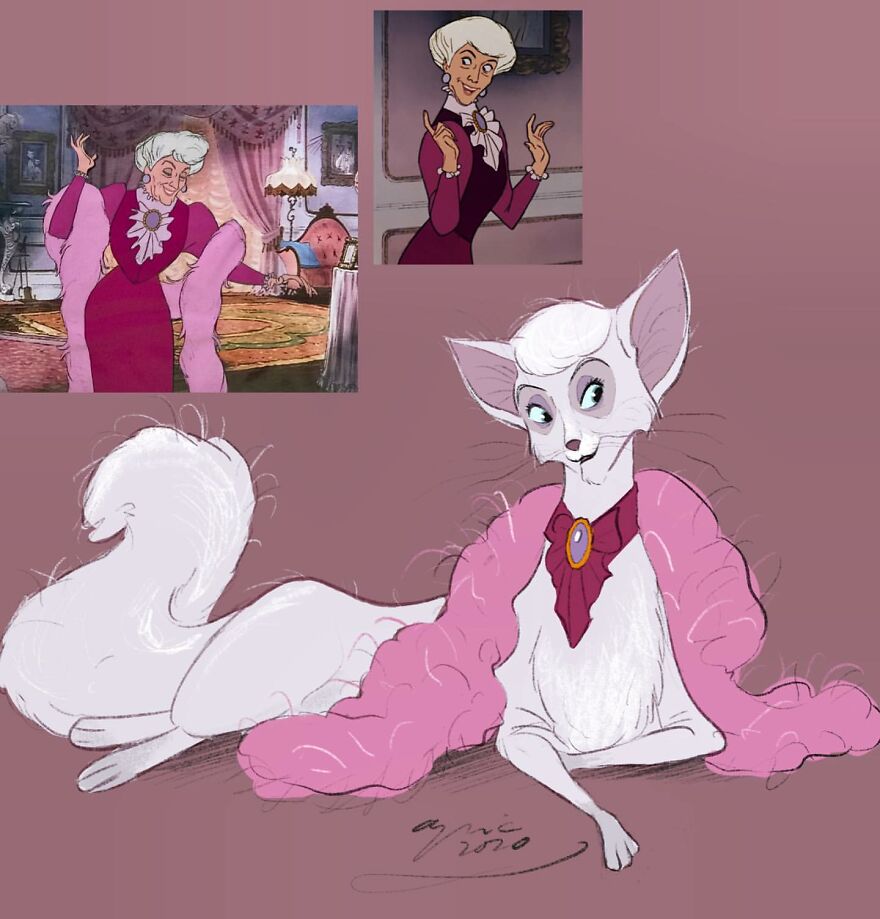 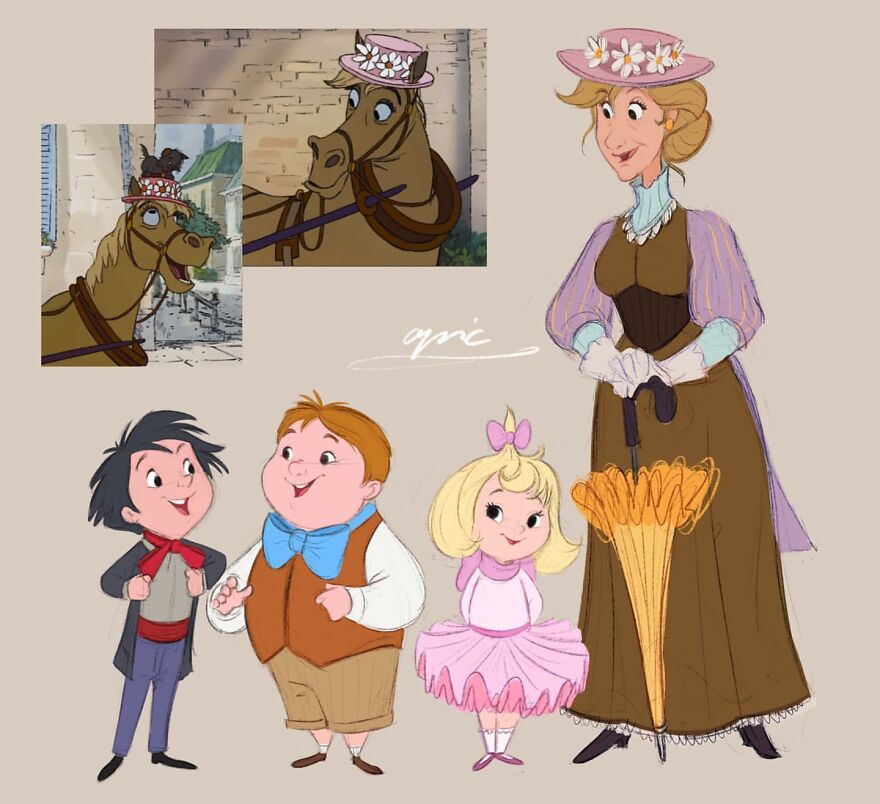 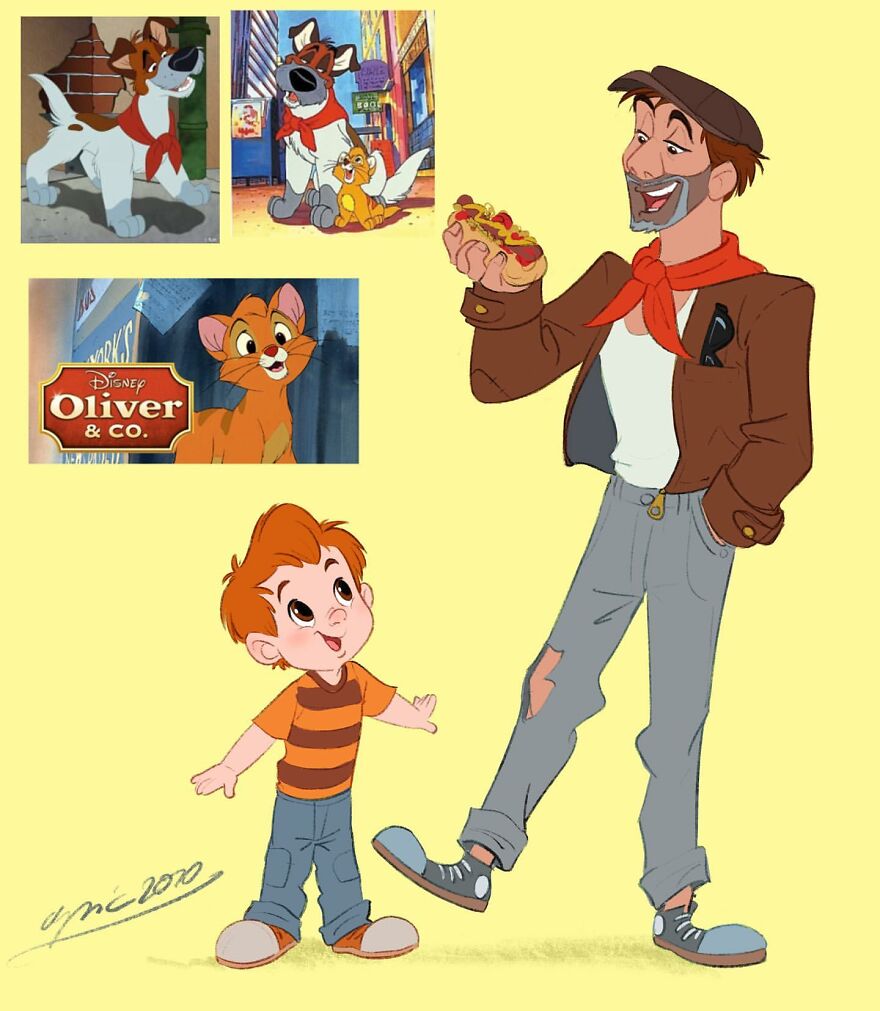