Don Lewis was the husband of Carole Baskin, who went missing on August 18, 1997. The millionaire was declared dead in absentia on August 19, 2002. But how does someone as wealthy and influential as Don Lewis simply vanish?

The Tiger King star repeatedly denied being involved in the mysterious disappearance and has since moved on with her life. Yet, the interest in the case and the possibility of Carole Baskin's involvement never truly died down.

Who Was Don Lewis Before He Married Carole Baskin? 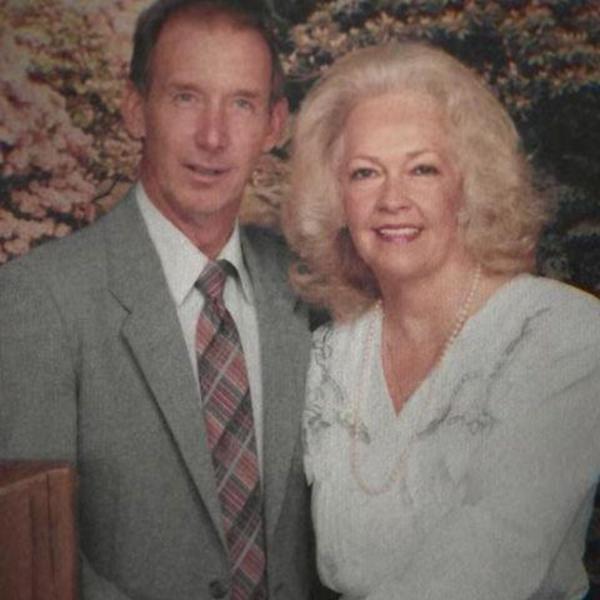 Jack Donald Lewis was a self-made millionaire and incredibly successful entrepreneur. His life was cut short by a mysterious, bizarre disappearance, which puzzles detectives, his family, friends, and internet sleuths.

In a sea of evidence, not one stands firmly and points out whether Lewis was killed by a loved one, started a new life in Costa Rica, or was a victim of a business deal gone wrong.

The millionaire who vanished came from humble beginnings. He was born on April 30th, 1938, in Dade City, Florida. His father left his mom and two siblings when Don Lewis was a child, so he had to start helping his family while he was a young teenager.

Don's mother worked several jobs, so Lewis learned what it means to struggle and work hard from a young age. That presented him with business ethics that would turn him into a money-making machine and help him venture into numerous branches.

A Florida native made a fortune through properties, used cars, and trucking. While still in high school, the young man met his first wife, Gladys Lewis Cross. The two married when she was 14 and he was 17.

Gladys Lewis Cross and Don Lewis had three daughters and an adopted son. It was a picture-perfect family unless you looked closely and started noticing the cracks.

The children spoke about their happy childhood, despite their parents' divorce in 1990. Donna Pettis, Lynda Sanchez, and Gale Rathbone recalled there were always animals in their home.

This led us to the faithful meeting on an evening in 1981. 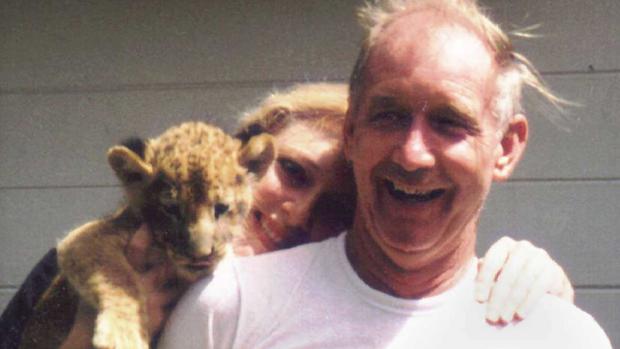 Like many other wealthy men, Don Lewis was not a faithful husband. He lived an American dream, with a healthy family, a loving wife, millions in the bank, and mistresses on call.

In 1981, Don Lewis spotted Carole Murdoch on Nebraska Avenue in Tampa, Florida. Carole was crying after yet another fight with her then-husband, Micheal Murdoch.

Don asked her if she needed a ride, but she refused. Then, he handed her his gun and told her that he needed to talk as well, and she could hold his gun to feel safe. It was the night Carole fell in love with him, as she later confessed.

Don Lewis and Carole continued their affair despite the troubles it brought to his family life. She soon joined his property business, and their bond only grew stronger.

Carole and Don divorced their spouses and married in 1991. Lewis, an animal lover, bought his cat-loving wife a bobcat, and from that point on, the couple started regularly buying wild cats. They bought cats from a Minnesota breeder who wanted to use the animals for fur. 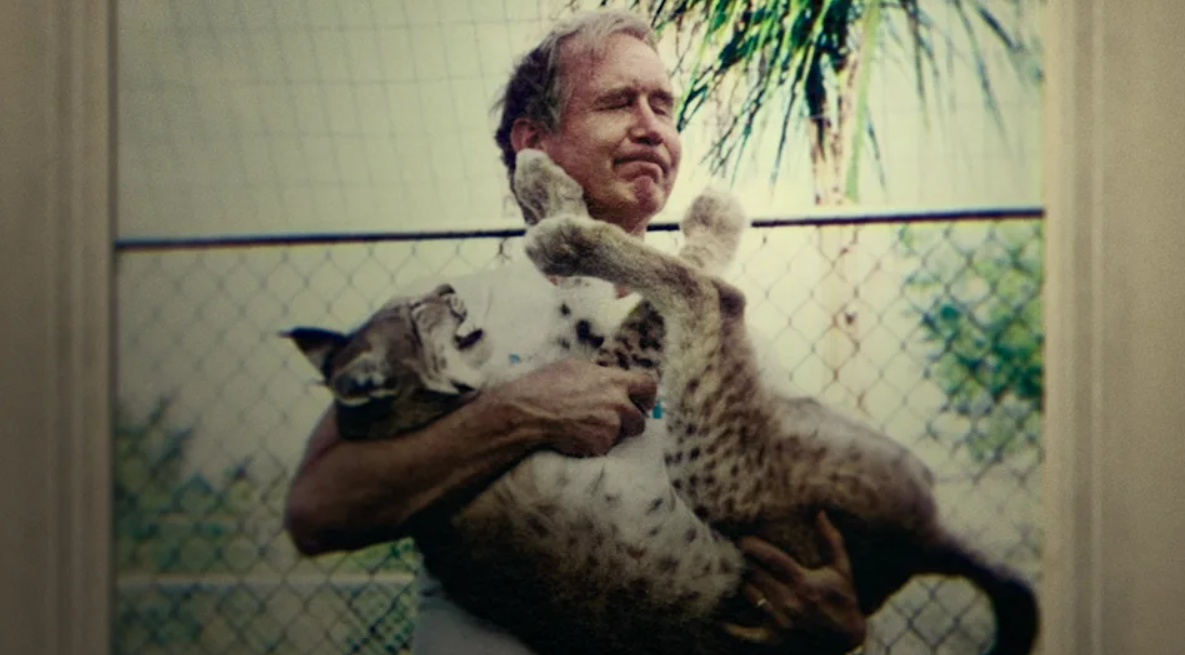 For Don Lewis, this was a business opportunity, but Carole wanted to make a sanctuary. In 1992, the couple formed a Wildlife on Easy Street. This would later become known as the Big Cat Rescue.

The first alleged tensions between Carole and her husband were about their Wildlife sanctuary. She did not see it as another business deal but wanted it to be an animal charity. Don did not like the idea of losing money, but he continued buying wild cats over the following years.

Their first tiger arrived in 1995. At the same time, Don Lewis started to move part of his empire to Costa Rica. He bought massive properties and began blending in with the locals.

As many rumors say, he also found a few mistresses, and Costa Rica provided him with a safe space, away from his wife's eyes and gossiping. The relationship between the spouses only grew stronger apart, and at the beginning of 1997, Don Lewis was ready to end the marriage.

Paranoia, The Restraining Order, And Disappearance 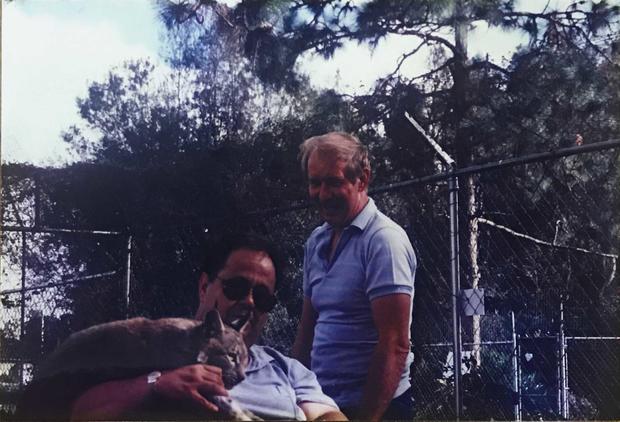 We have learned that Don Lewis planned to start a new life on one side. Yet, his wife, Carole, claims that he began showing signs of dementia at the time. She said that his short-term memory was declining, and she would find him going through dumpsters.

His business associates did not see this alleged side of the millionaire. However, Don's fear of his wife grew, so in June of 1997, he filed for a restraining order.

Don Lewis had claimed that Carole Baskin threatened to kill him in the document filed to the court. Due to the first amendment, Lewis was not granted a restraining order.

Many of his friends claim that Don Lewis appeared worried as his anxiety grew each day.

Carole Baskin's husband disappeared on August 18, 1997. Before he vanished, he gave his executive assistant, Anne McQueen, the document with quotes Don wrote down when asking for the restraining order.

He told his ex-wife Gladys and their children to stay away from Carole, as he planned to divorce her. Allegedly, Don Lewis said to them that "Carole is one of the worst people and quite dangerous."

Don repeated similar statements to his business associate, Wendell Williams. He shared that he was putting most of his possession into protective states to keep most of his fortune.

In July 1997, Don and his friend Mike McCarthy sat down for a chat, and the millionaire repeated that he was in danger. Don told his lawyer, Joseph Fritz, that he was looking for another small plane.

Don even told his handyman, Kenny Farr, that he had some plans, only explaining, "If I can pull this off, it will have been the sleekest thing I've ever done in my life. "

On August 15th, Anne called Don regarding the papers about the cars he wanted to take to Costa Rica. She never reached her boss.

Finally, on August 17th, Don prepped to go to Miami and then to Costa Rica. Around 3 am the following day, Carole went to buy food for her cats. Her car broke down, and she called her brother to help her out. The brother was the Sheriff's deputy at the time.

The last confirmed sightseeing came in on August 18th, around 6 am. For 36 hours, no one heard from Don Lewis. Anne called Carole, and on August 19th, Don Lewis was reported missing.

Theories Regarding The Disappearance Of Carole Baskin's Husband 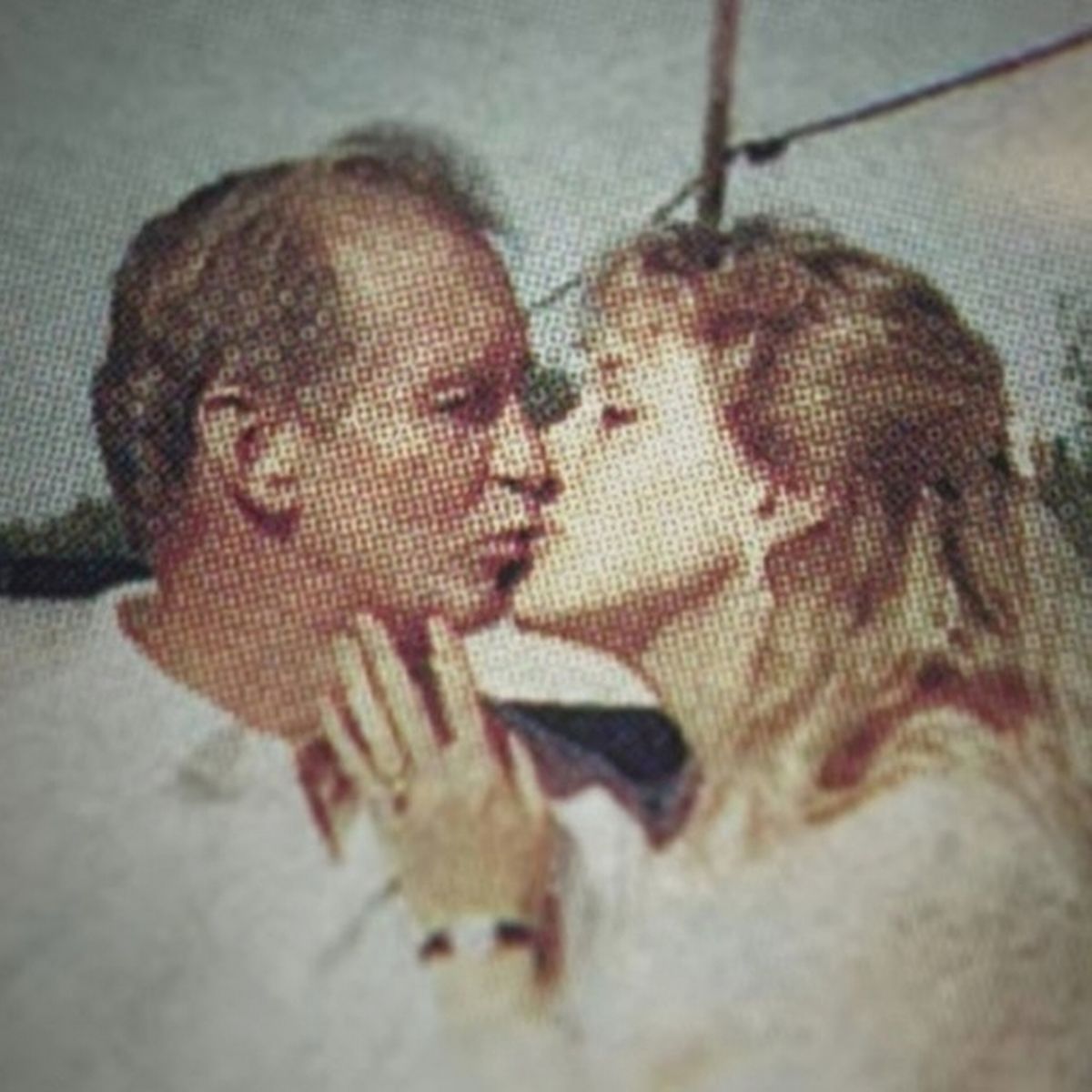 In the following 24 hours since Don Lewis was reported missing, the police and volunteers combed Don's property in Tampa. The search continued both by air and on foot, but there was no sign of the missing man.

There was nothing to suggest that Don left or stayed in Florida. Soon, the theories came flooding, and they never stopped.

Before a year went by since Don Lewis had disappeared, the police found his van and discovered his extramarital activities in Costa Rica. The only thing that the authorities learned was that two of his wild cats were shipped just before Don's disappearance.

Initially, many suspected that Don had left. With time, people and the police began to suspect foul play.

On August 23rd, 1998, Carole refused to take the polygraph test or allow investigators near her wildlife sanctuary.

This led to Gladys and their daughters accusing Carole of Don's fate. One of the daughters, Pettis, claimed that she fed her dad's remains to the tigers:

"It's a perfect scenario to dispose of someone. We were upset that the cops didn't test the DNA on the meat grinder."

Carole Baskin asked for her husband to be declared legally dead. His wills were put in her possession due to the specific instructions left in his documents.

In 2011, Carole was asked to take the polygraph once again. She refused, which led to more theories and pointing fingers, primarily at Carole Baskin.

The dust settled until the appearance of the Netflix documentary Tiger King. The authorities confirmed they have no prime suspects, leads, and updates.

What We Truly Know About The Vanishing Of Carole Baskin's Husband 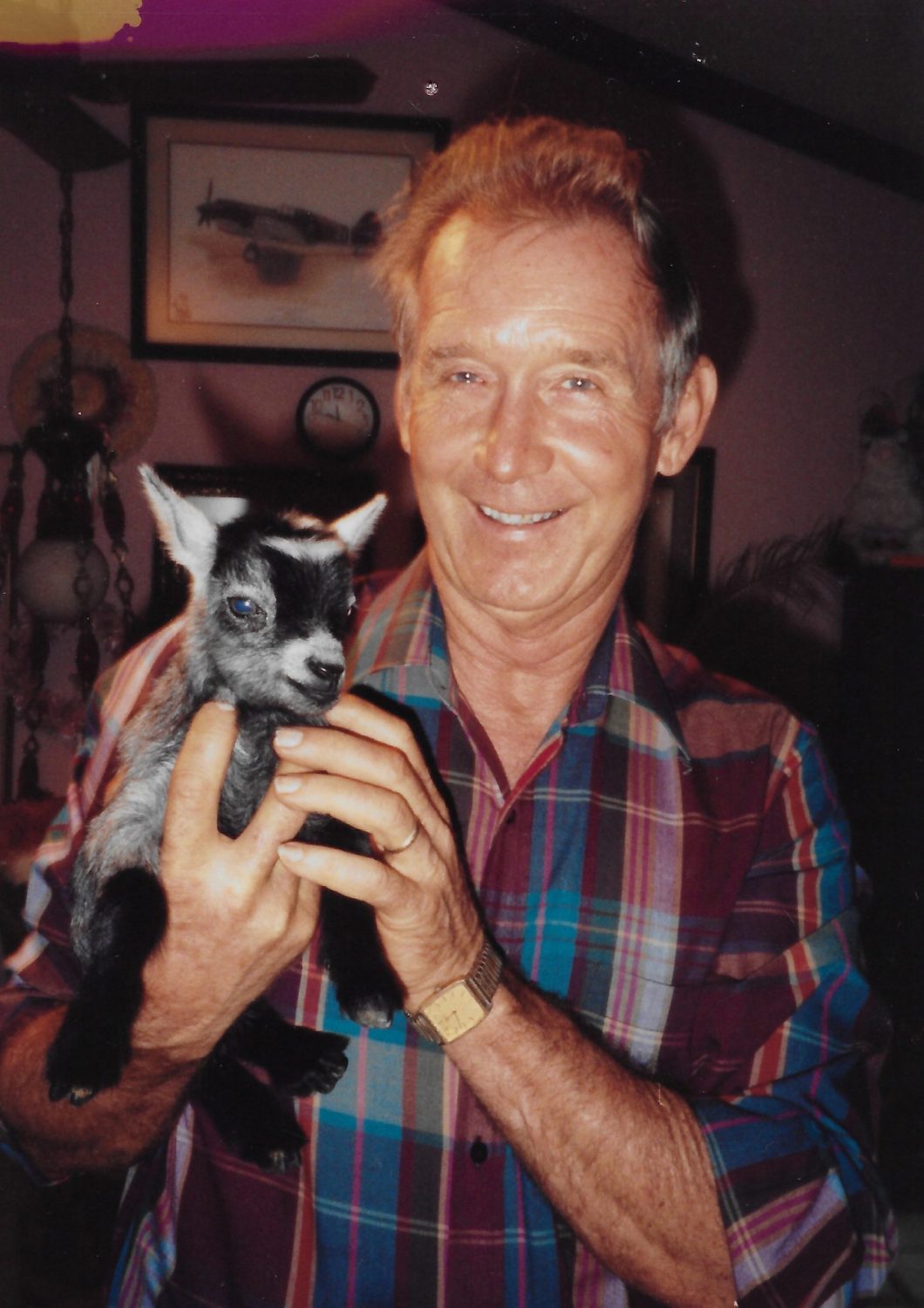 In late 2002, Jay Baykal, Carole Baskin's boyfriend at the time, asked for a restraining order. He wrote that he was in fear for his life, as allegedly Carole told him "dead bodies can not talk."

This was not public knowledge until 2020, which only turned the heat into the disappearance of Don Lewis. As the interest in Lewis' disappearance has surged, the authorities took another look into the case.

The day after Don went missing, the police found his van discarded near the small airport in Springhill, Florida. The airport was around 40 miles away from Don Lewis' residence. This discovery made people believe that Lewis flew to Costa Rica.

However, detectives soon agreed on a more likely scenario: Don was kidnapped, and the van was planted. Regarding the flight to Costa Rica, detective Marsicano pointed out the lack of flight records and the lack of crash reports in the area during the disappearance.

Some claim that Don was on his way to escape when something went horribly wrong. If Carole's claims about his mental health or onset of dementia were accurate, Don would have made a mistake, and he would have been found by now.

Carole was the person who gained the most from Don's disappearance. She did not only get his fortune but was also allowed to create a Big Cat rescue and manage it the way she wanted. Still, there is no evidence to support these claims.

Additionally, Don had several girlfriends, including at least one in Costa Rica. Interestingly enough, Carole was named head of Don's estate if he went missing. It is a strange clause, even illegal, as no one writes a will expecting to vanish.

Among wild theories are those that include animal rights extremists and Don's alleged connections to drug lords. All were fueled by his associates, yet no one provided evidence. 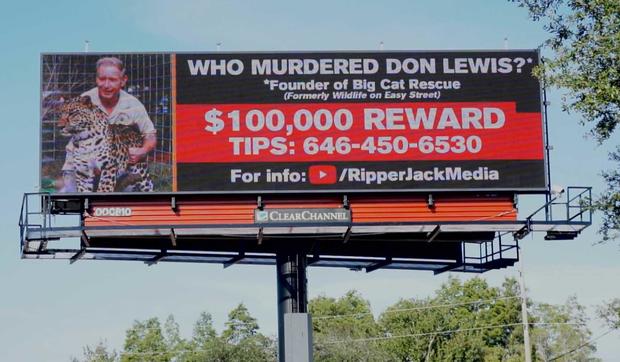 In Tiger King 2, we heard a theory that Don Lewis is alive and well. He had a new name, and as his attorney Joseph Fritz said:

"The detective got mad at me and slipped up and told me there were federal reports of him alive and well in Costa Rica that he had to overcome."

The lawyer, who has been working for 40 years, said that he's "never seen a case mishandled quite as Lewis'."

He said to Fox that he still is "baffled by the fact that Baskin's brother worked for the sheriff's department at the time." The lawyer added that he told the police Lewis was murdered, including the "manner, method, how, when and why," concluding:

"I've had two people tell me what happened. I don't know what to believe but it is the same story."

"He talked about moving to Costa Rica and starting over afresh. Don told me he was there to get away from Carole, and so he put investments into my name."

Don was not found in Costa Rica despite multiple investigations, so everything you have heard on the show was hearsay or a desperate attempt to find out what truly happened to Don.

Even if his lawyer truly knows the truth, he cannot just come out and say it without solid evidence. All is said was that Don Lewis was lured into an airplane and tossed out.