Devonte Hart became an Internet sensation in 2014 – a sign of hope, innocence, and kindness. Little did the world know about the struggles he was going through at the time. 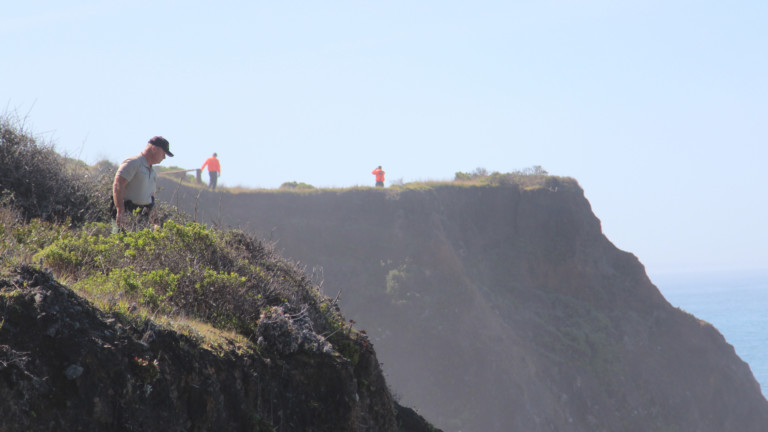 A truck fell off a cliff in California almost four years ago, killing eight people. The investigators are sure: it was intentional. The parents wanted to kill themselves and their six children.

This case has long occupied the minds of Americans. On March 26, 2018, a family with their children, ages 12 to 19, fell off a cliff to their deaths in their truck. A year later, it was evident that parents Sarah and Jennifer Hart (both 39) killed themselves and their children on purpose.

That means they ended their own lives and took their children with them to their deaths. Allman said:

"It wasn't an accident. They died at the hands of others. The children's death certificates will therefore list murder as the cause of death." 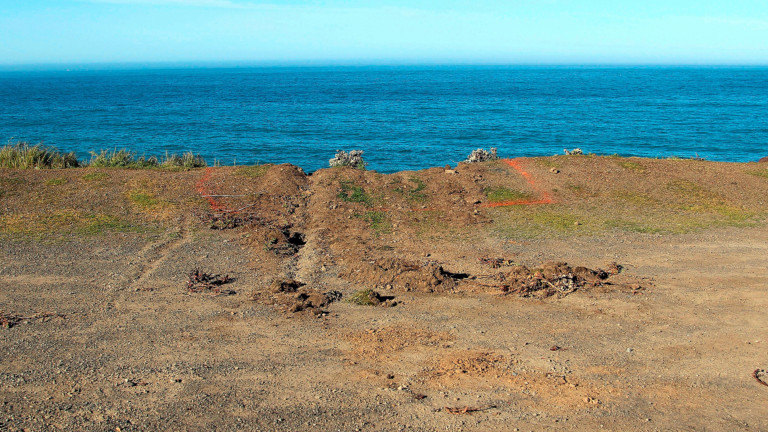 The parents deliberately steered the truck over the approximately 30-meter-high cliff of the Pacific Coast Highway into the sea at 3 a.m. It was already considered likely to be a murder-suicide because no skid marks were found at the scene of the accident, near Westport. The investigations and the autopsy of the victims then gave further clues. It also emerged that child abuse proceedings were pending against both women.

The women lived with their children in Washington state. They were visiting California and had googled and researched suicide methods on the Internet just a few hours before the crime.

Also, Sarah Hart and the children had high levels of Benadryl in their blood, an allergy medication that can cause drowsiness. The driver, Jennifer Hart, was intoxicated at the time of the crime.

Upon examining the car, it became clear that she sped over the curb at full speed. 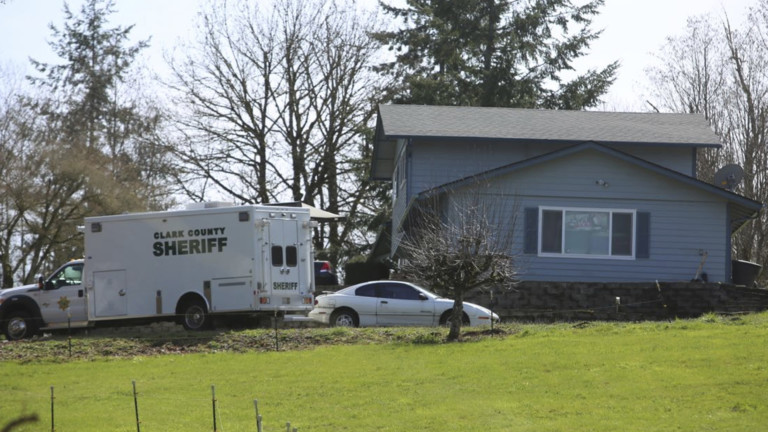 Jake Slates of the California Highway Patrol told the AP:

"They both decided it had to end. If they couldn't have their children, nobody else could have them."

Perhaps they wanted to prevent their six all adopted children from speaking to the authorities about the abuse?

A few days before the California trip, Devonte Hart (15) and one of his sisters rang a neighbor's doorbell and reported they were hungry. Their mothers would use food deprivation as punishment. 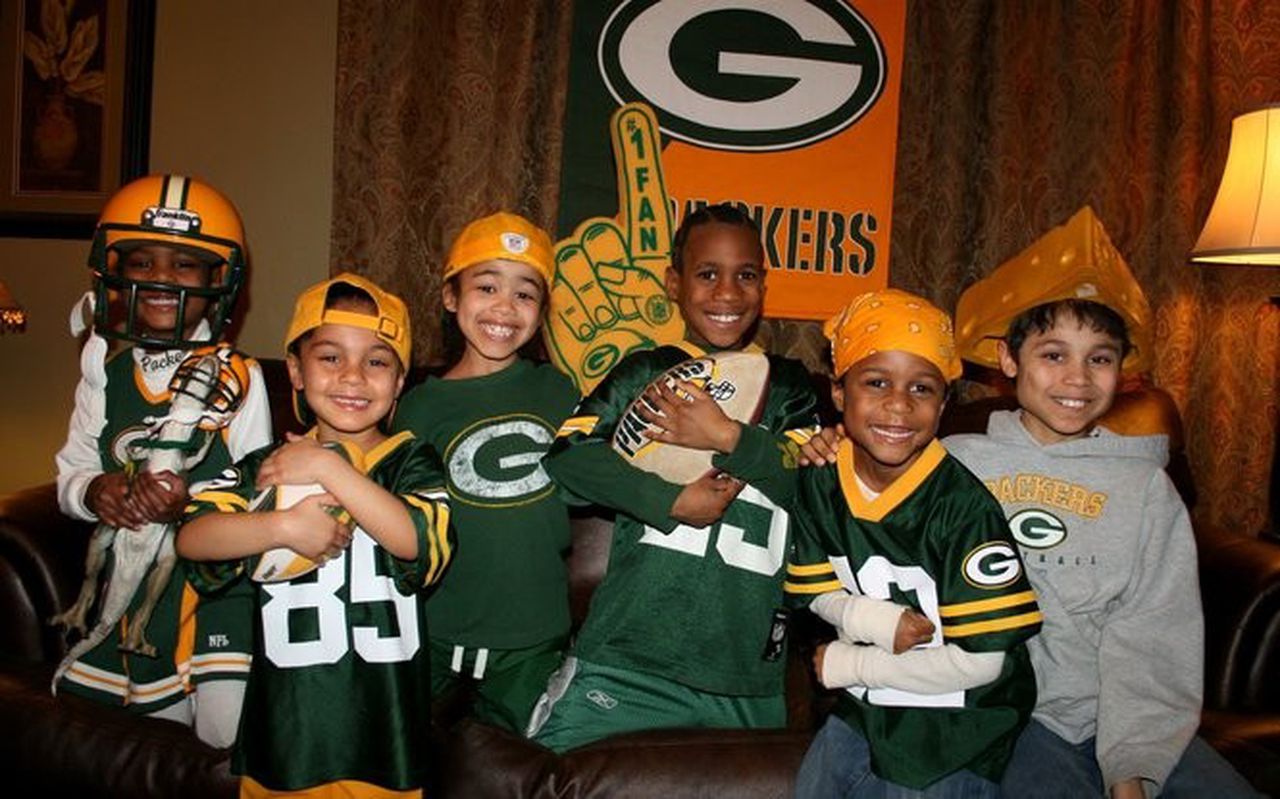 Devonte Hart asked the neighbors to hide some food near the fence. They then alerted the youth welfare office – the employees came to the Harts three times but never met one of the mothers.

In 2010, Sarah Hart was convicted of assaulting her daughter Abigail and received a suspended sentence. The family then moved from Minnesota to Washington, took the children out of school, and reportedly tutored them themselves. 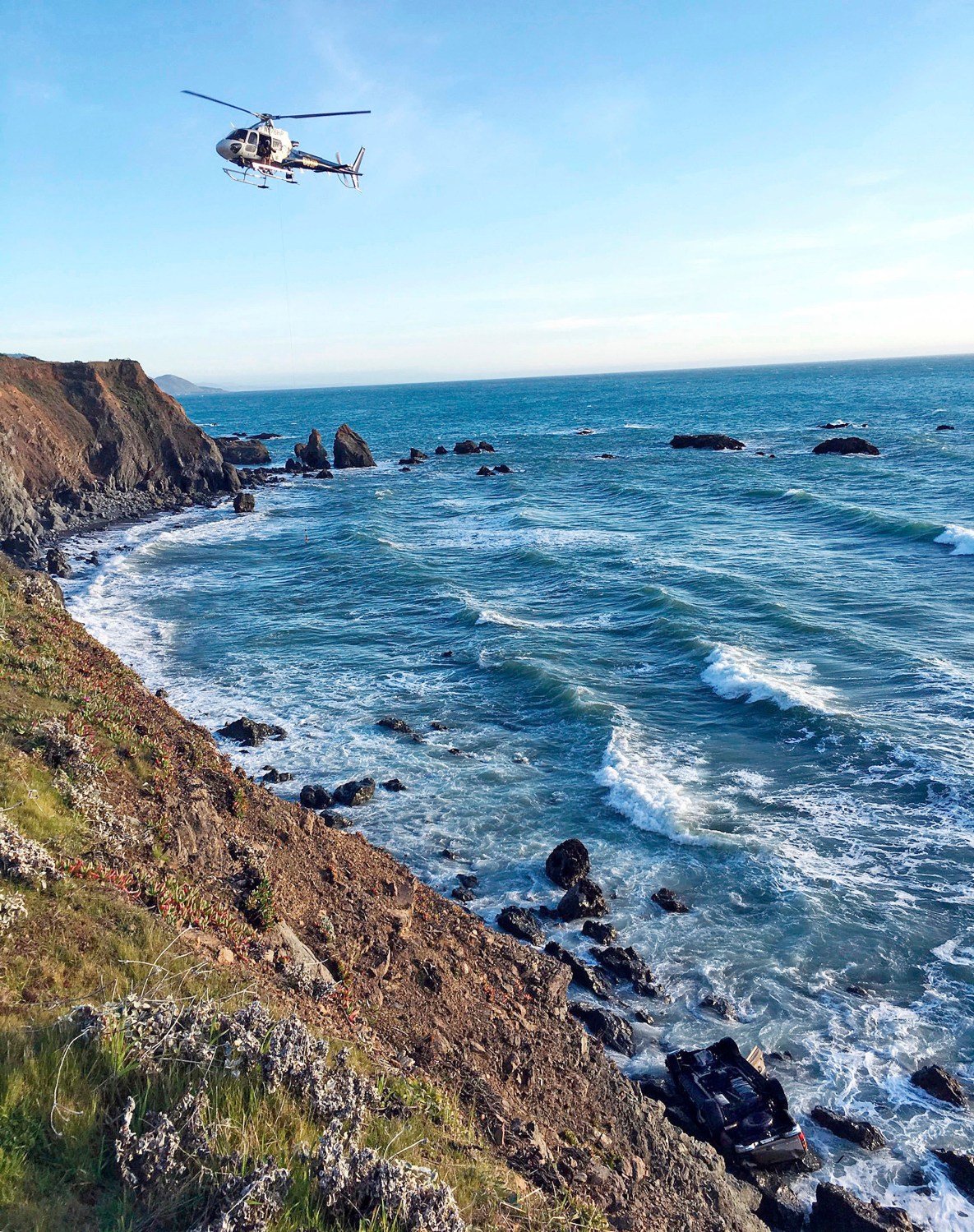 The bodies of Abigail, 14, and her siblings Markis, 19, Hannah, 16, Jeremiah, 14, and Ciera, 12, were discovered on a narrow stretch of coast near the wrecked car. They were thrown from the vehicle on impact.

Devonte Hart (15) was not found. He is officially listed as missing. But he too likely perished on the night his adoptive mothers took the lives of innocents and drifted into the Pacific Ocean.

Devonte Hart is remembered from a touching photo from 2014 when the Protests in Ferguson took place.

This Image Touched Millions of Americans 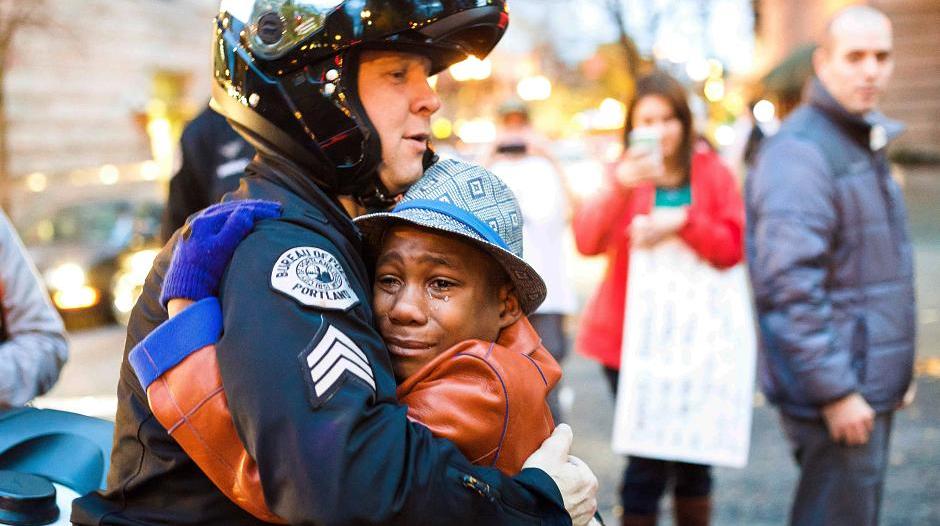 Protests in Ferguson flared up after the grand jury decided not to seek criminal prosecution against white police officer Darren Wilson. He was accused of shooting the black teenager Michael Brown after a confrontation on the street.

Many people in Ferguson did not understand that he does not have to answer criminally for this. Again, they took to the streets to demonstrate against police violence and racism- which sometimes ended in violence.

A photo circulating on social networks showed that there is another way. The freelance photographer Johnny Nguyen took a shot in Portland at a demonstration against racism and police violence in light of the events in Ferguson. It features 12-year-old Devonte Hart.

The African American boy's face is full of tears, but he's being hugged tightly — by a white police officer.

"A spark of hope for humanity," reads one of the comments. "I'm going to put this photo in everyone's face until they understand why it's so important to me," wrote another user. "A very strong photo," "My favorite picture," "We can all learn something from this family" are other comments.

Devonte Hart: A Spark of Hope for Humanity

Nguyen, who took the photo, told the Oregon Live portal how the picture was taken. It was a Saturday when he took photos at the demonstration in Portland. Then he saw this boy hugging a white man — it was a policeman:

"And I thought, what a powerful image: a white American male hugging a young Black American boy."

When the boy finally turned away, he saw tears streaming down his face and a sign around his neck that read, "Free hugs."

The photographer approached him and asked if the boy knew what the demonstration was about, which he, in turn, answered in the affirmative. His mother, standing by him, said:

"Devonte just has a big heart."

He later saw police officer Bret Barnum talking to a boy named Devonte Hart — and the two ended up hugging.

This young guy got it all figured out. His name was Devonte Hart. He was there to heal the world one hug at a time. 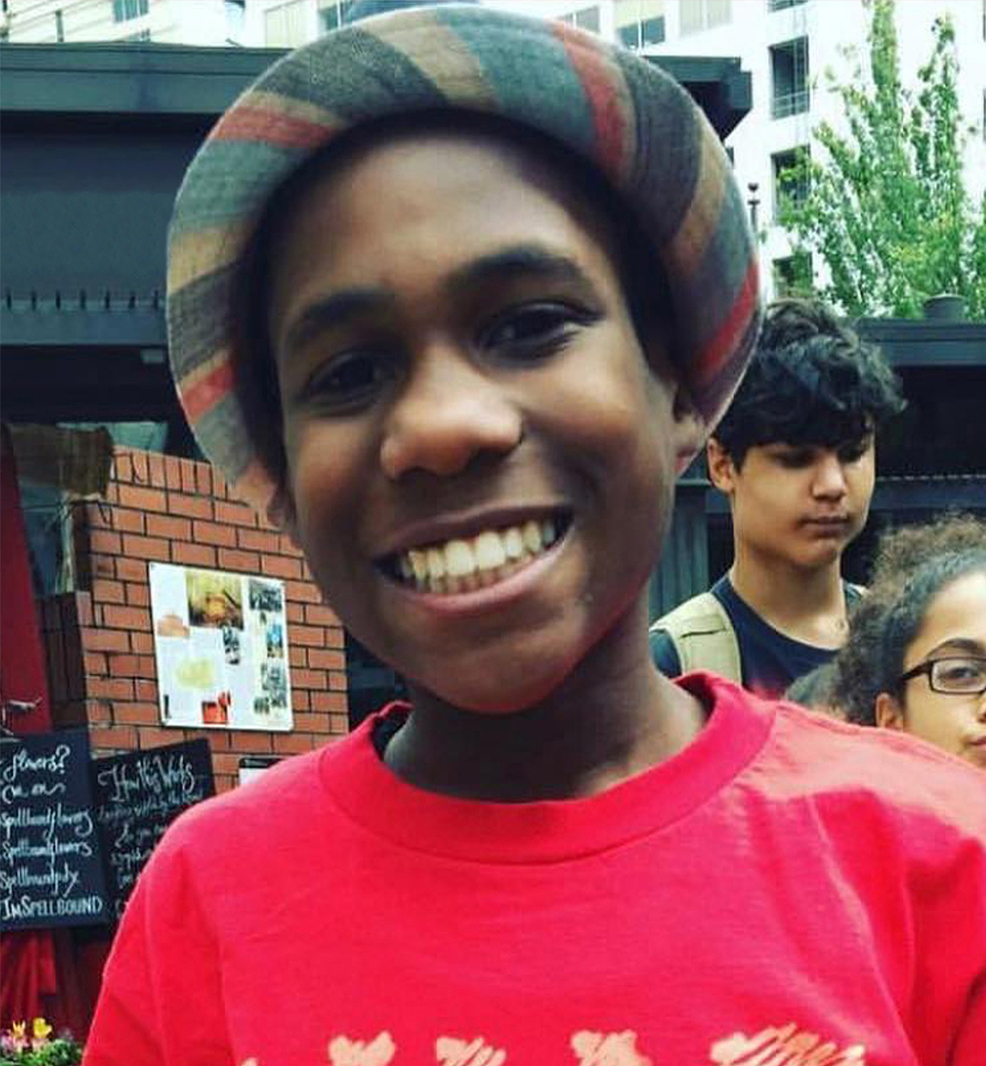 As American media reported, the boy's mother, Jennifer Hart, also commented on the photo on Facebook. Her boy trembled when he stood alone in front of a police barricade. After a while, the policeman reached out to Devonte Hart.

At first, the situation between the two was uncomfortable. Then Barnum asked Devonte why he was crying. When he learned that the boy was concerned about police violence against young black children, the police officer unexpectedly expressed regret: "Yes, I know, I'm sorry, I'm sorry." And finally, it came to the hug.

In any case, for many users of social networks, it was a small sign of hope in the midst of the violence. And the photographer Nguyen also thanked Instagram for so many sharing his picture:

"You play a big role because you share the message of hope and humanity that you see in the photo."

The inspiring photo speaks volumes about the big heart of Devonte Hart, making his life story even more heartbreaking.