For many horrifying reasons, devil's breath, aka scopolamine or burundanga, is rightly considered the scariest drug ever. It got the name "devil's breath" from a legend that claims that the souls of those who take the drug drift away temporarily until the effects wear off.

The most shocking effect of this drug is its ability to block temporary memory. This means the brain does not keep a record of whatever happens after you take the drug, which is incredibly scary.

When used in adequate quantities, it makes the victim passive, euphoric, confused, exhausted, and disorientated. Therefore, the devil's breath can turn people into zombies, making them vulnerable to whatever their captors suggest.

These powerful side effects are why the drug has earned the reputation of being the scariest drug in the world. It is also the reason many stories about its power sound like urban myths.

To this day, some people still wonder whether the drug is real or just a hoax. So, here's everything you need to know about devil's breath aka scopolamine, scientifically known as hyoscine.

Where Does The Devil's Breath AKA Scopolamine Or Burundanga Come From? 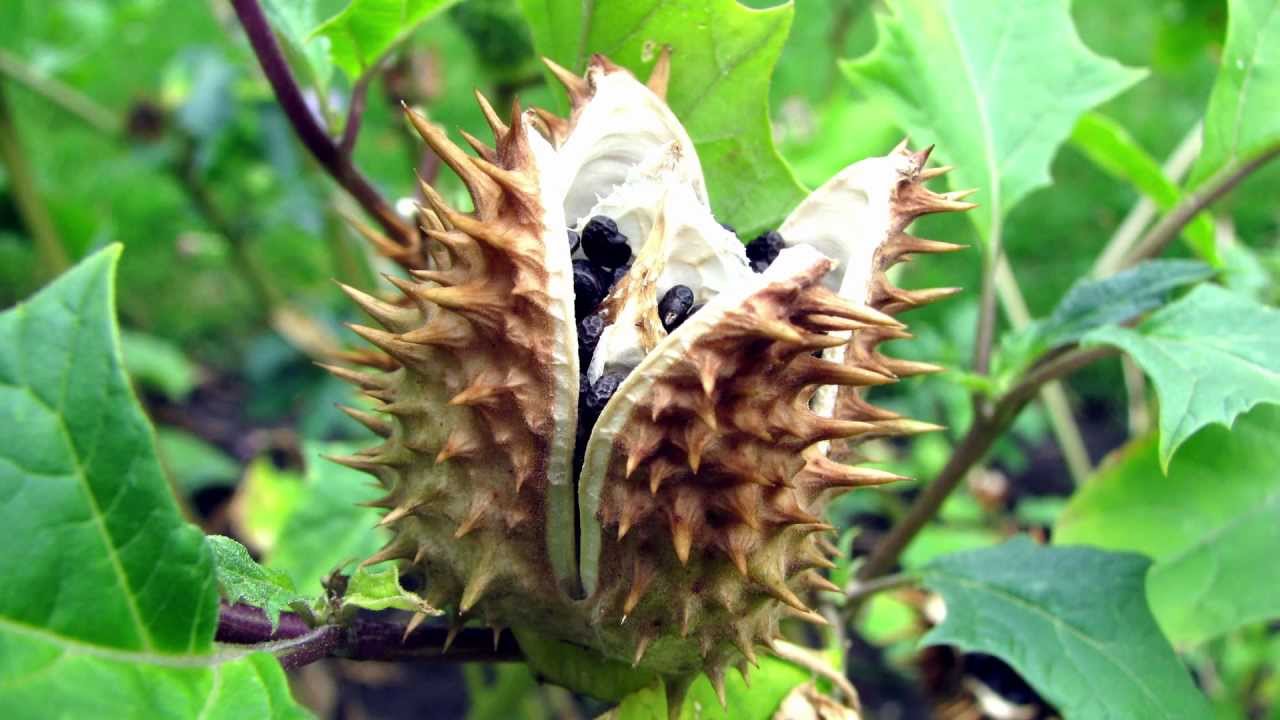 The devil's breath aka scopolamine comes from a nightshade plant that goes by many names, such as hell's bells and devil's trumpets. The local Colombian name for the plant means "get-you-drunk" tree.

The drug is processed from the seeds of this tree.

Despite the terrifying effects the tree can have on people, it looks pretty harmless. The plant could be less than 10 feet tall when fully grown, although it can also reach over 30 feet.

One of the terrifying parts of the plant, the flower, is also the most beautiful thing about it. The tree has gorgeous delicate flowers that can be white, yellow, pink, or purple.

These beautiful flowers are very toxic despite their seemingly harmless appearance. Recently, a TikToker accidentally drugged herself after sniffing the plant's flower.

She compared the experience to consuming the worst roofie imaginable, but a million times worse. 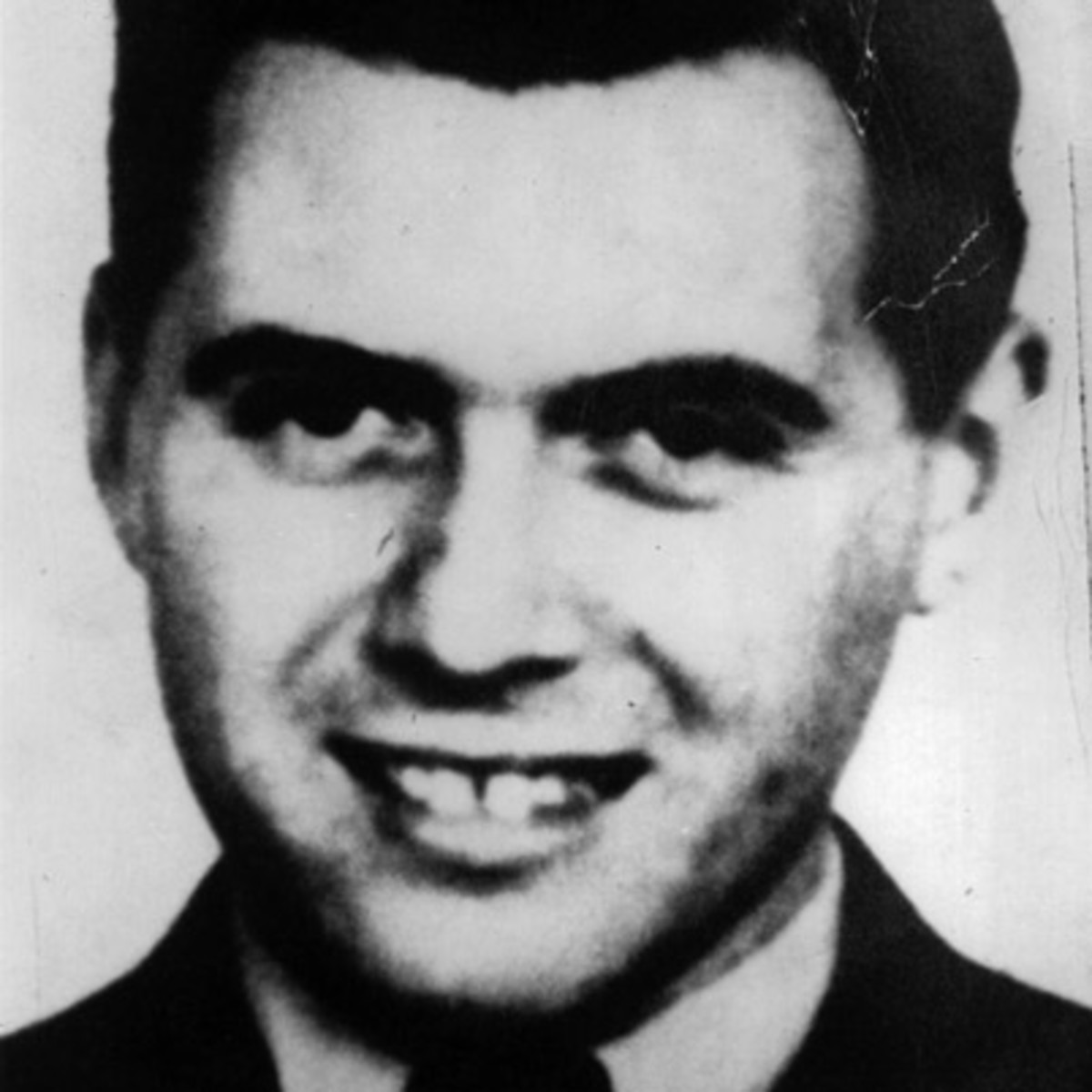 Although Colombia is highly associated with devil's breath aka scopolamine, the drug's use is related to many countries. Josef Mengele, the infamous Nazi doctor, apparently used the drug during his horrifying human experiments.

The drug was isolated by Albert Ladenburg, a German scientist, in 1880. After that, investigations into the drug's use as a form of truth serum began.

Witches from the Spanish Inquisition era also used the devil's breath in their concoctions.

At approximately 1900, the drug was used as an anesthetic. It was also suggested as a form of pain relief during childbirth when combined with morphine.

According to history, the word truth serum was used by Dr. Robert House. He was a Texan doctor who used devil's breath aka scopolamine when interrogating prisoners.

The doctor managed to get the truth from the prisoners, and he published several papers about his findings, making the public aware that such drugs were in existence.

Some police forces used devil's breath aka scopolamine because victims "cannot create a lie" since the drugs take away their power to reason. However, over time, the drug's ability to make people truthful was called into question.

Therefore, many law enforcement agencies stopped using the drug as a truth serum. The CIA also tried to use the devil's breath as a truth serum, but the deadly effects made them give up.

Nevertheless, the devil's breath was still used in interrogations during the Cold War by the Soviets.

The Drug Is Mostly Used With Criminal Intent 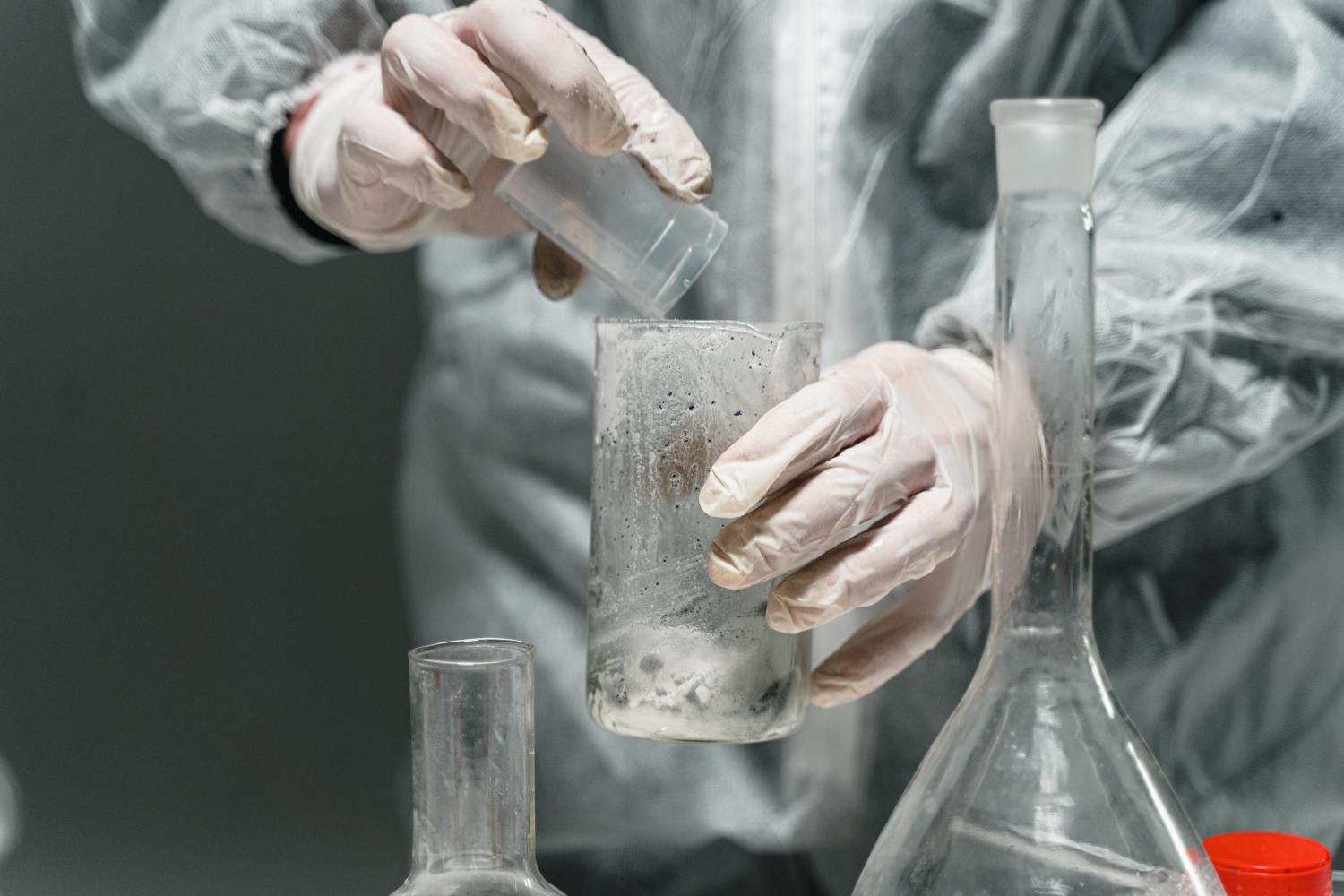 Devil's breath is used mainly by prostitutes, who use it on rich men to take their money. When this occurs, rich men get up the following morning with their money gone.

In some cases, people wake up after taking the drug to find their organs missing. Therefore, not everything said about the devil's breath is a legend.

The drug is also infamous for facilitating sexual assault since it has strong sedation effects that cause relaxation of smooth muscles.

For this reason, many people who were given the drug were shocked to discover that they had been forced to empty their bank accounts and hand over all their money to strangers.

In extreme cases, people have been forced to pull the trigger while under the influence, implicating themselves in life-altering severe crimes.

Anyone who gets a taste of this drug wakes up the following day, not remembering what happened during the last several hours of their lives. The drug starts to take effect after 20 minutes, and the effects can last for over 24 hours.

The Devil's Breath AKA Scopolamine Has Been Used To Kill 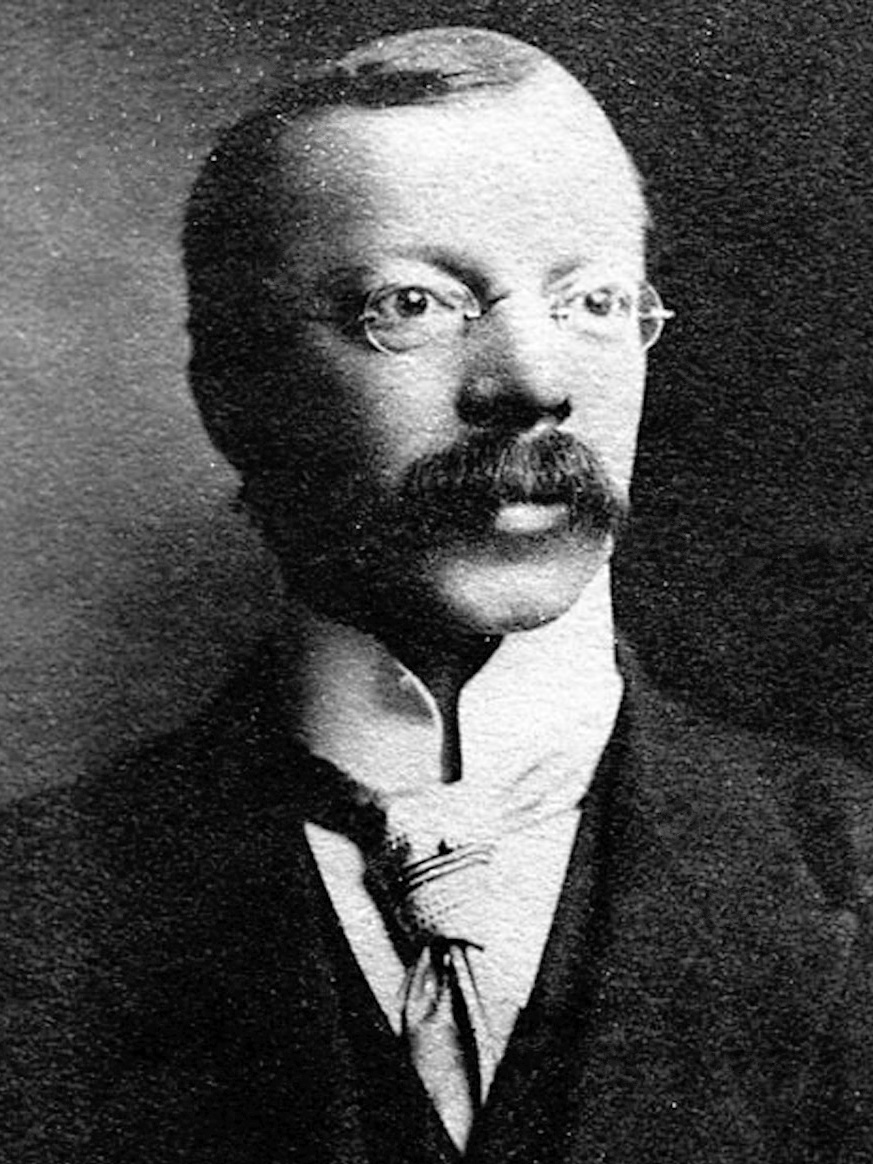 In the right quantities, scopolamine or burundanga can be used to kill. One of the most famous cases of the drug being used to kill pertains to doctor Hawley Harvey Crippen, who was hanged for killing his wife using the drug in 1910.

Allegedly, in pre-colonial Colombia, new leaders would apparently use the drug to trick wives and mistresses of outgoing leaders into mass graves before burying them alive.

After these wives and mistresses were given the devil's breath aka scopolamine, they would willingly agree to get into mass graves where they were buried alive.

Fortunately, many accounts of the drug being used don't have deadly outcomes.

The drug is often used as a hallucinogenic, which was the case in many parts of Europe and Asia. The Greeks also used it as a sedative.

The Use Of The Devil's Breath In Colombia 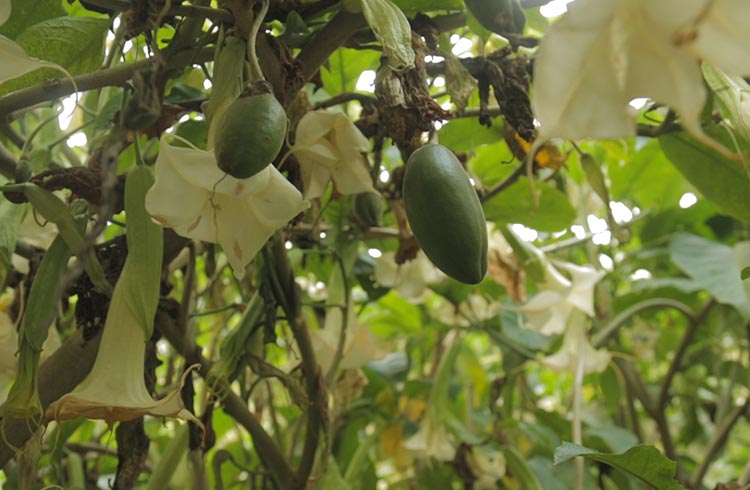 The devil's breath is mainly associated with Colombia, the drug's hotbed. Colombia was embroiled in a civil war for half a century, and in that time, homicide rates soared.

Due to severe income inequality, large portions of the population are often desperate enough to try anything.

There are many opportunities to use devil's breath aka scopolamine, with rampant crime. The runaway drug trade does not help things, with Colombia being considered the number one cocaine distributor globally.

There are around 50,000 cases of people being exposed to the drug each year in the country.

In many parts of the world, few people know about the effects of this plant. In Colombia, experts can process the flowers and seeds to make a tasteless white powder that can be used to commit many kinds of evils.

On its website, the U.S. State Department has warned travelers to Colombia to watch out for criminals who might use the drug to rob them. The warning, however, does not just refer to the devil's breath aka scopolamine, but other drugs as well.

Visitors are encouraged not to leave their drinks and foods unattended or accept food from strangers.

Generally, people are so watchful when traveling to some parts of the world to avoid being exposed to the devil's breath aka scopolamine.

Does The Devil's Breath Have Any Useful Applications?

The devil's breath is rarely used for recreational purposes. It is mainly administered to third parties with criminal intent. About 70% of victims of this drug end up getting robbed, and others end up getting raped.

Thousands of crimes are committed in South America using the drug.

There are also reports that the drug has also been used to carry out street robberies in Paris. The Paris victims were tricked into inhaling the drug. After, they lost their free will and took the criminals home, where they handed over their money and possessions.

Despite its fearsome reputation, the devil's breath aka scopolamine has some important uses.

The drug has also been used to handle eye inflammation, bowel colic, and gastrointestinal spasms.