In 1930, drought and famine swept through the Southern Plains of the US. This land that had once held the wealthiest and most fertile soil in the United States became a wasteland, now known as The Dust Bowl.

Images of the Dust Bowl show how dust storms plagued these areas, choking people, and suffocating crops and livestock in its path. Life for those living in these areas was a struggle. Many perished with no money, food, or fresh air. 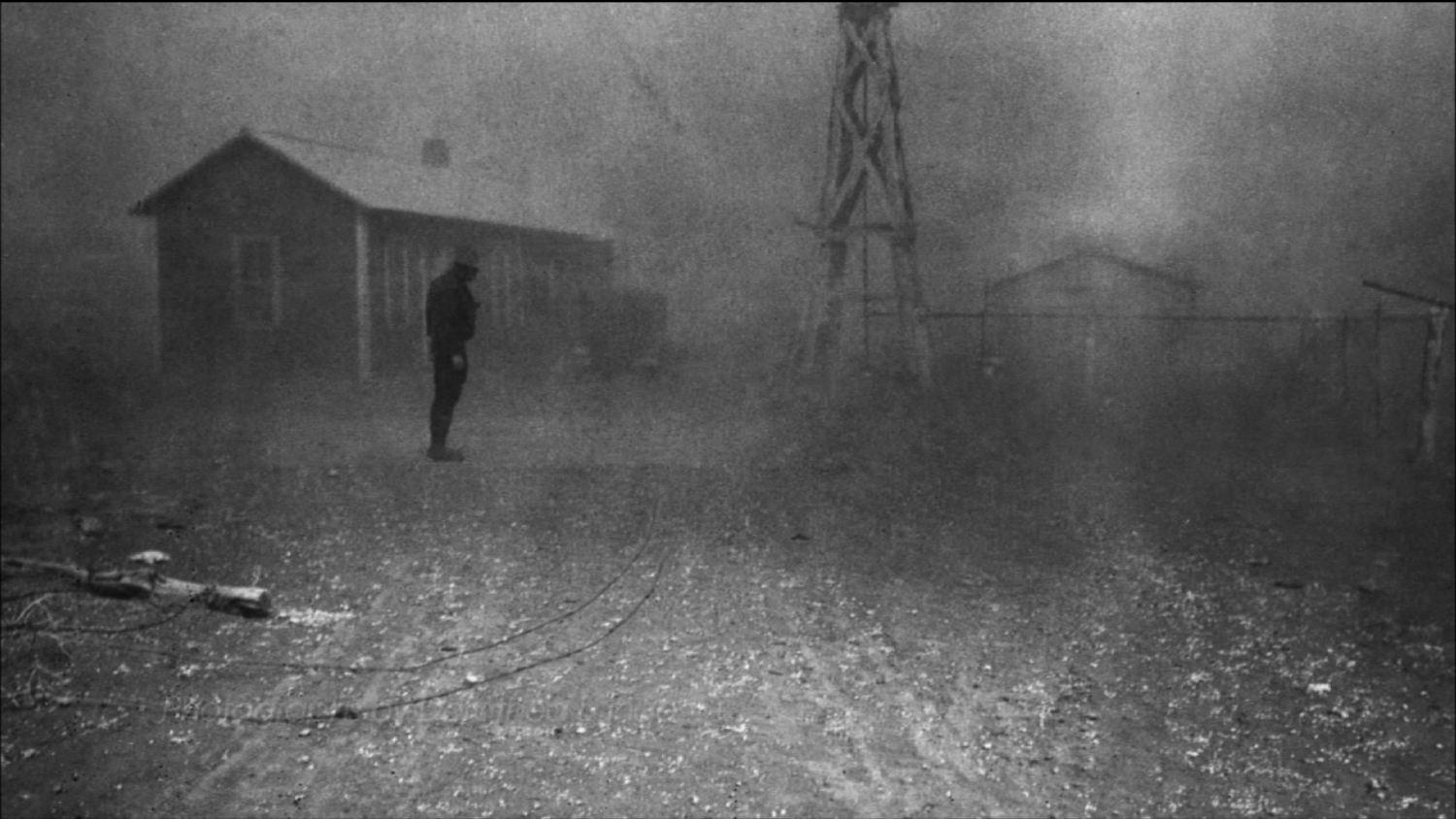 Photographs from this era capture the disillusioned stare of those living in the dust bowl. A stare that has been termed: "The the quintessential thousand-yard stare." 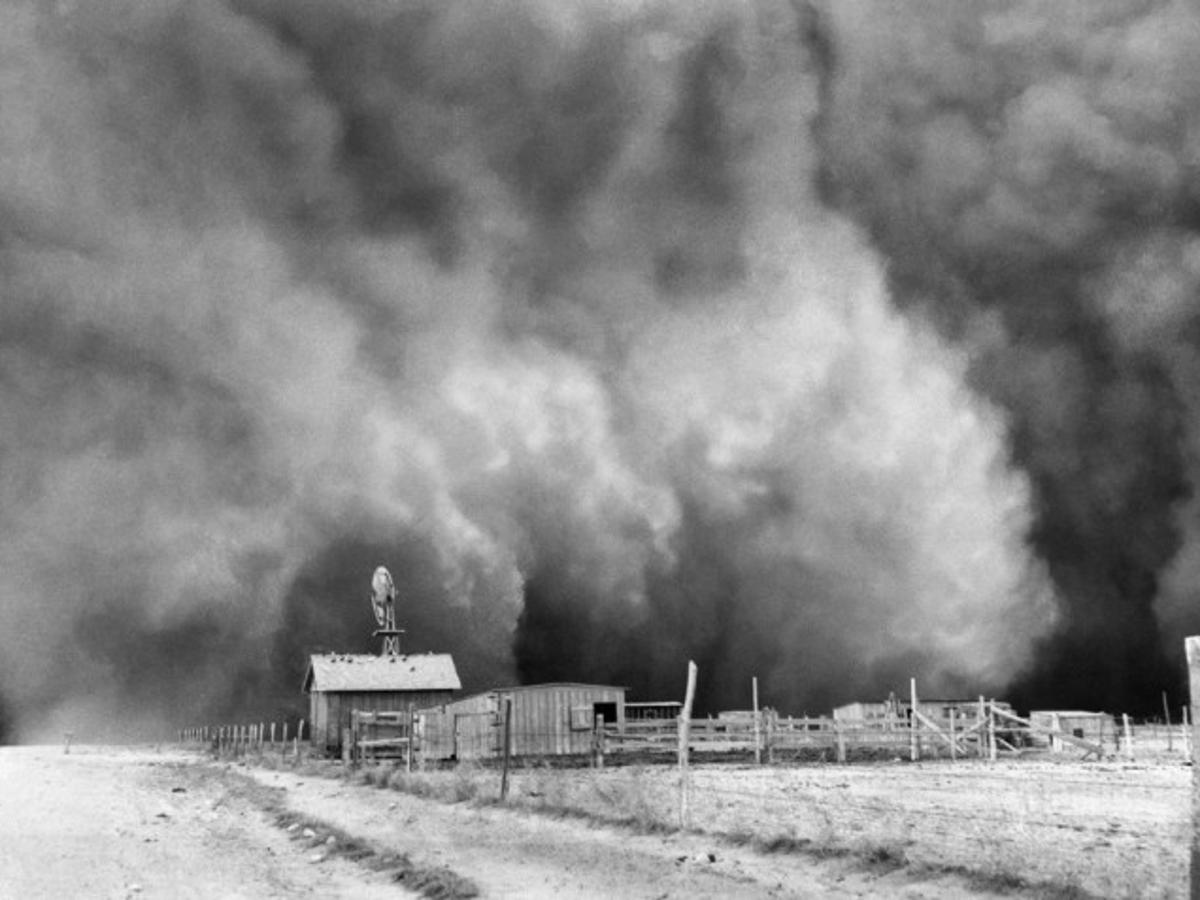 At first glance at images of the Dust Bowl, one may think a storm cloud is rolling over farmlands. This is no storm cloud, but instead is a cloud of dust and sand that left only dirt, death, and destruction in its wake.

The Dust Bowl results from poor agricultural practices in an area already susceptible to droughts and high winds.

The great fields of America once held the most fertile soil in the United States. This area stretched across multiple southern state lines, from Texas to Nebraska. The nutrient-dense topsoil was 6 feet deep and held within it great promise for the agricultural industry. 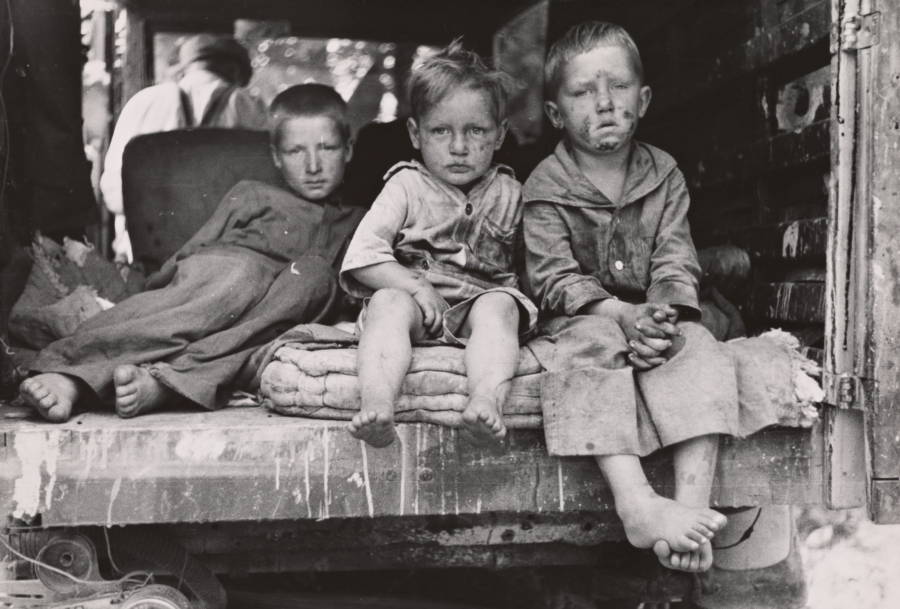 During the post-Civil War era, there was a boom in wheat production. Farmers were motivated by low mortgage rates to move out into the great planes to farm wheat.

The introduction of gasoline tractors made it easier to access more land. Farmers began to plow the ground rapidly. 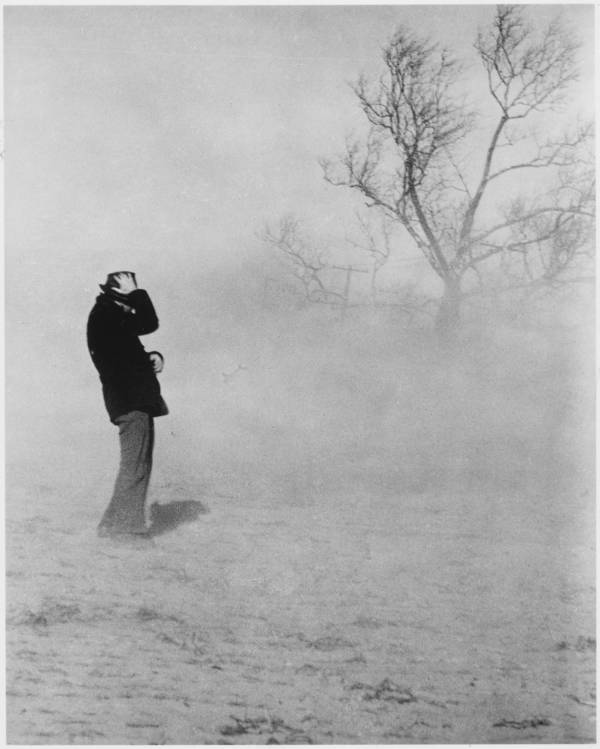 Soon the Southern Plaines became an ocean of wheat crops that had replaced the prairie grass that once grew there. Over four generations of farming, the Southern Planes were over-plowed, resulting in thoroughly exploiting the rich soil.

In the 1930s, the Great Depression took its hold across America, prices soared, and the economy became crippled, with the livelihood of many resting in the balance. 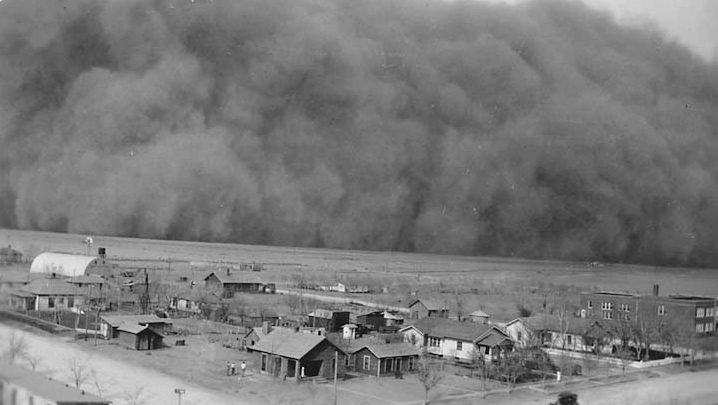 Along with the collapsing economy, the wheat market also collapsed. The wheat fields started to dry up as a result. Farmers who could not sell their crops were then faced with the worst drought of their time.

In an already arid area, the grasslands were not subject to large amounts of rainfall. The natural prairie grass that grew in the plains was essential in maintaining the soil. The prairie grass helped maintain moisture in the soil and acted as a binding agent holding the ground together in strong winds. 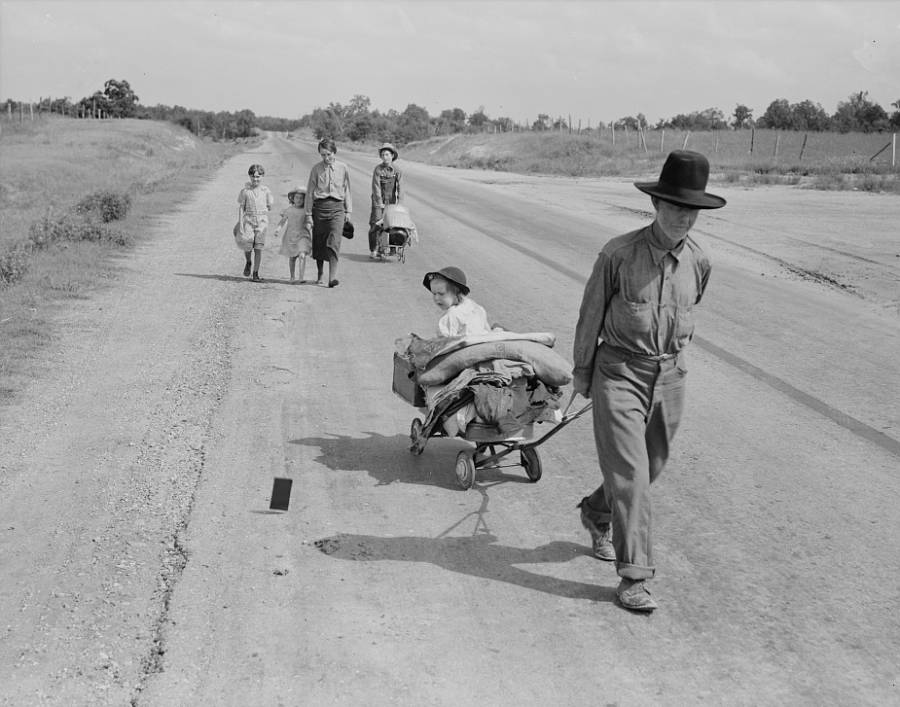 This grass was essential in maintaining the environmental integrity of the land and had been thoroughly cleaned out and replaced with wheat.

As a result of no rain and only dry, barren sand, the combination of these factors resulted in devastating dust storms, as Dust Bowl pictures show.

Dust storms started to sweep across the southern plains. As a result of being over-farmed, the land was defenseless against these winds.

Images Of The Dust Bowl, An Environmental Cataclysm 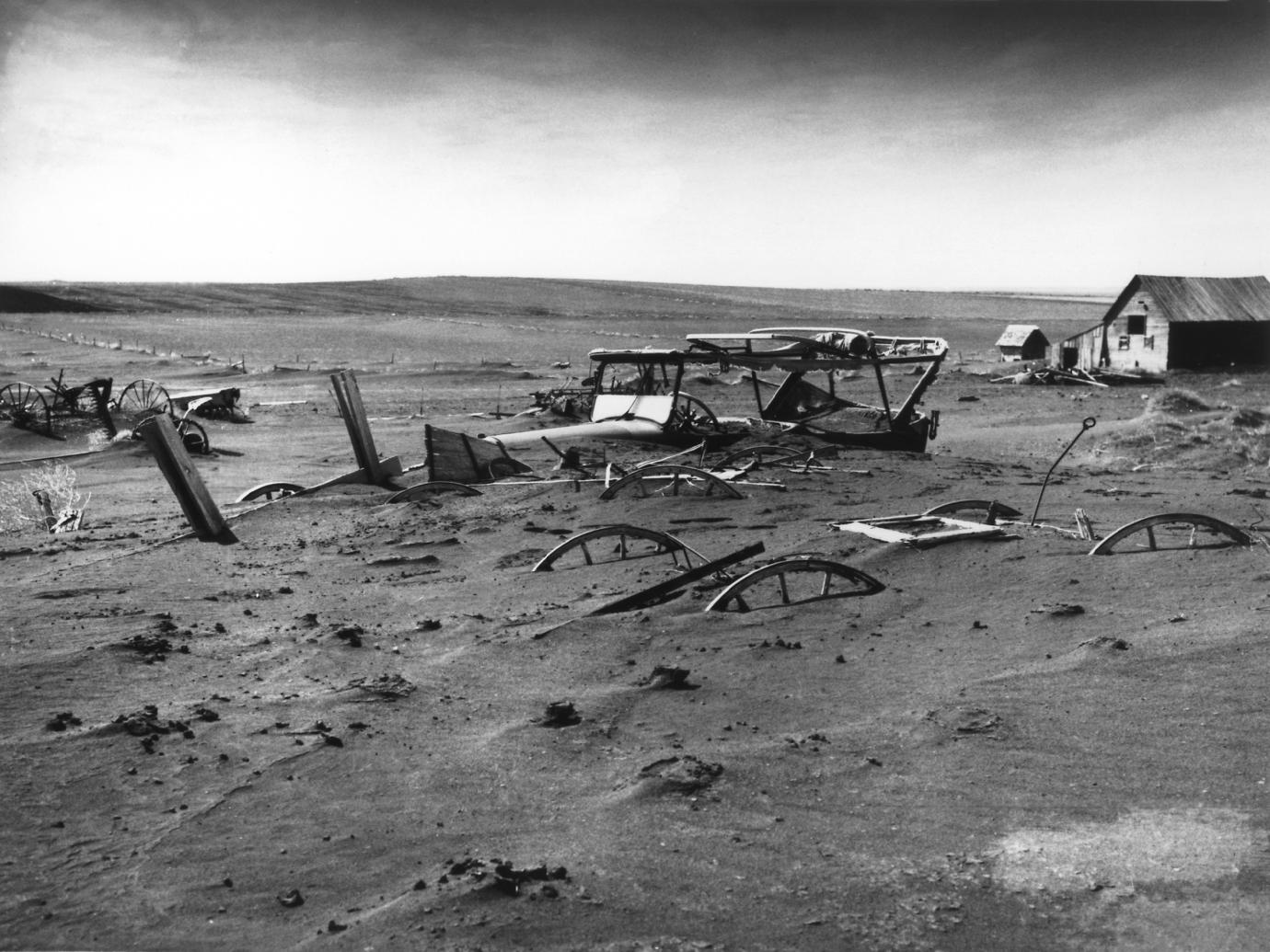 This event is best described as an environmental cataclysm. Factors involved in creating the devastating dust storms included an extended drought, high winds, and the loss of over a million tons of topsoil. 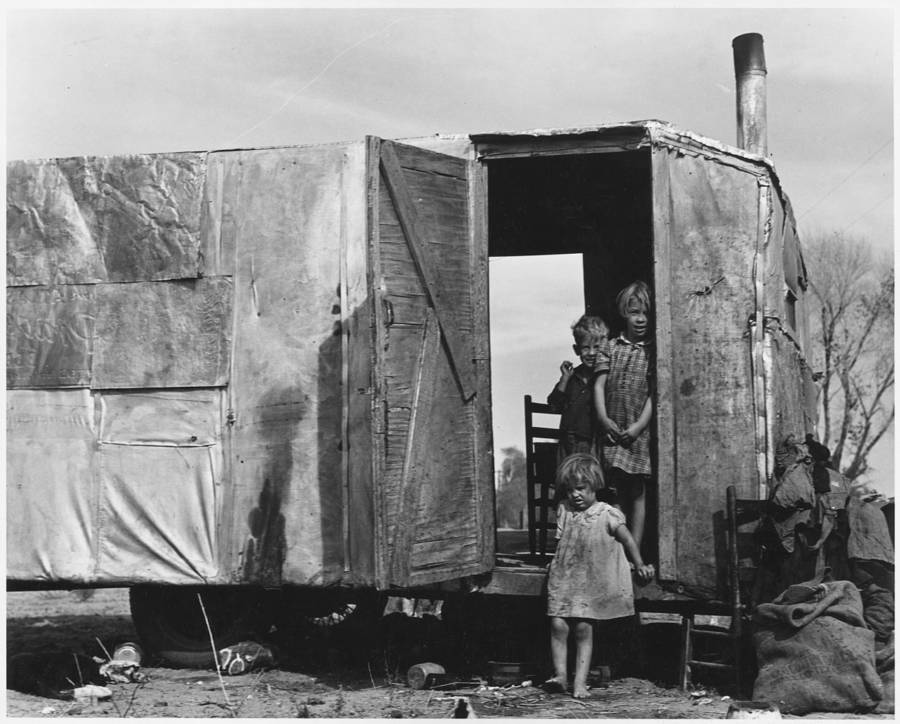 As seen in many images of the Dust Bowl, the storms were massive and extremely powerful. One can only imagine the terror the residents felt seeing these dust storms build upon the horizon before they consumed their homes. 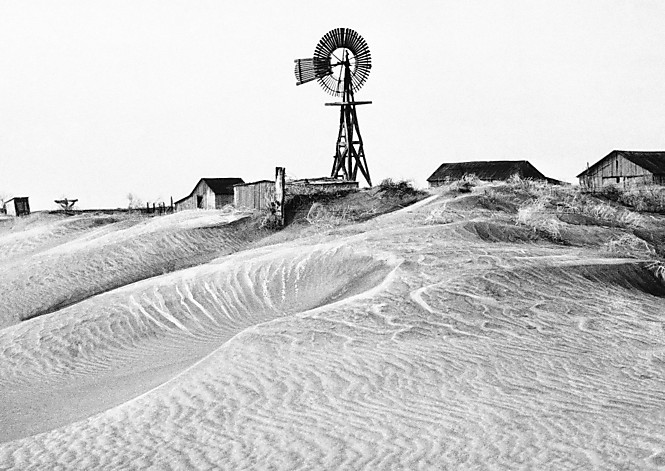 People living in the Southern Planes had to teether themselves to rope when going outside to avoid being blown away by the strong winds.

Farmers were faced with severe dust storms that started to kill their crops and farm animals. The dust storms buried homes, farm equipment and left many stranded.

The loss of crops, cattle, and based infrastructure resulted in the loss of income. Farmers were losing as much as 25 million dollars a day. 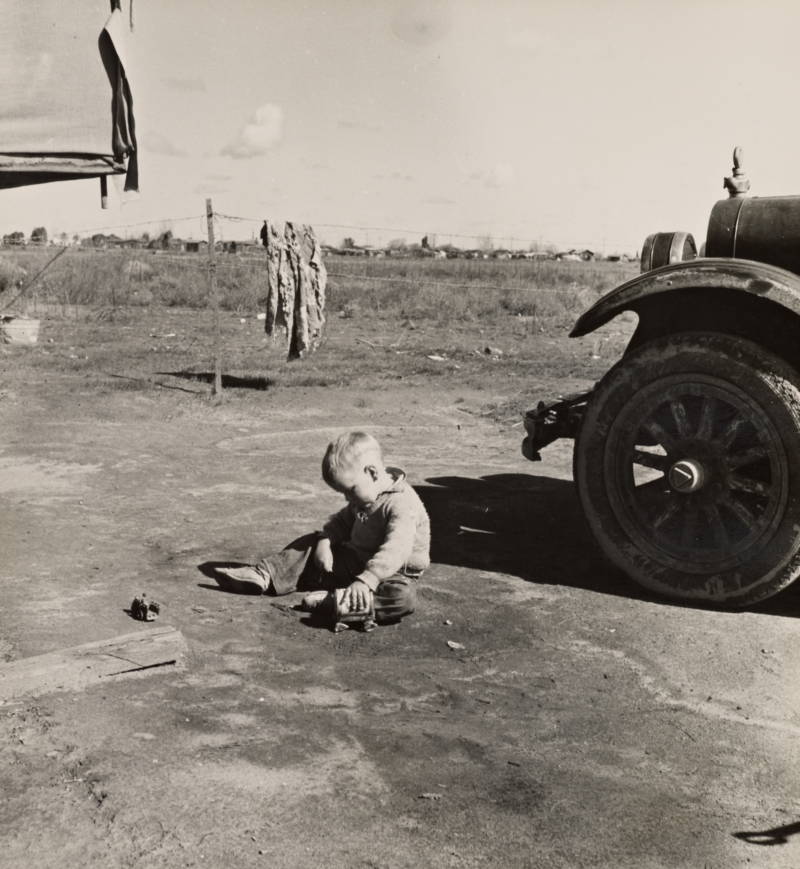 Livestock were not the only ones killed by the dust storms. Hundreds of people - especially infants and young children, were living in the Dust Bowl perished.

The residents of the Dust Bowl were constantly exposed to clouds of dust that contained extremely fine silt particulates and had a high silica content. 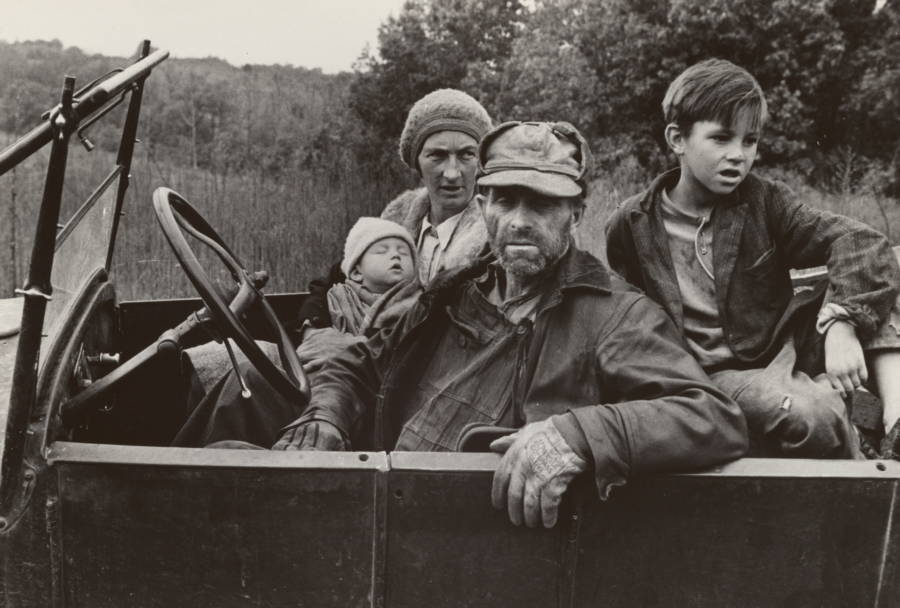 Those that had to inhale the dust-filled air suffered from coughing spasms, asthma, bronchitis, shortness of breath, and influenza.

Images Of The Dust Bowl Refugees 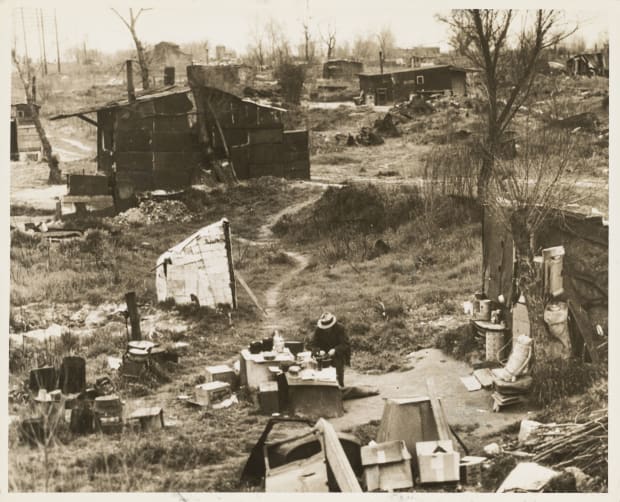 Many residents of the Dust Bowl fled from their farms to California in search of jobs.

The struggle to survive continued even for the farmers that chose to leave their land. With limited jobs available during the Great Depression, many families were forced to live in informal settlements on the outskirts of cities. 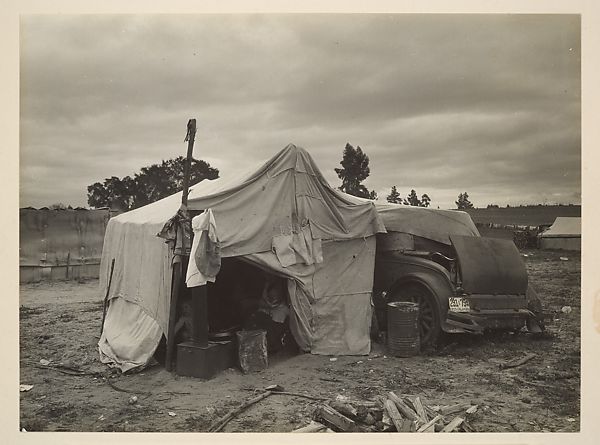 The locals in California did not welcome the influx of refugees to the city and even called them "Okies" - a derogatory term implying that these people were hillbillies from Oklahoma.

The beginning of World War II gave some relief to agricultural migrants.

Jobs in factories became available as people were drafted to fight in the war. More families living in the Dust Bowl migrated to the city to work in these factories.

Faces of the Dust Bowl 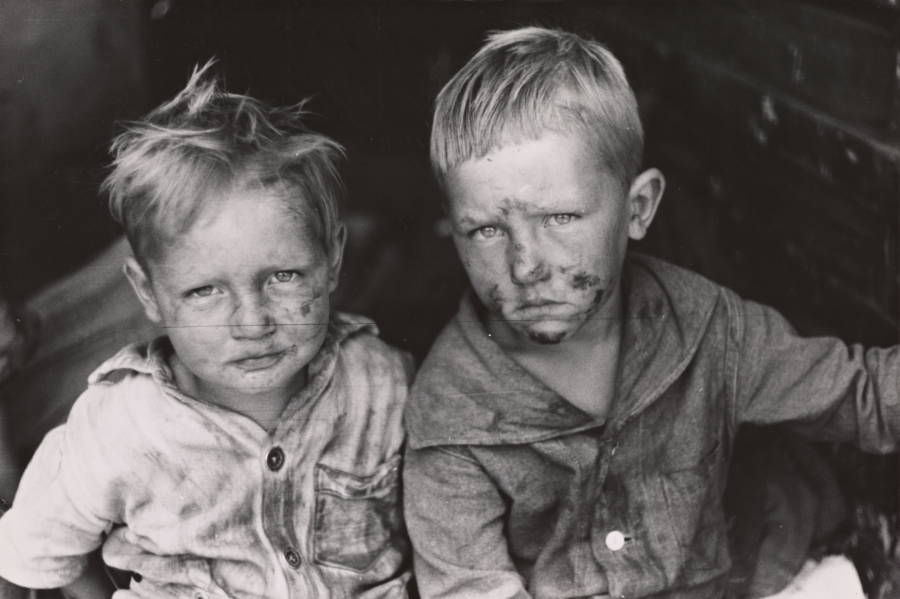 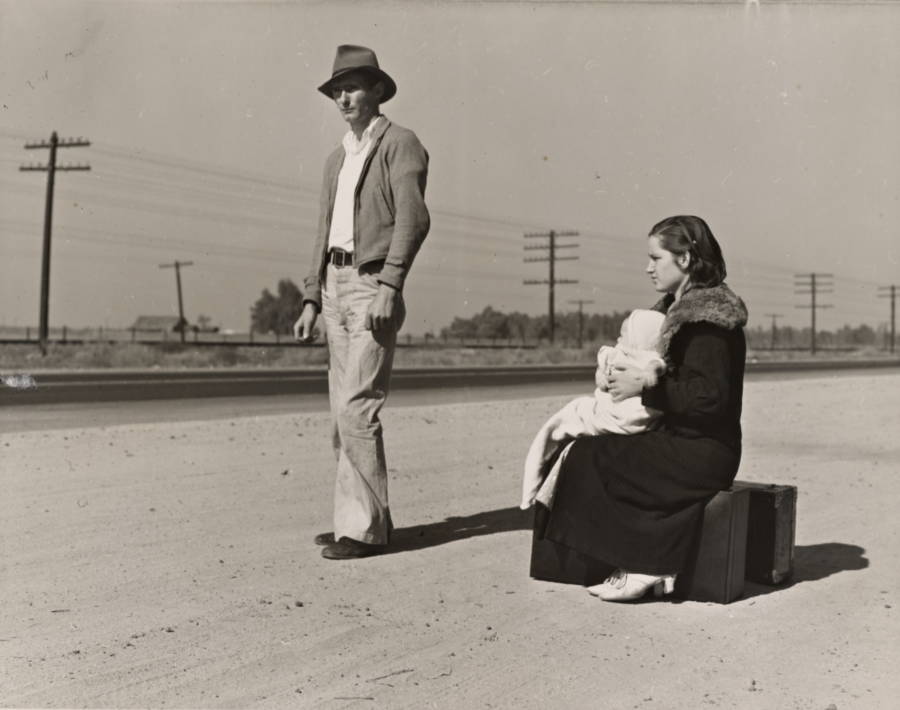 One photograph showing a woman and her children has become famous. Her face represented the desperation that families living in the dust bowl felt. The image of this woman has been termed "The Migrant Mother" by photographer Dorathy Lange. This migrant mother had left the Dust Bowl in hopes of a better life in California, but she and her children were only met with poverty. 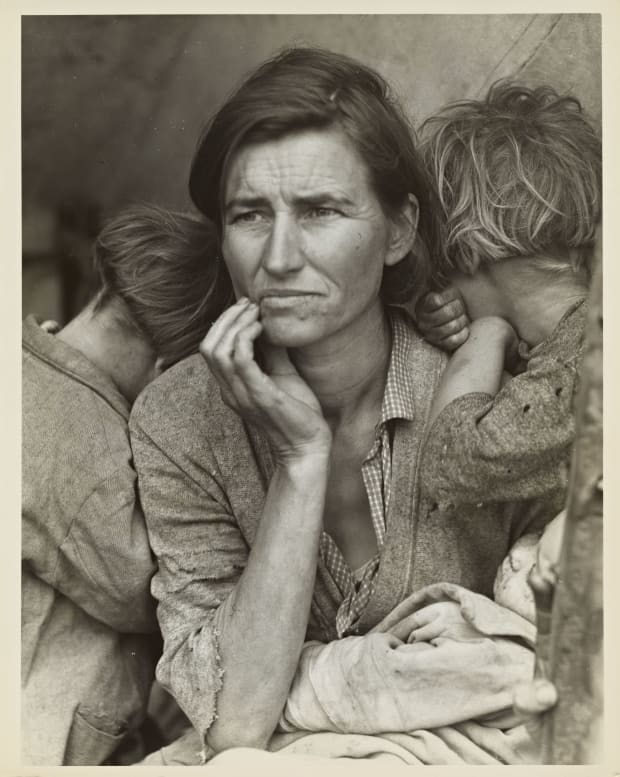