The former officer is closely watched as a potential suicide risk. He is separated from other prisoners in Oak Park Heights in "administrative segregation."

This rule is applied when "someone's presence in the general population is a safety concern." 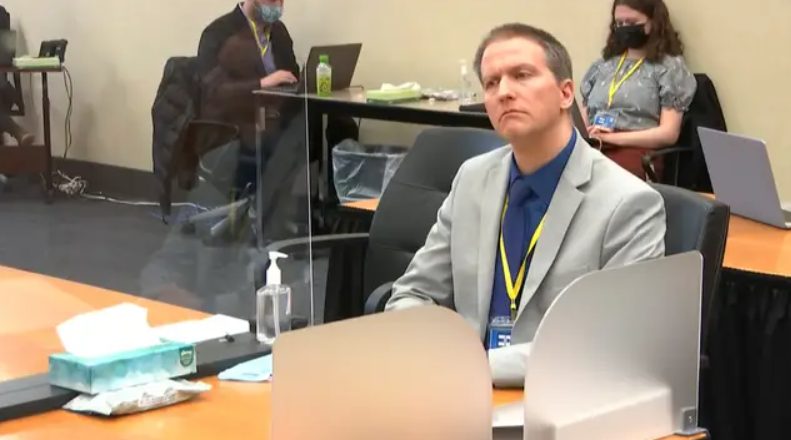 George Floyd's death last May 25 caused riots across the States, and it spread to other countries like wildfire.

In October, the former officer posted one million dollar bail. On March 29, 2021, the opening statements marked the begging of the trial.

The Hennepin county judge Peter Cahill issued the sentencing. Though the prosecutors wanted maximum jail time, this is one of the longest punishments any police officer received for murder while on duty.

Cahill stated that his sentencing was "not based on emotion or sympathy." He did add the need to "acknowledge the deep and tremendous pain that all the families are feeling, especially the Floyd family."

After the trial was over, Chauvin received a new mugshot. In the first one, he was wearing a black, casual shirt. Now, the Minnesota Department of Corrections released pictures of the disgraced officer wearing an orange jumpsuit.

Chauvin In An Orange Jumpsuit Is Not Justice, But It Is Accountability

Minnesota attorney general Keith Ellison confirmed that "Chauvin's sentence was one of the longest a former police officer has ever received for an unlawful use of deadly force."

He added that it was "another moment of real accountability on the road to justice," and continued:

"My hope for Derek Chauvin is that he uses his long sentence to reflect on his choices and his life. My hope is that he will be able to find it within himself to acknowledge the impact of his choices on George Floyd, his family, his fellow police officers, and the world."

Though Chauvin is sentenced to 22 and a half years, he might serve only 1/3 of his punishment. According to Minnesota's State laws, he might be out much sooner for "good behavior."

We are still shaken by the additional nine minutes of George Floyd crying and begging for mercy. That's why we cannot exactly be thrilled about this possibility.