A juror in Johnny Depp's defamation trial against his ex-wife Amber Heard has spoken out in response to Amber's claims that Depp's legal team duped the jury. The juror pointed out that evidence was followed before they made their verdict.

The juror also said that her emotional outbursts made them "uncomfortable."

The man spoke anonymously to Good Morning America. He mentioned that the stares Amber gave the jury during the trial made them uncomfortable. 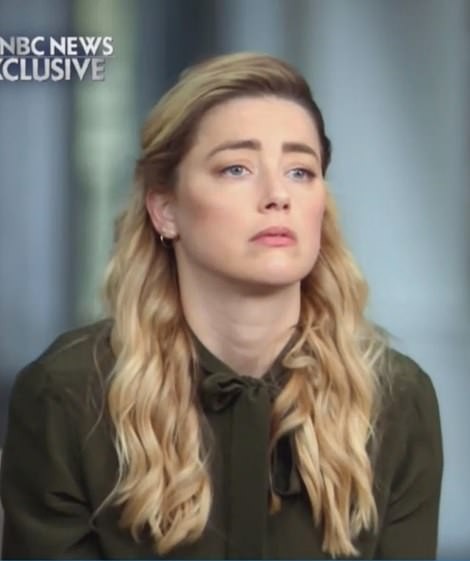 Additionally, the jury had problems believing her because she would move from "crying" to being "ice cold."

The jury denied that social media determined the trial's outcome. He pointed out that three of the jurors did not even have Facebook or Twitter accounts.

The jury had five members, and this particular juror said:

"The crying, the facial expressions, the staring at the jury...all of us were very uncomfortable."

On many occasions, Amber has said that Depp won the trial because he was more famous and likable than she was. 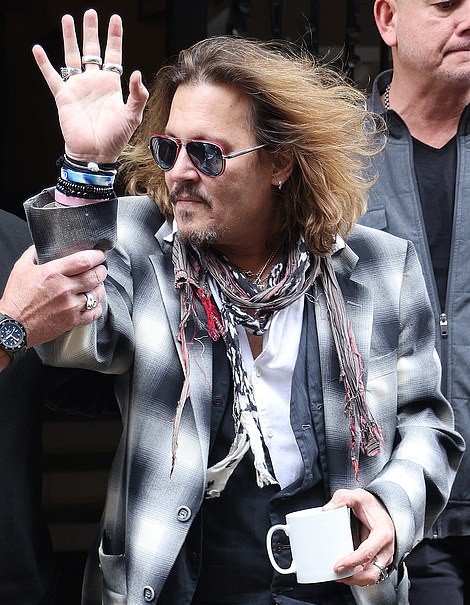 The juror dismissed the allegations saying that the case was decided based on the evidence presented during the case. He claimed that her story did not make a lot of sense and that most of the jurors felt that she was the aggressor.

The juror went as far as saying that what they had seen when Amber cried was nothing more than crocodile tears:

"... she would answer one question and she would be crying and two seconds later she would turn ice cold..." 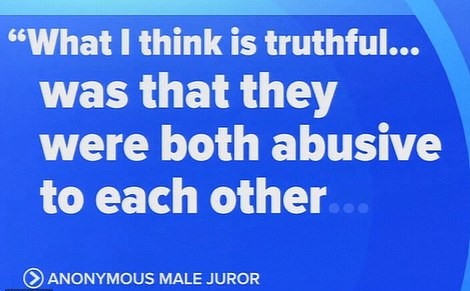 The juror said that he personally thinks that Depp never hit Amber as she has been saying.

He also said that one of the turning points during the case was the discovery that she had not made the $7-million donation from her divorce settlement as she had publicly claimed she had. 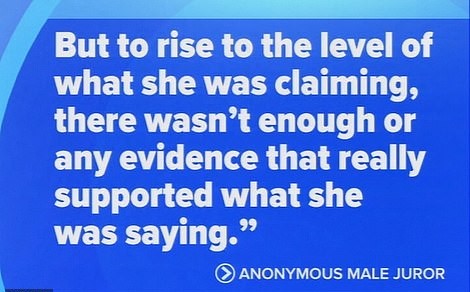 The juror also pointed out that Depp's legal team was "sharp" while Amber's legal team had "sharp elbows" which made them seem abrasive.

"She went on a talk show in the UK. The video shows her sitting there telling the host she gave all that money away." 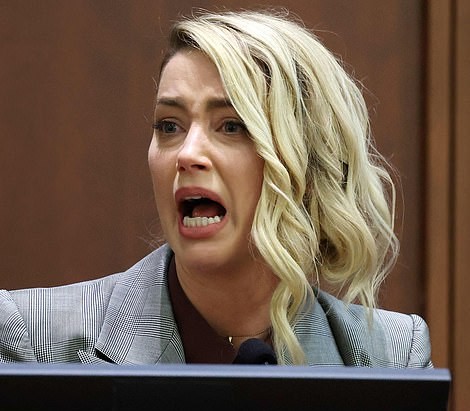 While on the stand, Amber said that she used the terms "pledged" and "donated" interchangeably.

Still, the juror said that he thought Depp and Amber abused each other, but the jury eventually felt that his account of what happened was more credible.

"He just seemed a little more real in terms of how he was responding to questions. His emotional state was very stable throughout."

According to the juror, what he thought was truthful was the fact that they were mistreating each other. For this reason, he did not think either of them was right or wrong.

Unfortunately for Amber, she had no evidence that backed her claims. The juror said he did not use social media, which Amber claims had influenced the jury's decision. 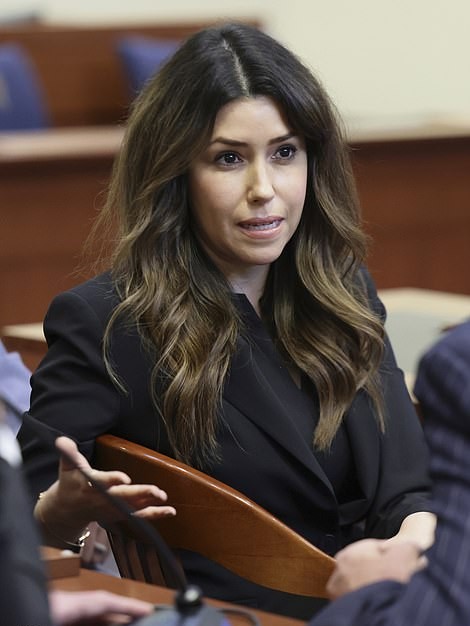 Ultimately the jury felt that Depp had been defamed by Amber, which is why she ended up being ordered to pay $8.35 million, which she has since said she could not afford.

Although Amber lost the case, she has continued to claim that she was being truthful all along. During an appearance on the Today show, she claimed that Depp beat her and that she still loved him.

She told Savannah Guthrie that she would stand by everything she said to her "dying day."

Amber also said she tried to do all she could to make the relationship work but it didn't.

"I have no bad feelings or ill will towards him at all." 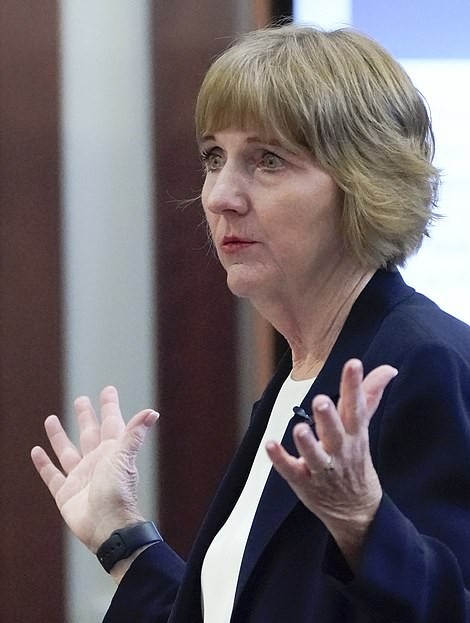 Although she understands that people have a problem believing her, she felt that she should be easy to understand for those who have "ever loved anyone."

When Guthrie asked her about the incriminating audio clips in which she said she was physically abusive towards Depp, she said she never instigated the violence.

However, she also said she was regretful over the horrible and ugly things she had done and said to her ex-husband Depp. Her actions, she explained, were influenced by the fact that she was going through emotional, psychological, and physical distress.

After her interview, many people got very upset. According to many people, Amber has sunk to a new low through the things she said during the interview.