TikTok users aren't from this planet, or at least one might hope so. Their latest attempt to be original is shaving down their teeth.

Yes, it's called "shark teeth," and doctors had to get involved once again, just like the professionals had to stop TikTok users from drinking from menstrual pads or "tasting" with their nuts. 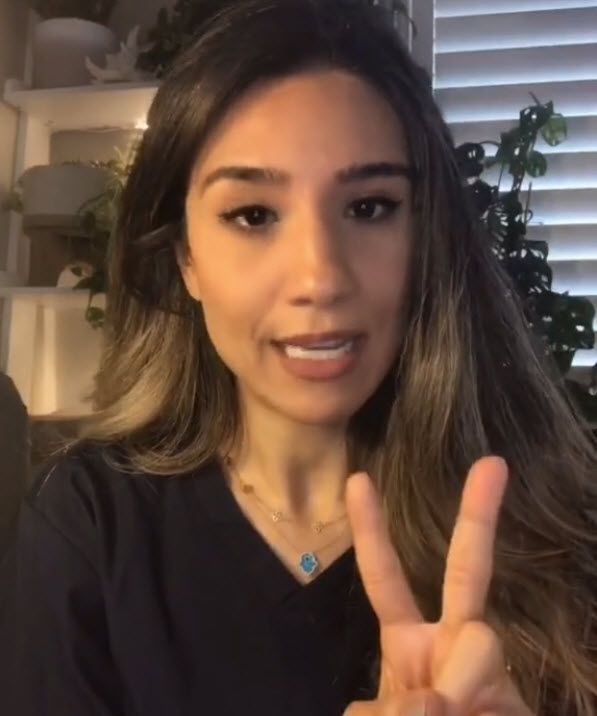 dentists are warning, tiktok users that shave their teeth will need dentures by 40

Shaving your teeth down is a procedure only performed on teeth that are decaying or broken. You will be left without your teeth, and you'll need tens of thousands of dollars to be able to smile again.

But, will TikTokers listen? Doubtful.

London-based dentist Dr. Shaadi Manouchehri posted a video on her TikTok page warning that crown preparation can compromise a tooth's nerve and result in the need for a root canal.

"She's going to have dentures by the age of 40," Dr. Manouchehri stated in a comment on one of the "shark teeth" videos.

Dr. S Manouchehri explained many people are not aware of "the differences between veneers which attach to the front of the teeth and invasive crowns, which require teeth to be ground down so the entire structure can be covered."

Her US colleague, Arkansas orthodontist Ben Winters, DDS, further revealed that this challenge comes with a hefty price:

The irreversible process of shaving teeth to pegs will catch up with you. And it's more than aesthetics.

So, kids, what is it going to be? A challenge, which will fade away in a week, or your health for the next couple of decades?