A man was left in stitches after a delivery driver sent him a hilarious photo showing his package flying over his fence as "proof of delivery."

Phil Hollingsworth, who works for the Warwickshire Police in England, UK, wasn't at home when his parcel from the Perfume Shop arrived.

However, he was stunned to see how it had been delivered when he received a confirmation email from the delivery driver.

When Phill, 52, checked the "proof of delivery" photo, the delivery driver had captured a picture of the parcel mid-air as proof that the item was "delivered." 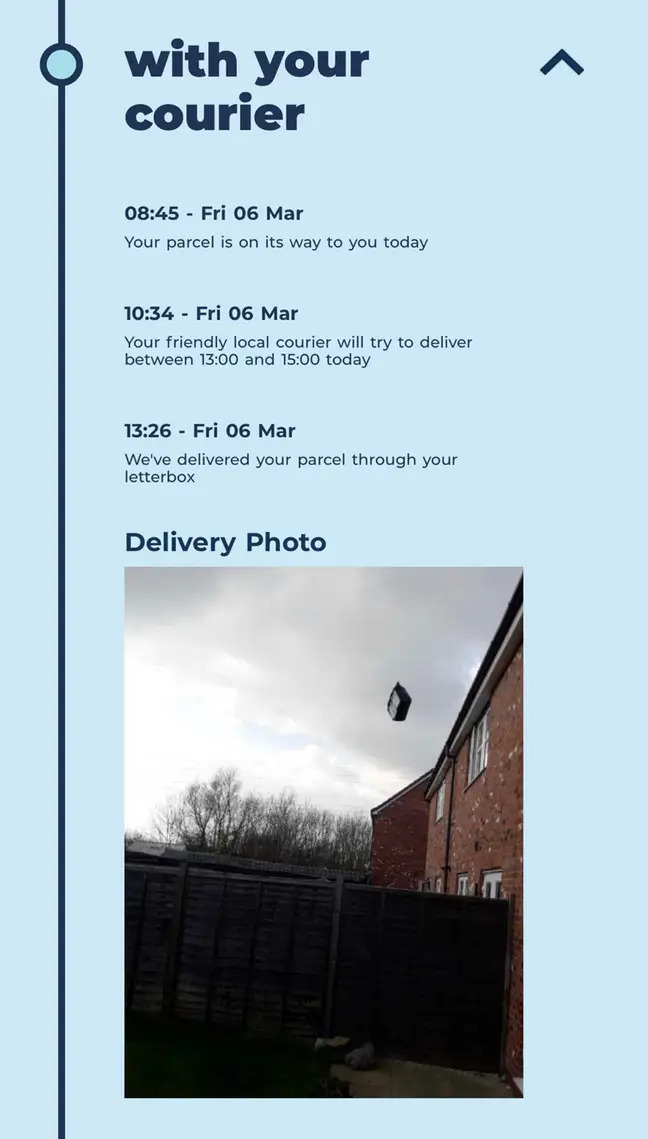 Phil recently re-shared his shock alongside the hilarious photo taken in 2020 on Twitter as a throwback.

He captioned the image:

"I fondly remember my Perfume Shop delivery being 'delivered' in this helpful shot."

"This is not fake, btw. Traveled over two fences to get to my rear garden."

"Kudos to the delivery driver for 1. A decent aim. 2. Getting a photo immediately after he threw it."

"This wins for the best delivery photo I have ever seen."

"That's actually Awesome! Even if it had broken, they'd deserve some props for technical skill levels!"

While a third remarked:

"That's a pretty epic throw! The kudos is well deserved!" 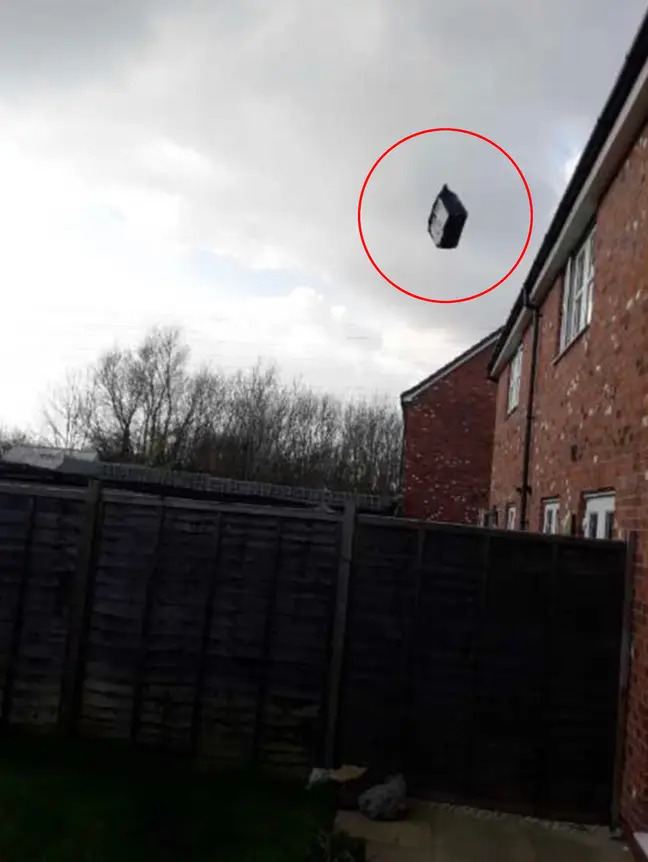 Speaking to NeedToKnow, Phil revealed that he initially thought the photo was of a bird.

"Initially, when I got the email from Hermes, I looked at the picture attached to the email and thought it was a bird."

"I couldn't work out what it was until I closely inspected the picture (with my new glasses on) and saw it might be my parcel."

"I told the lads in the office, and they laughed at it, thinking the same as me – it must be a joke.

But when he got home, he decided to check his fenced mid-terrace garden and found the package.

"When I got home and looked into my fenced mid terrace garden, hey presto, the parcel was lying in the back garden! I took some pics and put them on Facebook and Twitter."

"Initially, I was a little miffed and approached the Perfume Shop to report it and see if they'd give me any freebies!"

"They weren't particularly interested, but to be fair, the contents of the parcel were intact." 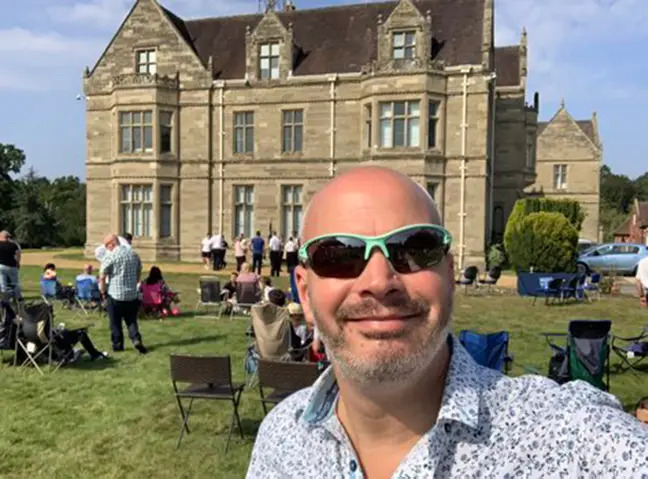 With the contents of his parcel intact, Phil started to see the funny side of things.

"I quickly saw the funny side of it and realized that the delivery driver must have had some pretty good throwing skills to throw the parcel over my neighbor's fenced garden, which is at least a good 20-30 feet, to get it into mine!"

"Plus, take a photo of it as it soared past the International Space Station en route to my garden!"