Here's the thing. We all love ourselves a good muffin - they go perfectly with your morning coffee. They make a great snack and generally sometimes all you need is a good baked fix to keep you afloat. But, we also know we shouldn't always go with this craving. Pretty much every fatty-gluten treat will cause your skin to break out, your stomach to bloat, and in rare cases will even lead to inflammation. However, some foods significantly reduce the above symptoms and especially decrease the risk of inflammation. Using some of these as ingredients to make muffins very logically results in both mouthwatering and healthy baked goodies. 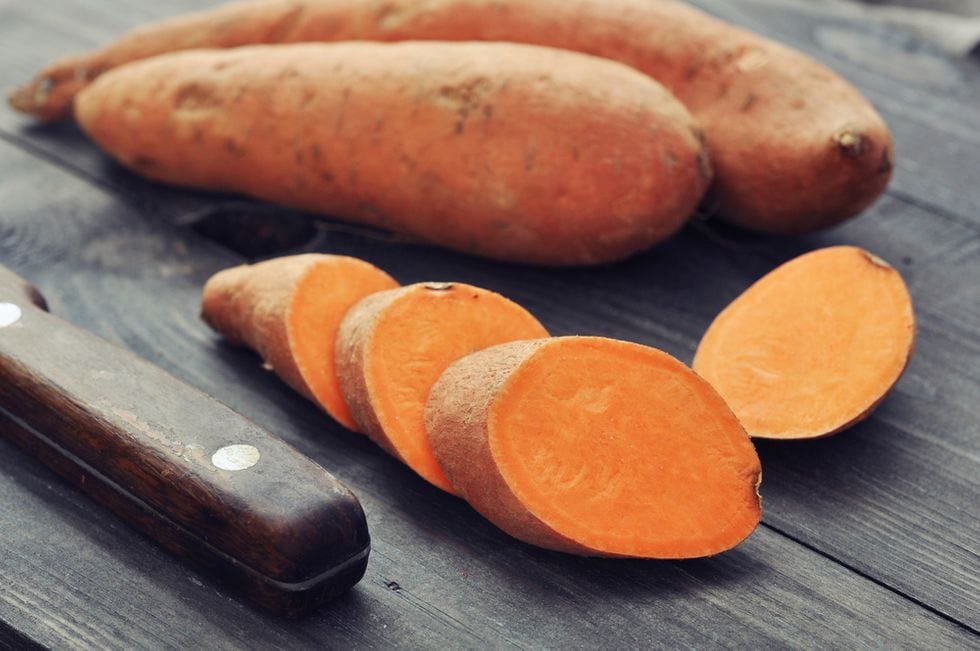 The basics of anti-inflammatory diet

First, let's focus on the way anti-inflammatory foods act to cause their magic effect. The good news is that by following the anti-inflammatory guidelines you will generally adopt a healthier lifestyle and address several other aspects of your well-being, including psychological health, skincare, digestion, and others. According to Harvard Health, the foods to focus on are the ones that are rich in natural antioxidants and polyphenols, for example - green apples, blueberries, and leafy greens.

A good example of a near anti-inflammatory diet is a Mediterranean diet that consists of various fruits and vegetables as well as fatty fish, nuts, whole grains, and olive oil. The things to avoid on an anti-inflammatory diet are fried foods, refined carbs (such as white bread), processed meat, processed fat, and sugary drinks. As you can see, there are several ways you will benefit from practicing this diet, besides the anti-inflammatory effect, but let's get back to our muffins. 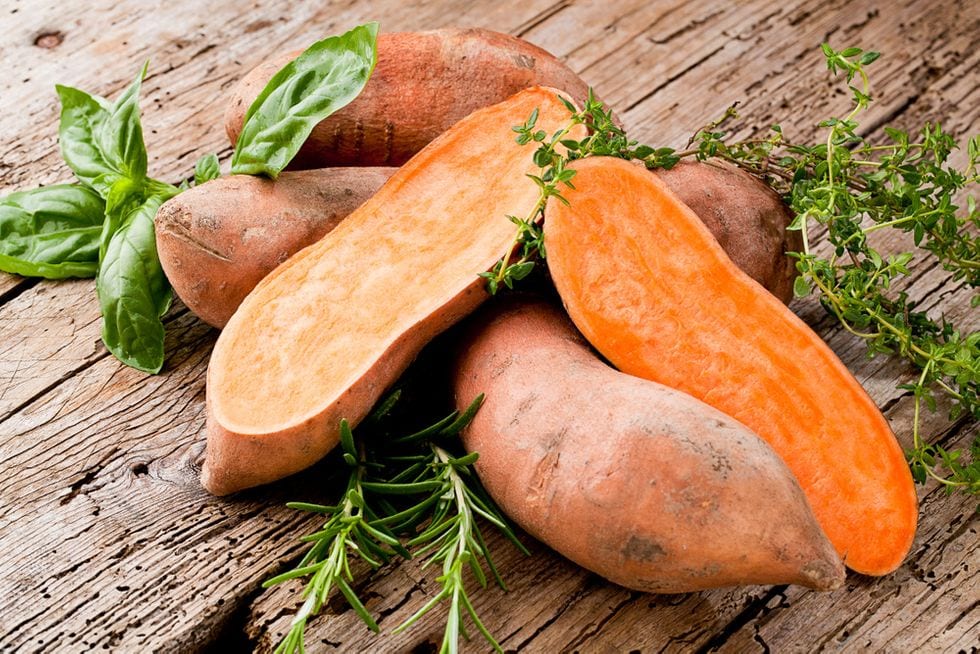 The foundation of the sweetness, the texture, and the anti-inflammatory effect of these muffins is the secret ingredient - sweet potato. Sweet potatoes are basically super-foods, as they are high in vitamins A, B5, and B6 as well as include vital nutrients such as thiamine and niacin. They are also fat-free and have low sodium levels compared with the common white potato. Plus, the sweet potatoes are high in natural sugar, which makes them ideal for dessert making purposes.

Another helpful tip to increase the anti-inflammatory values of the muffins is to substitute wheat flour with brown rice flour combined with coconut flour. Coconut flour is known to regulate cholesterol levels, plus it adds an extra special flavor to the end product. Coconut milk is used in the muffins not to only make them vegan, but also to increase metabolism and stimulate a healthy weight loss rate.

To complete the already ideal combination, there are ginger and turmeric, both of which are known for reducing the risk of viruses as well as cancer and, of course, for their anti-inflammatory qualities. 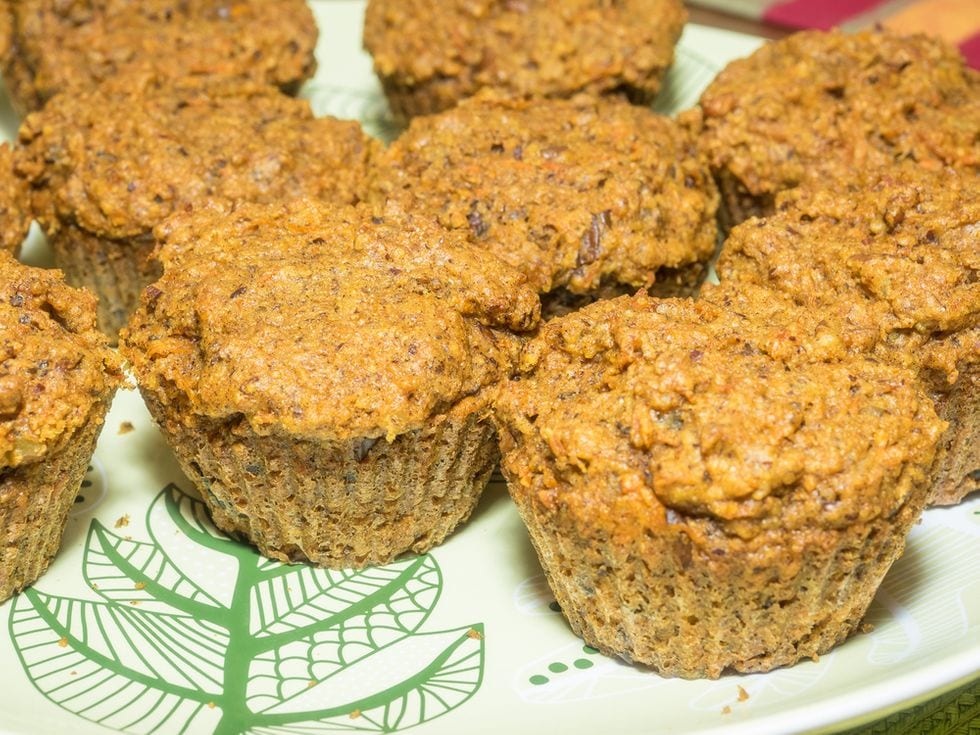 Without further ado, let's get down to the full ingredient list and cooking instructions for our plant-based muffins. To achieve the best results, we highly recommend using organic ingredients. To bake 12 regular or 24 mini muffins you will need:

½ cup pure maple syrup (can be substituted with unpasteurized honey)

1. First things first, cook your potato. Preheat the oven to 400 F (204 C), poke several holes in the potato using a large toothpick or a wooden skewer, place it in the baking dish or tray and then bake for approximately one hour.

2. Once the baked potato cools down, cut it in half and scoop the mushy insides with a spoon into a large bowl.

3. Then add to the potato your wet ingredients: soaked flaxseed, olive oil, coconut milk, and syrup or honey.

4. Combine all the dry ingredients and spices in a separate bowl and add them to the wet mixture. Mix until combined.

5. Grease muffin tray with coconut oil or line it with cupcake liners and evenly divide the dough between the cups.

6. Bake for approximately 30 minutes, depending on your oven. Perform the toothpick test to check the readiness.

7. Enjoy the delicious plant-based muffins that won't cause any bloating or inflammation!