Darlie Routier called the police to say that an intruder had attacked her sons, Devon and Damon, aged 5 and 6, respectively. She also claimed to have been stabbed by the attacker:

"Somebody came in, they broke in and just stabbed me and my children!"

The 26-year-old mother of three made the 911 call on June 6, 1996. Although the two boys did not survive the attack, her infant son, Drake, and her husband Damon were completely unharmed while sleeping upstairs in their Texas home.

Just as she had said, Devon and Damon had been attacked. Devon was dead by the time the authorities got to her home. Damon succumbed to his injuries as an ambulance took him to the hospital.

Darlie had some bruises and cuts to her throat and right arm. She spent a short time in the hospital before being discharged two days later.

Darlie Routier was born on January 4, 1970, in Rowlett, Texas. The prosecution managed to convince the court that she killed her sons and unsuccessfully staged the crime scene to make it seem like someone else had committed the horrible crime.

The Problem With Darlie Routier's Story

Darlie told the police that she was asleep as the boys watched the TV. She woke up and found a man in the house.

She picked a knife, chased after him, and only later realized that she and her kids had been stabbed.

The police discovered a cut in the window screen in the garage, which they assumed was the space the intruder used to get into the home.

According to Darlie Routier, the attacker was a white male, around six feet tall.

Her story did not back up the evidence the police collected from the crime scene, and they started to grow increasingly suspicious of her.

To begin with, the boys had been stabbed using a knife that had been taken from her kitchen. For this reason, the police could not confirm that an intruder had ever entered the house.

The evidence also failed to confirm if a robbery had taken place since many valuable items lying around had not been touched. Darlie Routier had argued that the motive for the invasion was a robbery.

Additional conclusions from blood spatter analysis were also inconsistent with what Routier had said. The drops of blood they found appeared to be from someone standing still and not running as she had said.

She had tried to explain that she chased after the attacker when he injured her.

Also, the blood on her back shoulder suggested she had stabbed herself. Furthermore, the puncture wounds on her shirt were not a match for the injuries on her body, which indicated her shirt was stabbed intentionally as a way to fabricate evidence to back up her story.

The forensic investigators also felt that she had stood at the sink while cutting her throat because they found a lot of blood around the kitchen sink. Many criminals have been known to do the same while inflicting intentional injuries on themselves to cover up their involvement in crimes.

It did not make sense for the intruder to put the knife he had used to cut the window in the kitchen. This also suggested the intruder would have had to gain entry into the home before cutting the window, which made no sense.

The window looked relatively intact, indicating that nobody had tried to get through it from the outside.

Investigators Noticed Darlie's Lack Of Concern For Her Dead Sons 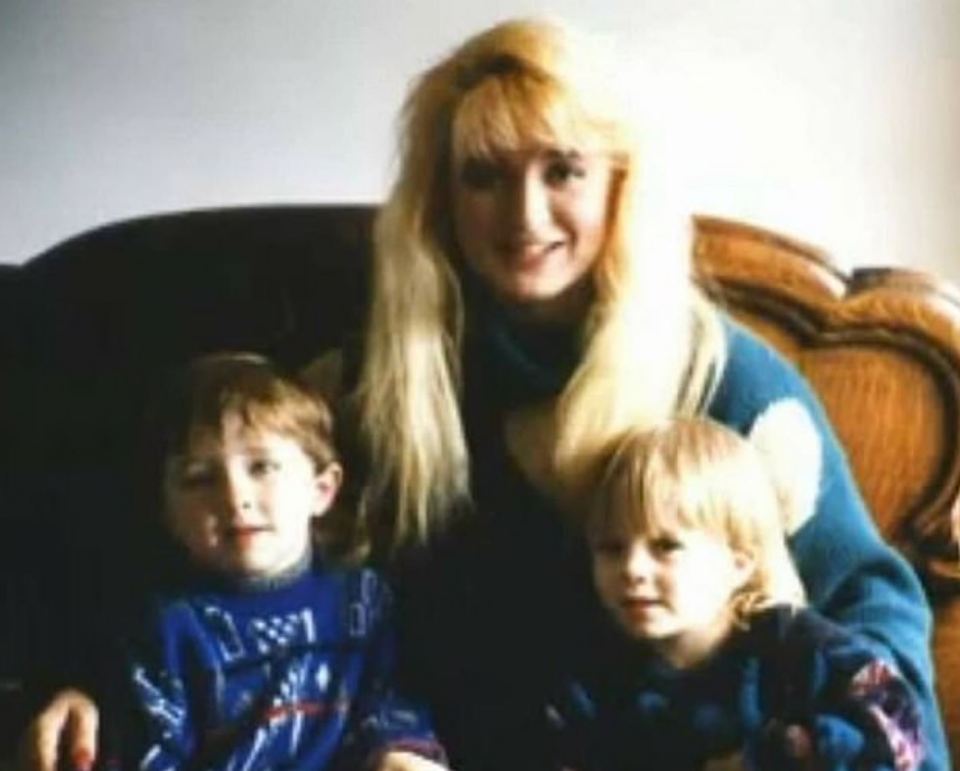 The fact that her youngest son Drake was with her husband the entire time also convinced the police she was the main suspect in the murder.

Her 911 call was slightly unusual, even though she was audibly screaming as she made it. She was unusually alert and yet would not follow instructions about putting pressure on Damon's wound.

She also told the dispatcher she had touched the knife used to murder the boys and raised concerns about leaving her prints on it. The investigators found it strange that she could worry about her fingerprints on the murder weapon and yet could not help out the wounded kids.

Darlie Routier showed even less concern for her sons as paramedics took Damon away. She did not bother to ask where they were taking him or seem interested in accompanying him.

This was incredibly strange for a mother who had just lost a son and was about to lose another.

Darlie Routier Was Charged In The Death Of Her Sons 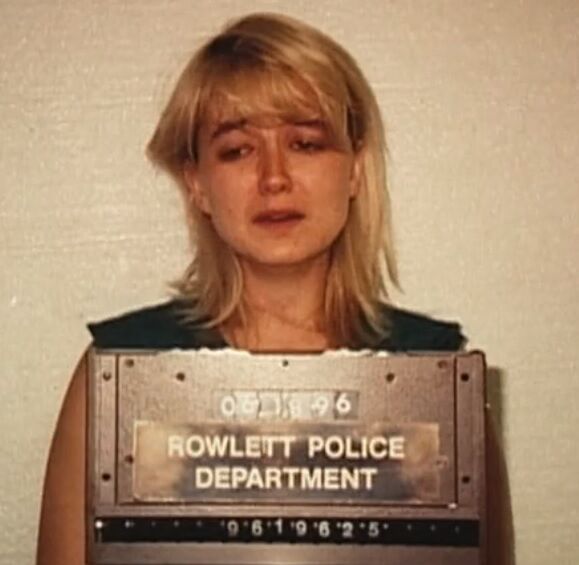 Although the prosecution had a lot of evidence that Darlie Routier had killed her sons, the defense disputed these claims. They argued that the woman did not have time to stage a crime scene.

She unintentionally provided additional evidence that proved damning during her case. She decided to celebrate Devon's seventh birthday at his grave eight days after his death in the presence of the media.

Darlie Routier and her friends sang, laughed, and sprayed Silly String over her sons' graves. This proved beyond any doubt that she was not grieving her sons.

She was especially upbeat in the video, which finally led to her arrest. Darlie Routier was charged with premeditated murder.

The video had a massive impact on her sentence, as it showed how remorseless, materialistic, and shallow she was. The prosecution was able to argue that she was trying to get rid of her sons to relieve herself of the responsibility of taking care of them. 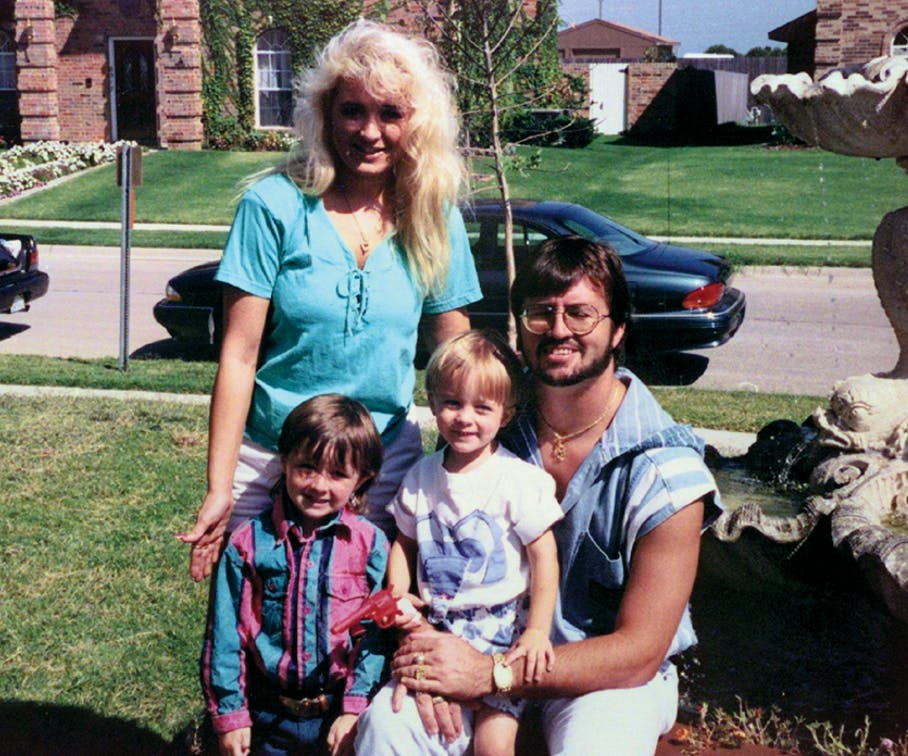 Her lawyers tried to argue that she had no motive. Those in her support also claimed that the controversial video had been edited to make it look like she had no feelings for her sons.

Darlie Routier defended herself by saying that she was doing what her son would have wanted on his birthday even though he wasn't there anymore.

The fact that her husband had been turned down after applying for a $5,000 loan not long before the murders also made it seem like she would have contemplated killing her kids. She had likewise made a diary entry in which she said she was thinking of committing suicide.

The couple even owed back taxes to the IRS. It showed that the couple had financial difficulties that would make Darlie see the kids as a huge burden.

Darlie had conflicting accounts of what happened. For instance, in one of the accounts, she fought the intruder, while in another, she did not remember such a thing ever happening.

She also gave an account in which the sound of breaking glass woke her up. In another version, her son Damon woke her by pushing her on the shoulder.

Her supporters think Darlie suffered from traumatic amnesia rather than trying to cover up her involvement as the authorities insisted.

Darlie Routier Was Put Behind Bars 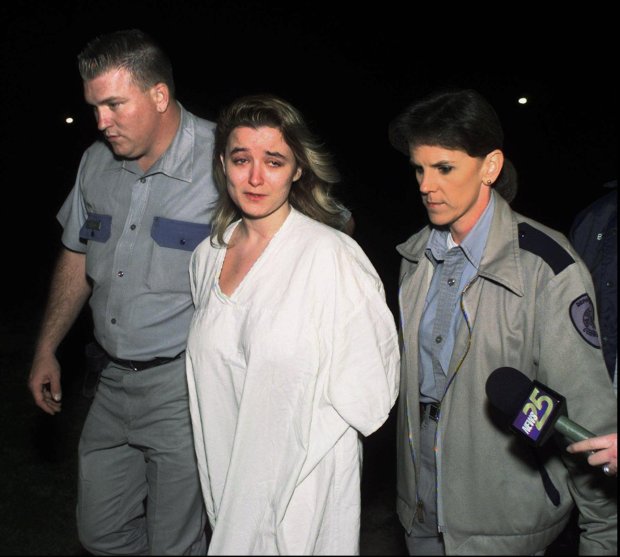 At the end of the trial, Darlie Routier was found guilty of the first-degree murder of Damon. She was sentenced to death.

In 2001, she appealed her conviction after being put in prison in 1997. Unfortunately for her, the initial ruling was upheld in 2003.

After that, her lawyers requested that DNA be used to determine her involvement in the murders. This has yet to happen.

After analysis, it was determined that a "foreign eligible profile" was present. Further mitochondrial DNA testing will be conducted to determine if Darlie was really behind the murder of her sons or not.

The results of the DNA test are pending as of 2022.

A bloody sock found behind the alleyway also made some people think her story was true as it had blood from both Devon and Damon.

Darlie Routier's Case In The Media

A TV series known as The Last Defense was released in 2018 that shared details about the case that the public did not initially know about.

To this day, Darlie Routier has been in Mountain View Unit prison in Texas as she awaits execution. She continues to maintain her innocence:

"I did not kill my children. That's ridiculous. All of a sudden I woke up, stabbed my kids, tried to slit my head off? Come on."

For that reason, her case remains highly controversial over two decades later. Her execution date has never been set, and she is one of six women on death row in the state.

Her husband has also always maintained that his wife is innocent. Darlie Routier's case has been featured in several books like Precious Angels in 1999 and shows like Dead Again in 2014.