First comes the honeymoon, then a plot to murder your spouse. Mike and Dalia Dippolito were married for approximately six months when the blushing bride decided it was time to become a black widow. On August 5th, 2009, that nearly became a reality.

Luckily for Mike, instead of hiring an actual professional killer, his now ex-wife Dalia Dippolito got into the middle of a sting operation. The couple, obsessed with becoming reality TV stars, eventually got their share of fame, or rather infamy. They appeared on Cops, Floria police department's show about real-life crimes and every life of police workers.

From crying crocodile tears to blaming her ex for basically making her hire a hitman, Dalia Dippolito is truly a unique figure among greed-stricken wannabe murderers. 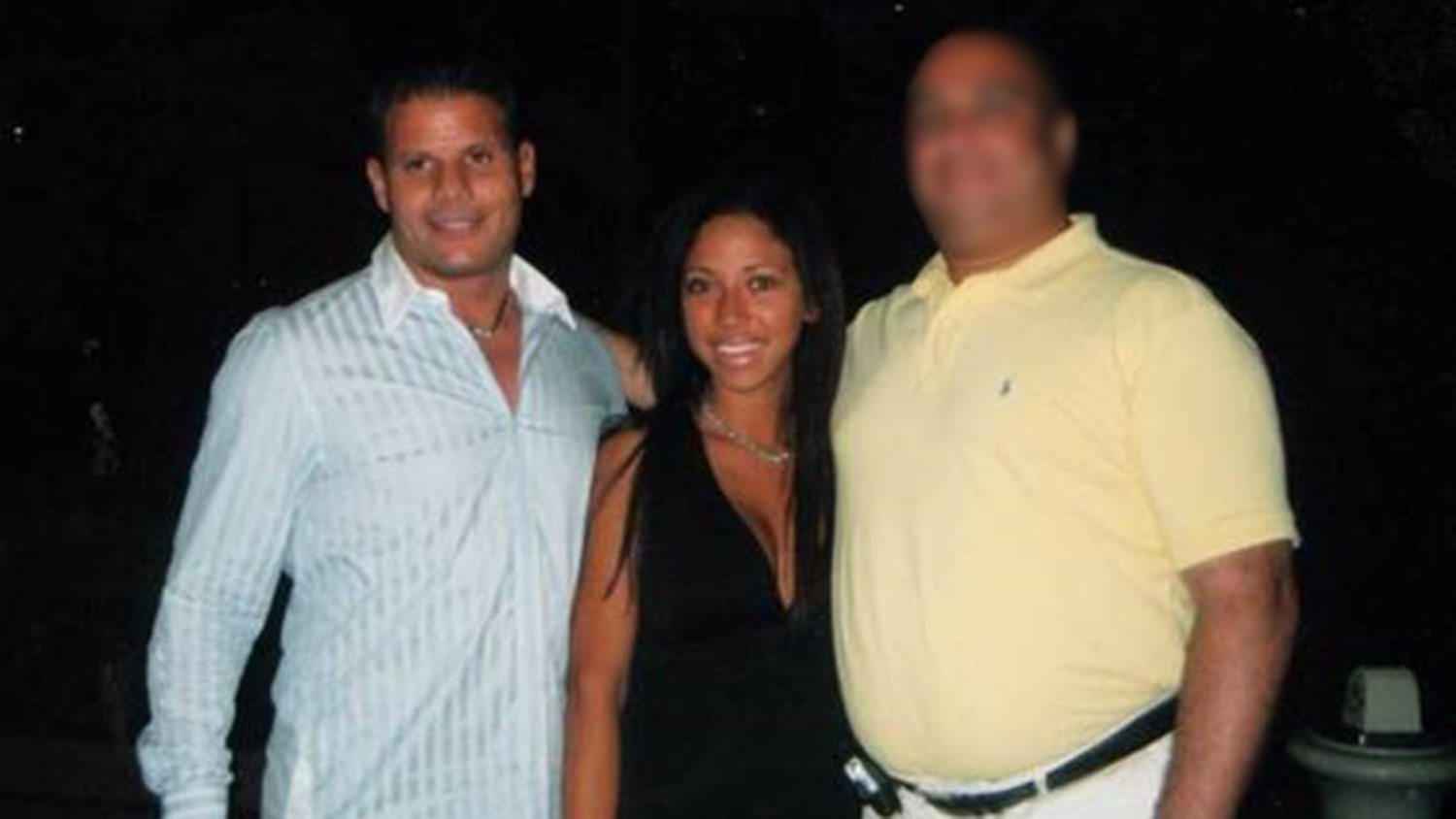 Dalia Dippolito, then Mohammed, was 26 when she met her future husband, Michael, 38. According to Mike, she was an escort, and they hit it off from the moment he hired her on October 4th, 2008. He proposed two weeks after their first night together.

Mike was married at the time, but after a quick divorce, he made Dalia Dippolito his wife just five days later. While the former spouses have nothing but insults these days, they both agree that their marriage was a bad idea.

The newlyweds, according to Dalia Dippolito, would spend hours and hours snuggling. Mike says they did a lot more. Needless to say, they jumped into the marriage, and just a month later, things started to get strange twists.

Michael was no innocent flower, as he spent time in jail and will be on probation for many years to come. He was convicted of a fraud operation in 2001 and had spent seven months in prison. But, Mike swears that he ditched his bad habits and was trying to becoming an upstanding citizen.

He bought an apartment on Boynton Beach, where he would spend time with his new bride, cuddling and watching Real Housewives and Cheaters. 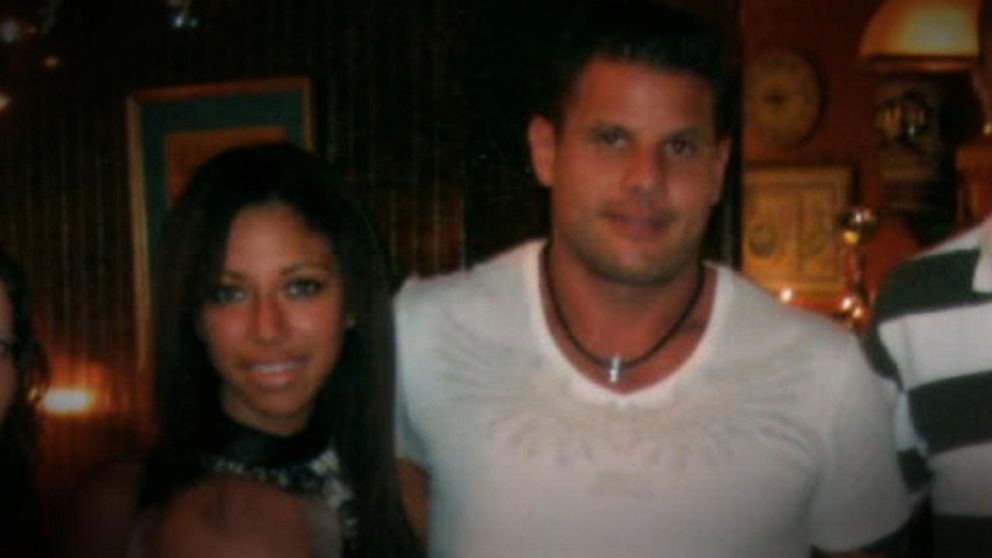 Soon after marrying Michael Dippolito, Dalia got in touch with her ex, Mohammed Shihadeh.

She told the ex that Mike was abusive and that she wanted him dead. Mohammed Shihadeh was in shock, but he knew that he had to do the right thing. He reported Dalia Dippolito, and at first, the police didn't quite believe him.

The Boynton Beach police department made a plan to use Shihadeh as an undercover agent. Dalia Dippolito met him in his car while the hidden cameras were catching their conversation.

But even before expressing her desire to hire a hitman, Dalia was working on destroying her husband's life. He was on probation, and suddenly, the police were always after him, stating they received anonymous tips that he was dealing drugs.

Micheal Dippolito also claims he got sick after Dalia gave him coffee, which he believed was poisoned. He thinks that Dalia tried to spike his drink with antifreeze.

Shihadeh told Dalia that the killer wanted 1200 dollars in advance and 7000 overall for the murder of her husband. She agreed, and the police now had enough to send one of their own, Widy Jean, to work undercover as a hired hitman. 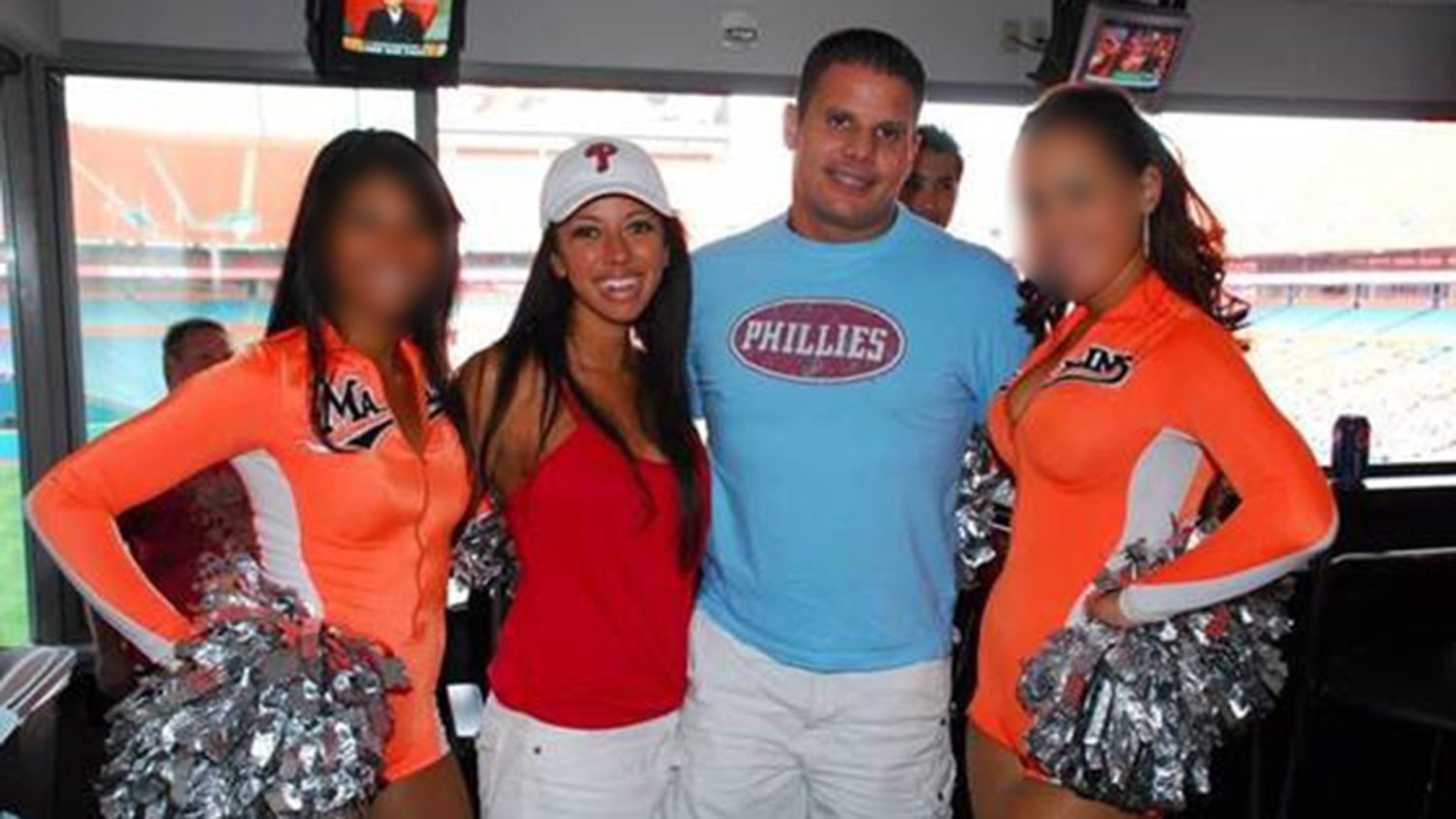 Soon, Dalia Dippolito met the hitman, and the two came up with a plan. It was simple: shoot Mike twice and make it look like a burglary.

The undercover policeman asked her whether she was sure about her decision when she infamously said: "5,000 percent sure."

Instead of arresting her, the police came up with a plan which she would later use as a part of her defense.

Dalia Dippolito also told the "hitman" that no one could ever suspect her because her husband had connections in organized crime.

It was all coming up nicely, and the undercover cop and soon-to-be widow set on a date and her alibi. It was almost a perfect crime, but luckily for Mike, everything was staged, and he would soon learn about his wife's plans.

Smile, You're On Candid Camera 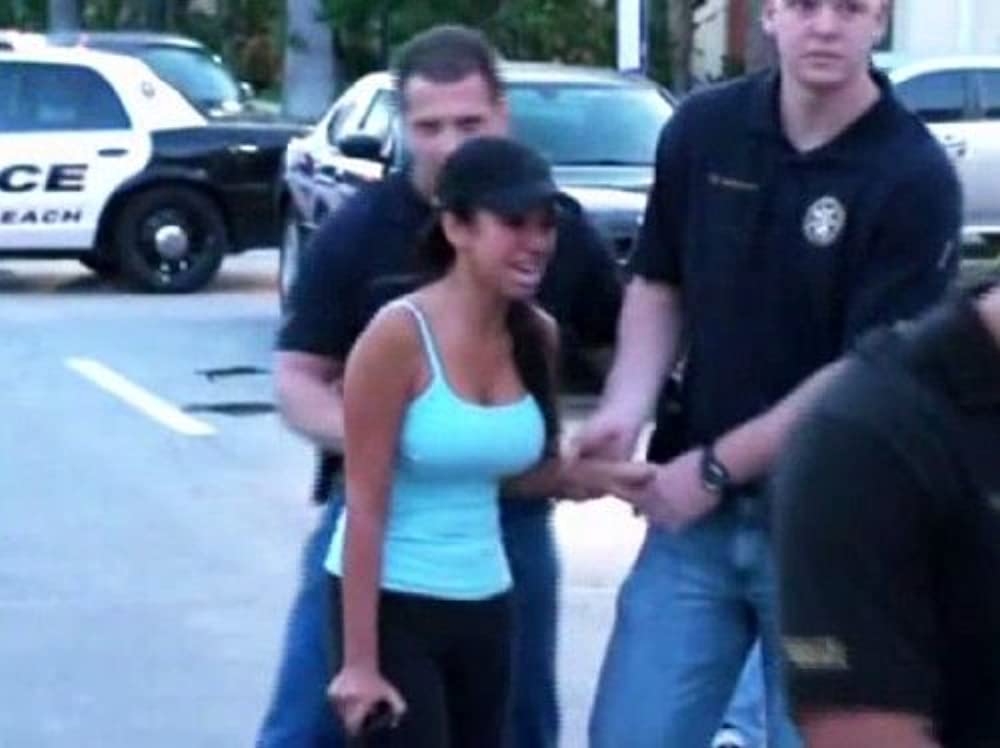 On August 5th, Dalia Dippolito received a call from a detective that she needed to come home right away. She was at the gym at the time, establishing her alibi.

When she showed up, Dalia was told that her husband had been shot and that he was dead. Dalia started crying, pretending she needed to see her loving hubby, doing everything to make herself look like a caring wife.

However, Mike was already with the police, and the saddest part is that once he learned his wife wanted him dead, he was not surprised.

Dalia Dippolito appeared distraught at the police station, and the police officers tried to play along for a while. However, she was soon placed under arrest, and she denied every involvement, demanding to speak with Mike.

She even called Mike from jail, telling him that it was a setup. Dalia Dippolito told her hubby that she saw the same tapes and defended herself by saying they were fake.

It was trial time, and the defense team actually did a fairly good job. It was supposed to be one of the easiest cases for the prosecution, but it led to three trials. 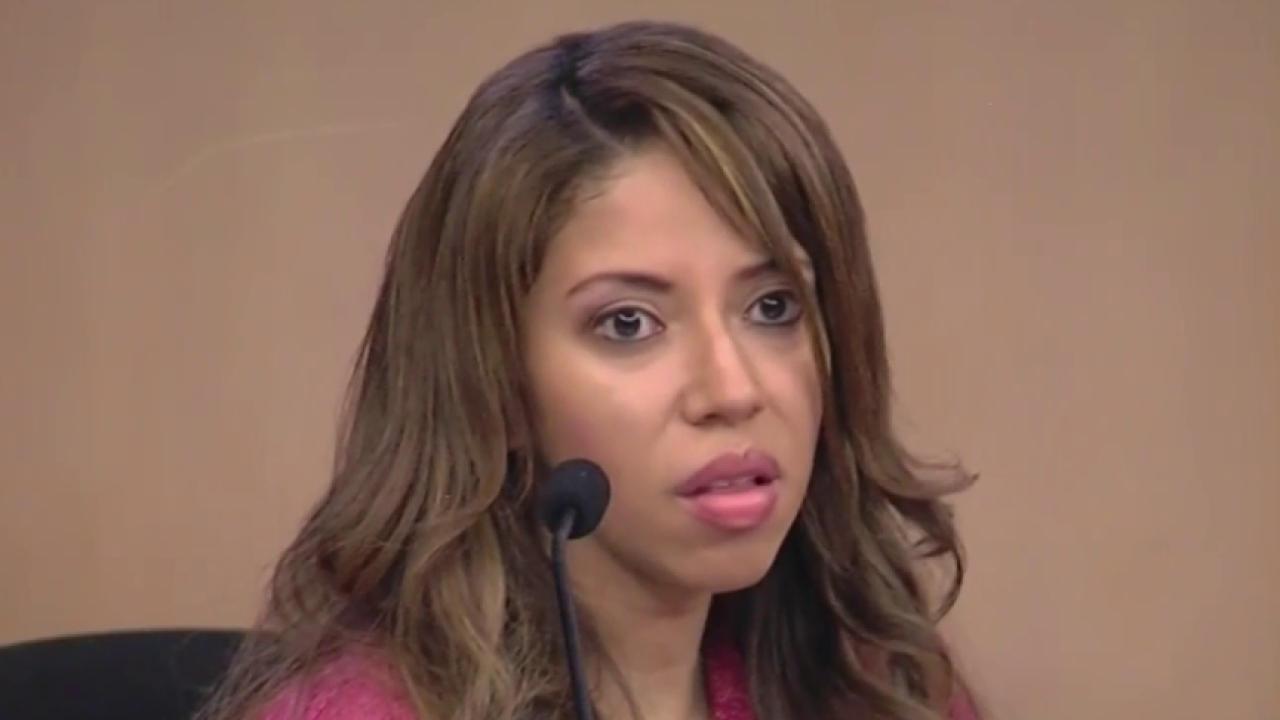 In the first trial in 2011, the prosecutors showed the recordings, claiming that Dalia Dippolito wanted her husband dead so she would take over all that he owned.

Her goal was to get rid of Mike and get together with her ex, Mike Stanley. There were many juicy messages between Dalia Dippolito and her ex Stanley, and it took over 40 minutes for the prosecutor to read most of them.

Mrs. Dippolito claimed Mike sent those. However, she was sentenced to 20 years in prison.

Dalia Dippolito was convicted of solicitation to commit first-degree murder in 2011. However, the Fourth District Court of Appeal reversed the conviction in 2014 since one of the jurors heard a rumor that she tried to poison her husband. 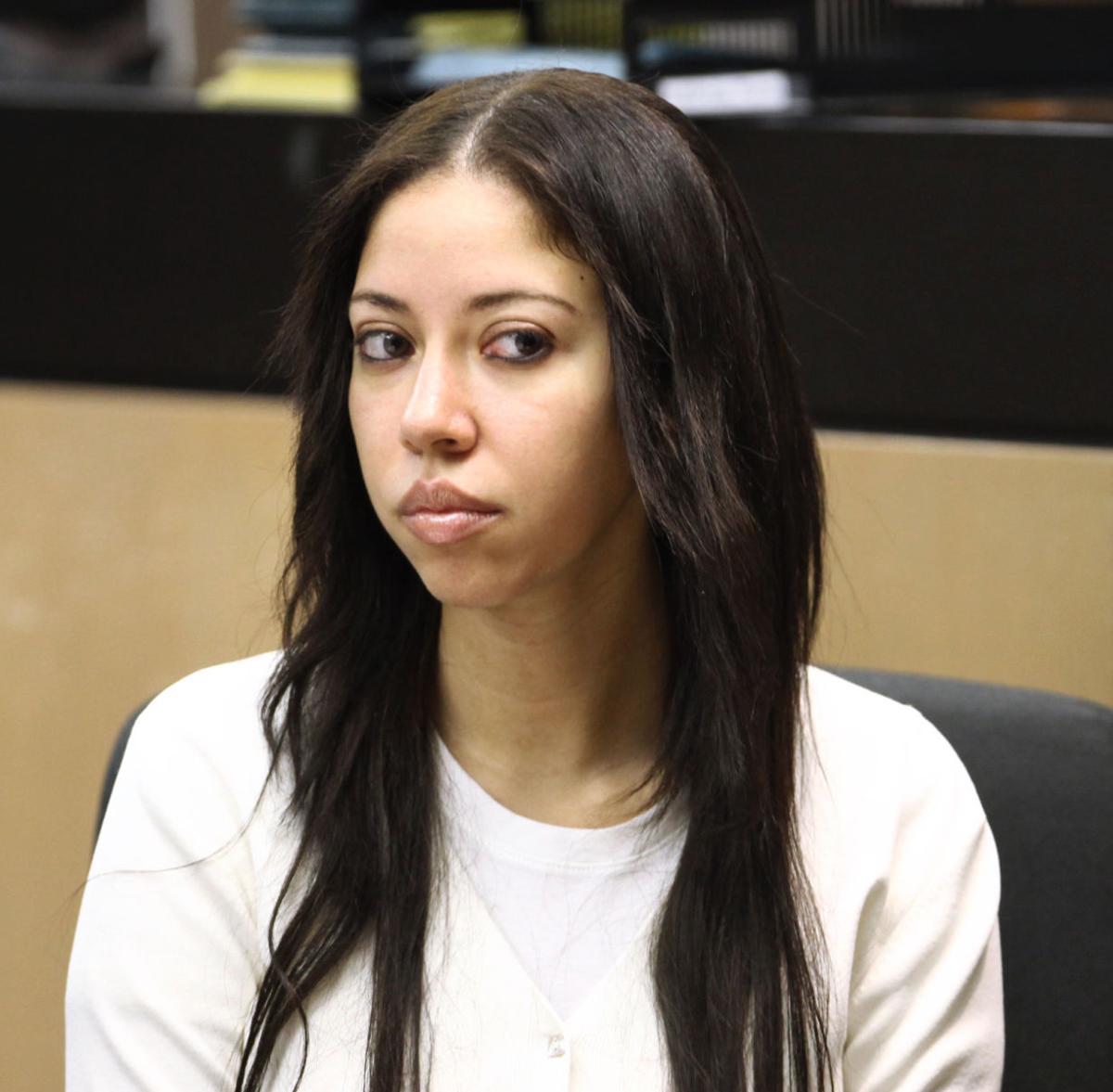 This time, she worked hard on sending a message that she was a loving wife, and all that happened was a fabrication. She claimed her husband was in on it, as the two were trying to score a deal for their reality TV show.

Dalia tried to clean up her image, crying in front of TV cameras and claiming she was depressed, even suicidal. She appeared on 20/20, but the evidence against her was overwhelming.

That brings us to trial number three.

In 2017, Dalia's attorneys presented the defense that it was just a performance to get famous on reality TV. Everyone was in on it, Dalia, Mike, and Mohammed, and they were trying to copy Burn Notice as a way to become famous.

Dalia's lawyers accused the Boynton Beach police department of pressuring Mohammed and blowing things out of proportion. In fact, Dalia Dippolito was the victim, and the police department used her to score good footage for their reality TV show, Cops.

Dalia Dippolito Gets A Verdict 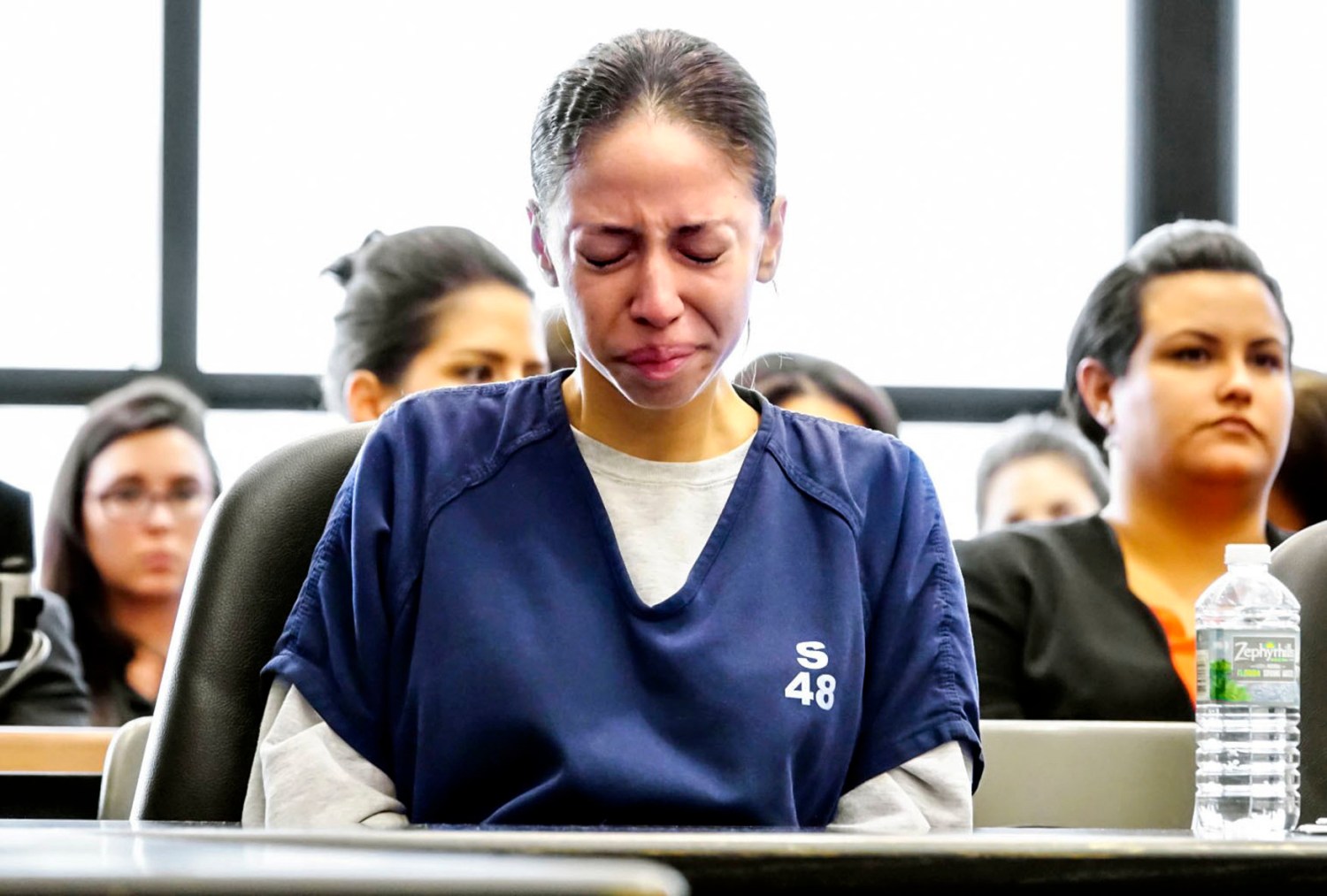 Dalia Dippolito was found guilty once again. Of course, her main goal now is to get the fourth trial, but we'll get to that.

Former Mrs. Dippolito is serving time at Lowell Correctional Facility in Marion County, Florida, where she will stay until August 24th, 2032.

Though this is a crime without an actual victim, it is chilling and what makes it even scarier is that Dalia Dippolito is actively working on getting the verdict thrown away.

Despite telling Mohammed that Mike was abusive, that was never mentioned again. As some psychologists suggested, Dalia Dippolito knows how to manipulate men to get what she wants.

Both Mike and Dalia have moved on from their short-lived yet disturbing marriage. Dalia Dippolito was dating Robert William Davis and gave birth to their son in 2016.

It remains unclear how the two met, but Davis also has an impressive criminal record that includes grand theft, aggravated battery, and robbery,

Not much is known about Dalia's son, but her lawyer stated that she keeps in touch regularly.

Micheal Dippolito is living with a woman named Gloria, and the two are engaged. This time, Mike is taking his time.