A curvaceous mom has shared pics of her hilariously unsuccessful attempt to transform a bra into a makeshift face mask.

Gemma Harman, 40, spotted a new trend showing how women could make face masks out of their bras amid the coronavirus pandemic. 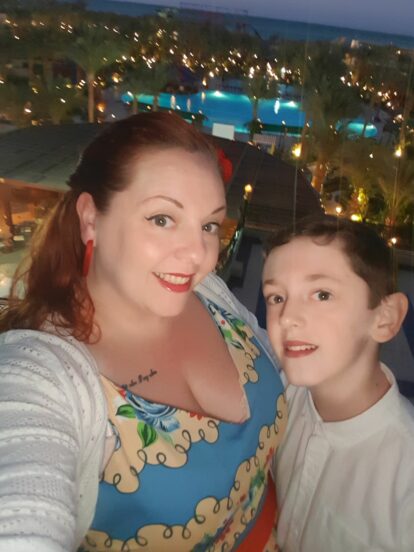 This nifty idea works by fastening one cup over the nose and mouth and securing it in position with the bra straps. 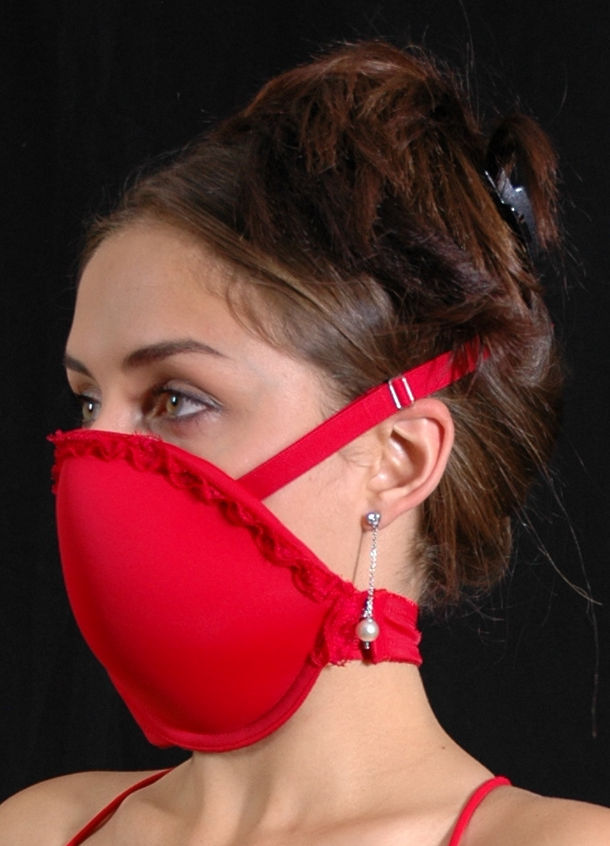 'Neither young nor slender' like the women she could see modeling the masks, Gemma decided to demonstrate how this might work for a more bodacious bod.

And she used her own 42 FF bra for her DIY facemask. 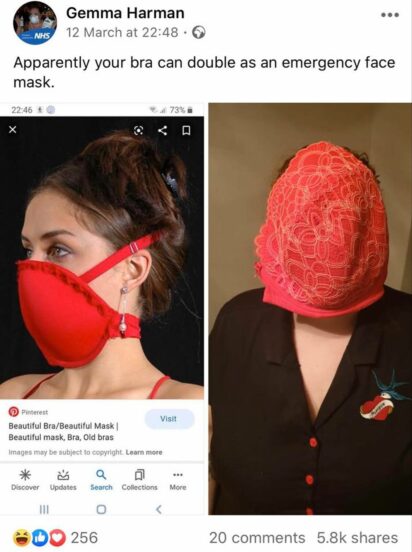 After attempting to position one cup over her face, she realized she wouldn't get anywhere near the same sort of results as smaller-busted ladies.

While the bra-masks she had seen online merely covered the nose and mouth areas, Gemma's bra cup swallowed her entire face. 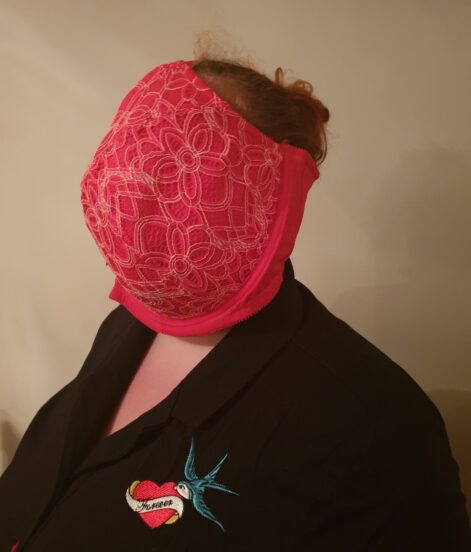 Overcome by hysterical laughter and blinded by red lace, the mom of one asked husband Steve Harman to take some pics of her, which she then uploaded on Facebook.

"I saw that people were wearing their bras as face masks. They were all very slender young women, and their masks fit beautifully – nice and tidy over their noses and mouths."

"I don't think most women would be able to make their bra fit them so well as a face mask. I wondered what would happen if I tried."

"I am not young nor slender, so I knew there was no way I was going to be able to do it. The cup covered my entire face." 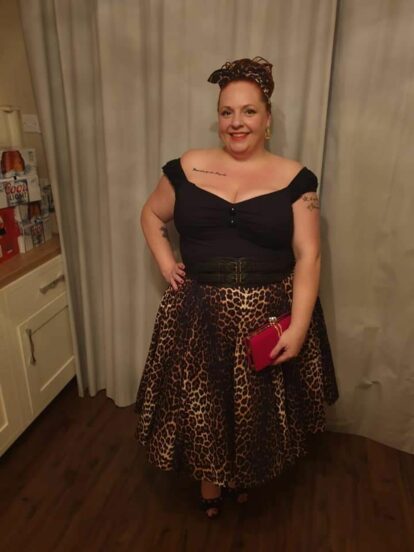 "I would be really well protected because there's no way anything would be getting through it. However, I might end up with a couple of bruises from bumping into things. I couldn't see a thing."

"Now we are on lockdown. I won't be getting to try it out on the street. Because I couldn't see, I had to get my husband to take photos of me. He couldn't believe he was taking photos of me with a bra over my head."

"When I posted them on Facebook, he had this look on his face as if to say, 'Here she goes again.' Steve is very sensible, but I never take life too seriously, and I'm always taking the mick out of myself."

Gemma's post has since gone viral, gaining over 6,000 shares at the time of writing.

"At first, I posted just for my friends, and everyone was commenting on how hilarious it was and asking if they could share it, so I made it public, and it went crazy."

"I'm quite glad the bra covered my head because I had no makeup on and my hair was in a mum bun. I'm quite made up that my no-makeup mum bun face didn't go viral."

Cheers to Gemma for raising a smile and giggle at this trying time.