She grew up in an orphanage without any hope of getting adopted. Her vitiligo, which causes white spots on the skin, gave her the nickname "devil's child." However, the girl that nobody believed in is now a famous ballerina and a soloist at the Boston Ballet. This is her story.

She was put through immense suffering and abuse from a young age, and there was no reason for the little girl to want to live. However, her life as an orphan started to change when she found an issue in Dance Magazine one day.

"I loved what I saw inside, but the cover, the ballerina just looked so beautiful and so elegant and so happy," she explained. "So it created the path I'm on now. I actually still have a copy of the magazine in my house, tucked away in a safe place, just to remind me where I came from."

The Child Nobody Wanted

Her story began when she was born into a world of civil war and misery. The place was Sierra Leone, and the date was January 6, 1995. Her birth name was Mabinty Bangura.

Her uncle left her at an orphanage after rebels had killed her father, and her mother had died from starvation. The orphanage ranked the children after desirability, and the little girl got the lowest rank which led to a life of hardship.

"I didn't get enough food, I didn't get the best clothes, I got the last choice of toys," she explained. "I was in the back, and they didn't really care if I died or whatever happened to me."

Her condition was the cause of the bad treatment since it was considered a sign of evil, that she was possessed by something wicked. The girl was told every day that she would never get chosen for adoption because nobody would want a devil's child.

However, she had a favorite teacher that usually walked her back from school to the orphanage.

One evening when the two of them were walking, as usual, three rebel soldiers stopped them just outside of the orphanage's gate.

"Two of them were drunk; the third one was a younger boy," she recalled. "My teacher was outside the gate, and I was still inside. The two older rebels came and saw that she was pregnant."

Many civilians suffered during Sierra Leone's civil war under the sadistic treatment of the rebels. Particularly pregnant women were targeted as the soldiers would cut their stomachs open to take a look at the fetus.

"If they found a boy, they would let the woman go or kill the mother and save the child. But they found a baby girl when they cut my teacher's stomach open, so they cut her arms and legs off, " she told about the horrifying event.

The little girl got attacked when the younger rebel stabbed a machete into her stomach. She blacked out, but maybe thanks to the will of God, she came out of the situation alive.

Her Love For Ballet Changed Her Life 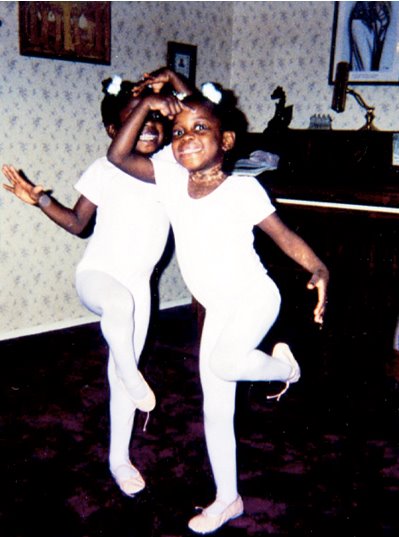 The young girl must have been traumatized, however, she did not give up on life. Shortly after the gruesome event, she found something that came to change her life forever.

It was an issue of Dance Magazine that someone had discarded, and the inspiring images lifted the little girl's spirit.

"There was a lady on it, she was on her tippy-toes, in this pink, beautiful tutu. I had never seen anything like this, a costume that stuck out with glitter on it, with just so much beauty. I could just see the beauty in that person and the hope and the love and just everything that I didn't have. And I just thought: 'Wow! This is what I want to be,'" DePrince told about her first experience with the magazine.

She wished she could one day become happy and beautiful like the woman in the picture. And that day came in 1999 when an American couple discovered her and decided to adopt her.

Charles and Elaine DePrince had lost three children and immediately fell in love with the little girl. They gave her the name Michaela DePrince and soon learned about her obsession with ballet.

When they let her watch a Nutcracker video, she wanted to watch it 150 times, and when they took her to the live ballet, she could tell when the dancers missed a step.

Elaine decided to enroll her 5-year-old adoptive daughter into the Rock School of Dance in Philadelphia to give her a chance to live her passion. However, the girl acted shy and self-conscious because of her skin condition.

Michaela also struggled at home with adapting to the new circumstances and a life filled with love instead of rejection and loss. She needed to keep her light on while sleeping because she was terrified that she would wake up in the orphanage again if she turned it off.

Over time Michaela's confidence grew, and she realized that she truly belonged with her new family and that her dream of becoming a ballerina was worth striving for.

Her teacher told her the pale spots on her skin were nearly noticeable. However, others were not as accepting of her skin color.

At the age of 10, Michaela was told by a teacher that she did not want to invest time in a black dancer because "they just get fat and get big boobs and big thighs."

A True Inspiration For Others

The teacher's hurtful and ignorant words only caused Michaela to get more determined.

Michaela continued dancing, and she became a famous ballerina, a soloist at the Boston Ballet, a dancer in Beyoncé's and Madonna's music videos, and an actor in the film adaptation of the ballet Coppelia.

Now she is encouraging millions of disadvantaged young people around the world to dare to hope and follow their dreams. She is also an ambassador for War Child Holland, which helps kids affected by conflicts and wars.

"Even though you might have had a terrible past and even though you might have been through a lot and might be still going through a lot, if you have something that you love and that makes you happy, and that gives you that feeling inside to continue growing up and that makes you want to have a good future then you should focus on that and not focus on the negative," she advises.