Colleagues were upset when they saw the judge smoke in bed dressed in her underwear during a hearing held on Zoom. The judge has now been suspended.

Colombia's National Commission of Judicial Ethics found out about what had happened after one of the solicitors reported the incident.

The 33-second long video clip showed judge Vivian Polania lying on her bed dressed in a top and panties while holding a cigarette.

The Zoom hearing was held concerning whether a man related to a car bomb terror attack should be granted bail.

Polania has received warnings about photos posted to her personal Instagram where she was seen in scanty outfits on earlier occasions.

The judge responded to the complaints that she was expressing herself as a "braless and open-minded" individual.

"Not all judges, lawyers, and other state employees are the same. What I wear and show on my social media is my decision and I'm not going to change a thing," she stated. 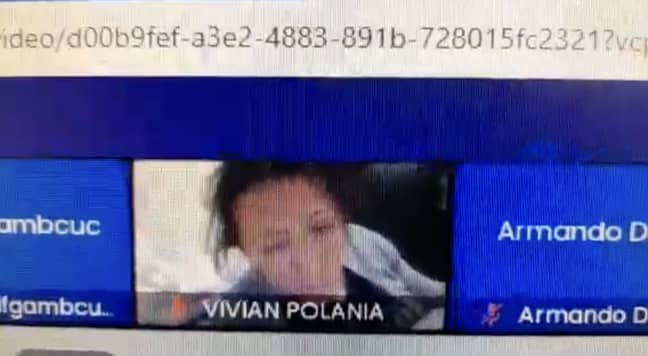 For her inappropriate appearance at the Zoom hearing, Colombia's National Commission of Judicial Ethics has decided to suspend her until February 2023. In the written ruling it is stated that she had "all the amenities necessary" to make sure she was presentable.

"It is a duty of this commission to avoid repeating the judge's contempt for the investiture of her position and the contempt she showed with her peers in the public prosecutor's office, the prosecution, and the defense," the ruling said.

"We find no justification for the judge to have presented herself in such deplorable conditions when she had the facilities of her own home and all the amenities necessary to prepare for a public hearing appropriately and with the respect such a hearing deserved." 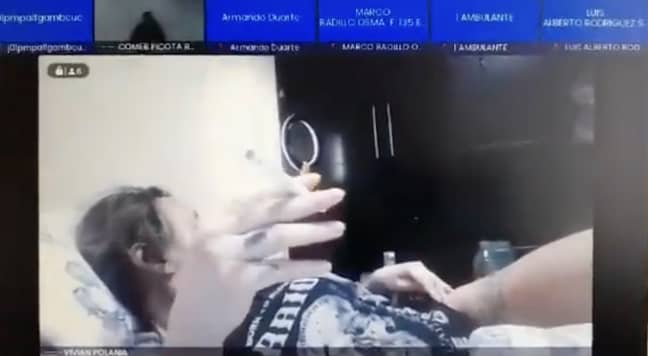 Polania spoke to a local radio station about the incident, claiming that it was taken out of its context and misleading. The reason why she was lying down was due to an anxiety attack.

"You never know when you're going to have an anxiety attack. I always wear my gown," she said, adding that she had problems with low blood pressure.

She opened up about being bullied by her fellow magistrates as they did not approve of the way she presented herself. Allegedly, they told her that they would report her if she did not change.