Terry Kelly, 36, was suspected of kidnapping a 4-year-old girl, Cleo Smith. He was accused of committing a crime in Western Australia.

Hours after his arrest, he received a severe beating from a fellow inmate. The injuries were so bad that the man had to be shipped from the police station in an ambulance to have his injuries treated.

Cleo Went Missing While Out Camping With Her Family 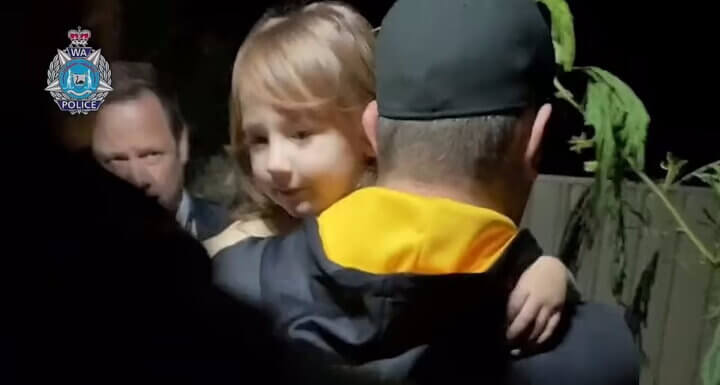 In mid-October, Cleo was camping with her family. However, when her mother got up in the morning of October 16th, she found the family tent unzipped.

The authorities were immediately informed of the incident and a search began.

Kelly became a likely suspect when he was caught buying diapers, although he had no kids.

With the relentless search for Cleo, the police were able to find the young girl 18 days later in a locked home. She was locked up in a place that was around 10 miles from her home.

More importantly, she was alive and seemed utterly unharmed.

Kelly Was Obsessed With Dolls

It was eventually discovered that Kelly has an obsession with Bratz dolls. In fact, he has several social media accounts dedicated to them.

In many of the photos he posted, he was in a room full of these dolls.

At the moment, police are looking into how the man's love for dolls was connected to his decision to kidnap Cleo Smith.

The Mother Of The Attacker Spoke Out

According to the inmate's mother who attacked Kelly, her son realized he was in the same cell as Cleo's kidnapper.

After making the realization, the man attacked Kelly viciously. The inmate had to be taken out of the cell in shackles as Kelly was being rushed to the hospital to get treatment because he had been hurt "in a bad way."

The Police Are Yet To Confirm The Story

According to reports, Kelly was seen as he was being taken from the police station to be transported to the hospital. However, authorities did not admit to the story, although they didn't deny it either.

Rod Wilde, Detective Superintendent, tried to explain that the man had harmed himself.

Wilde also gave an assurance that if it was indeed true, Kelly had been attacked. Then the issue would be handled after the surveillance footage had been reviewed:

"Obviously in modern police stations, there's CCTV in all the cells and everything else."

Once he had received treatment for his injuries in the hospital, Kelly was taken back to the police station. The police continued to question him in relation to the charges leveled against him.