We all grew up with the fairytale of Cinderella in some form or another.

You're probably wondering how it fits in with these dirty jokes, but if you're like me, you probably have some dirty thoughts swimming around in your head! 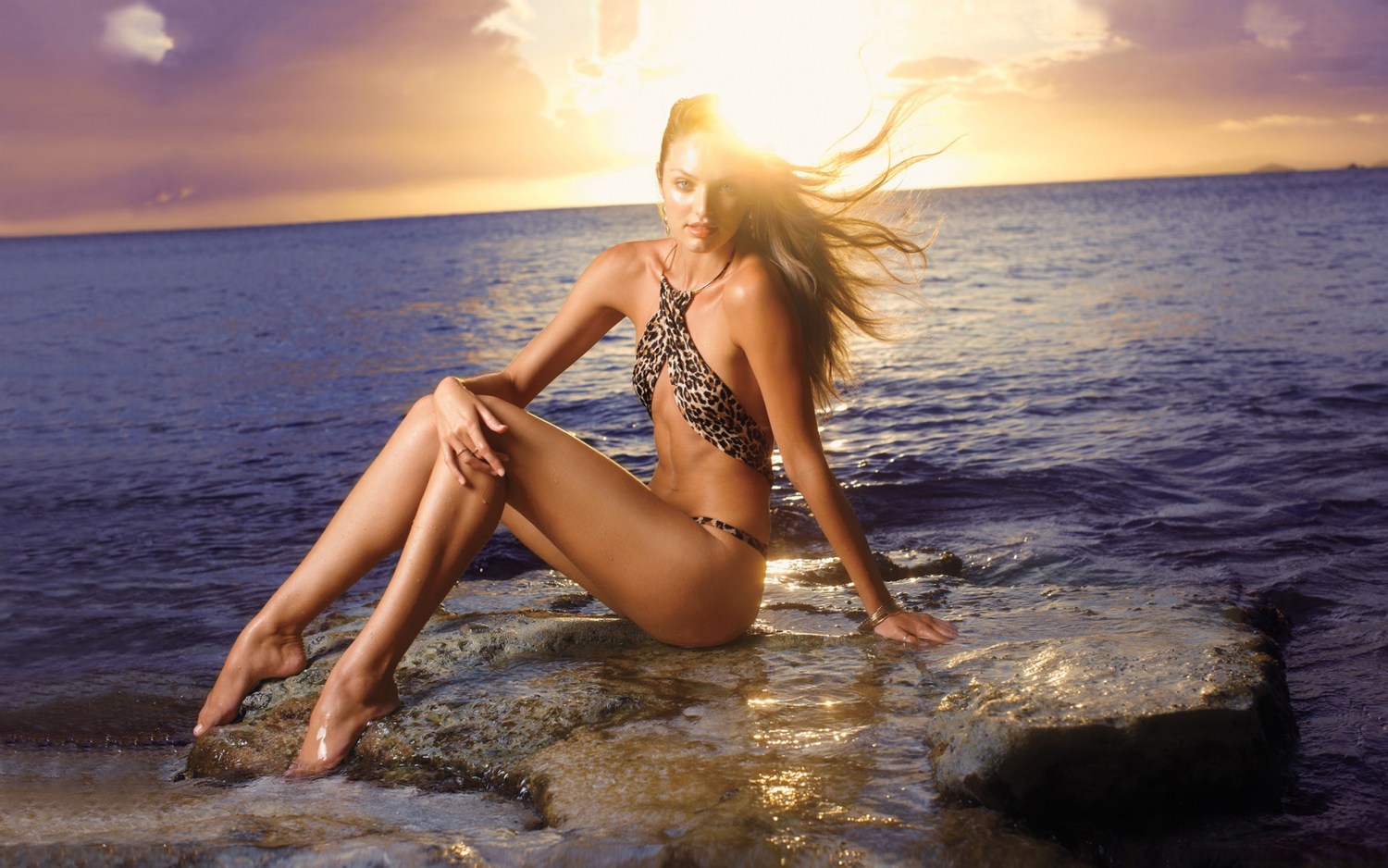 Ken is on the interstate having an evening drive in his new Corvette. He decides to open her up, and the needle jumps to 120 mph. Suddenly he sees a flashing red and blue light behind him. He thinks about outrunning the cops, accelerates for a few seconds, then comes to his senses and pulls over.

The officer comes over to check his license. "I've had a tough shift," says the officer. "And this is my last traffic stop. I don't feel like more paperwork, so if you can give me an excuse for your driving that I haven't heard before, you can go!" "Uh, last week, my wife ran off with a cop," says Ken.

"And when I saw your car, I was afraid he was trying to give her back!" "Have a nice night," says the officer. 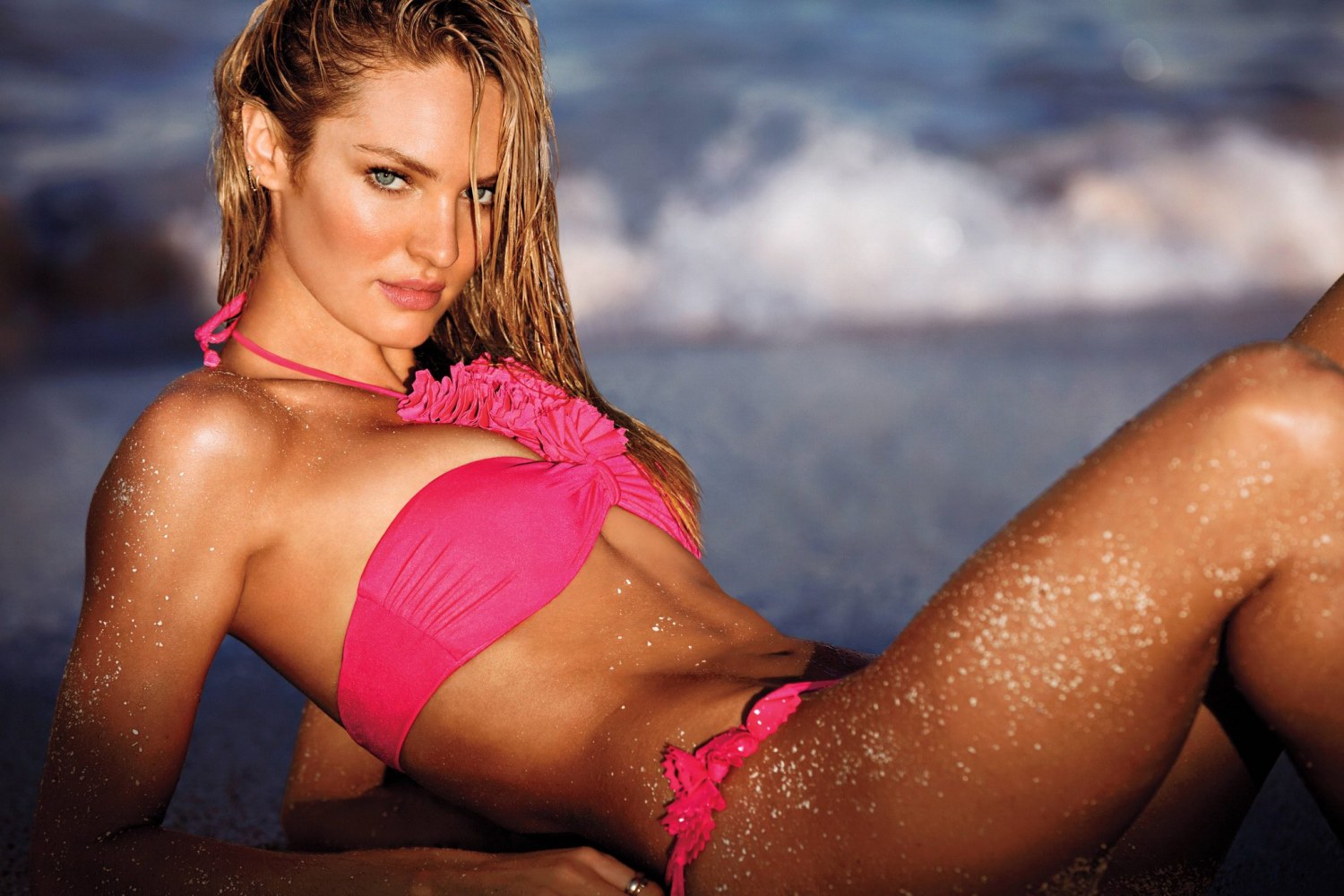 An elderly gentleman went to the local drug store and asked the pharmacist for Viagra. The pharmacist said, "That's no problem. How many do you want?"

The pharmacist said, "That won't do you any good." The elderly gentleman said, "That's alright. I don't need them for sex anymore as I am over 80 years old. I just want it to stick out far enough, so I don't pee on my shoes."

An old lady was getting on the bus to go to the pet cemetery with her cat's remains. As she got on the bus, she whispered to the bus driver, "I have a dead p*ssy."

The driver pointed to the lady sitting behind him and said, "Sit with my wife. You two have a lot in common!" 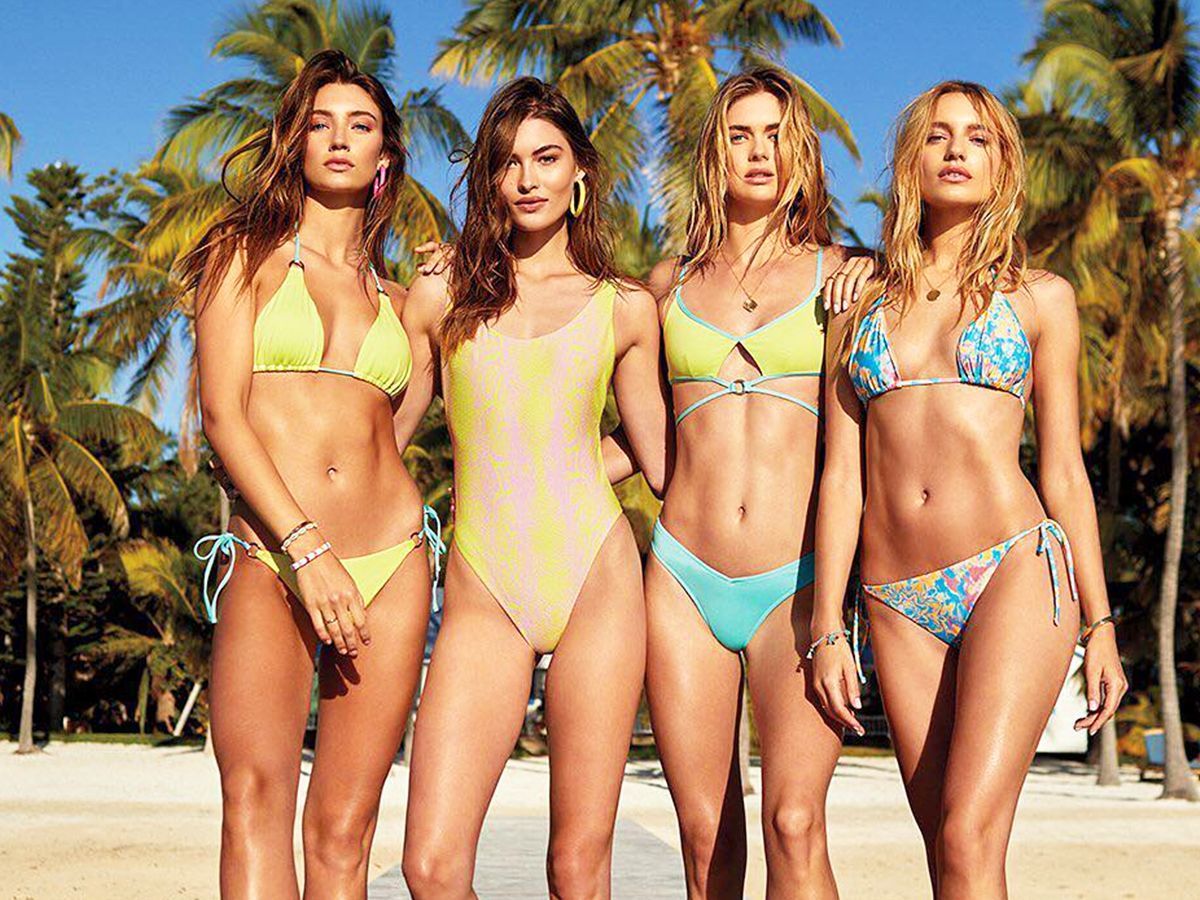 A group of guys lived and died for their Saturday morning round of golf. One guy got transferred to another city, and a new woman club member heard them talking about it.

She said, "You know, I used to play on my college golf team, and I was pretty good. Would you mind if I joined you next week?"

The three guys looked at each other. Not one of them wanted to say 'yes,' but she had them on the spot. Finally, one man said it would be okay, but they would start early -- at 6:30 a.m.

The woman said this might be a problem and asked if she could be up to 15 minutes late. They rolled their eyes but said okay. She smiled and said, "Good, I'll be there at 6:30 or 6:45".

She showed up at 6:30 sharp and, playing right-handed, beat all three of them with an eye-opening two-under-par round. She was fun and a pleasant person, and the guys were impressed.

Back at the clubhouse, they congratulated her and invited her back next week. She smiled and said, "I'll be there at 6:30 or 6:45." The following week, she again showed up at 6:30 sharp. Only this time, she played left-handed.

The three guys were incredulous as she still beat them with an even par round, despite playing with her off-hand. They were totally amazed. They couldn't figure her out. She was, again, charming and didn't seem to be purposely showing them up. They invited her back again, but each man harbored a burning desire to beat her.

In the third week, the guys had their game faces on. But she was 15 minutes late this time, which made the guys irritable. This week the lady again played right-handed and narrowly beat all three of them. The men mused that her late arrival was due to petty gamesmanship on her part.

However, she was so gracious and complimentary of their strong play they couldn't hold a grudge.

Back in the clubhouse, all three guys were shaking their heads. This woman was a riddle no one could figure out. They had a couple of beers, and finally, one of the men asked her point blank, "How do you decide if you're going to golf right-handed or left-handed?"

The lady blushed and grinned. "That's easy," she said. "When my Dad taught me to play golf, I learned I was ambidextrous. I like to switch back and forth. When I got married after college, I discovered my husband always sleeps in the nude. From then on, I developed a silly habit."

"Right before I left in the morning for golf practice, I would pull the covers off him. If his you-know-what was pointing to the right, I golfed right-handed; if it was pointed to the left, I golfed left-handed."

The guys thought this was hysterical. Astonished at this bizarre information, one of the guys shot back, "But what if it's pointing straight up?" She said, "Then, I'm fifteen minutes late." 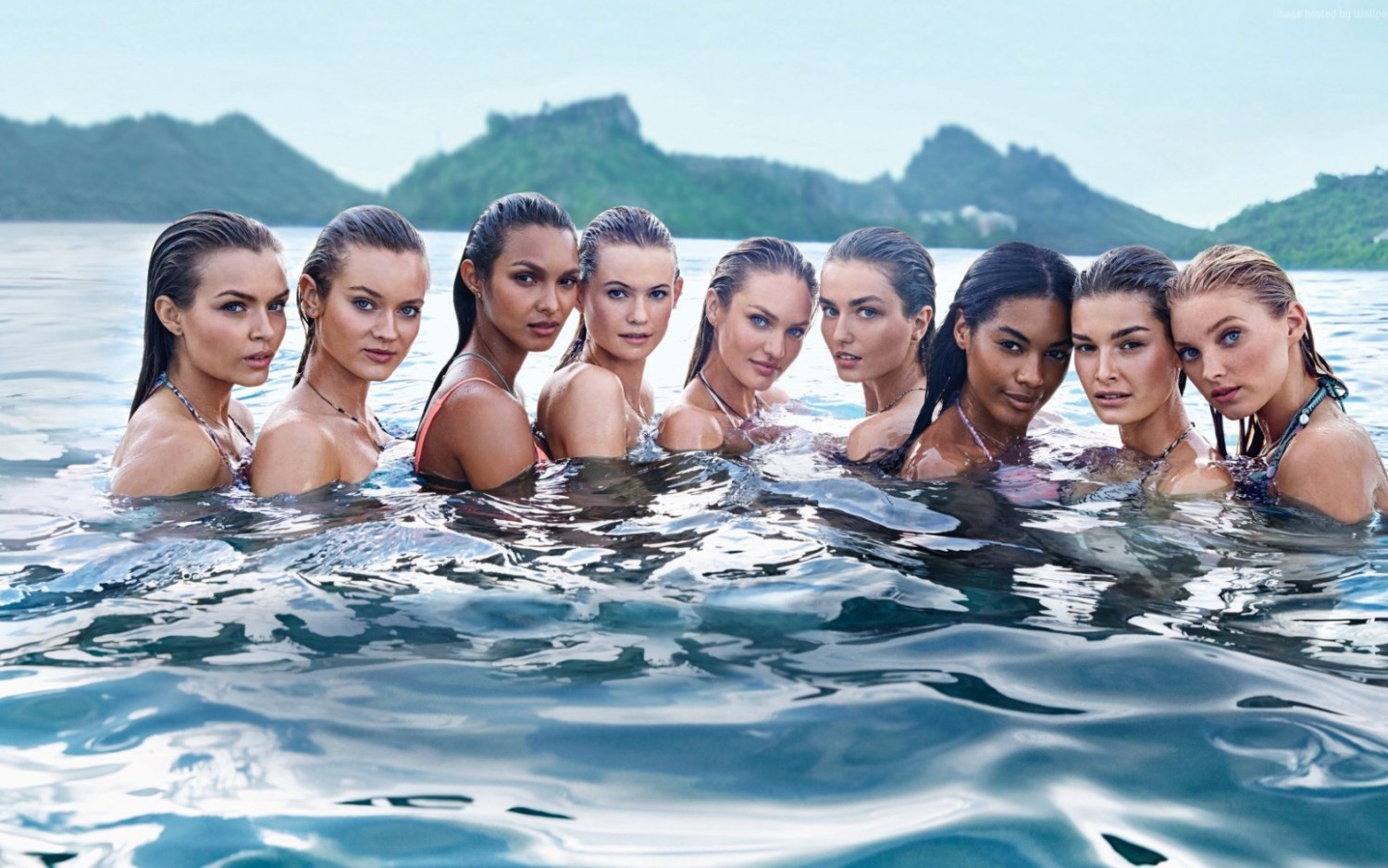 This guy was walking down the road when he noticed a nightclub ahead. He went in, went up to the bar, and asked for a drink. The bar owner, who was tending the bar, said, "I've never seen you in her before."

The guy says, "Yes, I'm not from around here. I'm just passing through on my way to find a job."

The guy says, "I write music and play the piano."

The owner, looking excited, says, "REALLY!? I have an ad in the paper looking for someone to play my piano. Please sit down at the keyboard and play for me if you're interested." The guy does, and as he plays the piano, the owner is in awe of his talent and musical abilities.

The owner says, "You play the piano more beautifully than anyone I have ever heard! What is the name of that song?"

The guy says, "I wrote that song, and the name is Two Lesbians Fu*king Their Brains Out."

The owner gasps and is taken back. He says, "My gosh, that's a terrible name for such a beautiful song. Do you know any others?"

The guy smiles and plays again. Once more, the owner is astounded by this guy's talent and musical abilities. He's almost afraid to ask, but he does ask what the name of the song he just played is.

The guy answers, "I Fu*ked Her All Night Until She Couldn't Take Anymore."

The owner again was shocked. The owner says, "Ok, you play beautifully, and the songs you have written are incredible. I will hire you, but you have to promise not to tell the name of your songs to the patrons." The guy agrees.

That night the guy was playing the piano, and the crowd was just as amazed as the owner was with this man's musical abilities. After playing two songs, the crowd stood up and applauded.

The guy was really pleased and stood up to take a bow. When he stood up and faced the audience, it was apparent that his zipper was open, and his dick and balls were hanging out.

One of the patrons close to the piano says, "Sir, do you know your dick and balls are hanging out?"

The guy smiles and says, "KNOW IT? I WROTE IT!" 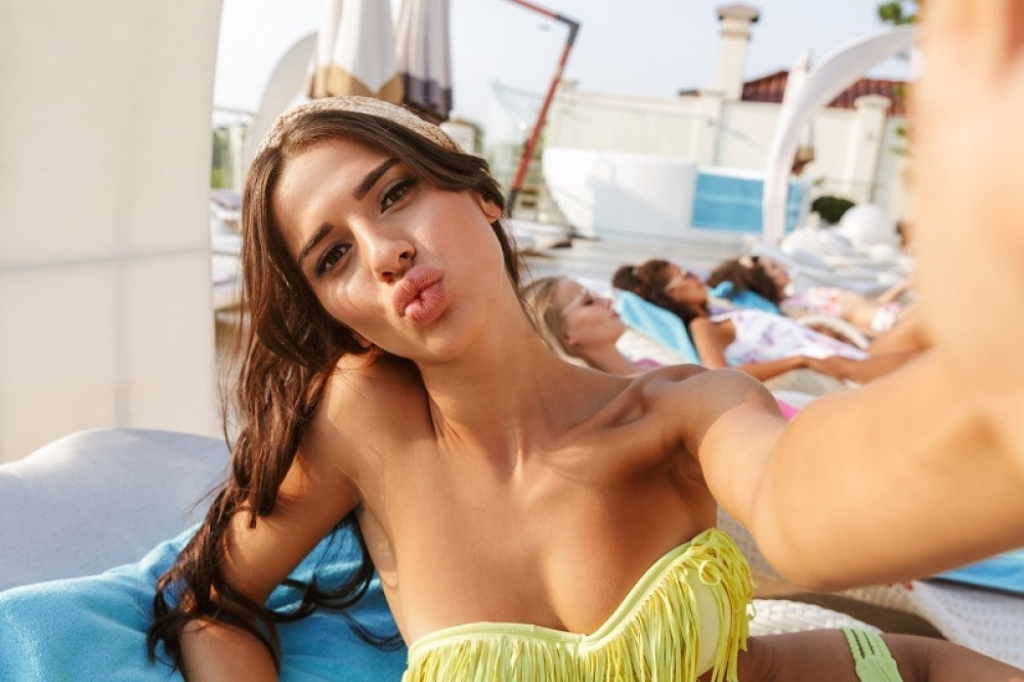 A man goes to the doctor after feeling ill. The doctor says, "You know, you should have come to see me sooner. Unfortunately, you have waited too long, and you are going to die this evening." The man is distraught and wonders how he is going to tell his wife. Well, he tells her, and she takes it pretty well.

"Honey, this is going to be a night that you will always remember," she says. "I am going to treat you like a king!"

She prepares a delicious gourmet dinner with wine, candles, and the works. After dinner, she slips away and returns in the most incredible negligee the man has ever seen. She leads him into their bedroom.

They make the most passionate love they have ever made. The man is beside himself. Once done, the wife rolls over to go to sleep, knowing she kept her promise. Well, the husband is wide-awake, watching the clock. He knows that he is doomed. He taps her... "Honey?" he whispers. She rolls over and again proceeds to make love. Again when they were done, she rolls over, and he taps her. She is getting cranky, but she grants her husband's dying wishes under the circumstances.

Finally, the wife rolls over and begins to snore. Well, the man decides to tap her again. "Honey?" he whispers.

She rolls over and yells, "Oh sure!... You're not the one that has to get up in the morning!!!

Sex in a Marriage 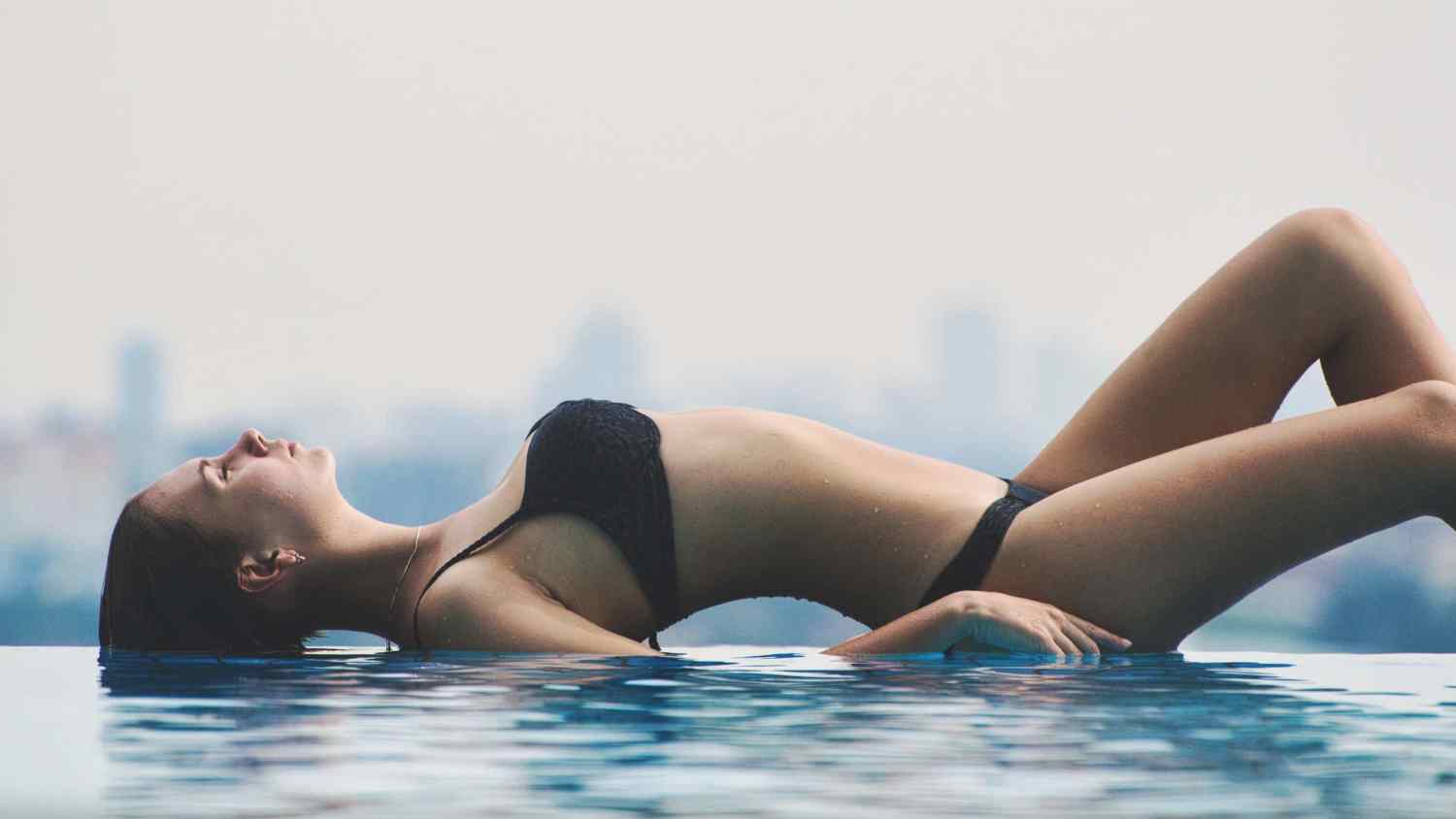 There are four kinds of sex involved in a marriage.

The first is Smurf Sex... This happens during the honeymoon; you both keep doing it until you're blue in the face.

The second is Kitchen Sex... This is the beginning of the marriage; you'll have sex anywhere, anytime. Hence, also in the kitchen.

The third kind is Bedroom Sex... You've calmed down a bit, perhaps have kids, so you gotta do it in the bedroom.

The fourth kind is Hallway Sex... This is where you pass each other in the hallway and say, "F*ck you!"

There is also a fifth kind of sex: Courtroom Sex... This is when you get divorced, and your wife f*cks you in front of everyone in court! 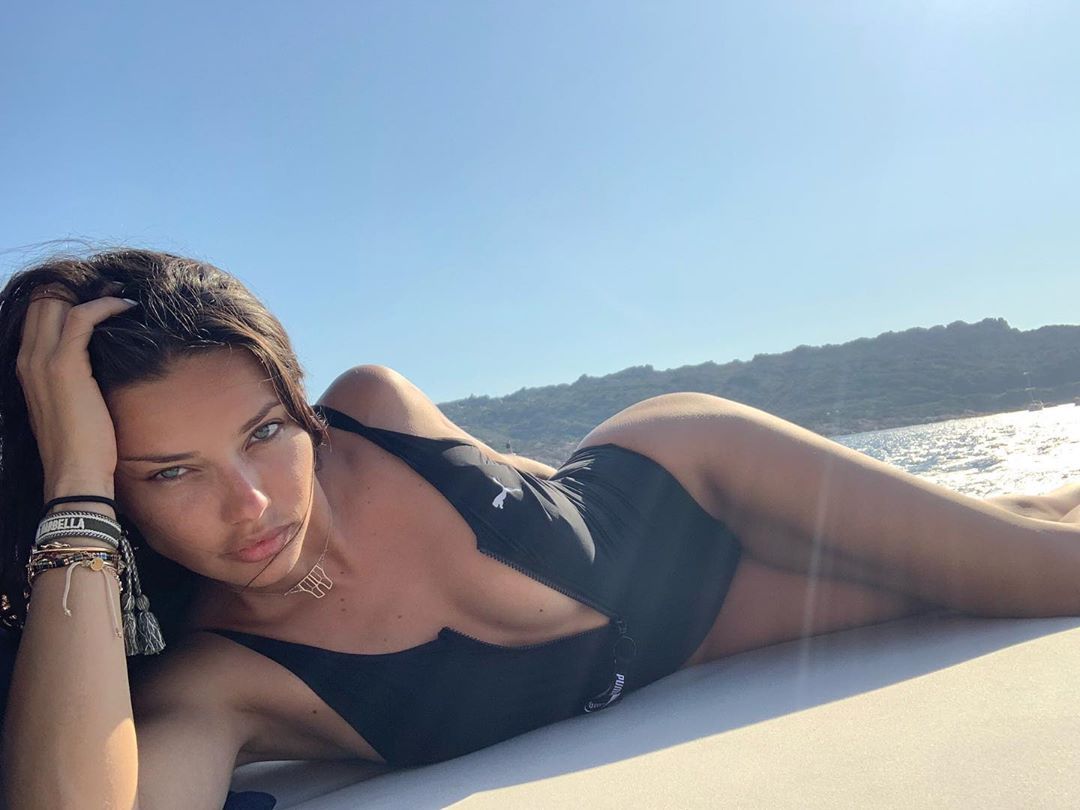 It has been studied and determined that the most often used sexual position for married couples is the doggy position.

The husband sits up and begs while the wife rolls over and plays dead. 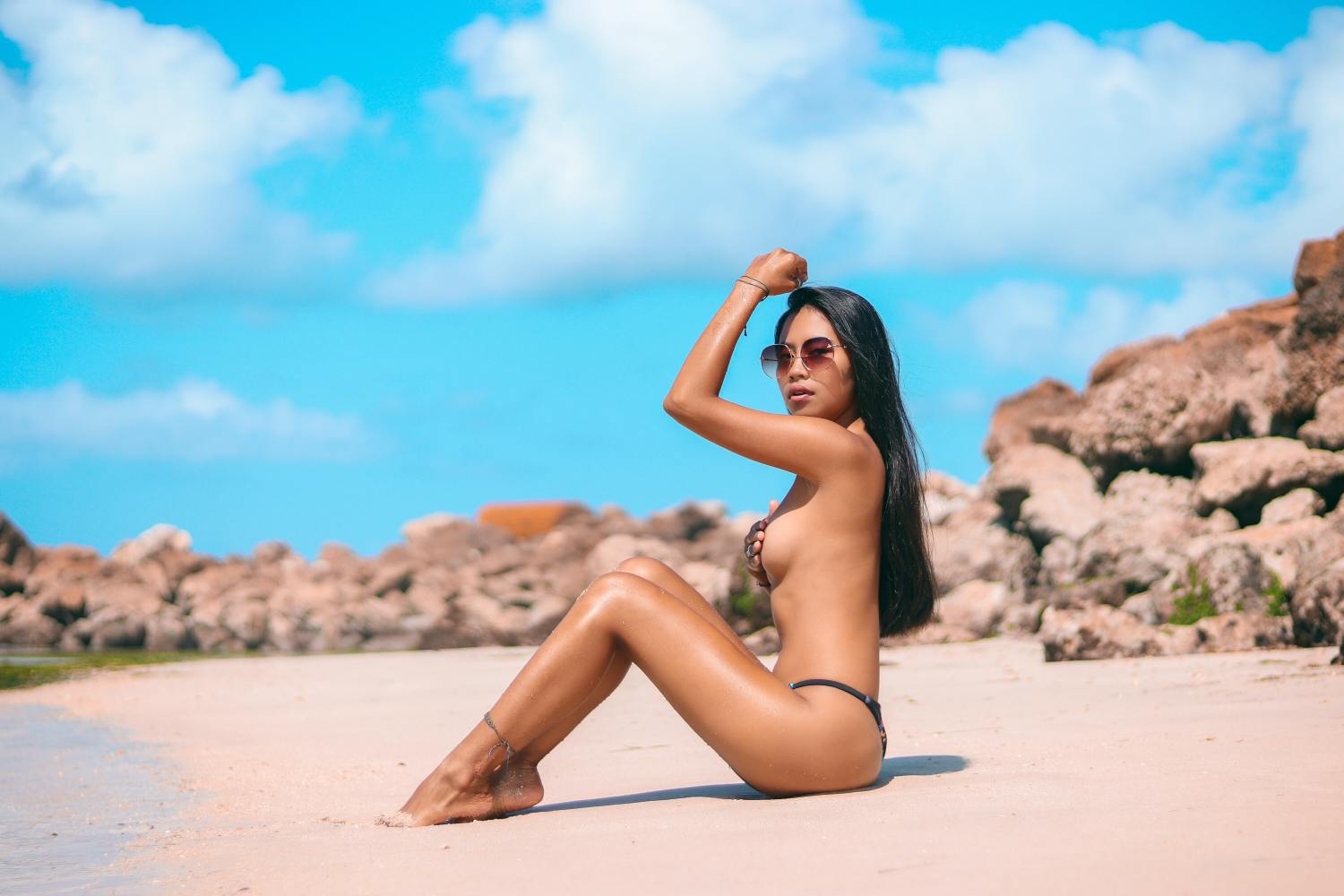 Husband and wife are getting all snugly in bed. The passion is heating up. But then the wife stops and says, "I don't feel like it. I just want you to hold me." The husband says, " WHAT???"

The wife explains that he must not be in tune with her emotional needs as a woman.

The husband realizes that nothing is going to happen tonight, and he might as well deal with it. So the next day, the husband takes her shopping at a big department store. He walks around and had her try on three very expensive outfits. And then tells his wife, "We'll take all three of them."

Then goes over and gets matching shoes worth $200 each. And then goes to the jewelry department and gets a set of diamond earrings.

The wife is so excited (she thinks her husband has flipped out, but she does not care). She goes for the tennis bracelet. The husband says, "but you don't even play tennis, but OK, if you like it, then let's get it.' The wife is jumping up and down.

So excited, she could not even believe what was going on. She says, "I am ready to go, let's go to the cash register. "

The husband says, "no, no, no, honey, we're not going to buy all this stuff." The wife's face goes blank. "No, honey - I just want you to HOLD this stuff for a while."

Her face gets really red she is about to explode, and then the husband says, "You must not be in tune with my financial needs as a MAN!"

Cinderella Gets to the Ball

What did Cinderella do when she got to the ball?