There is no doubt that one of the worst nuclear disasters in history took place in April 1986 in Ukraine. The whole world already knew how bad the Chernobyl nuclear disaster was as soon as it happened.

Nevertheless, that did not prepare anyone for the shock that was Chernobyl's Elephant's Foot. The phrase was coined to describe a large pile of hot, lava-like radioactive chemicals that had burned its way into the facility's basement.

After the radioactive mass settled there, it solidified.

The mass has many layers which look like tree bark and glass and a characteristic wrinkly appearance.

Chernobyl's Elephant's Foot was given the name based on its shape and color. Nevertheless, as harmless as the name sounds, the eerie mass produces large amounts of radiation, even to this day.

Chernobyl's Elephant's Foot was so toxic that it could kill in just seconds.

The Genesis Of Chernobyl's Elephant's Foot 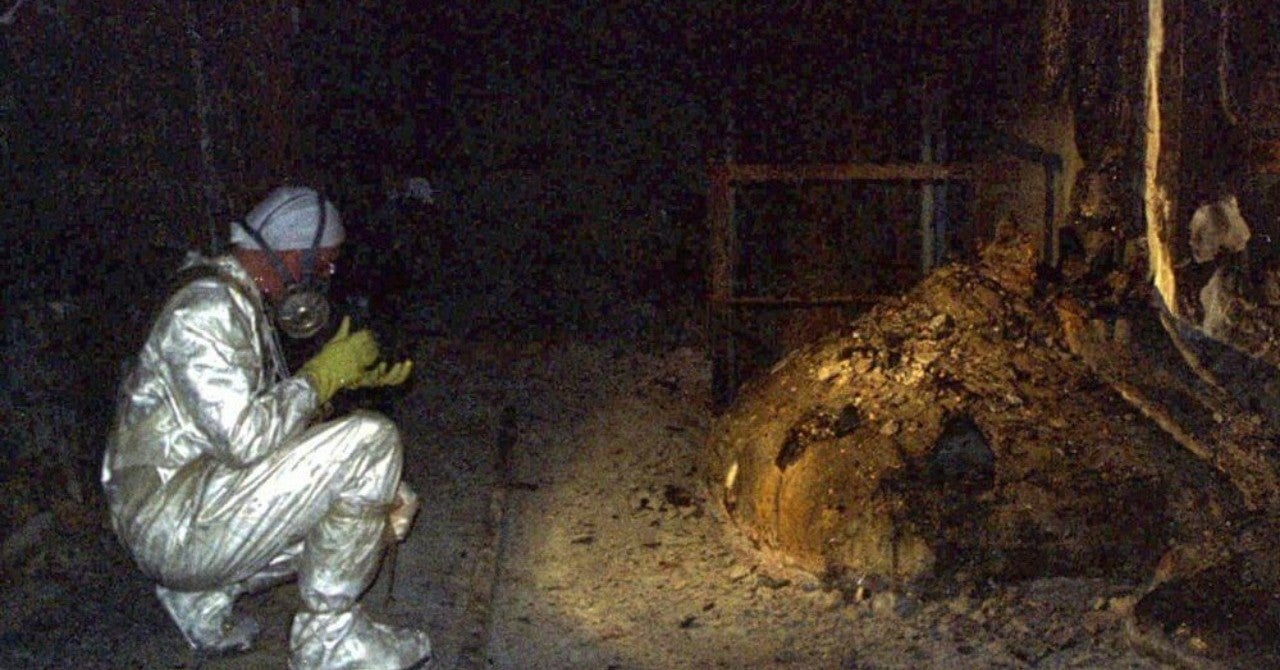 When the explosion first happened in 1986, the radioactive material got as far as France and Sweden. About 50 tons of these toxic substances were spewed into the air.

The explosion happened on the morning of April 26, 1986, and caused a meltdown in the reactor's core.

Routine stress tests were being done to see how long the turbine would keep spinning after power was cut off. The tests run using 200 MW instead of 700 MW of power by mistake.

As a result, control rods were removed to trigger an increase in power levels. Unfortunately, things got out of hand, resulting in excessive reaction rates and higher power output.

The control rods were replaced to keep the temperatures under control, but it was too late.

The steam created immense pressure that blew off the 1,000-ton concrete and steel lid through the roof of the building in a massive explosion.

The explosion also ruptured the 1,660 pressure tubes in the reactor, triggering another explosion and fire that exposed the radioactive core.

The accident was so severe that the radioactive material came out of the plant for ten days. Additionally, nuclear fission materials would be released into the Eastern European atmosphere for the next nine years.

Within weeks, hundreds of laborers and engineers died after being exposed to the radiation. Many of them got exposed while trying to keep the radiation under control.

Many others ended up with illnesses like cancer decades after the explosion. Others suffered from physical defects that lasted all their lives.

The Effects Of Chernobyl's Nuclear Disaster Exist To This Day 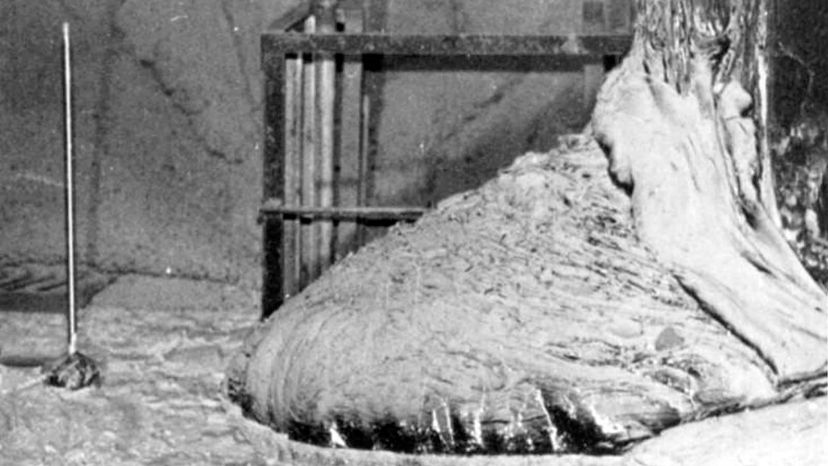 The effects of the Chernobyl nuclear disaster are still present today, and experts continue to study them and their impact. Strangely, wildlife has made a comeback.

One of the most curious research interests is Chernobyl's Elephant's Foot, which has bizarre chemical properties.

The feature consists of nuclear fuel, concrete, sand, and other materials through which the radioactive material melted. The most common material in Chernobyl's Elephant's Foot is silicon dioxide, but the mass also has traces of uranium, titanium, magnesium, graphite, and zirconium.

The radioactivity of the mass is uniform, although the uranium is not uniformly distributed throughout the material. The Elephant's Foot weighs about 2 tons.

The mass make up is so dense that it could not be drilled. A soldier who volunteered to go after it with an ax was left with nothing to show for his efforts.

The exposure on the solder was so much that he was taken away immediately. After that, a marksman came in and shot at the hardened toxic mass using an AK-47 rifle. The bullet managed to get into the mass.

Initially, the workers took photos at a close range, but later, they set up wheeled cameras to let them take photos without putting themselves at risk.

Korneyev, who took a photo of the Elephant's Foot at close range ten years after the incident, ended up getting cataracts and other diseases due to the exposure he suffered.

After reactor four overheated, the uranium fuel in it melted, producing steam that tore the reactor apart. This steam was combined with molten nuclear fuel to form 100 tons of very hot chemicals that went out of the reactor.

This mixture went through the concrete floor and eventually ended up in the basement where it solidified, making up Chernobyl's Elephant's Foot. The material burned through more than 2 meters (6.6 ft) of reinforced concrete.

The mass was discovered several months after the disaster happened. It became a huge source of intrigue for experts, given the enormous risks to anyone exposed to it. At the time, experts determined that an hour of exposure to the radioactive mass was equivalent to getting 4.5 million chest x-rays.

Chernobyl's Elephant's Foot is several feet wide. When it was first discovered, it could kill in seconds after causing excruciating side-effects on those exposed to the radiation is emitted.

Decades later, after thirty seconds of exposure, people would feel dizzy and fatigued. Two minutes of exposure would cause cells in the body to hemorrhage. After 5 minutes, death was guaranteed to occur within 48 hours.

As deadly as the nuclear mass is, only a small percentage consists of actual atomic fuel. Most of Elephant's Foot is sand, melted concrete, and uranium.

The particular makeup of this feature has been labeled "corium" in reference to where it started, the core of reactor 4. Decades later, experts are still looking into the composition of Chernobyl's Elephant's Foot, which they also refer to as lava-like fuel-containing material (LFCM).

Incredibly, even with all the risks the mass had, scientists were still able to study it and document its characteristics. 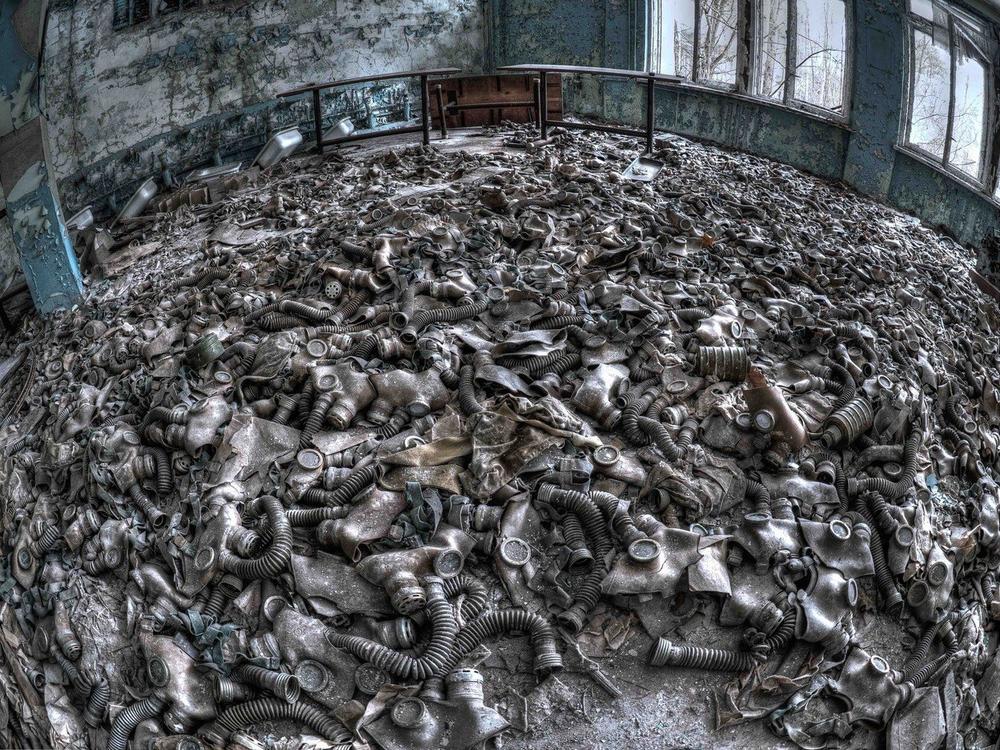 In an attempt to understand Chernobyl's Elephant's Foot, scientists recreated the mass in the lab in 2020. The researchers at the University of Sheffield in the U.K. could do so using depleted uranium, which is usually about 40% less radioactive than natural uranium.

The replica of Chernobyl's Elephant's Foot had small amounts of the chemical composition of the real thing so that it could be studied without posing a danger to the researchers.

For researchers, the replica is critical because it gives experts a chance to find information that helps avoid causing an unintentional radioactive accident in the future.

Still, since the replica is not exactly like the real thing, scientists are warned to be cautious when interpreting the results it gives. That said, the simulation will be important in understanding how radioactive materials behave after such incidents.

Today, the real Elephant's Foot radiation is not as harmful as it once was, but that does not mean people can get close to it without putting themselves at risk.

Scientists are currently looking for ways to avoid another Elephant's Foot while also finding ways to deal with the one we already have.

The radiation at Chernobyl's Elephant's Foot has gone down over time due to the natural decaying process of its radioactive components. Although exposure to the Elephant's Foot might not kill after 30 seconds of exposure, as was the case when it was first discovered, getting exposed to it for 5 minutes today is still considered a death sentence.

At one point, there were concerns that the mass might get deeper and reach groundwater, causing widespread radiation poisoning. Fortunately, there is evidence that these fears have no basis.

Still, Chernobyl's Elephant's Foot is the most radioactive place in the world. It is currently sealed under the New Safe Confinement, making it relatively safe, even for those working there.