A disturbing video of a high school runner being sucker-punched at the Tohopekaliga Tiger Invitational in Kissimmee, Florida, went viral across social media networks.

The high school runner was hit during a 1,600m race last weekend. Footage shows that the runner was attacked from behind.

A man in a white top and red shorts was leading the race. Out of nowhere, a man in black punched him near the head, knocking him down.

What you might think is that another runner punched the leader. However, it was a spectator who was bypassed by the person in red shorts.

During one lap, the runner told the spectator to move, or he would get punched. The attacker, a teen male, refused, and in the following lap, not recorded on tape, the runner allegedly pushed the spectator as he was deliberately getting in his way. 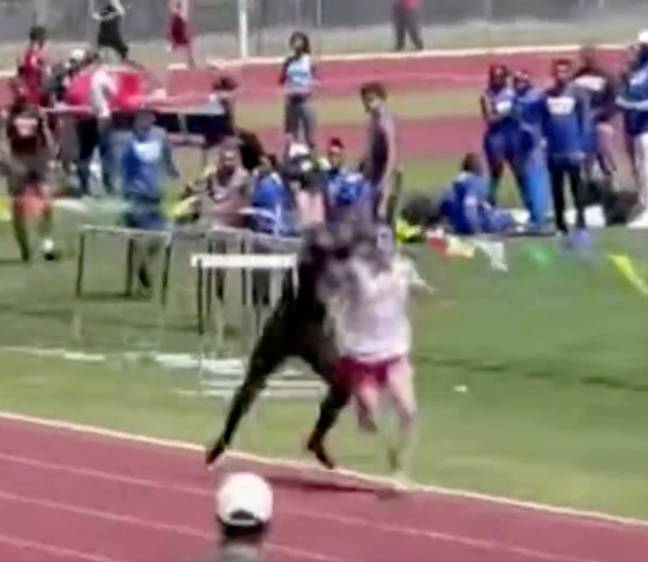 In the subsequent lap, the attacker wanted revenge, so the athlete was thrown off balance and floored. He, however, did finish the race.

Over 27 schools were competing in track, and both the police and the Florida High School Athletic Association were notified of the incident.

According to TMZ, no arrests have been made, and there are still no official statements from any of the schools.

As many pointed out on social media if there is one person who understands the runner would be Chris Rock.

The altercation between Chris, 57, and Will Smith, 53, during the Oscars continues to be one of the top stories.

Chris made a joke about Smith's wife's hairstyle, and Will initially laughed. Jada Pinket-Smith rolled her eyes, and Smith went to the stage and slapped the comedian.

After returning to his seat, Will shouted, "keep my wife's name out your f***ing mouth."

In an unexpected twist, Will Smith announced in a statement that he has resigned from the Academy of Motion Pictures Arts & Sciences. It remains unclear whether the Academy Award winner is still in hot waters or it is time for "healing," as Jada shared on her Instagram.