Abby, a 13-year-old mixed breed poodle, was found in a cave after spending 62 days 500ft below the ground.

The dog went missing on June 9, and the owner Jeff Bohnert from Perryville, Missouri, never in his wildest dreams could believe what his pooch had been through. 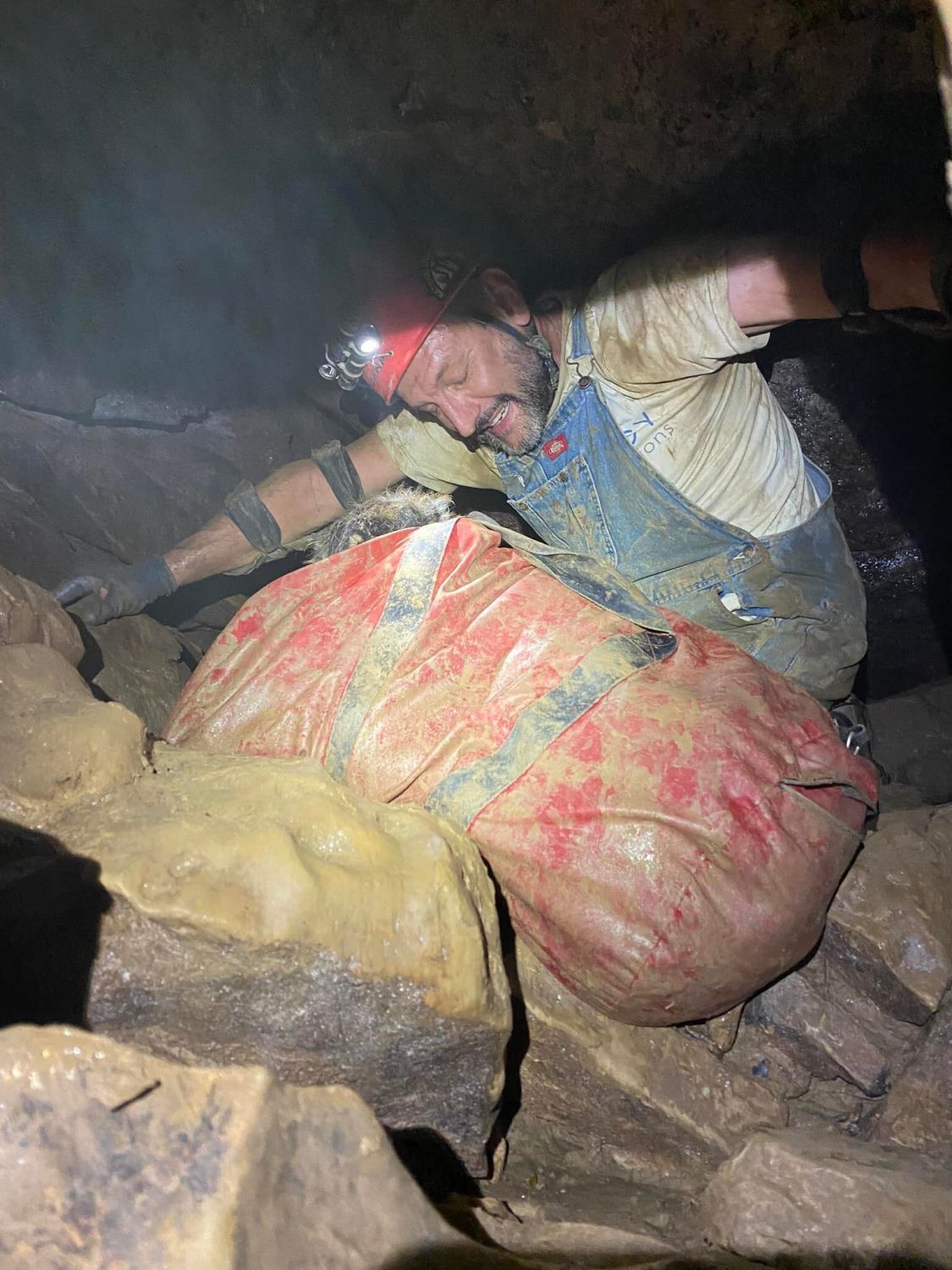 Gerry Keene and Rick Haley took a group of bowels into the Tom Moore cave system.

They stumbled upon a dog, which is quite uncommon in a cave.

Poor Abby looked skinny, muddy, and curled up on the dirty floor. She was in such poor condition that she could not waggle her tail or whimper. 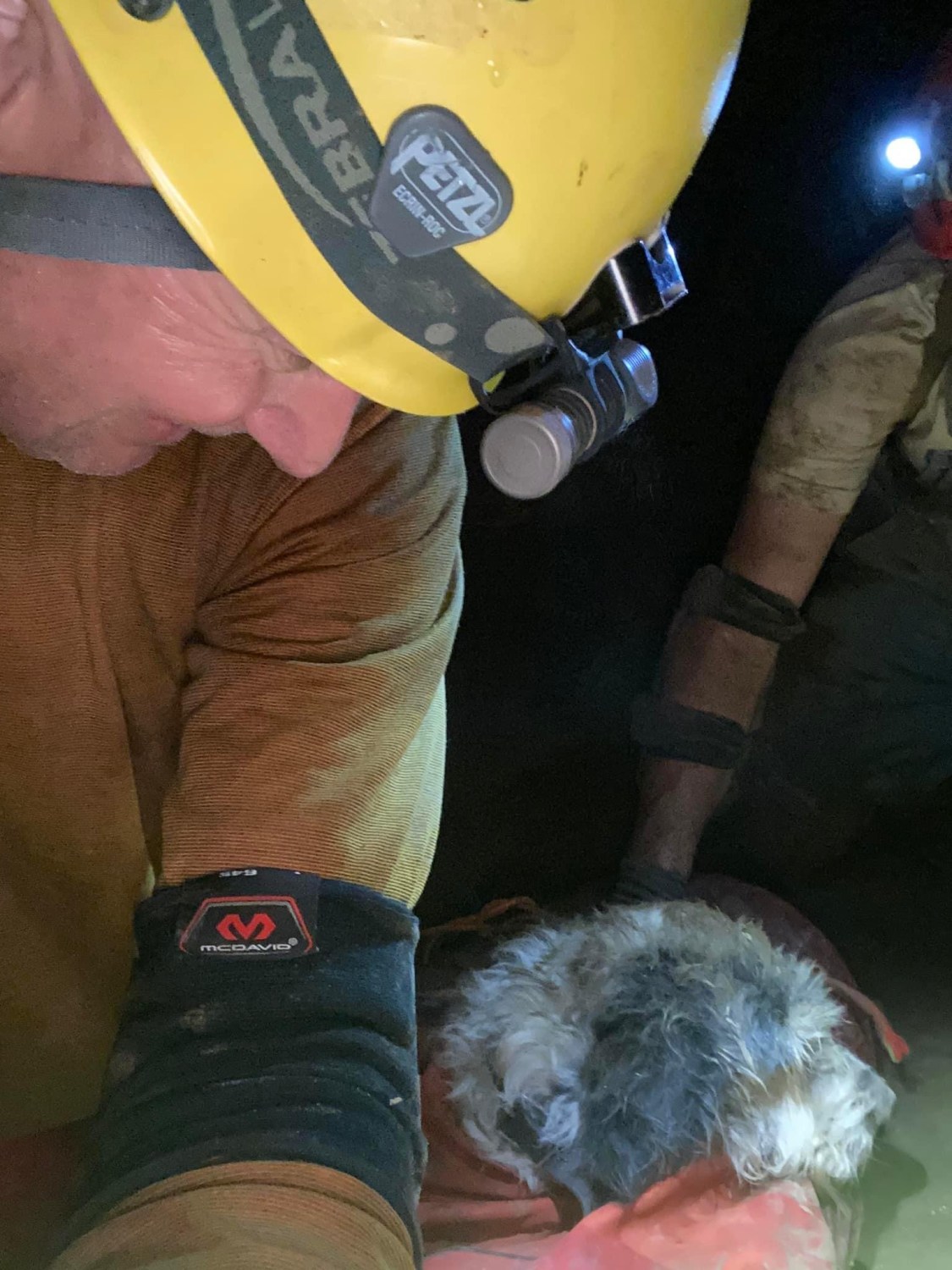 The cave had "ample water," which saved Abby since dogs, like humans, can't go more than a few days without water.

"As for food, I can think of nothing. It was evident by inspection of her she hadn't eaten in a very long time." 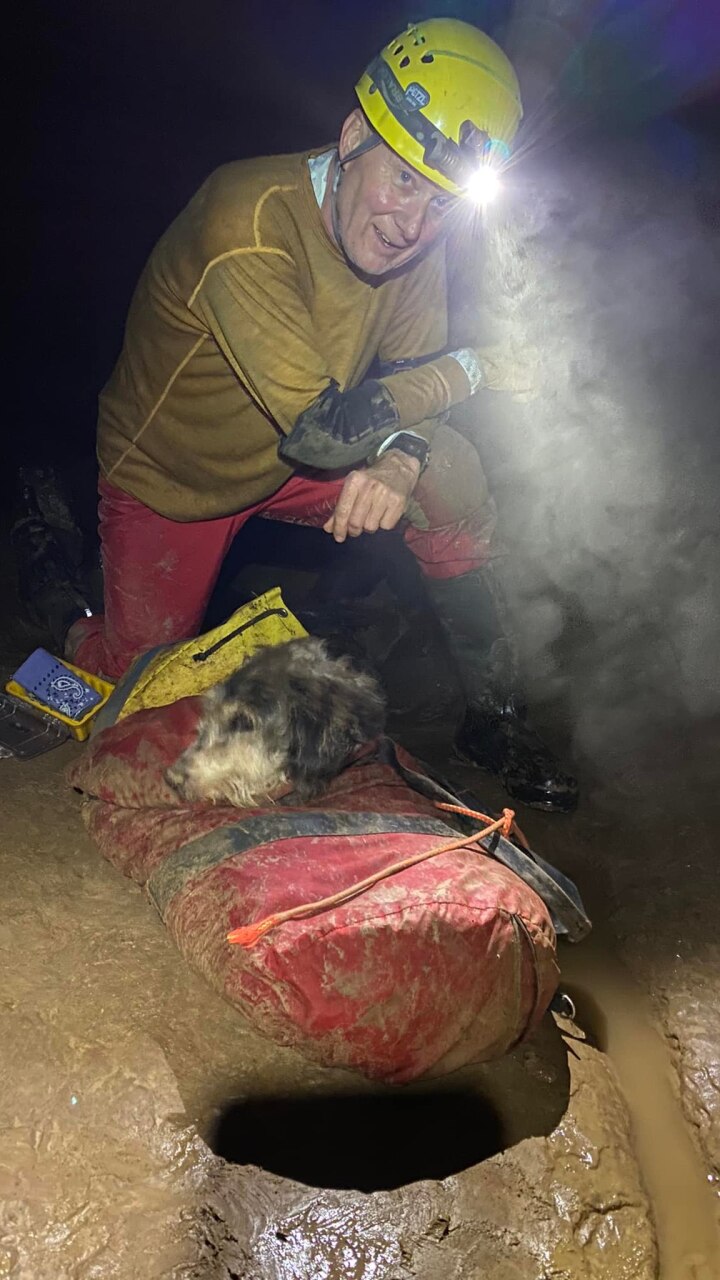 He added that seeing her was "heartbreaking." The two rescuers gave the pooch urgent care and then started going from door to door in search of Abby's owner.

The neighbors eventually recozniged the poor dog, as Hailey explained that Abby was lucky in more ways than once. She could have drowned in a "vertical" and "very tight" cave passage, which often fills up with water. 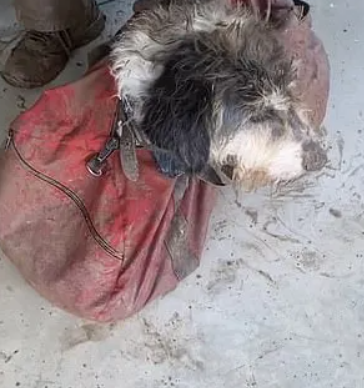 "At times, there was likely too much water. There was heavy rain in the time period she was there."

Haley said that Abby is slowly recovering, adding that the owner said she is "getting back to herself." 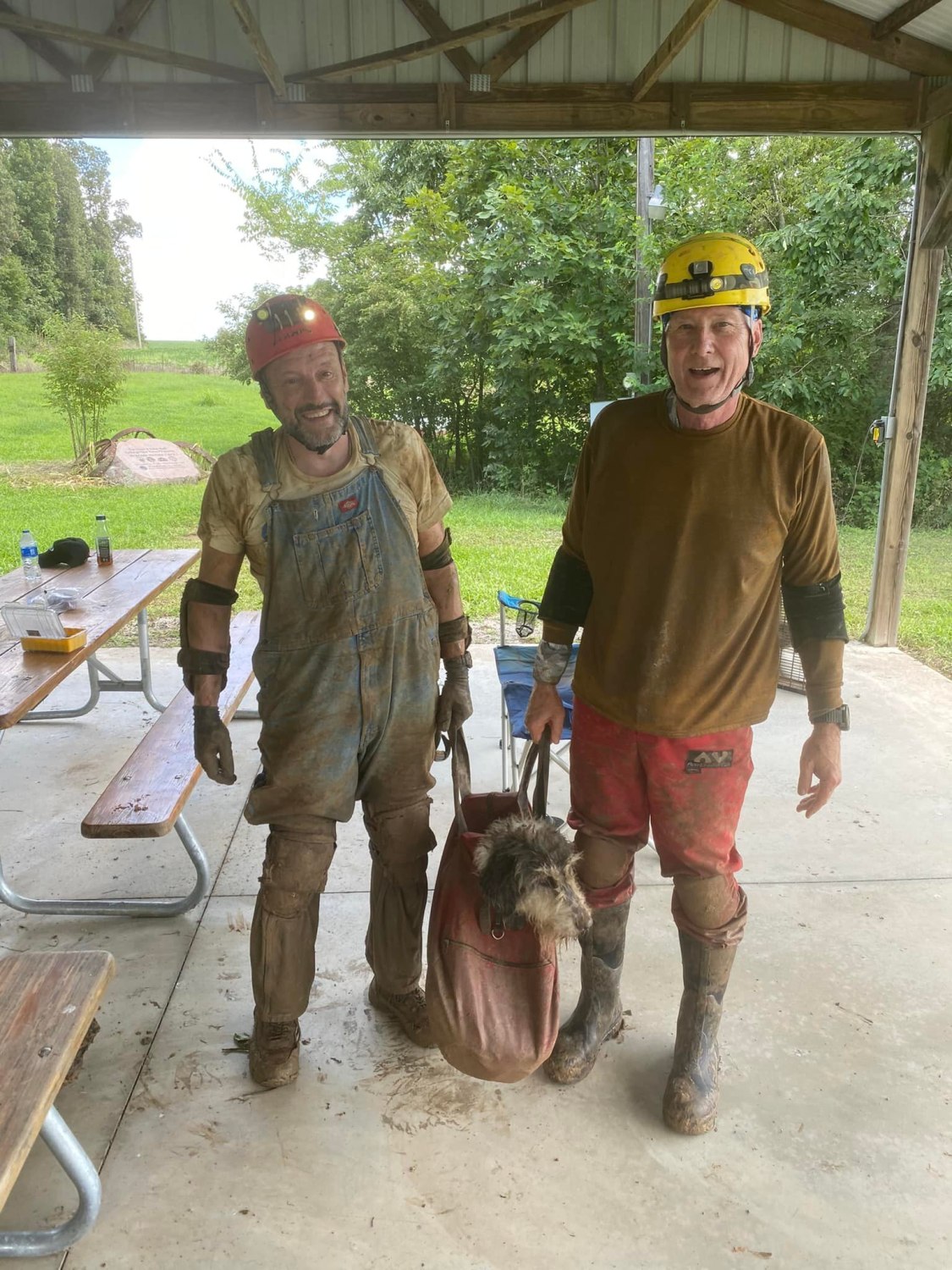 Talking to NPR, Haley said that Abbey did her best to be comfortable as possible, "which was hard down there because it's very wet and it's 58 degrees (14C) or so."

Keene added that Abby seemed "ready for another adventure" after she got a beef stick.

The caving expedition did not go as planned, but the brave men saved a sweet little puppy from a cruel death. It is truly a miracle and proof that heroes don't need capes.