A US product called Jiftip is said to be a genuine, more comfortable alternative to condoms.

It is a sticker that closes the urethral opening. It only covers the tip of the penis, so it is supposed to be a condom substitute. Sounds tempting, but can it work?

Doubts as to whether the so-called Jiftip can be as helpful as it appears on the manufacturer's website are more than justified.

Even more so, experts on protected sex already sound alarmed. 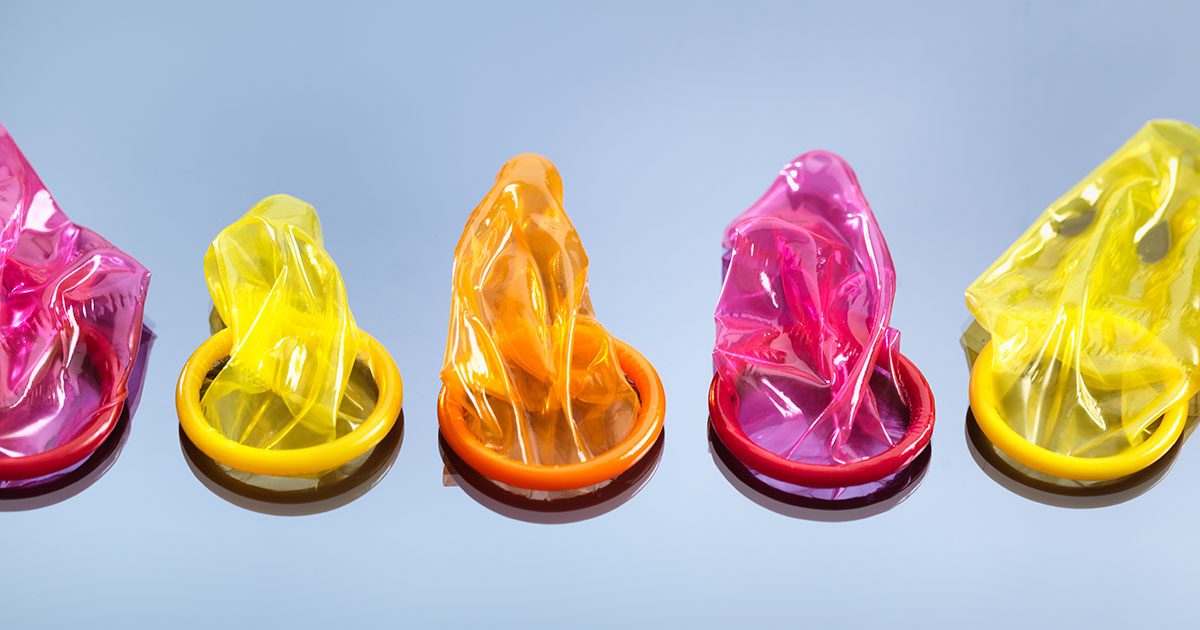 Within the range of contraceptives, where not all are equally effective, a new product appeared a few years ago: Jiftip The Diktip. It is a small sticker placed over the urinary meatus (the hole in the penis through which urine and semen come out). Covering prevents the body from expelling the fluid during ejaculation.

It is based on the premise that the condom reduces the sensitivity of the male member during intercourse and does not allow the man to enjoy it fully. So, the product creators explained on their website that this small piece of plastic is there to increase pleasure during sexual intercourse.

They claim it is "the best alternative to condoms since they squeeze the male member and the relationship is less 'pleasant."

As the website claims, it even makes oral sex more pleasurable since it guarantees sex without a mess. So, more pleasure, less worrying about the taste.

The Jiftip is a kind of sticky and extremely flexible sticker whose task is to close the exit of the urethra. Apart from a manageable area at the tip of the glans, the rest of the penis is uncovered. Hence, the skin on skin contact is provided.

The whole thing stays where it belongs despite intensive mechanical influences, so it is recommended to thoroughly clean the tip of the penis before the Jiftip is glued on with sufficient pressure.

The product, made of polyurethane, can be purchased through the web. A package with four stickers (disposable, one is used per relation) costs 18 dollars or around 16,20 euros. In addition, the package also contains a small cloth that is used to clean the meatus area so that the sticker can adhere more easily.

How Safe Is Jiftip, A Condom For The Tip? 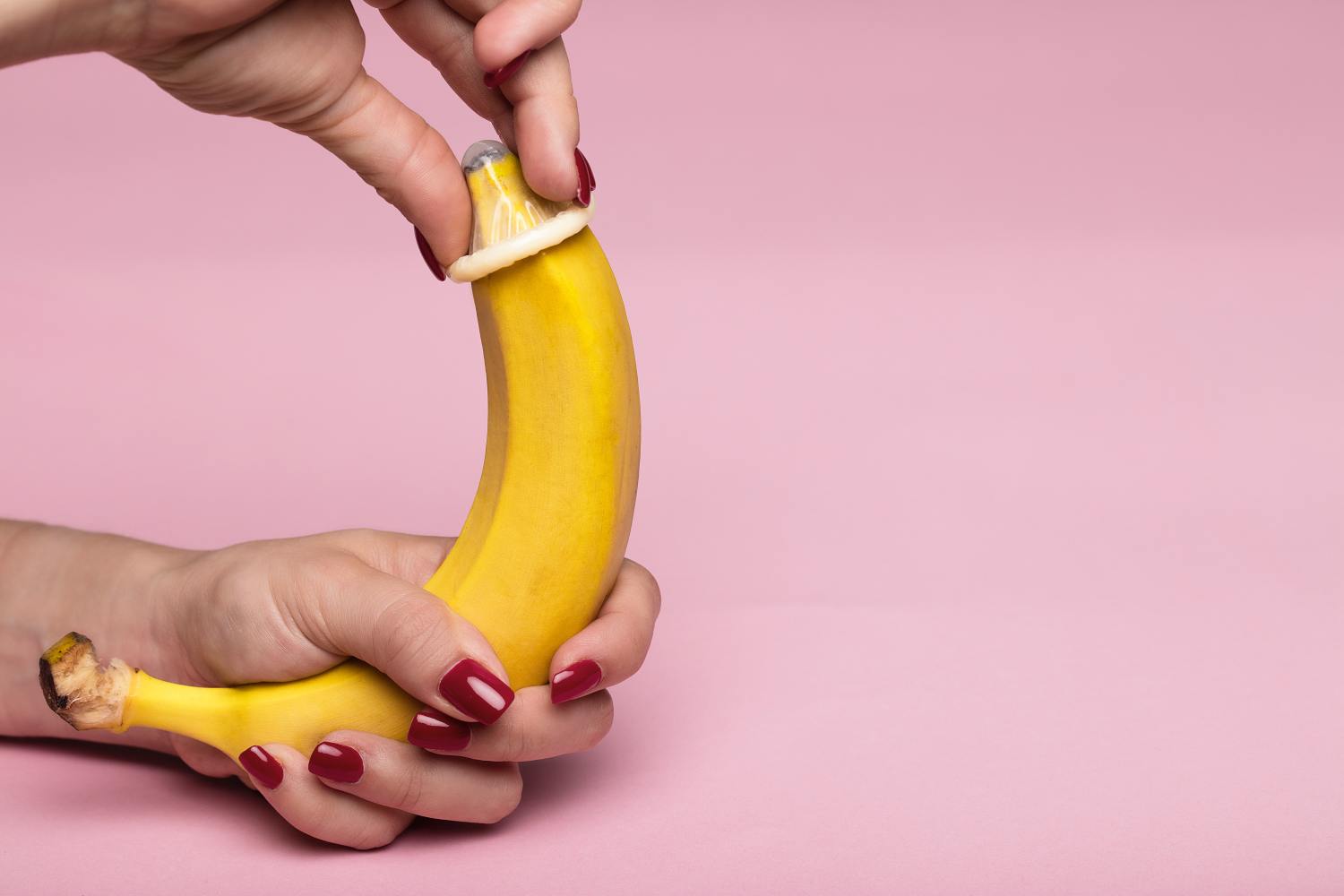 The first question that may arise is what happens to the penis when semen is not deposed. Urologists writing about this product indicate:

"That the semen stays in the urethra and does not come out can produce a sensation of dilatation of the duct, which is not excessively annoying. Once the sticker is removed, that fluid would come out without pressure, in a rather drooling way, and not with the pressure with which it usually comes out."

Beyond this question, which remains in what can be a mere discomfort, this product has not been supported by any scientific study. What is more important, it does not prevent sexually transmitted diseases.

In addition, experts consider it very difficult to trust this system:

"We don't know to what extent this adhesive remains stuck and acts as a barrier so that the semen does not come out."

"If it is a strong adhesive, since it is subjected to friction and the fluids of a sexual relationship and resists, we understand that it is possible that when taking it off it generates some discomfort or irritation."

Its contraceptive function is not entirely reliable either, but on its website, it is presented as "the method that will make you fall in love with sex again" because you can "feel your partner, feel free and feel safe." But according to them, this is not the only thing because with the Jiftip The Diktip, the "real" size does not matter.

"Pleasure is a sensation that is felt more in the brain than in the penis," assure doctors. Many people cannot ejaculate because - for example - they do not have a prostate. However, they do have orgasms and enjoy the pleasure.

Orgasm is an experience more of a sensory type and is not located exclusively in the penis since it can be achieved through thought without manipulating the genitals.

Contrary to what many believe, the semen which is not expelled does not indicate that there was no orgasm. Ejaculation is a consequence of the climax and not the other way around.

Beyond this, more comfortable condoms are generated daily with different materials that contribute to pleasure. These provide the necessary protection to have safe and comfortable sex. You just have to know a series of guidelines to buy the one that best suits your needs.

It is about the couple feeling maximum pleasure without the danger of a possible pregnancy. Hence it is considered a new contraceptive method. On its website, you can see real examples of how it stays on, what to do after ejaculation, its maximum capacity, how to remove it, etc. 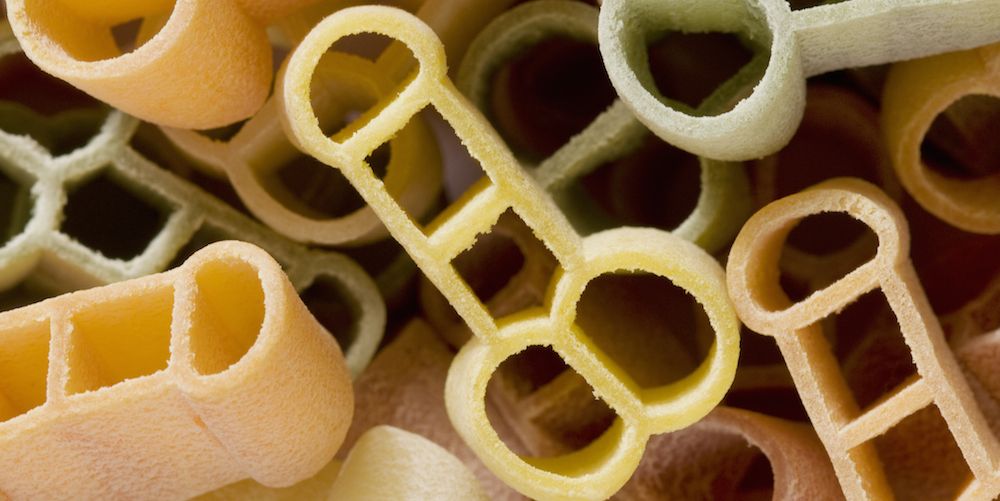 "Sex is easy and fun! If you don't complicate it..." is the slogan of the contraceptive brand Jiftip, currently on everyone's lips. The stickers are aimed at all couples who want to use contraception and don't want to do without the "real" feeling.

According to the manufacturer, the application is very simple and only requires a few steps. The sticker is glued to the glans and is intended to prevent ejaculation. After sex, the sticker is removed again.

According to the creators of Jiftip, the advantage is that the small sticker is hardly noticeable and makes sex "uncomplicated" again. Unfortunately, the "uncomplicated" sticker has some disadvantages, which the manufacturer only sheepishly mentions.

Not supported by any scientific study

It does not prevent sexually transmitted diseases

It is not shown that it does not irritate the skin

So that it does not detach with the movements and the different fluids, the fastening must be strong

We go into more details below. 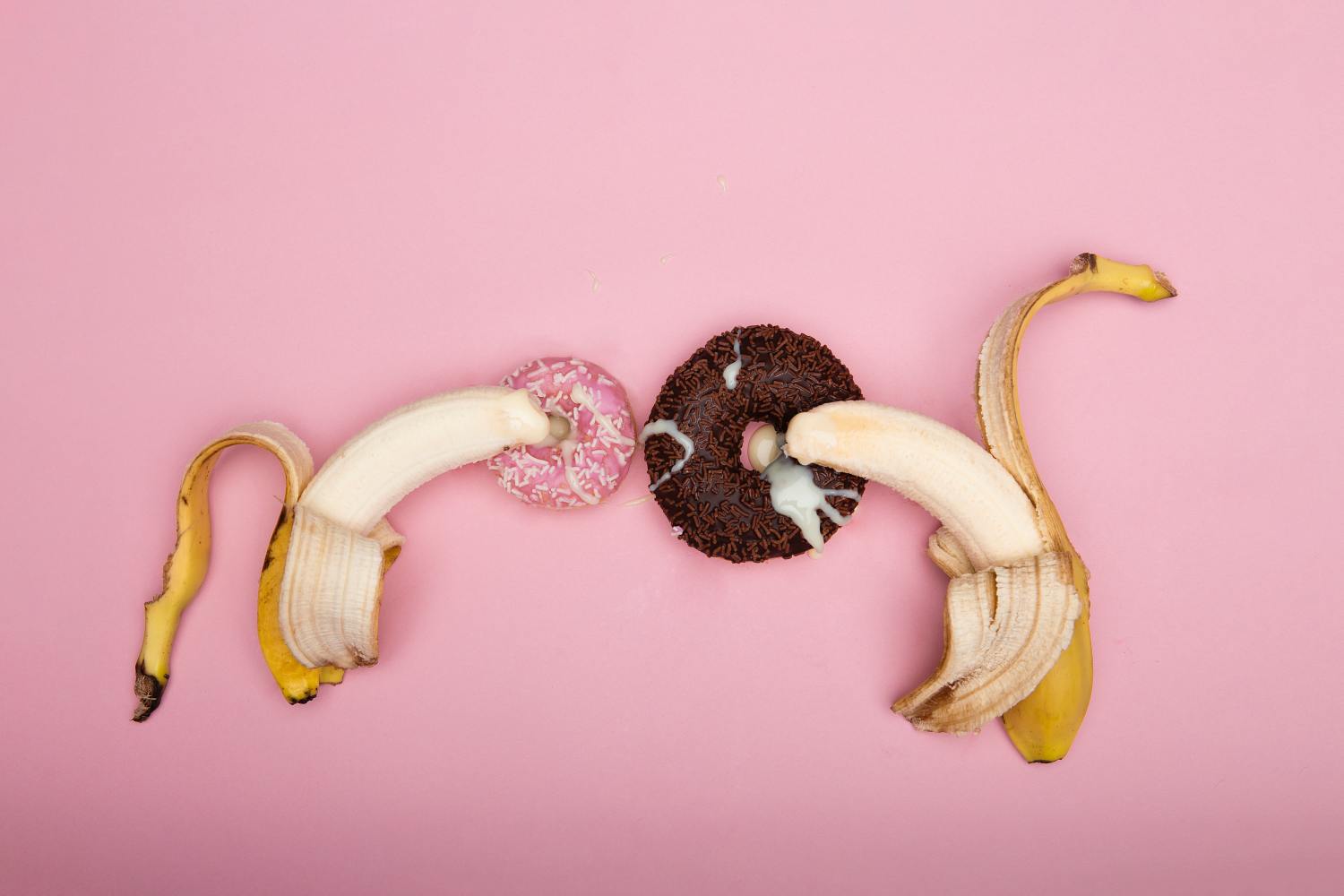 The manufacturer speaks of carefree sexual intercourse without side effects on its website. Elsewhere it points out that the flexible sticker should not be used in practice to prevent pregnancy or to protect against sexually transmitted diseases.

In any case, many experts agree that the greater feeling of freedom, in this case, comes at the cost of considerable risk.

While a condom provides reliable protection against pregnancy and sexually transmitted diseases, this is not the case with stickers. Even the manufacturer claims that as the small print on the website reads: "Jiftip does not replace condoms. Don't risk it," the company writes as Jiftip is merely a prototype.

As it turns out, Jiftip wants the sticker only to be used in the questionable "coitus interruptus" and not as a birth control method. If an orgasm occurs, the sticker should be removed from the tip of the penis shortly beforehand to prevent negative consequences from the backlog of semen.

It Can Cause Irritation Removing the sticker from the sensitive glans is anything but "easy," and the adhesive could also cause irritation.

According to the manufacturer's website, the Jiftip is not suitable for everyone. If you read carefully, it says that the sticker should only be used in the context of coitus interruptus and should be removed from the tip of the penis shortly before orgasm.

Ejaculation with a Jiftip glued on is expressly not recommended since, in the worst case, this could cause significant pain due to the back pressure. In addition, the powerful adhesive can sometimes cause skin irritation.

Other Issues With This Innovation For Safe Sex Just the idea of the ejaculate being trapped in the penis is anything but pleasant.

Although it is not harmful if the semen does not drain, experts warn that it could lead to blockages or inflammation in the semen duct in the worst case.

Another "Revolutionary" Product: The Galactic Cap 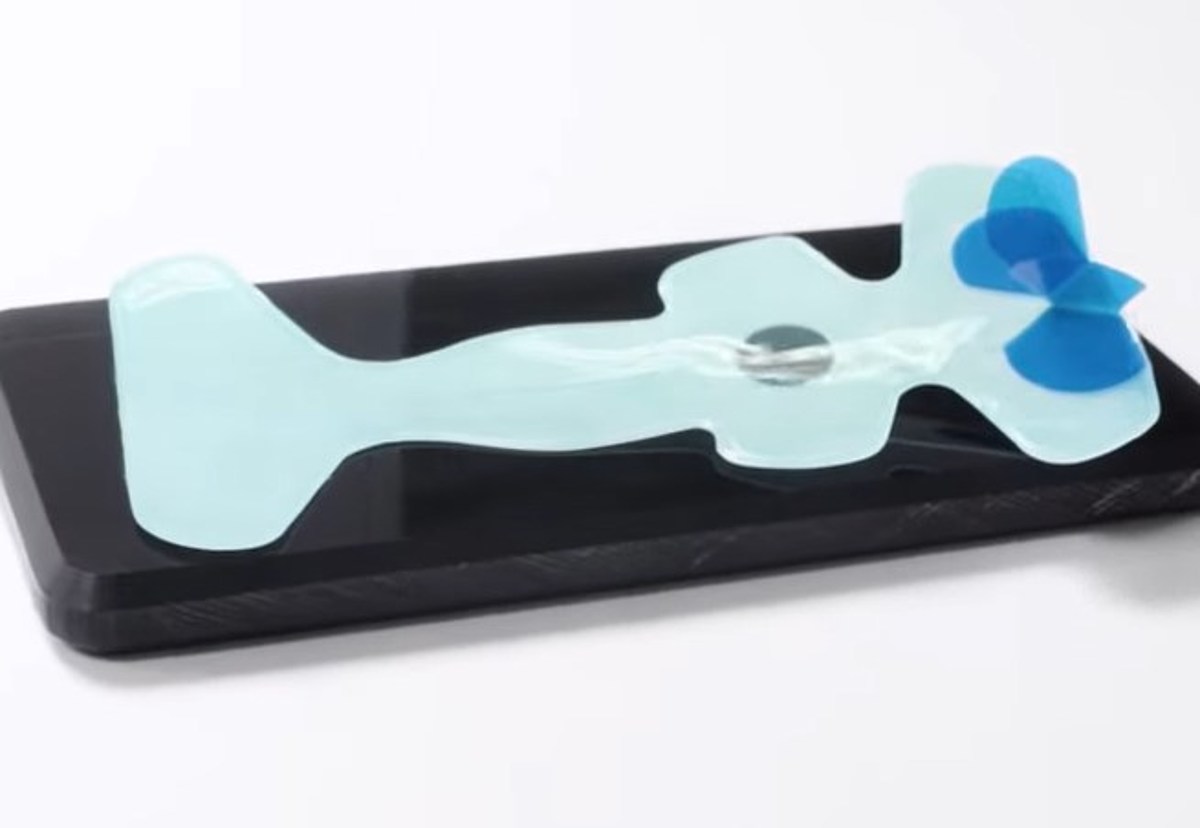 Just like the Jiftip, Galactic Cap is a new concept of condoms. But, it promises to offer the same or even more protection against pregnancy than traditional condoms.

The mechanism is similar to that of Jiftip. The man must put on a small sheet of self-adhesive plastic in the first place. Then, on top of it, a kind of contact lens perfectly adhered. This cap collects the fruit of love in a clean and safe way while the rest of the male organ is left out in the open and exposed to the beautiful sensations of intercourse.

The downside is that it offers little to no protection against sexually transmitted diseases.

Condom Is Still The Safest 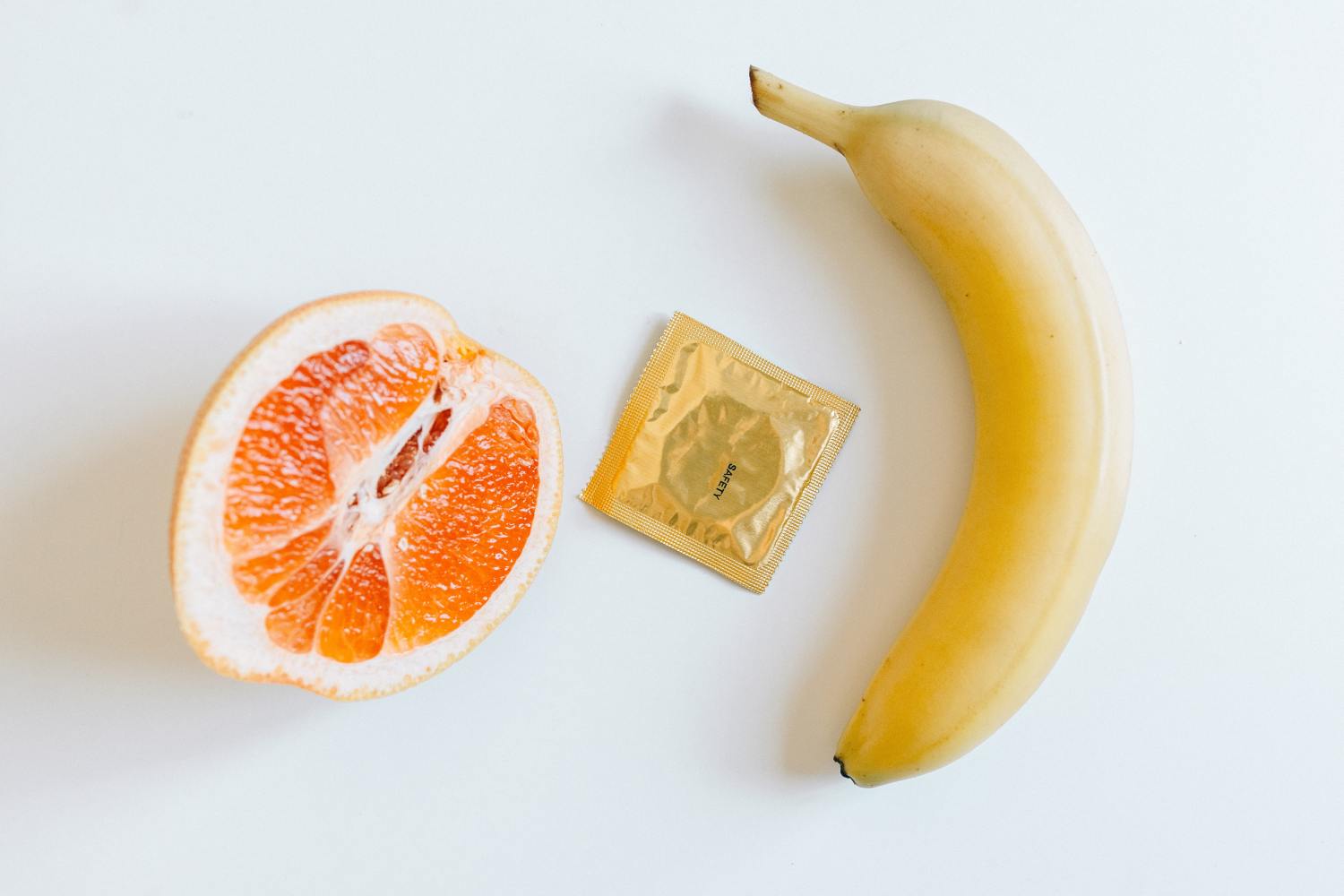 The creative sticker is between the condom and the complete absence of protection as far as safety is concerned. It should, therefore, by no means be seen as an alternative to the tried and tested condom, even if it is not quite the right feeling.

There is no 100% protection from unwanted pregnancy or STD. However, condoms are the only type of birth control that prevents pregnancy and STDs simultaneously, with the highest protection rate.

The bottom line: Contraception and protection from STDs are no fun. Keep your hands off such gimmicks, and just use condoms!