A California family of three dads makes history for being the first in the US to have all of their names listed on their daughter's birth certificate.

The trio recently made legal history when a judge agreed to put their names on the birth certificate of their daughter, Piper.

This is Major for Polyamorous Families 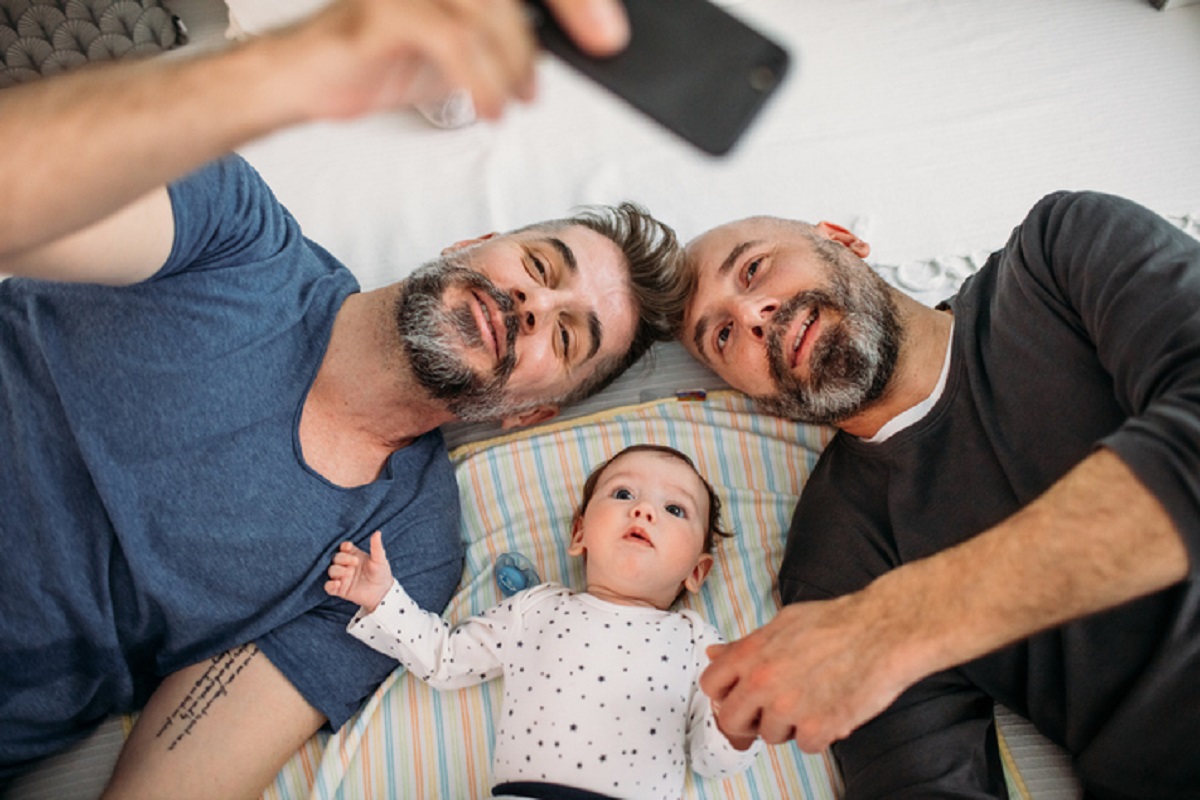 Ian and Alan have been together for more than 17 years. And they've been with their partner, Jeremy, for eight.

Jeremy is known to the kid as 'daddy,' while Alan is 'dada' and Ian is 'papa.'

Ian, a specialist in hospital medicine and a university professor, describes their 'unique family' set up as 'just three tame, regular people who spend a lot of time talking about what to have for dinner.'

And they are aware that their more 'unconventional' arrangement means creating a unique family structure.

Speaking of their kids, Ian explained:

"One of [Jeremy's] friends offered us the embryos they had left from making their family through IVF but couldn't use."

"We had the option to adopt the embryos and make the decision to raise a unique family."

"But we did have a slight attention to the fact that our kids might be perceived differently. We didn't want them to become a target of teasing or bullying or online abuse."

So Far, Everyone Has Been 'Super Supportive'

Ian explained that instead of facing pushback from people who don't understand a relationship between three men, everyone has been great about it.

"We've had zero pushback from anyone in our professional and personal lives."

"Our oldest now is in preschool, and the other parents and kids are like, 'Cool! Tell us that story.'"

Starting a Family, However, Wasn't Easy

In California, there are laws that dictate who could and couldn't use surrogacy to start a family.

In The Morning Show, Alan explained:

"So with surrogacy, you have to have a parentage order from the court, declaring who will be the legal parents."

"At the beginning, we weren't sure that we could all three of us on the birth certificate, so it became a court process."

"We argued in court – it was a pretty interesting, tense courtroom scene. At first, it seemed we were not going to be granted that, so we asked to speak in court and pled out our viewpoint. And the judge ultimately changed her mind and granted us legal parentage for our child before she was born."

How Do Ian, Jeremy, and Alan Navigate Parenthood?

When it comes to parenting, 'continuous conversation is the key to a healthy, polyamorous relationship.'

"When our oldest develops the ability to have a tantrum like a reactor breaking down in Chernobyl, we all have to be on the same page."

"What's the best approach? How much time for a time out? What do you call it? Does the parent need help or is it adding fuel to the fire?"

The three are currently navigating a familiar phase — that of the 'favorite parent.'

"Piper has a favorite parent, and that's Jeremy."

"There are many times it's been harder for me to connect with her because she wants Daddy."

"We've developed a strategy for evenings, so Jeremy doesn't feel worn out, and I get to share in the joys of having her."

"We all have a different role. Right now, one of the best things is teaching her reading."

Ian Has Written a Book about Their Experience

The trio's reproductive journey and legal battle to become fathers to Piper is detailed in the book called Three Dads and a Baby.

"We wanted everyone to know that love makes a family and families may look different. But if you care about your kids and you're doing everything you can to give them the best possible childhood – that's what matters."

Ian's book also advises on what to do when your child prefers daddy over dada or papa.

It also details the positive sides, such as three incomes and three people doing night feeds.