Following the news of a second lockdown in the UK, Burger King shared a statement urging customers to support their rivals, including KFC, Pizza Hut, Subways and Greggs.

"We never thought we'd be asking you to do this."

"Just like we never thought we'd be encouraging you to order from KFC, Subway, Domino's Pizza, Pizza Hut, Five Guys, Greggs, Taco Bell, Papa John's, Leon... or any of the other independent food outlets, too numerous to mention here."

"In short, from any of our sister food chains (fast or not so fast).

"We never thought we'd be asking you to do this, but restaurants employing thousands of staff really need your support at the moment."

"So, if you want to help, keep treating yourself to tasty meals through home delivery, takeaway, or drive-thru."

"Getting a Whopper is always best, but ordering a Big Mac is also not such a bad thing."

We know, we never thought we’d be saying this either. pic.twitter.com/cVRMSLSDq6

The unusual stunt has got everyone talking, with many social media users praising the food chain.

"I've always liked Burger King, and stuff like this makes me respect you and your brand even more! I wish more companies would be like you."

"Burger King, thank you and thank you to all diners. Not only in our Huts but those up and down the high street and in their own homes who have continued to support food outlets big and small.

"We'll get through this together, and until then, stay safe."

Burger King then followed up the original post with one tagging a bunch of burger joints.

While the marketing stunt has received quite an applause, not everyone is buying the 'kind corporation' narrative.

However, you know what they say—there's no such thing as bad publicity.

"LMAO. These are multibillion dollar corporations. Order from the local guy down the street, not these clowns."

"McD's are franchises - so while the main organization is huge, individually the restaurants are still small businesses." 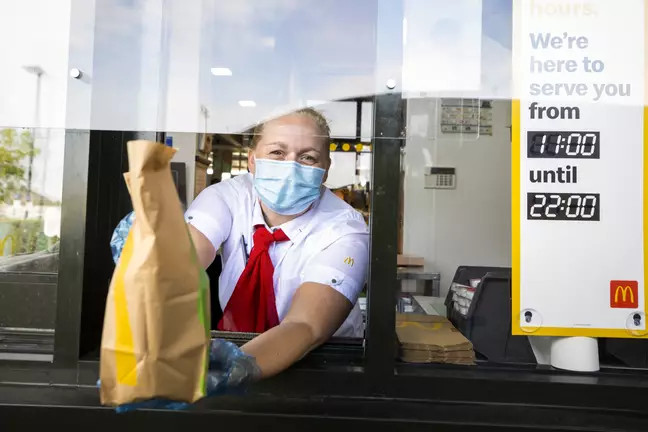 Burger King is no stranger to mentioning its fast-food rivals on social media. And McDonald's is its usual target.

The food chain recently introduced voice-recognition software in some restaurants that made Ronald McDonald appear in washroom mirrors if a patron said 'canceled clown' three times.