The line between cheeky marketing and going full tone-deaf is a thin one. Burger King learned it the hard way after awakening the rage of Twitter users.

Their ad for a $25,000 scholarship did not land well on social media and the fast-food giant had to step back.

Good Intentions Are Not Enough

The funniest thing about the Burger King "tweet" is that it clearly wasn't just a tweet. This was a whole international campaign that the UK timezone just got first. They can decide against tweeting it from the US account but they couldn't pull the New York Times ad fast enough🤷‍♂️ pic.twitter.com/i4EvOCdFDF

On International Women's Day, Burger King launched a scholarship to promote gender equality in restaurants. The marketing side of it, though, went all wrong.

"Women belong in the kitchen."

The same sentence also appeared on a full-page ad in the New York Times.

As a campaign for a scholarship program with the "mission to change the gender ratio in the restaurant industry," did not go great.

The intent of Burger King was not sexist, but people did not appreciate the joke. This is a perfect example of attempted clickbait biting back.

The sexist tropes, even if used ironically, fell flat for most Twitter users. Especially on International Women's Day, this kind of content was not welcome.

At first, the company tried to justify its choice. Eventually, Burger King had to apologize and admit the mistake.

"We hear you. We got our initial tweet wrong, and we're sorry. Our aim was to draw attention to the fact that only 20% of professional chefs in UK kitchens are women and to help change that by awarding culinary scholarships. We will do better next time. We decided to delete the original tweet after our apology. It was brought to our attention that there were abusive comments in the thread, and we don't want to leave the space open for that." 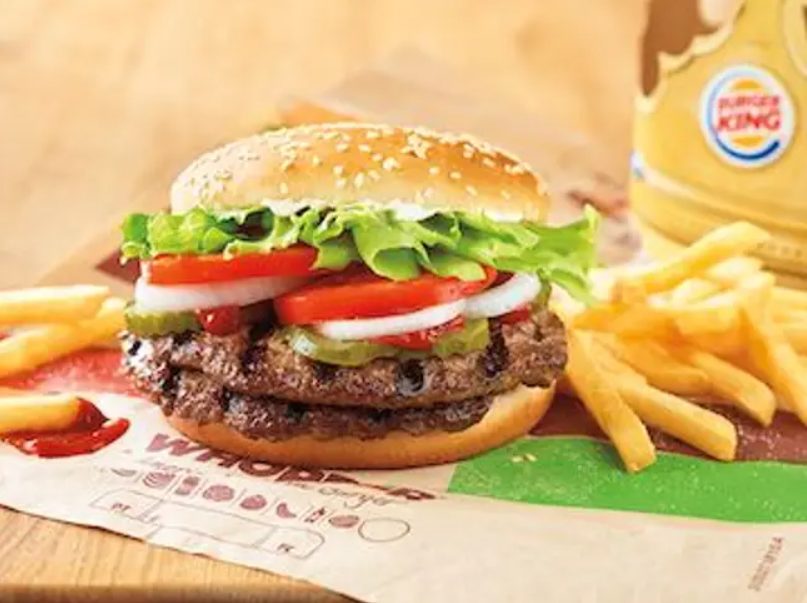 The promotional campaign also included an ad in the New York Times printed edition. While the newspaper did not disclose the cost, according to an estimate, it could be around $65,000.

Under the same criticized line, the ad continued:

"Fine dining kitchens, food truck kitchens, award-winning kitchens, casual dining kitchens, ghost kitchens, Burger King kitchens. If there's a professional kitchen, women belong there. But can you guess who's leading those kitchens these days? Exactly. Women occupy only 24% of chef positions in America. Want to talk to head chefs? The number drops to fewer than 7%."

A Scholarship For Equality In Restaurants

The scholarship indeed shows a will to do good. Promoted by the Burger King Foundation, it consists of

"At least two (2) H.E.R. Scholarship awards of $25,000 granted to the most qualified employees from the pool of eligible and submitted applicants."Recipients will be chosen from the Burger King Scholars pool of both Burger King Employee-Based Track and employees pursuing an enrichment program applicants.

For sure, the busted marketing campaign caught people's attention. Maybe among them is a powerful woman who will soon take the cooking industry by storm.