During the Dinosaur Roundup Rodeo in Utah, a furious bull gored and stomped a woman, throwing her "like a rag doll."

The woman was trying out for a bubble ball bull racing competition rodeo. The contestants should race around the arena and then return to the start to win $500.

The event started when several people entered the bullring in inflatable bubbles, racing across the Dinosaur Roundup Rodeo arena in Vernal.

Things got twisted when the organizers released a vicious bull into the ring. 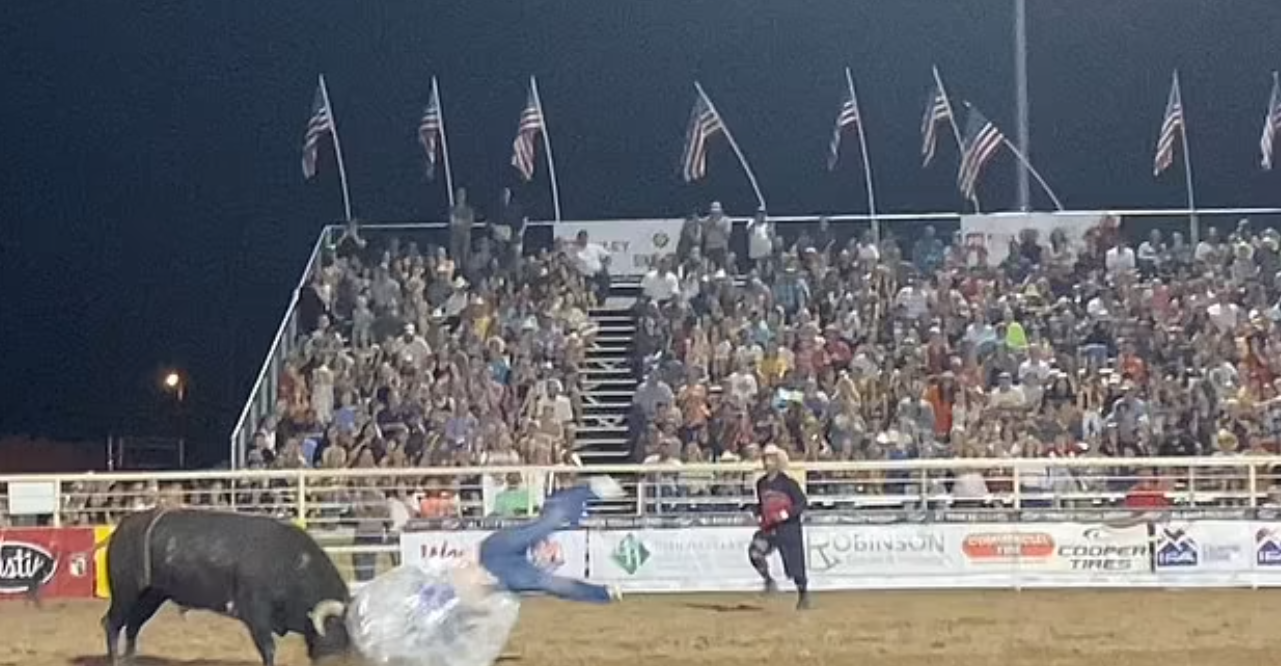 Soon, the audience was left in shock. The bull attacked for the first time by tearing through the racer's bubble, bursting it before the bull veers around, looking for its next victim.

Many took the videos, and a person is heard screaming: 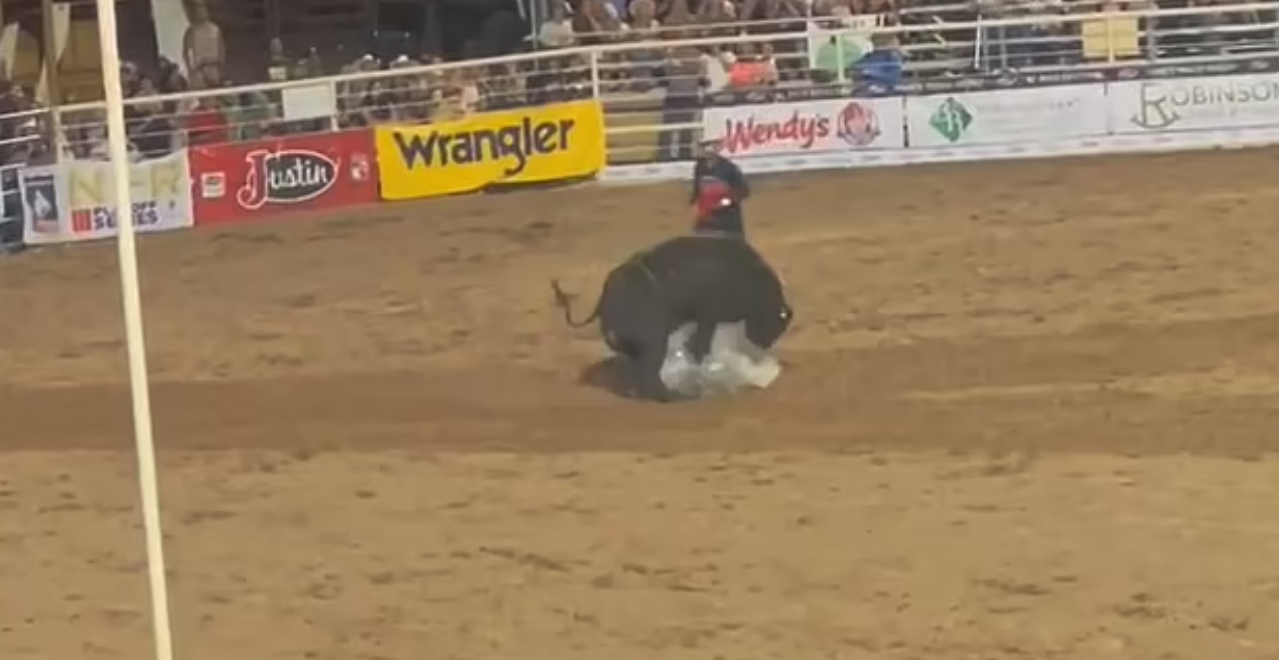 The organizers escorted the first victim. The bull then found the second victim, throwing them across the sand.

The animals knocked down volunteers and two more competitors before turning to his second victim, a woman who was thrown to the sand.

The bull gored the woman with its horns several times. 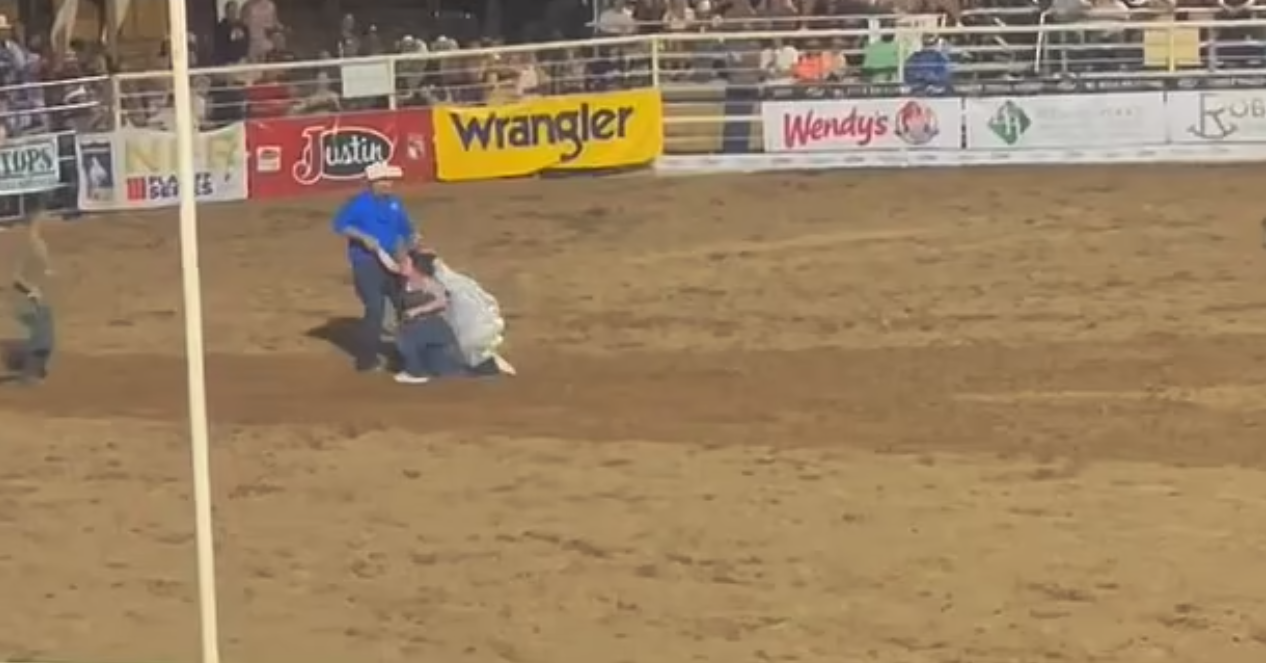 A person from the audience, Emma, said that the female victim appeared to have a wound in the stomach area. Emma said:

"When we initially saw them come out, we were all laughing, saying we wished we'd signed up since it just looked like they'd be racing in bubble balls." 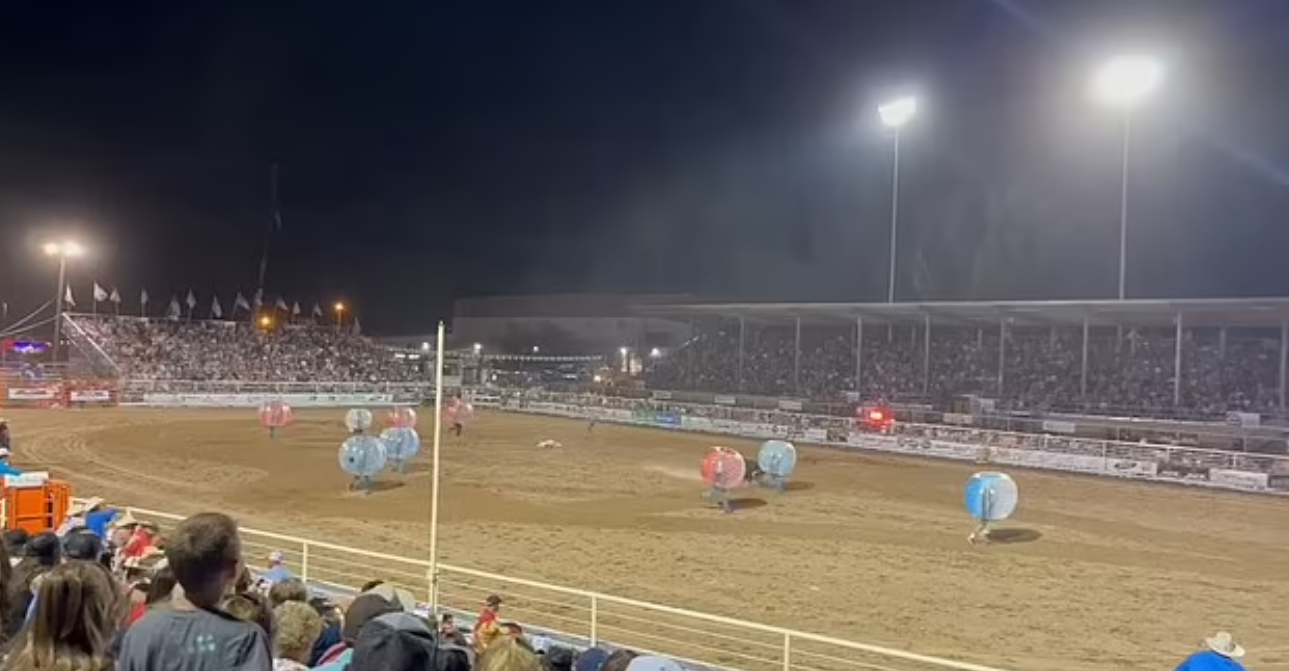 "The goal was to run across the field and back in the ball, but about halfway through, they let the bull out. All of our jaws dropped at this point. Almost immediately, the bull started charging the different people running."

The audience clearly did not know that the bull would be let out. 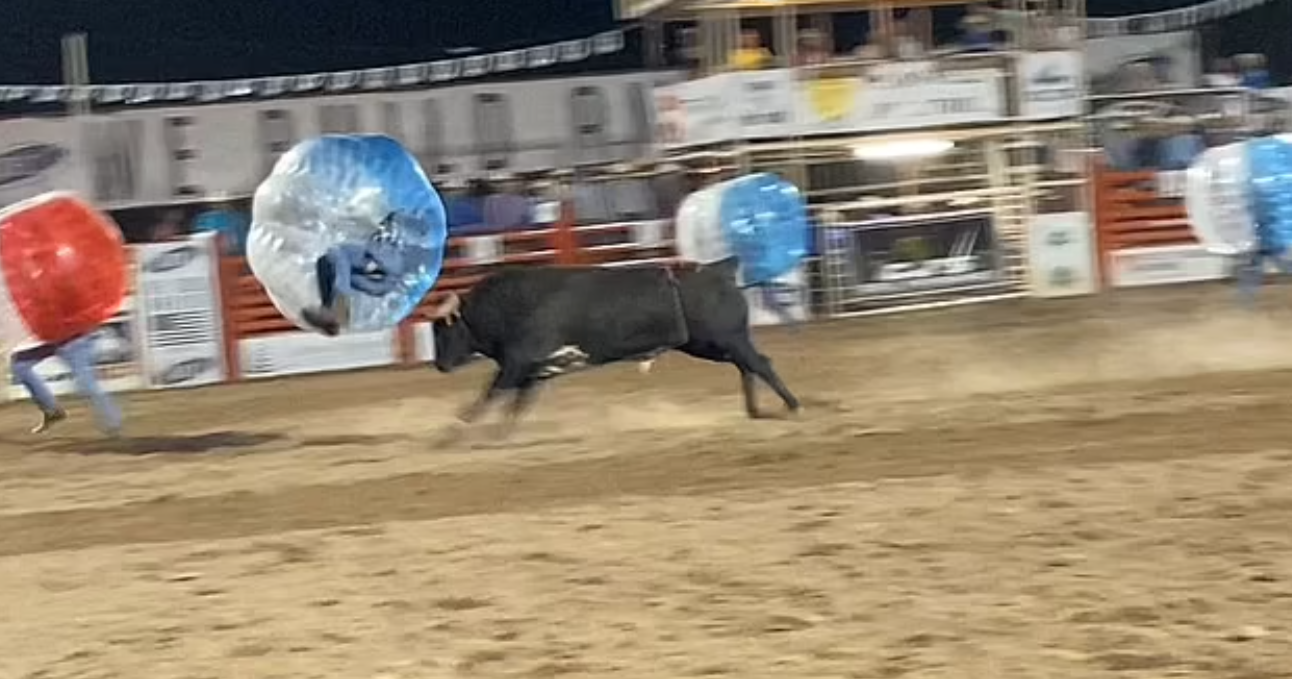 Jared Hays, also a spectator, said that "It was funny – until it wasn't," adding:

"The lady at the end got the worst of it, and I sure hope she's okay. She could hardly get back up but finally did with the help of two men who came to her."

The racers were untrained volunteers from the audience, as another person from the audience said, they "were literally getting ripped up and thrown in the air. No padding, no helmet, nothing." 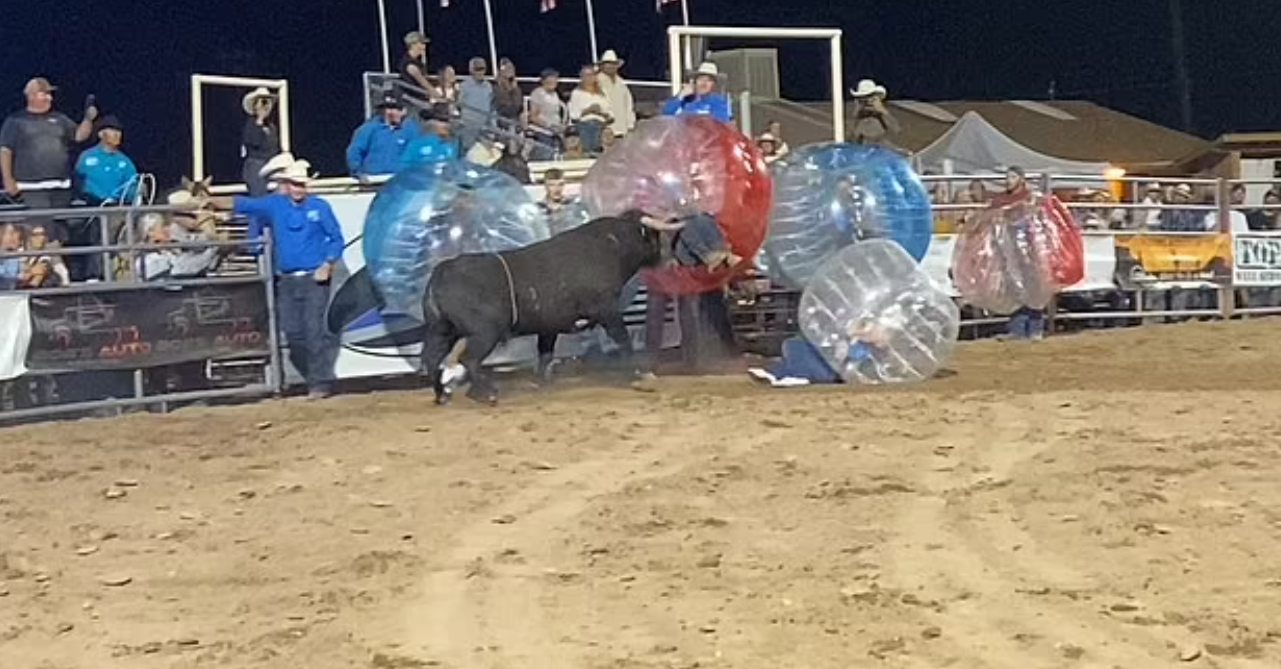 Emma said the event now seems stupid, as "it's a danger to the people involved as well as the bull."

The organizers of Dinosaur Roundup Rodeo did not comment on the incident. Ashley Regional Medical Center, a nearby hospital, was also contacted, but they did not give away any information, DailyMail reports.