Getting a promotion is one of the BEST feelings in the world, usually... 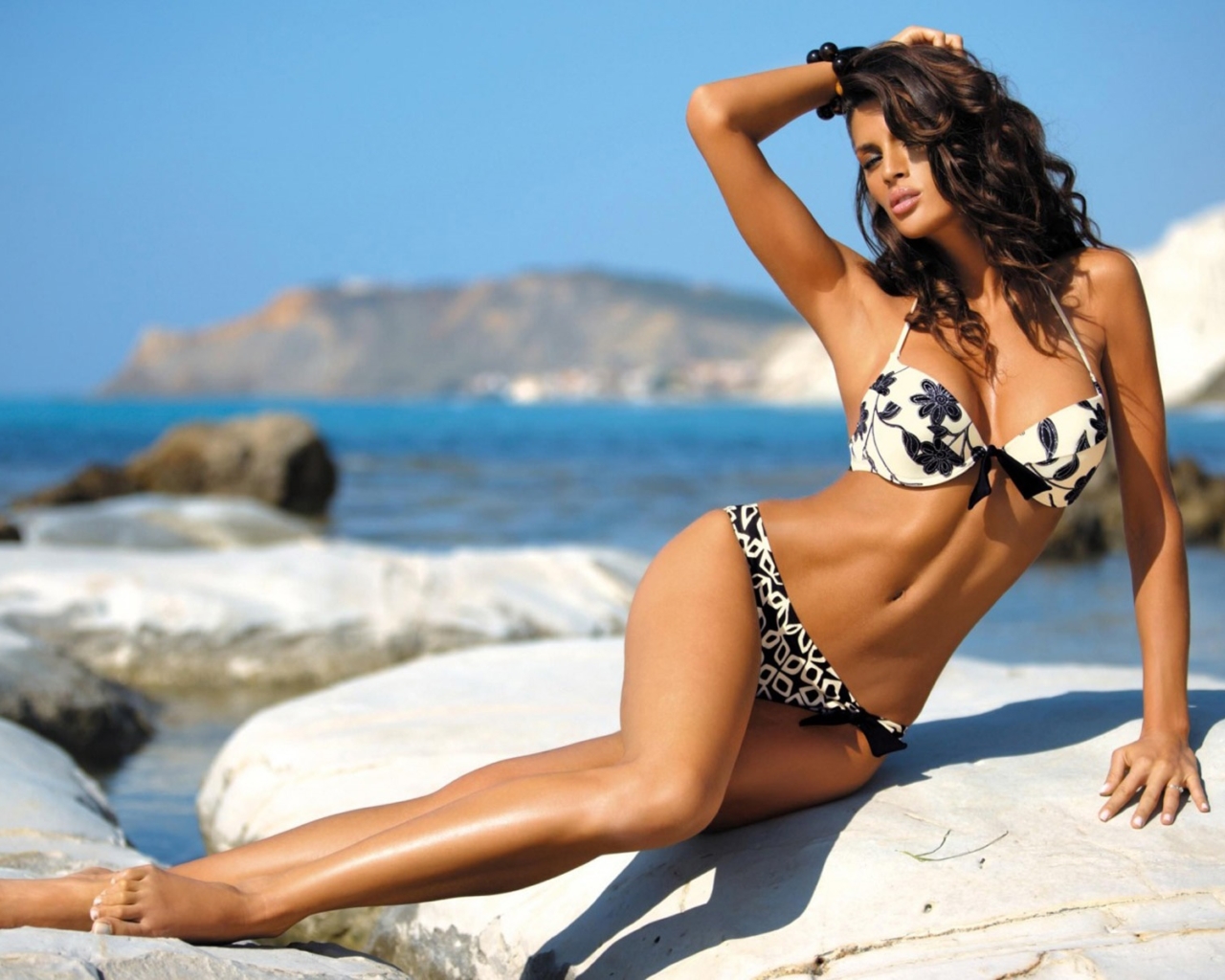 The new hooker had just finished her first trick. When she came back down the street, the seasoned veterans gathered around to hear the details. She said, "Well, he was a big, muscular, handsome marine." "Well? What did he want to do?" they all asked. She said,

She paused, raised her eyebrows, and then continued:

"Then I put the first hand above the second hand..."

"Oh my God!" they all exclaimed, "it must have been huge! Then what did you do?" 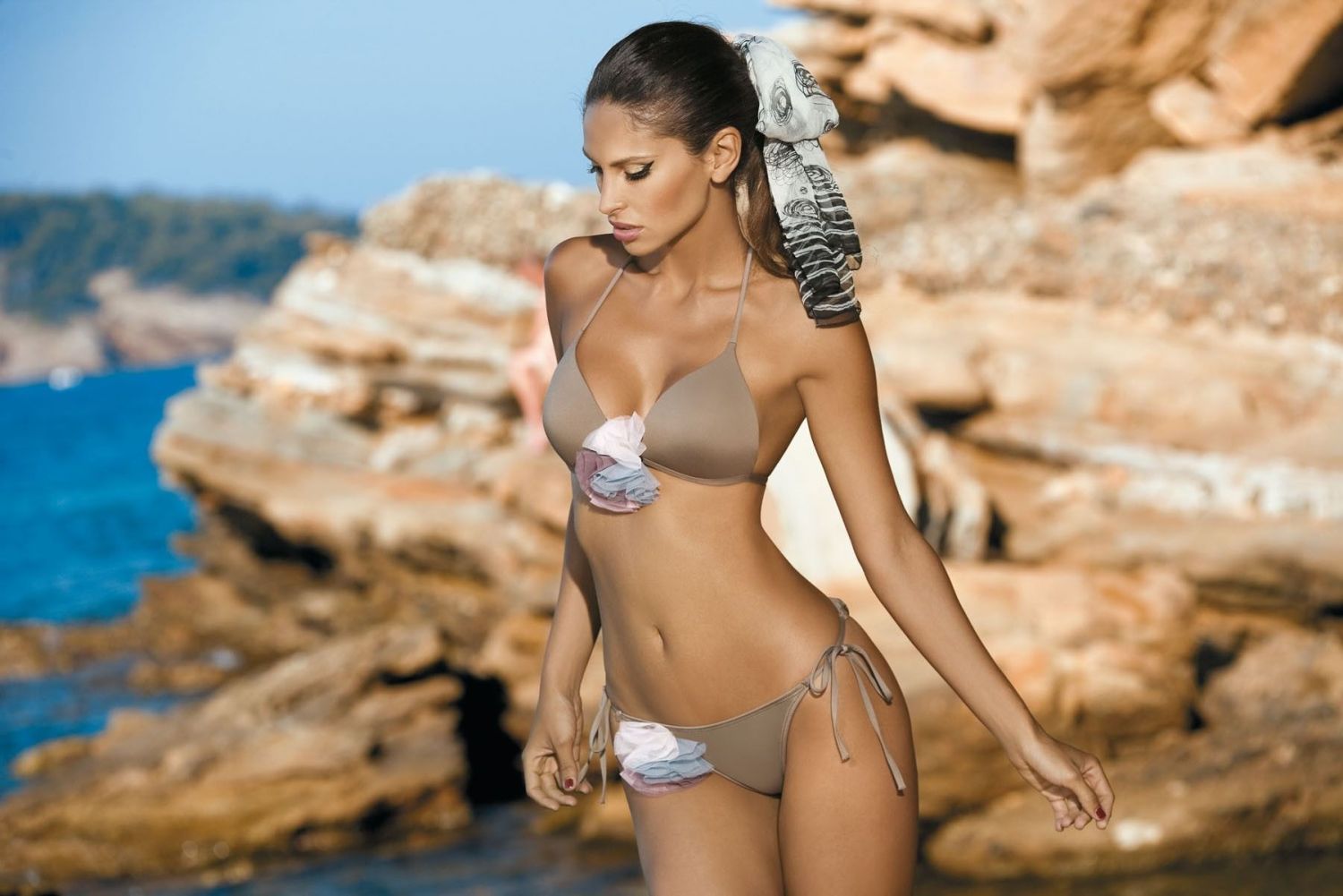 Two Scottish nuns have just arrived in the USA by boat, and one says to the other, "I hear that the occupants of this country actually eat dogs."

"Odd," her companion replies, "but if we shall live in America, we might as well do as the Americans do."

Nodding emphatically, the Mother Superior points to a hot dog vendor, and they both walk toward him.

"Two dogs, please," says one. The vendor is only too pleased to oblige, and he wraps both hot dogs in foil. Excited, the nuns hurry over to a bench and begin to unwrap their 'dogs.'

The Mother Superior is the first to open hers. Staring at it for a moment, she leans over to the other nun and whispers cautiously, "What part did you get?" 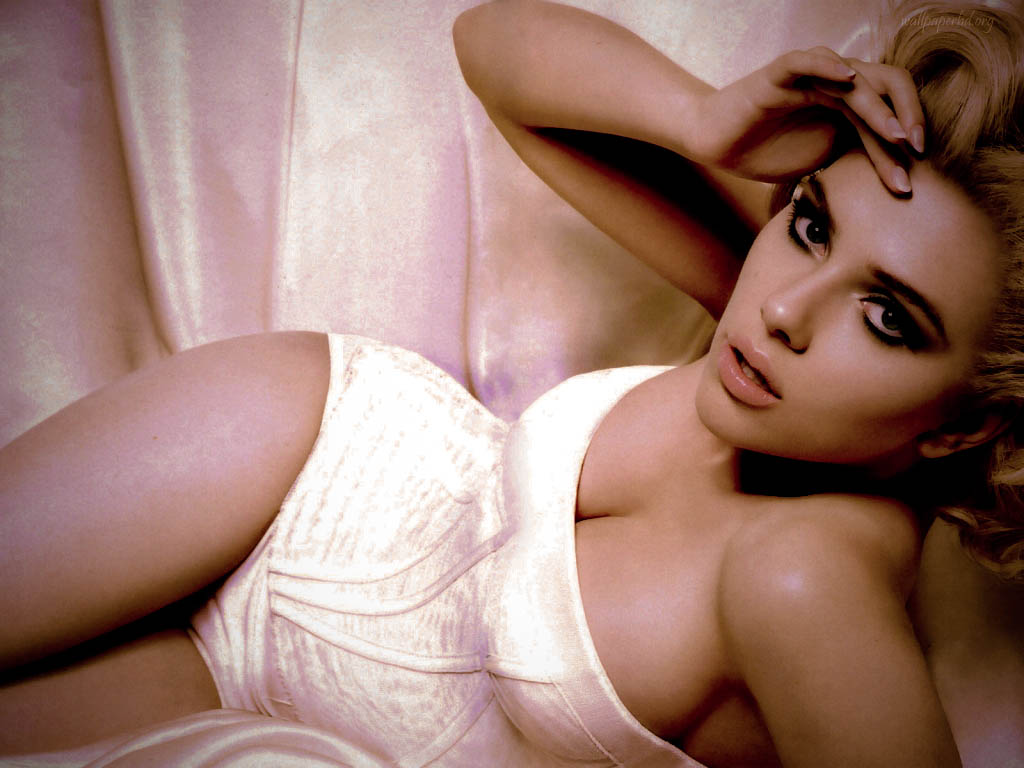 An old man is sitting on the park bench crying. Another old man sits beside him and says, "Hey buddy, what's the problem?"

The old man wipes the tears from his eyes and explains, "I've got this beautiful, 35-year-old wife, and all she wants to do is make love from the moment I walk in the door till the moment we go to sleep and then when we wake up again."

"So, what the hell is the problem?"

"You don't understand... I forgot where I live!" 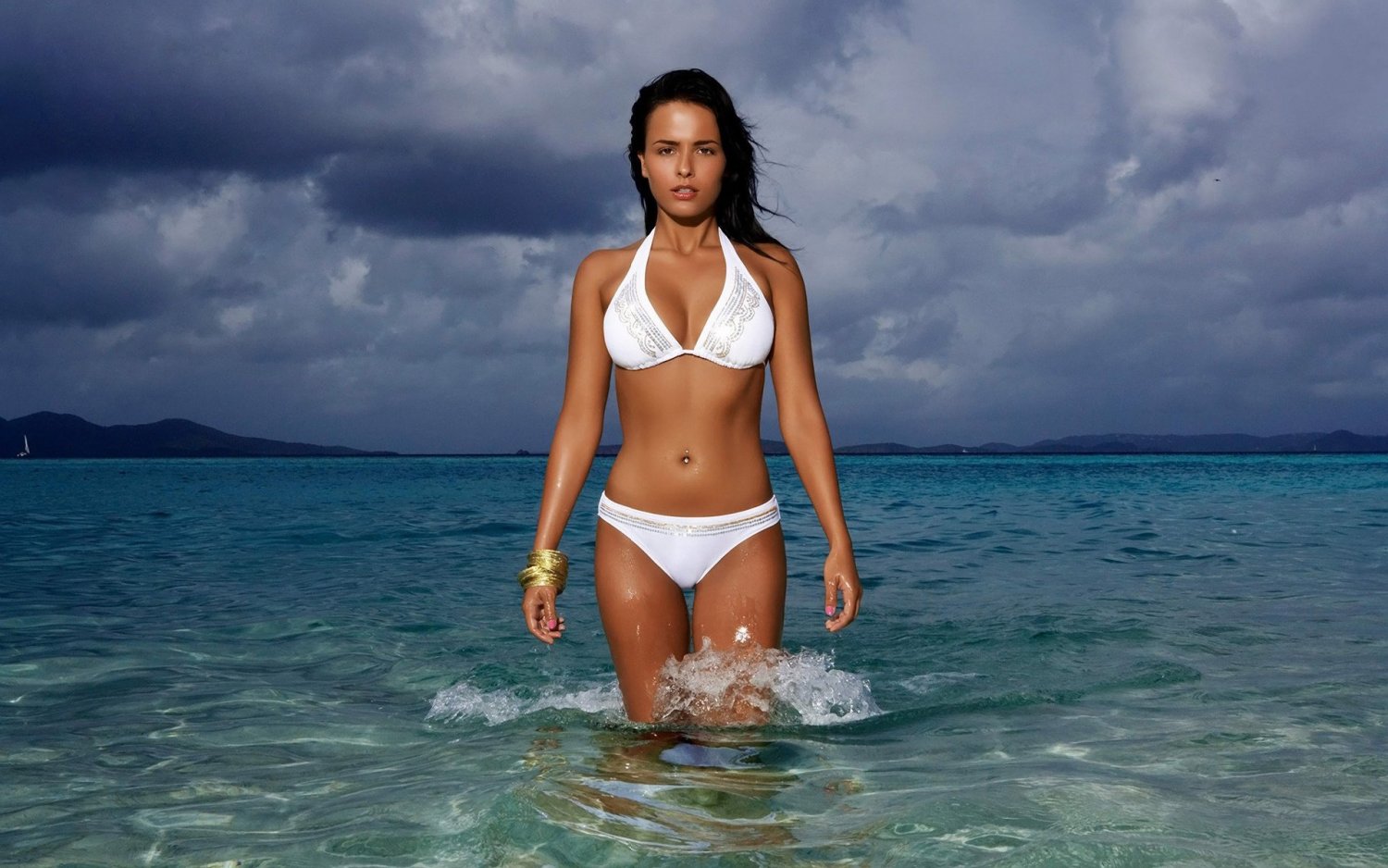 Two lawyers had been stranded on a deserted island for several months. The only other thing on the island was the tall coconut tree that provided them with their food. Each day, one of the lawyers climbed to the top of the tree to see if he could see a rescue boat coming.

One day, the lawyer yelled down from the tree, "Wow! I can't believe my eyes! I don't believe this is true!" The lawyer on the ground was skeptical and said, "I think you're hallucinating, and you should come down right now."

So, the lawyer reluctantly climbed down the tree and told his friend that he had just seen a naked blonde woman floating face up, headed toward their island.

The other lawyer started to laugh, thinking his friend had surely lost his mind. But, within a few minutes, up to the beach floated a naked blonde woman, face up, totally unconscious.

The two lawyers went over to her, and one said to the other, "You know, we've been on this island for months now without a woman. It's been a long time...do you think we should....you know..... screw her?"

The other lawyer glanced down at the totally naked woman and asked..."Out of what?" 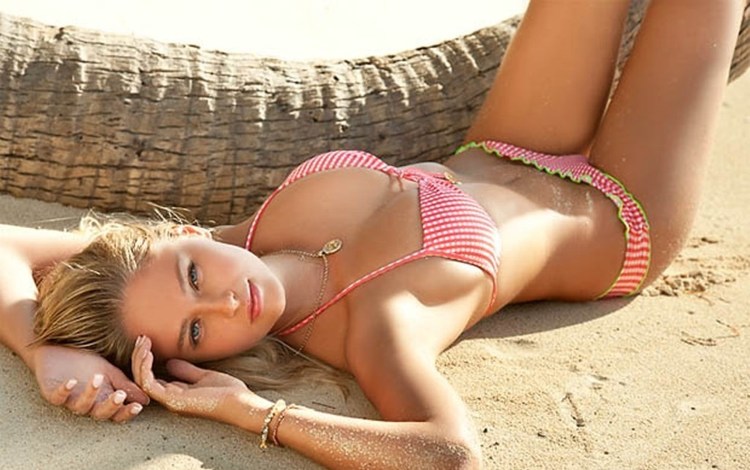 Bob joins a very exclusive nudist colony. On his first day, he takes off his clothes and starts wandering around. A gorgeous petite blonde walks by him, and the man immediately gets an erection.

The woman notices his erection, comes over to him, grinning sweetly, and says: "Sir, did you call for me?" Bob replies: "No, what do you mean?"

"You must be new here; let me explain. It's a rule here that if I give you an erection, it implies you called for me."

Smiling, she then leads him to the pool side, lays down on a towel, eagerly pulls him to her, and happily lets him have his way with her. Bob continues exploring the facilities. He enters a sauna, sits down, and farts. Within a few seconds a huge, horribly corpulent, hairy man with a firm erection lumbers out of the steam towards him.

The Huge Man: "You must be new here; it is a rule that when you fart, it implies you called for me."

The huge man then easily spins Bob around, bends him over the bench, and has his way with him. Bob rushes back to the colony office.

The smiling naked receptionist greets him: "May I help you?" Bob says: "Here is your card and key back. You can keep the $500 joining fee."

Receptionist: "But Sir, you've only been here a couple of hours; you only saw a small fraction of our facilities..." 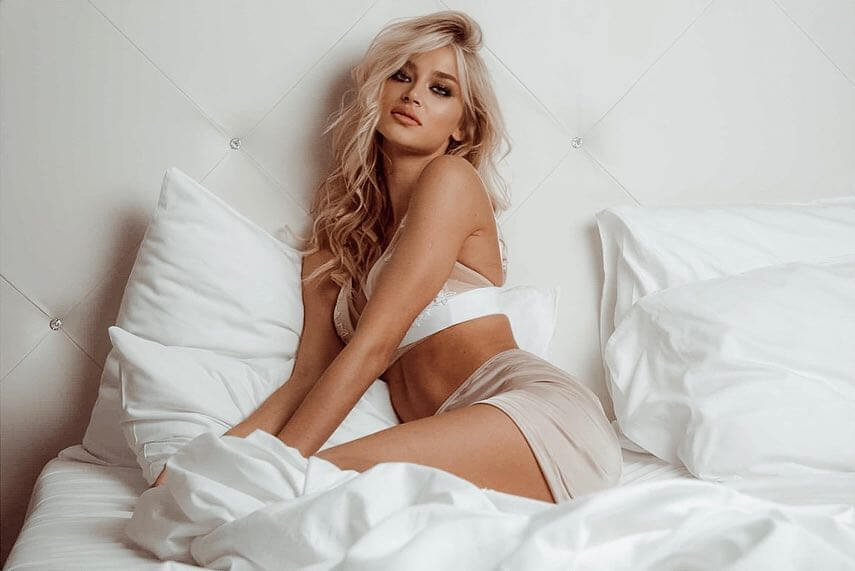 A man met a beautiful lady and decided he wanted to marry her immediately. She said, "But we don't know anything about each other."

He said, "That's all right, we'll learn about each other as we go along."

So she consented, and they were married and went on a honeymoon to a very nice resort.

So one morning they were lying by the pool, when he got up off of his towel, climbed up to the 10 Meter board, and did a two-and-a-half tuck gainer, this was followed by three rotations in jackknife position, where he straightened out and cut the water like a knife. After a few more demonstrations, he returned and lay down on the towel.

She said, "That was incredible!"

He said, "I used to be an Olympic diving champion. You see, I told you we'd learn more about ourselves as we went along."

So she got up, jumped in the pool, and started doing laps. After about thirty laps, she climbed back out and lay down on her towel, hardly out of breath.

He said, "That was incredible! Were you an Olympic endurance swimmer?"

"No." she said, "I was a hooker in Venice and I worked both sides of the canal."

In the middle of his honeymoon, the young hillbilly bridegroom leaves his bride back at the hotel and shows up at his parent's house completely distraught.

His father asks him, "Son, why you not with you bride on you honeymoon?".

The boy replies, "Daddy I was jus' gettin ready to love my bride when she tell me she want me to know she a virgin. So I come to ask what do I do?".

The father says, "Boy don' be tellin me you don' know what do wid a womin, specially a virgin."

The boy says, "Daddy, course I knows what to do wid a woman, but dis be ma wife."

The father replies, "So what difference dis make?"

To which the son says, "Well daddy, I jus got to figure if she ain't good nuff for her own family she shore ain't good enough for ours!" 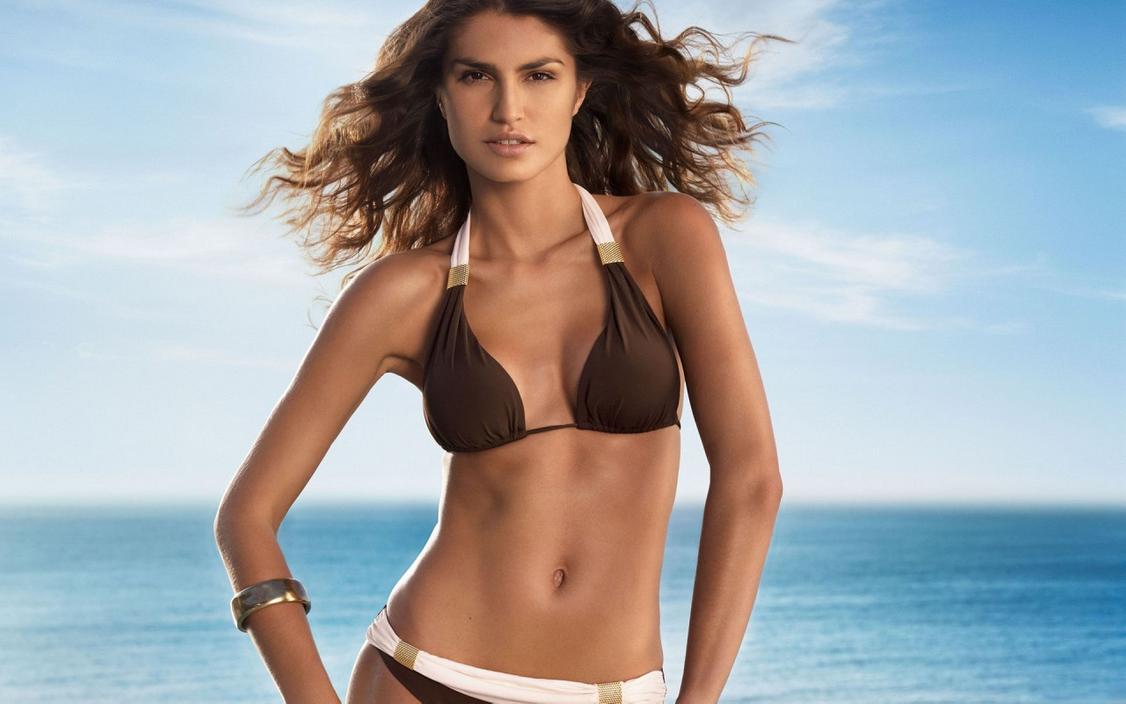 Suddenly a woman appears out of nowhere. She blocks her path to her golf bag and looks at her, and says, "I'm Mother Nature, and I don't like the way you treated my buttercups. From now on, you won't be able to stand the taste of butter. Each time you eat butter, you will become physically ill to the point of total nausea."

The mystery woman then disappears as quickly as she appeared.

Shaken, the wife calls out to her husband, "Hey, where's your ball?" He responds by yelling, "It's over here in the pussy willows."

Hip to the Times 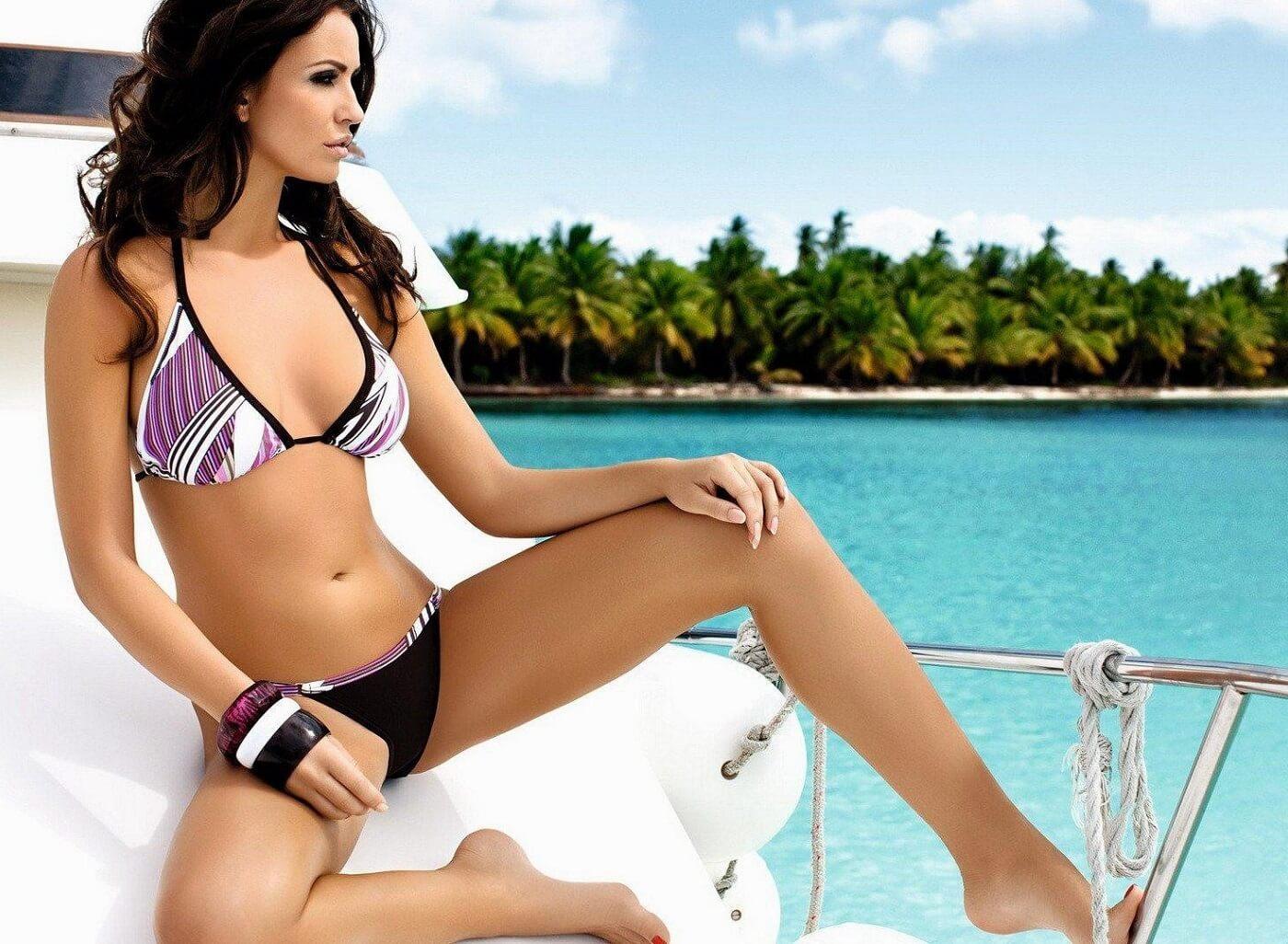 The teenage granddaughter comes downstairs for her date with this see-through blouse and no bra. Her grandmother just has a fit, telling her not to dare go out like that.

The teenager tells her, "Loosen up, Grams. These are modern times. You gotta let your rosebuds show!" and out she goes.

The next day the teenager comes downstairs, and the grandmother is sitting there with no top on. The teenager wants to die. She explains to her grandmother that she has friends coming over and that it is just not appropriate.

"Loosen up, sweetie. If you can show off your rosebuds, then I can display my hanging baskets." 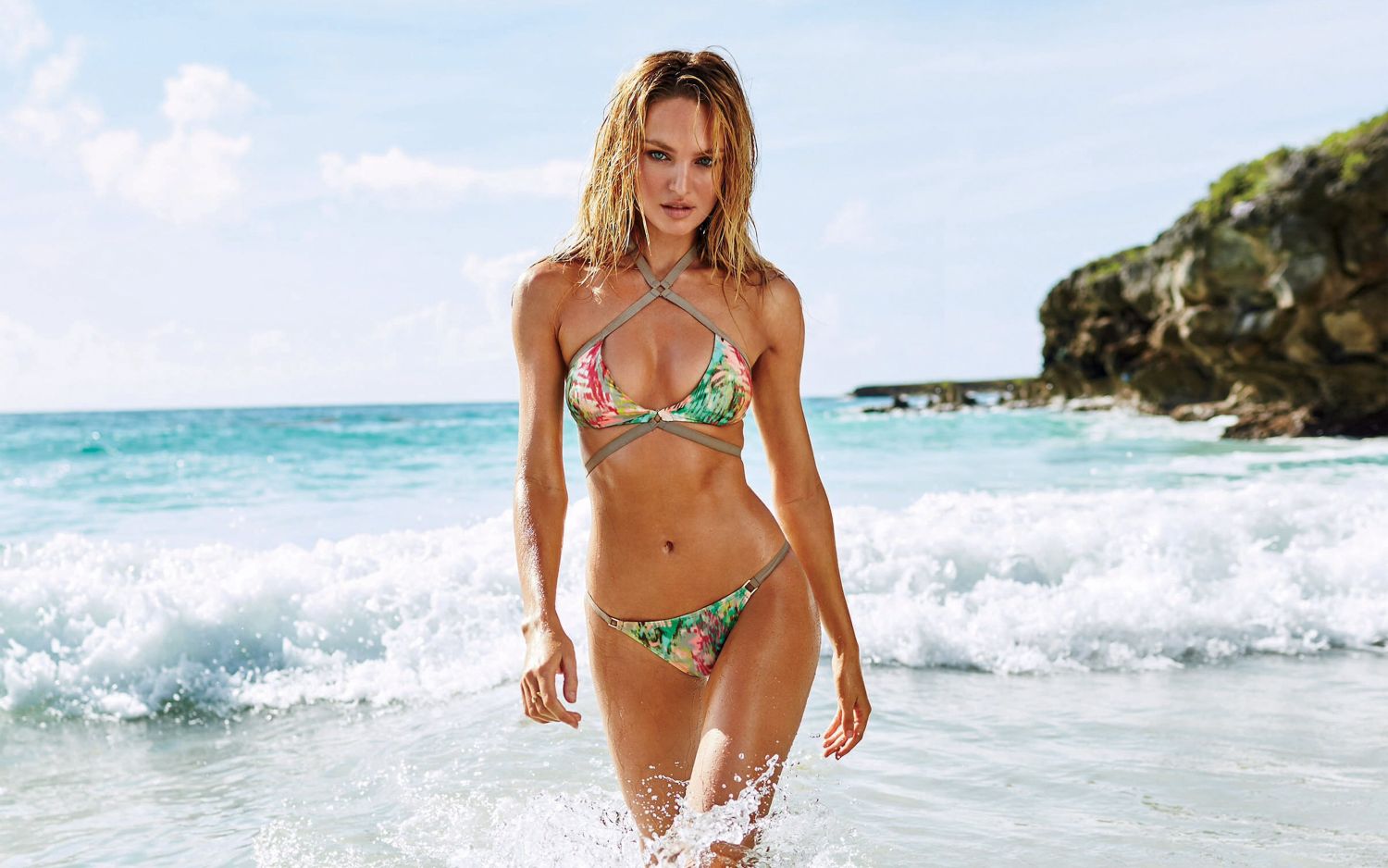 After arriving home from a shopping trip, a wife was horrified to find her husband in bed with a lovely young woman. Just as the wife was about to storm out of the house, her husband stopped her with these words: "Before you leave, I want you to hear how this all came about."

"Driving along the highway, I saw this young woman looking tired and bedraggled, so I brought her home and made her a meal from the roast beef you had forgotten in the refrigerator. She had only some worn sandals on her feet, so I gave her a pair of good shoes you had discarded because they had gone out of style. She was cold, so I gave her a sweater I bought you for your birthday that you never wore because the color did not suit you. Her pants were worn out, so I gave her a pair of yours that were perfectly good but too small for you now."

Then when she was about to leave the house, she paused and asked, "Is there anything else your wife doesn't use anymore?"

Two good ol' boys, Bubba and Junior, get promoted from Privates to Sergeants. Not long after, they're out for a walk, and Bubba says, "Hey, Junior - there's the NCO Club. Let's you and me stop in and have us a drank."

"NO, we's sergeants now," says Bubba, pulling him inside. "Now, Junior, I'm gonna sit down and have me a drank."

"You blind, boy!" says Bubba, pointing at his stripes. "We's Sergeants now!" So they order their drinks and pretty soon a hooker comes up to Bubba. "You're cute," she says, "and I'd like to take you someplace and make you feel good -- but I've got a bad case of gonorrhea."

Bubba pulls his friend to the side and whispers, "Junior, go look in the dictionary and see what that gonorrhea means. If it's good, give me the okay sign." Junior goes to look it up, comes back, and gives Bubba the big okay sign.

Three weeks later, Bubba is laid up in the infirmary with a terrible case of gonorrhea. "Junior," he says, "What you give me the okay for?!"

"Well, Bubba, in the dictionary, it says gonorrhea only affects the privates." Then he pointed to his stripes and said, "But we's Sergeants now!