A heroic father from NYC who saved his three children from gunfire at a Bronx car dealership is now without a job. And to make matters worse, Anthony Jefferson, 39, lost his jobs due to an injury he got while protecting his family.

A Hero dad and his kids were visiting The Bronx used-car business on Boston Road in Eastchester on Monday, September 21, while trying to surprise the mother of his children, Danica Jefferson, with a new car for her birthday. The gunman appeared, and Jefferson covered his kids with his body to protect them.

People are pitching in

The gunman managed to shoot the 39-year-old in the foot twice and once in the left thigh. But, due to the same injuries, Jefferson lost not one but both of his jobs. So, a close family friend Serena Wingate started a GoFundMe page:

"Due to his injury, Anthony lost his job and has to have surgery to remove the bullet," Serena Wingate, a close friend of Jefferson, posted on a GoFundMe page that hit $122,084 on Friday afternoon. The page's goal was $24,100."

"This Go Fund me is to help this heroic dad with his medical bills and his kids with therapy. They are beyond traumatized," says the explanation.

After being set up two days ago, GoFundMe has already received over $179,000 in donations. The page is growing as we speak.

The original target was $24,100. The money is to help with surgeries and give some to the family, as they will have to face the unemployment office in the middle of the pandemic. Despite the job losses, it's safe to say that this is one lucky family since two bullets hit Jefferson's boot. When you have a dad like that, you know that he'll take care of everything once he's back on his feet. 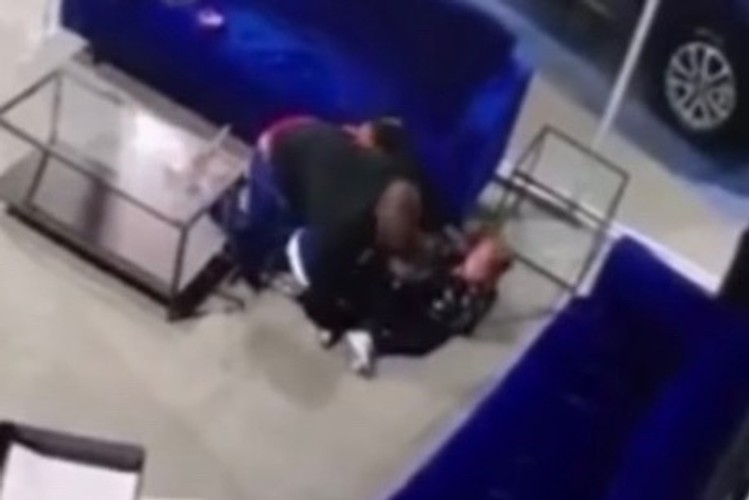 His wife, Danica Jefferson, only said that her husband worked in construction and as a head painter at a maintenance company. However, she didn't reveal the names of the companies. Despite that, the dealership footage went viral, and that it clearly shows Jefferson's courage. Leaving him jobless is heartbreaking and frustrating.

The wife added that, for now, she is just thankful for her husband's bravery.

Hopefully, the good people will help the family heal, and that includes three lucky kids, aged six, five, and two. We should not live in a world where a good deed goes punished!