The picture posted on Tuesday, October 18, 2022, showed the 40-year-old appearing entirely naked as she lounges on a bed with one hand covering a breast.

The pop singer has not been hesitant about sharing racy photos of herself online.

She wrote, "I have a premiere for a movie this week – The Legislative Act Of My P****."

Some applauded her bravery. Others urged her to remember her two teenage sons, who recently had pleaded with her to stop sharing the sultry images. 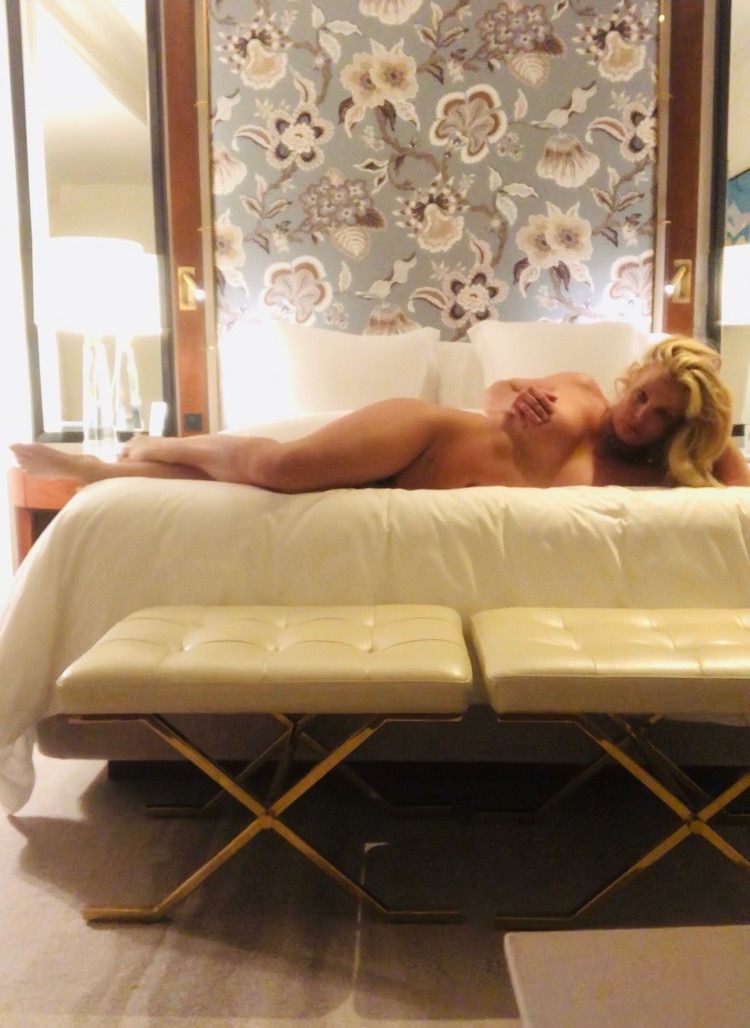 Fans were also concerned about the state of her mental and emotional well-being. This photo was the latest of numerous photos showing her nakedness since the end of her 13-year conservatorship under her father, Jamie Spears in late 2021.

The day before, Britney Spears had also posted a rambling two-minute audio recording on Twitter.

She mentioned the several MRI (magnetic resonance imaging) procedures she had supposedly had under the conservatorship for no medical reason, claiming her father was just "being mean" and that she wished "he burns in ****ing hell."

She stated in the caption, "I believe in a world where we all deserve justice."