Britney Spears and Sam Asghari got hitched on June 9. The singer revealed one detail about the wedding we could not see on the paparazzi snaps.

On her Instagram stories, Spears, 40, said she wore her "first diamond thong" during her wedding celebration. 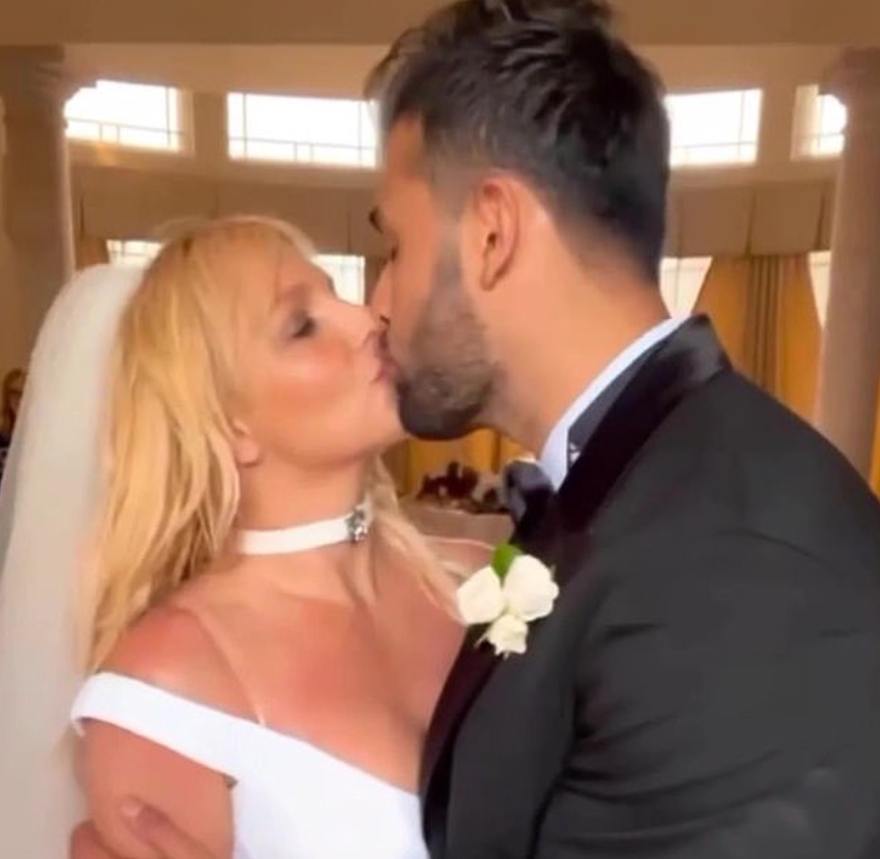 In a little black blazer dress by Versace, the singer and her new hubby danced the night away. Her "dirty little secret," a pair of diamond thongs, was nowhere to be seen, but it is great that Britney shared with over 40 million fans such cute detail from her happiest day.

She also shared videos of the couple and their guests dancing, and among them were Donatella Versace, Maddona, Paris Hilton, and many more A-list celebs. 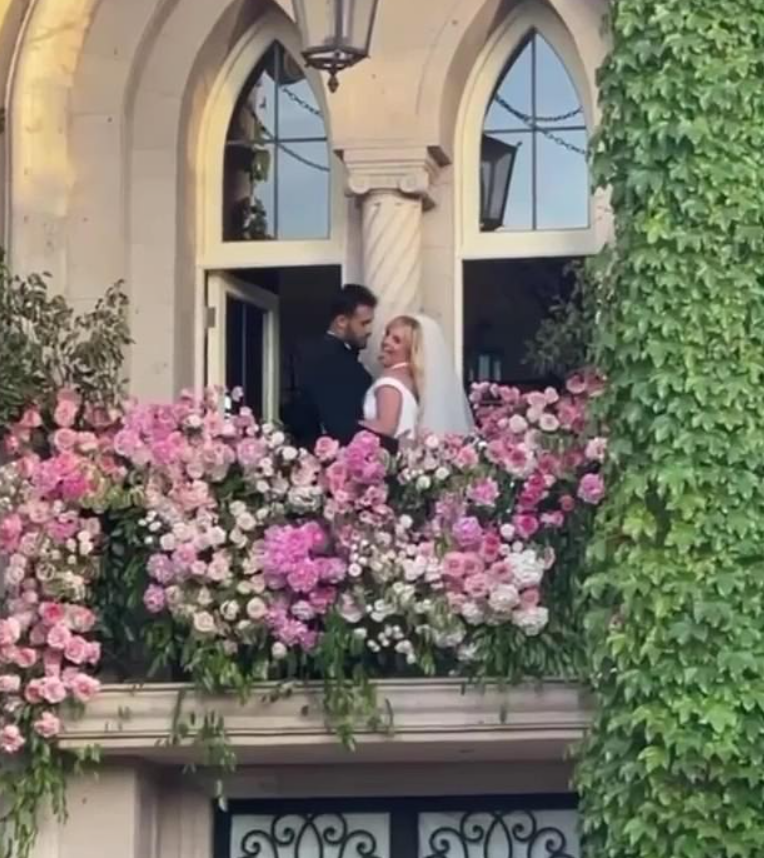 "Living IS GIVING... I hope I didn't insult anyone but don't worry, I had my first diamond thong hidden beneath my jacket."

Sam, 28, also wore something special, though far more visible. The actor had a t-shirt on that read Britney & Sam.

Apart from the Versace drazer (dress based on a blazer), the singer wore a red dress and a two-toned outfit, Vogue reports.

The pop princess wore a custom white Versace off-the-shoulder dress for the ceremony. She had a veil and a choker, and the couple sealed their vows with a kiss on the balcony. 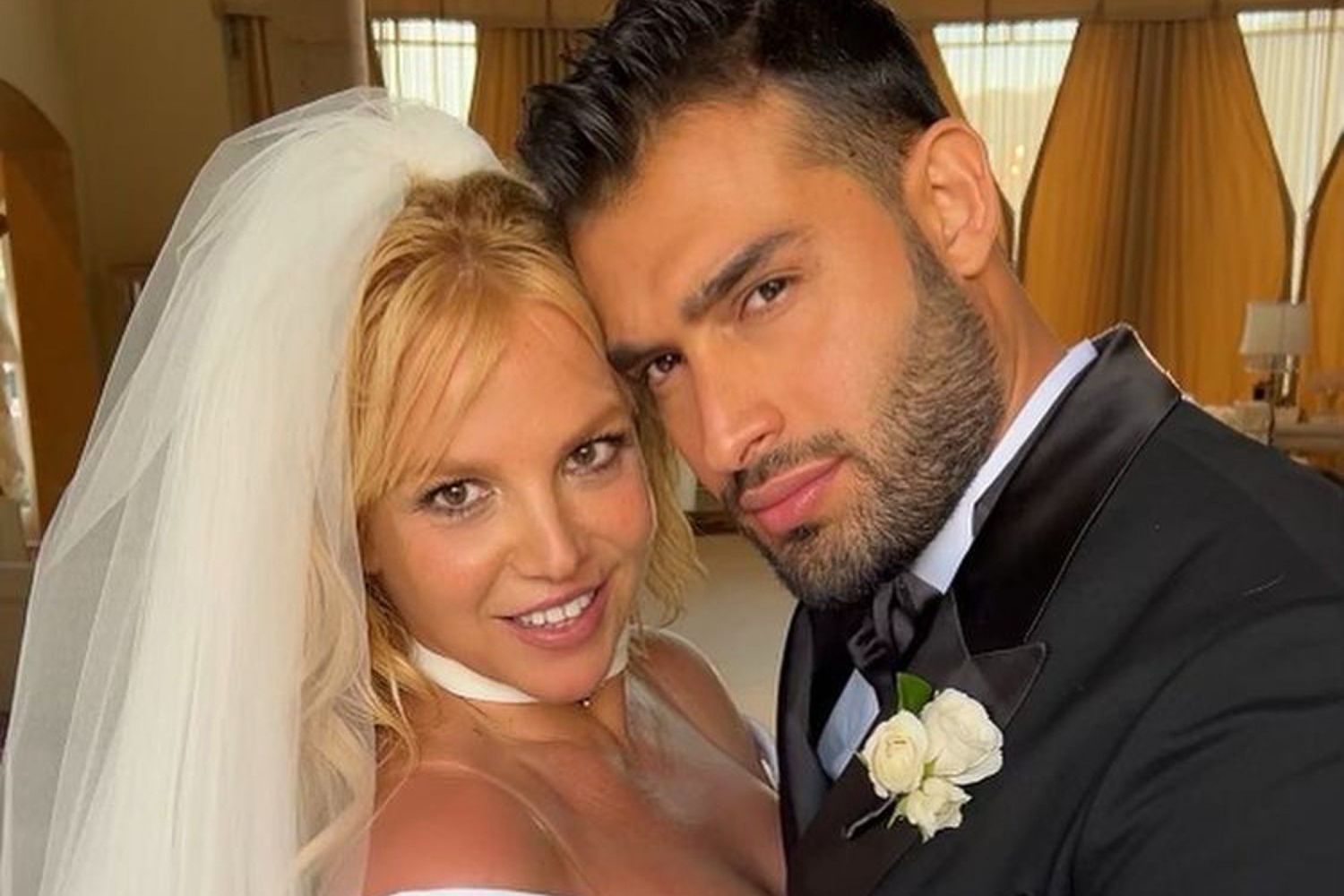 One of the videos caught iconic MAddona and Britney dancing to Madonna's 80s mega-hit, Like A Virgin.

The fans loved the interaction between the two trailblazers, as they wrote:

"Queen of Pop and the Pop Princess having a boogie together."

"Omg!!!! How legendary was Madonna dancing like a virgin?" 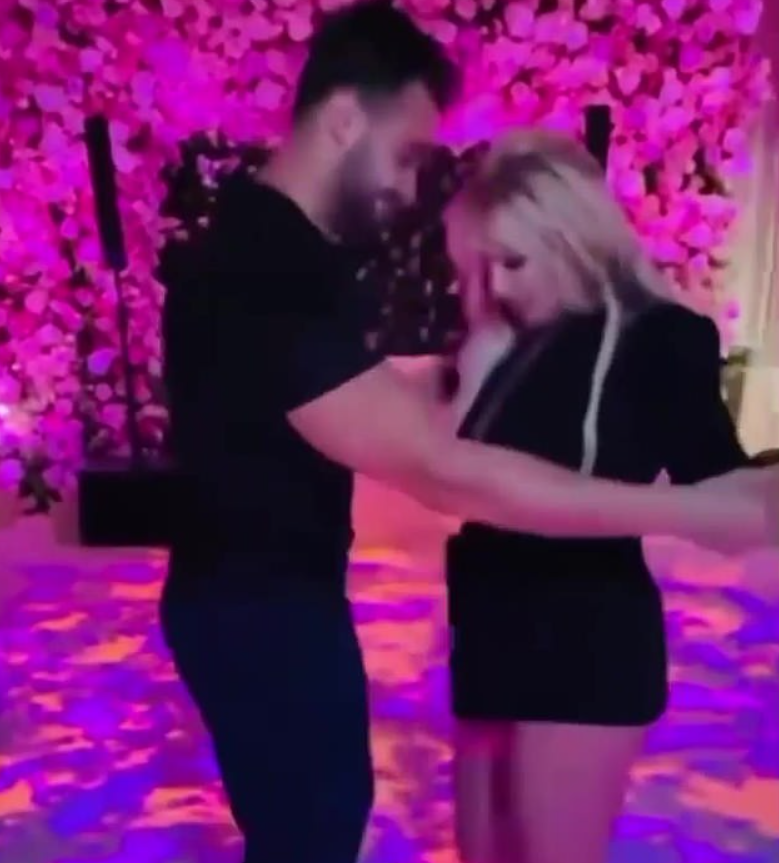 Britney spoke about her guests, calling them "incredible people." Among others, Selena Gomez and Drew Barrymore, Britney's long-time friends, were spotted.

In a post celebrating her guests, Britney wrote,"@drewbarrymore my girl crush and @selenagomez who btw is way prettier in person if that's possible both came !!! I was speechless … I kissed @madonna again, and we danced into the night with @ParisHilton … Thank you, @donatella_versace, for designing my dress." 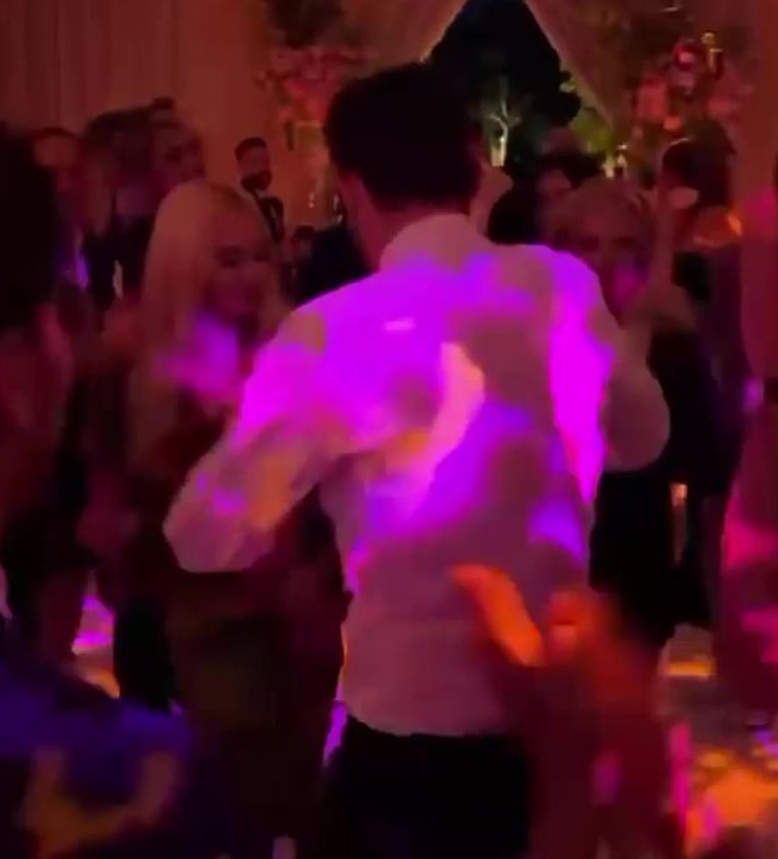 Britney's family did not attend the wedding. After a 13-year conservatorship, overturned in November, it comes as no surprise. Spears spent over a decade being told what to do and wear by her father, Jamie.

Lynne Spears, the singer's estranged mother, wrote to her daughter on Instagram:

"You look radiant and so happy! Your wedding is the 'Dream' wedding! And having it at your home makes it so sentimental and special! I am soooo happy for you! I love you!"

Sean Preston, 16, and Jayden James, 15, Britney's children from her marriage to former dancer Kevin Federline, were also absent from the wedding. The teens, however, were happy for their mothers, as so was Federline, whose lawyer stated:

"Although the boys will not be in attendance, Kevin and the boys are happy for Britney and wish her and Sam all the best going forward."

Sam and Britney met in 2016 while filming a music video for Slumber Party. They had been dating for several years before getting engaged last September.

We wish them all the best!