Great Britain's Charlotte Worthington is taking home gold after her first appearance in the BMX freestyle competition at the Olympic Games in Tokyo.

The 25-year-old, who gave up her job as a chef to become a pro-BMXer, pulled off the first 360 backflip in women's competition.

With a score of 97.50, Worthington surpassed US rider Hannah Roberts, a three-time world champion. 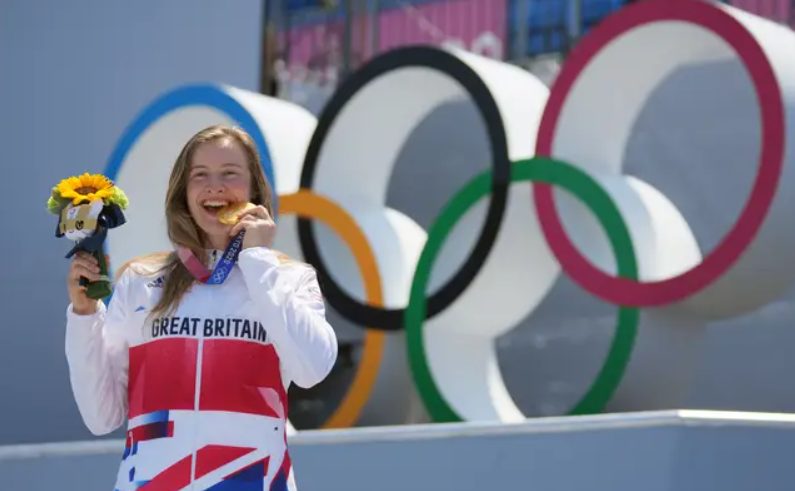 "Charlotte came through and kicked my butt."

And other athletes feel her pain since the UK team is slowly increasing the number of medals at this year's Olympics.

Overall, the Brits have 9 gold, 10 silver, and 12 bronze medals. That puts them in sixth place among the nations with the biggest wins on the Games.

🔥🔥🔥@chazworther nails the first 360 backflip - a trick never landed before in a women's competition - to claim gold.

The British rider only started competing a few years ago, but she managed to snatch gold on her second try. Speaking about her big win, Worthington said:

"I've not been doing that trick for so long but we've been trying to find that big banger trick and when we did we thought, 'this is the one'. If it wasn't for Hannah Roberts, we wouldn't be doing these tricks."

"I keep my cards close to my chest because it definitely pays off in these situations. It was definitely a gamble and it's amazing when gambles pay off."

"I think it's been a gold medal or nothing this whole journey. I think as soon as we set the goal of a gold medal it's go big or go home. I've learned on the years prior to this, competing, that if you gamble and give yourself that chance it's going to pay off better – and you'll feel better than if you hold back and think of what might have been."

Social media networks are going crazy for Worthington's move, and it helps that she did not only took gold. She also made history!