Despite sharing scenes together in "The Mummy Returns", Brendan Fraser has revealed that he never actually met Dwayne Johnson on the set of the film.

Johnson, who has had an incredibly successful movie career, made his Hollywood debut in "The Mummy Returns."

Dwayne Johnson, who was already a megastar in the wrestling world, made appearances in TV shows such as "Star Trek: Voyager" and "That '70s Show" before his Hollywood debut in the little-known film "Longshot," which did not release in US cinemas.

He went on to play the Scorpion King in "The Mummy Returns," which led to a spin-off movie that helped launch his career as an action star.

However, "The Mummy Returns" co-star Brendan Fraser has revealed that he never actually met Johnson on set, with Johnson being nothing more than "a piece of tape on a stick." 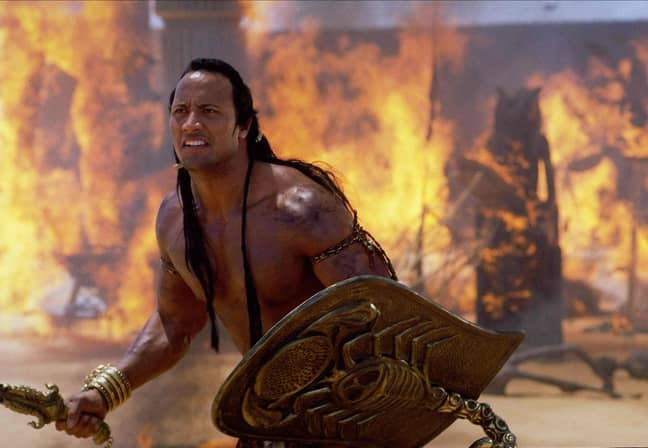 During an appearance on "The Drew Barrymore Show," Brendan Fraser was asked to share fun and obscure trivia about some of his most famous movies.

When the conversation turned to "The Mummy Returns," he revealed that he never actually spoke to one of his co-stars on set because they used CGI to add them into the scenes.

Barrymore mentioned that technology had ruined the 'caper' genre of movies and said if she had to act with CGI and a tennis ball she would 'fail miserably'. Fraser admitted that it was something he was used to.

"I happen to be really good at it, you know why? Because in The Mummy Returns, Dwayne 'The Rock' Johnson was just a piece of tape on a stick," he revealed.

Fraser continued by stating that he had experience working with CGI characters who were represented on set by an object on the end of a stick, so he knew where to direct his gaze. 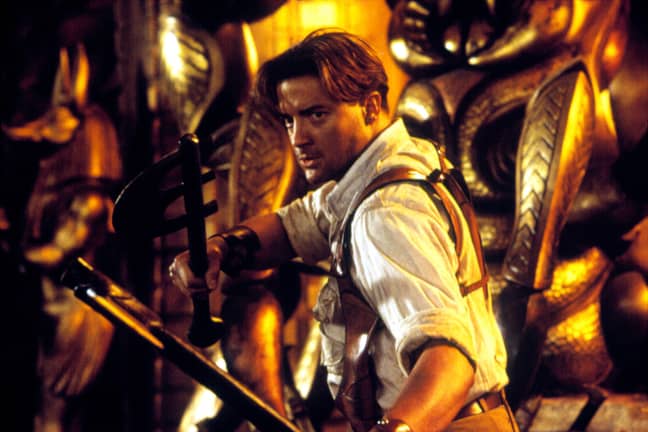 The Rock's portrayal of the Scorpion King is memorable, in part due to its being one of the most prominent examples of poor CGI from the early 2000s, specifically during the transformation of the character into a monster at the end of the movie.

Fraser, who recently won the Critics' Choice Award for Best Actor for his role in "The Whale," expressed interest in returning to the "The Mummy" franchise if it were to continue.

The movie played a major role in Dwayne Johnson's transition from a famous wrestler to one of the most successful Hollywood stars of modern times.

He has gained enough star power to include a clause in all of his movie contracts, requiring that his characters never lose a fight and always hold their own in physical confrontations.