After a woman's boyfriend moved in, he asked to be put on the title of the house. She wanted to know what she should do under the circumstances, and a TikToker's advice to her was "F*ck, No." 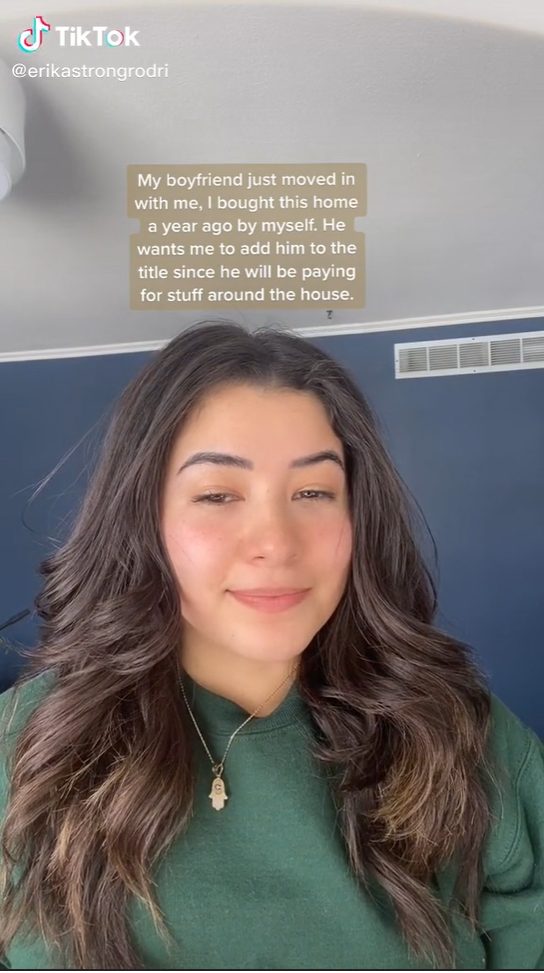 In a short video, the TikToker explained that the boyfriend had just moved in and yet wanted his name on the title of the house because he would be paying for stuff around the house.

Rodri gave the reply while looking into the camera and sang to the music, "Yeah, Fu*k no." 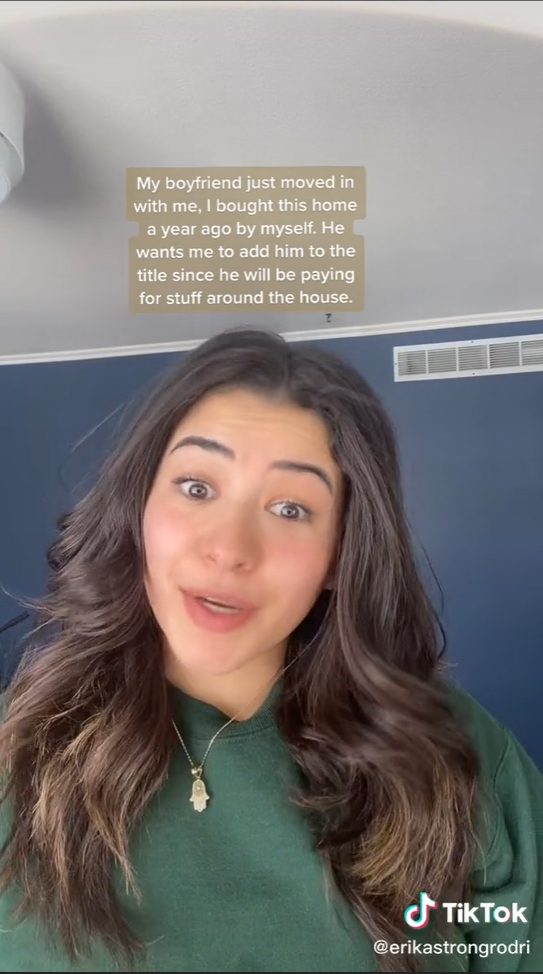 It is unclear if she was asked the question or offered an alternative solution. Still, there is no denying that the advice was pretty good.

In a subsequent interview, Erika said she was giving hard-working ladies a piece of advice. She made the video when one of her clients asked her a similar question.

Erika had worked with her as she was getting a new home. Because the woman had worked so hard to get her home, she advised her not to give in to such a request.

She also noted that many women in the comments section understood how to handle the situation appropriately.

Another user suggested another way to approach the conversation. Instead of making demands, he advised her to ask him to put some money towards the home's ownership.

Another suggested that the boyfriend made demands that only a "husband" could make.

Some Husbands Also Offered Their Support

One of the supportive husbands expressed his joy at learning that many financially savvy women were in the comments. He also took note of the fact that many men were supporting the ladies.

The commenter also noted that many discussions were started between men and women concerning the topic of finance and similar subjects.

In general, he was glad that differences of opinion were being heard and respected.