Bob Ross's documentary, Happy Accidents, Betrayal & Greed, dropped on Netflix earlier this week. But, we are not going to review it or give away any spoilers. 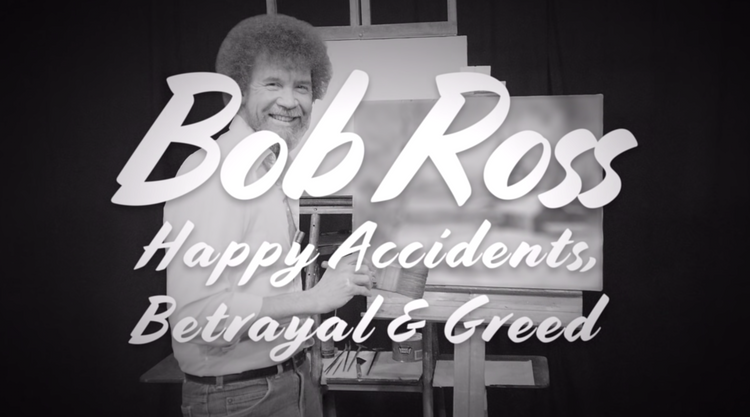 Instead, our focus is on Bob Ross's hair and fans' reactions and some controversies, which will only make you want to watch this documentary even more.

The Artist Brought Us Many Wonderful Moments

The American artist taught many of us painting until he died in 1995. Or at least he tried to teach us.

Behind the scenes, his life took many twists and turns.

His younger son, Robert Stephen "Steve" Ross, appeared on his father's show The Joy of Painting.

But the two had quite a difficult relationship, and after a big fallout, the father and son finally reconciled before Ross's death.

The Kowalski family actually had a lot to do with the reconciliation, and to this day, they are the ones controlling Ross's image.

It's a complex partnership and Steve has strong feelings about it.

Bob Ross's legacy continued to lives on but not without controversies. The fact that his son Steve and Ross reconciled was over their mutual hatred over the Kowalski family.

Steve spoke out against the Kowalski's, saying that just before his father's death, the Kowalskis asked him to get him to sign a "memorial agreement."

As per Esquire, the documentary explores what happened:

"The back half of the documentary alleges that a combination of legal pressure, questionable ethics, and full-on bullying may have led to their ability to control the intellectual property and branding behind Bob Ross Inc. Ross, who is still a beloved figure in pop culture, has swaths of new generation fans with no idea how complicated the situation is, and thus, we have a mob on our hands. The name on their lips is Kowalski."

"It looked to me like they were trying to get Bob to sign his name over to them You could hear him screaming, 'I'm not giving you my name.'" 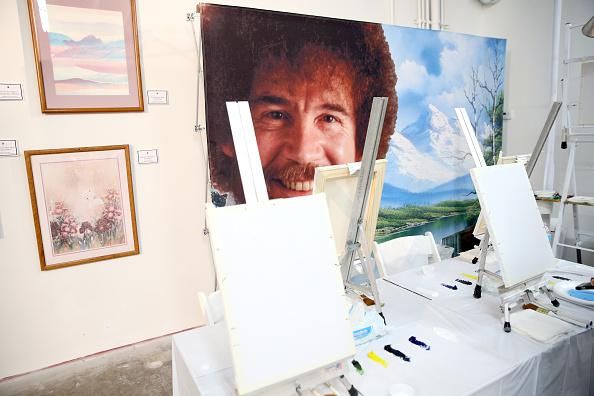 "Even worse, they tried to keep secret the fact that the funeral was even happening."

The documentary is full of explosive, dramatic moments, but as we promised, we are here for the hair.

Before finding his signature look, Bob Ross looked a bit different. Without the perm and the beard, he was a different person.

Ross in a white T-shirt, sitting with his slicked-back and cropped hairdo, is a photo that will rock your world.

Blink, and you'll miss it.

The dramatic change was unexpected, and it put Twitter users into a frenzy.

The picture on the right looks nothing like bob ross. If this is indeed him he must've been in his late teens or early 20's

Some liked it, others didn't, but they all agreed: Ross looked unrecognizable.

Y'all, young Bob Ross was a hottie.

Some fans made hilarious comments:

I refuse to believe this is the same person

I'm beginning to see where @rickastley got his good looks from...

God he looks so much better without that fro.

Totally thought that was a pic of Steven Crowder on the right. @scrowder

Me: *seeing Bob Ross as son searches for something to watch* Did you know that Bob Ross used to be hot when he was young?

Son: *deadpan* Well, that's a bit of a slight on older Bob Ross. *picks "Joy of Painting"* *sends me a chastising look*

Bob Ross In His Youth

Here is the famous photo compared to Ross we all knew and loved:

Seeing Bob Ross without his signature curls and beard is one of the most shocking moments in Bob Ross: Happy Accidents, Betrayal & Greed pic.twitter.com/7bCCsfy7C1

And, of course, Twitter users did their best to show their devotion by digging deep into Ross's youth.

Believe it or not, this isn't a photo of @JSi5... it's a photo of young Bob Ross! pic.twitter.com/C8K3xHwoSM

How do you feel about the documentary and the famed painter's transformation?