With the photos of blue dogs from Russia taking over social media in the winter of 2021, there have been different opinions on how this strange phenomenon came to be.

The blue dogs were spotted in the Russian town Dzerzhinsk, and since then, there have been reports of other animals with strange-colored fur roaming the area.

Recently, there have been duels on Facebook and Instagram, where experts argued about the cause of this strange happening. As the photos of dogs were taken around a sulfur factory, many agree that this caused the discoloration. However, there has been no immediate evidence to back this up.

In either case, the blue dogs are healthy and on their way to adoption. Besides the strange color of their fur, there is nothing else to distinguish them from your regular stray dog.

Where Were The Blue Dogs Seen? 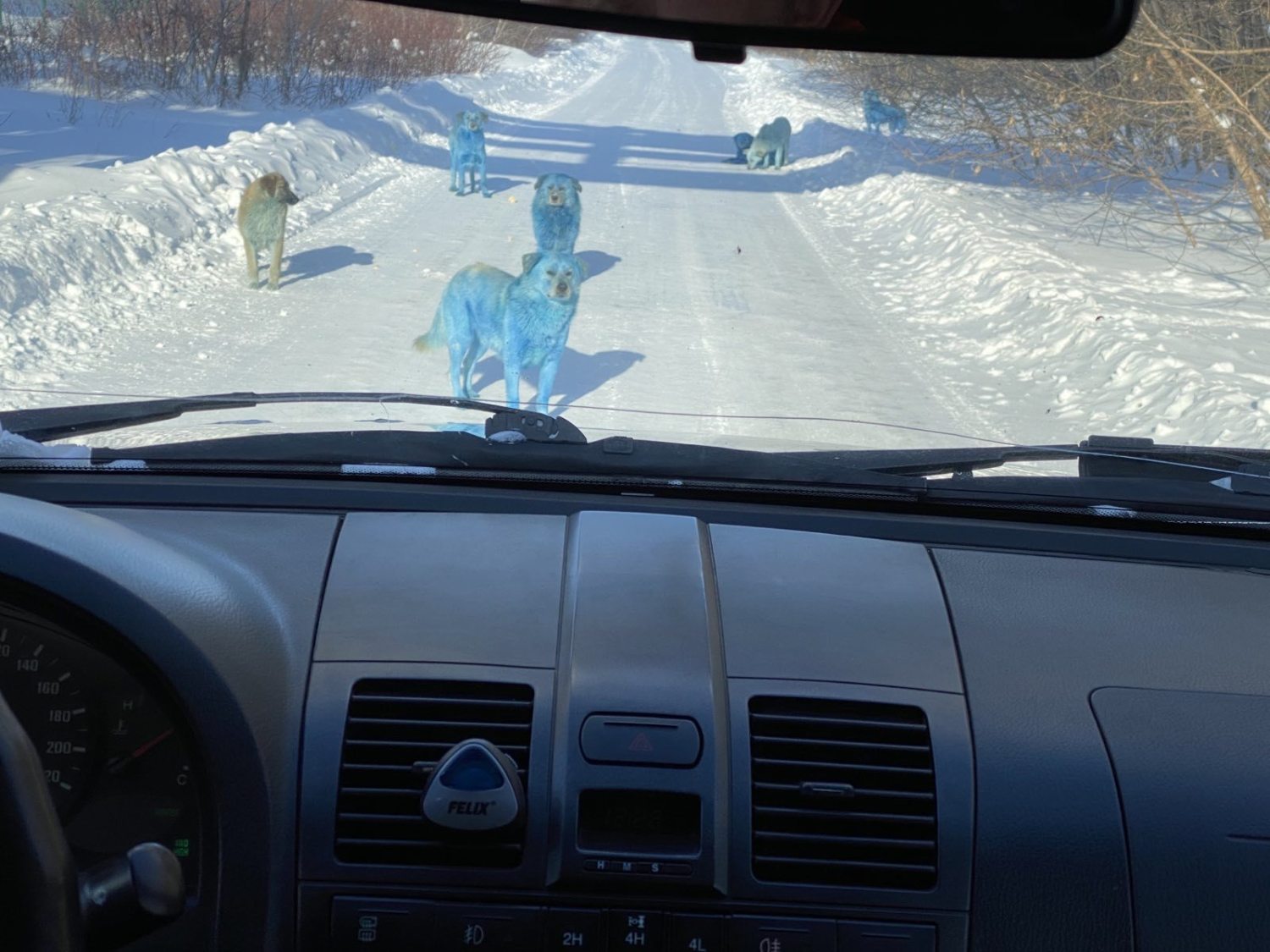 Over the winter months, several pictures of a pack of stray blue dogs were making rounds on the internet. This triggered a variety of reactions online. Many suggested that poor blue dogs, spotted near an abandoned factory in Dzerzhinsk, were victims of a cruel prank. However, a little while later, Daily Mail reported that the dogs got the strange coloring due to exposure to chemical waste from a nearby abandoned factory.

This bizarre phenomenon occurred in and around the town of Dzerzhinsk, about 242 miles east of Moscow.

Plenty of pictures were taken by residents of the town and have gone viral online. These pictures show the blue dogs wandering through the snow-covered streets in the city of Dzerzhinsk. Some users compared the dogs to cartoon characters, such as Smurfs, but many others have expressed concerns that their health could be at risk.

The factory in Dzerzhinks used to produce plexiglass and hydrocyanic acid. However, the factory was abandoned as it was closed six years ago after going bankrupt. According to the statement of the chemicals plant's former bankruptcy manager - its buildings still store chemicals. Plenty of these chemicals, for example, copper sulfate, might cause the appearance of blue dogs. 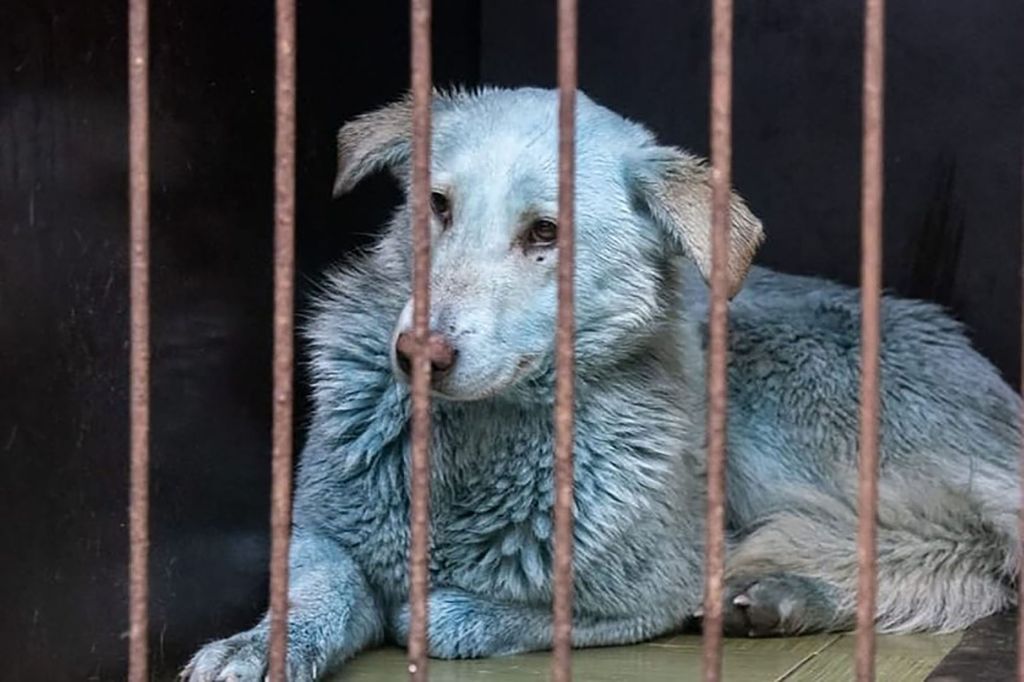 Hydrocyanic acid is a suspension of hydrogen cyanide in water. This chemical was initially isolated from the pigment Prussian blue. The mere fact that it takes its name from cyan, the ancient Greek word for blue, might be a clue.

While this chemical is described as poisonous by the Centre for Disease Control and Prevention, it is still used as a commercial dye. Since the factory buildings also store copper sulfate, a chemical known for its bright azure color, it is easy to draw a conclusion.

The bankruptcy manager also stated that something similar had happened several years ago with animals changing color after coming into contact with unnatural dyes in the vicinity. The authorities of the city of Dzerzhinsk are negotiating with the Orgsteklo company's management following this event.

They aimed to enter the closed factory grounds and to check out the dogs' condition. A couple of distinguished animal rights activists said that the blue dogs' health is likely not in danger.

What Is Causing The Discoloration Of Their Fur? 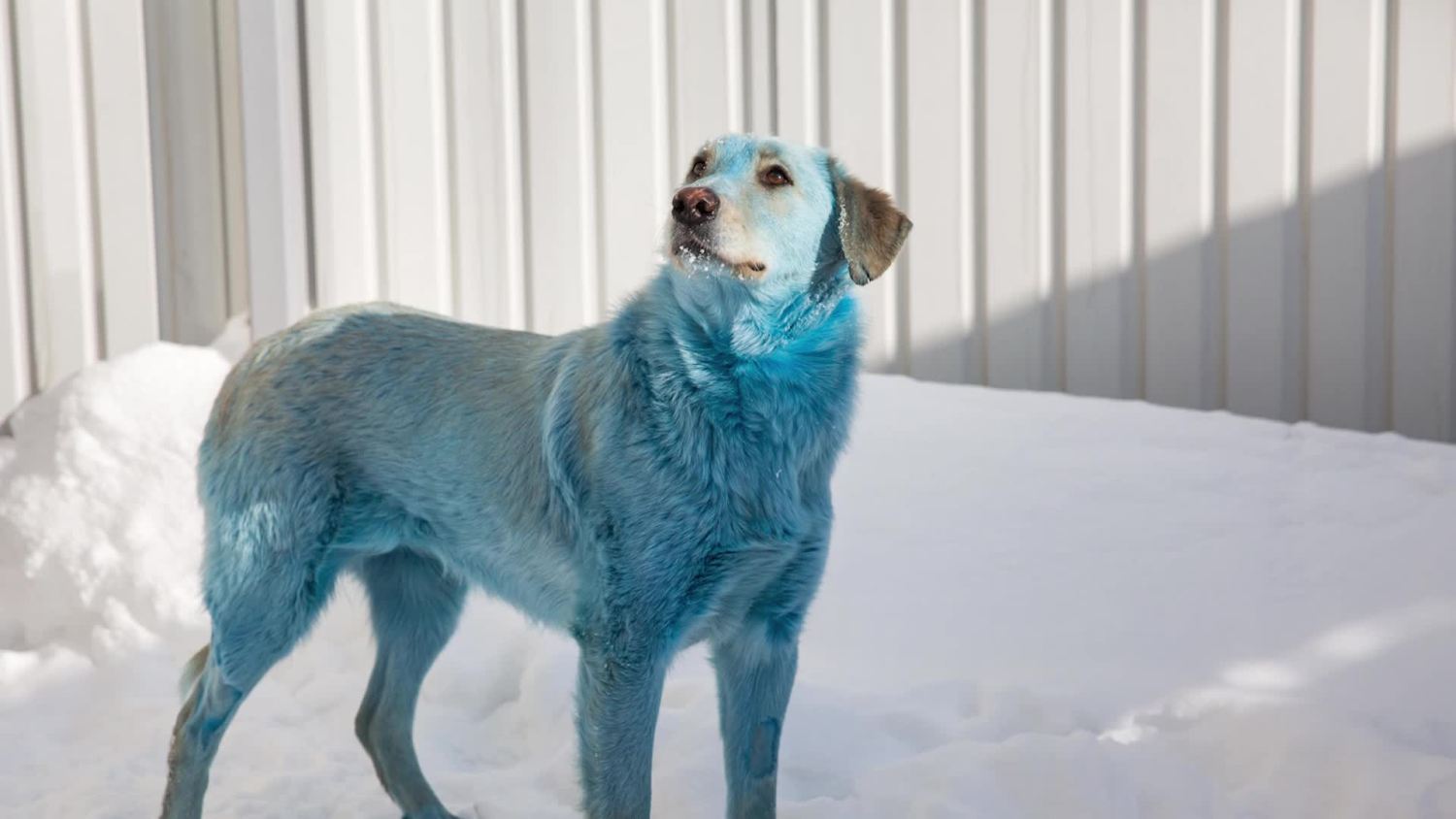 As mentioned already, it is not immediately clear what may have caused this phenomenon. Since it happened near the abandoned Dzerzhinskoye Orgsteklo chemical plant, the cause was sought there.

The plant once manufactured highly toxic hydrocyanic acid, which is also a core ingredient in a once commonly used Prussian blue dye. The vets that examined the blue dogs say that their eyes, tongues, and excrement were dyed blue. A strong chemical could have only achieved this precise coloring.

Dzerzhinskoye Orgsteklo was a petrochemical company that made hydrocyanic acid and plexiglass before going bankrupt in 2015. Russian government officials confirmed that it has been under liquidation since 2015 and has seen. Apparently, no economic activity has been seen since 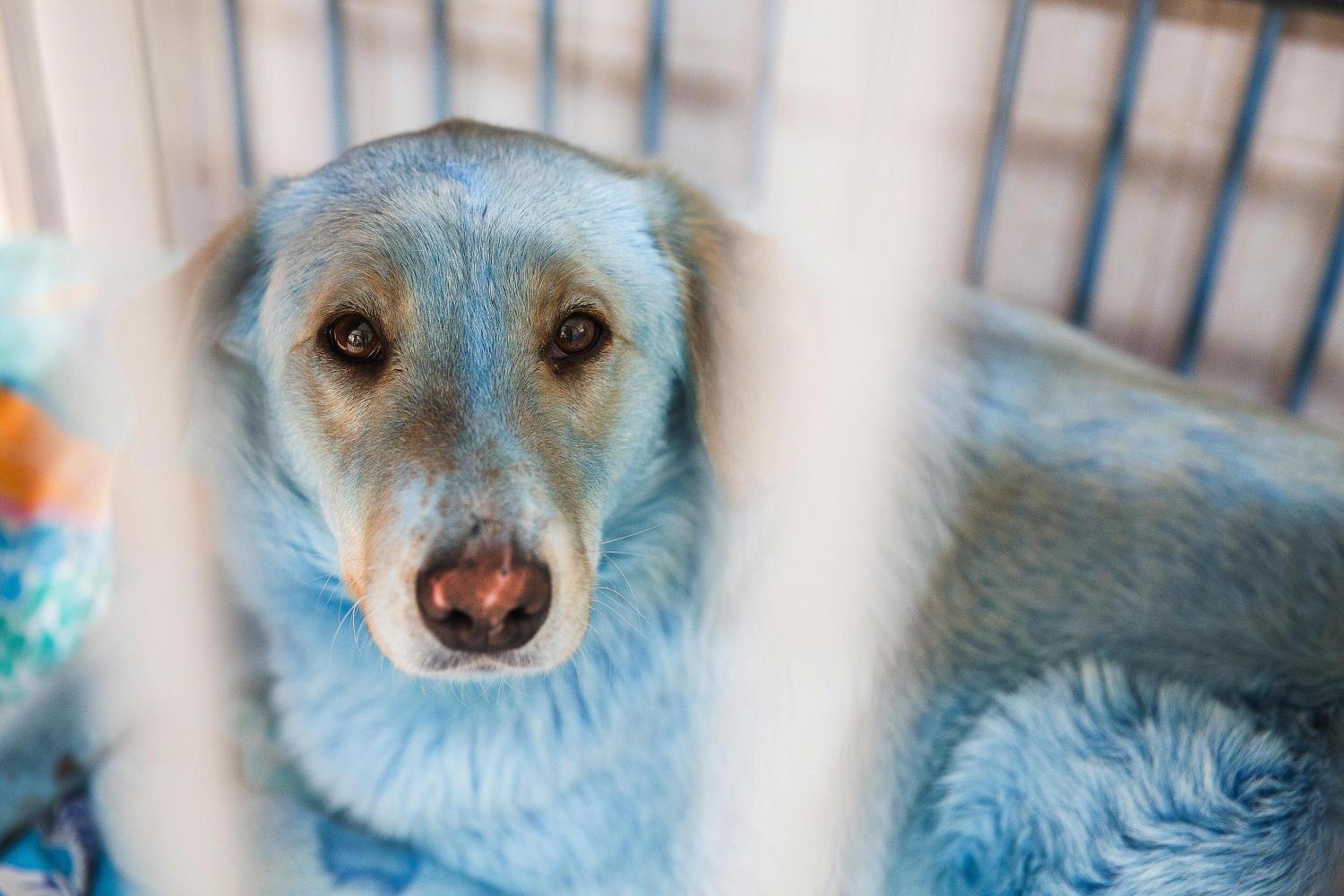 Specialists that examined the blue dogs claim that they have dwelled in the vicinity of the factory. Dmitry Karelkin, head physician of Zoozashchita veterinary hospital, blamed the blue hue on some kind of chemical.

"Homeless dogs are running around. Perhaps in one of the buildings, they found some chemical residue like copper sulfate. I heard that a few years ago dogs were seen whose fur had unnatural colors. They found something, nobody controls them."

Whatever it was, it didn't harm the blue dogs physically.

After they had been discovered, these blue dogs in Russia reportedly remained under close observation for about 20 days. Activists are still calling for an investigation of a chemical dump in another area of Dzerzhinsk, where 300,000 tons of toxic waste was unloaded after the Cold War. The nearby Kristall defense plant was also implicated in local reports. 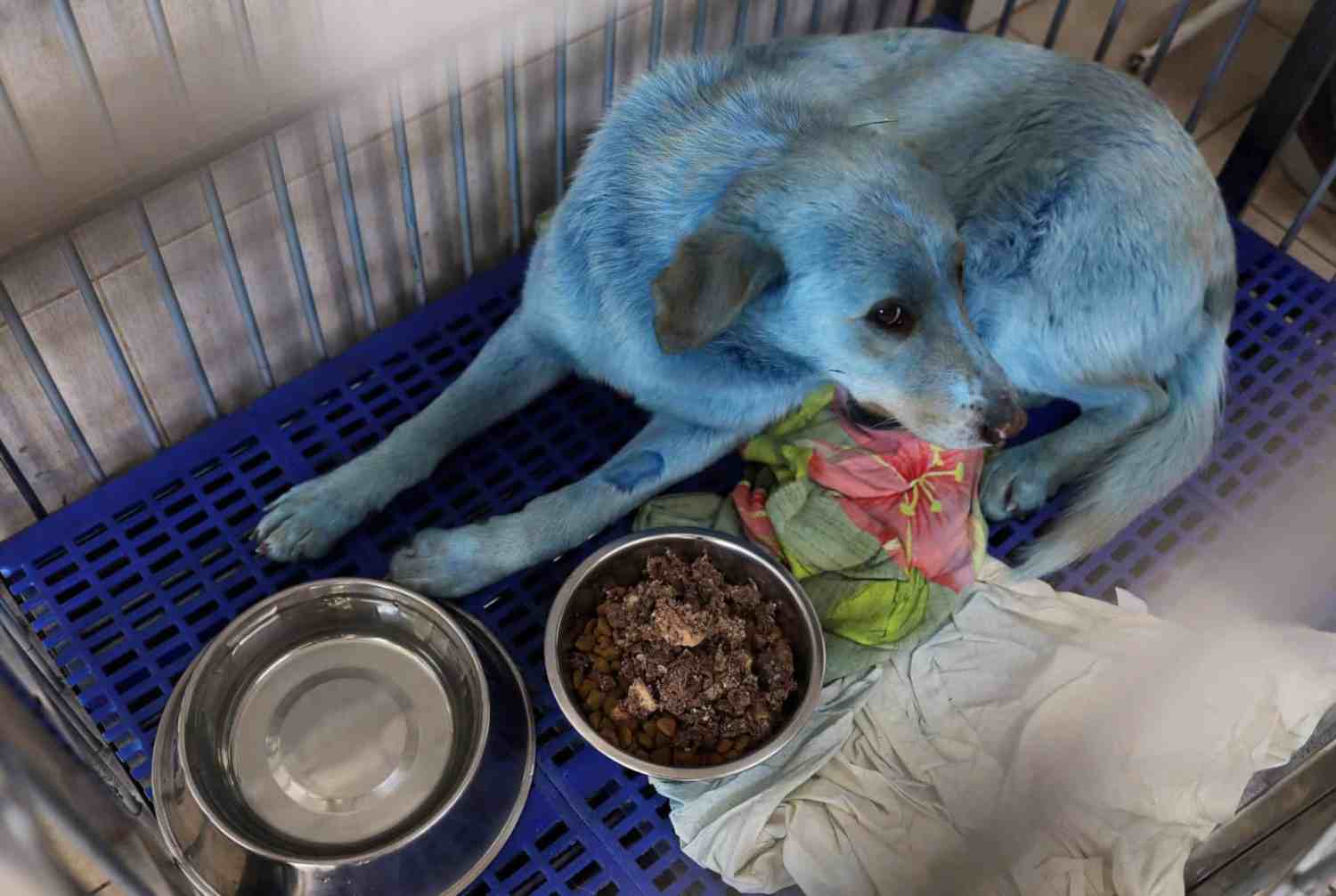 Copper sulfate, which is suspected to be the reason why the fur of the dogs has been colored blue, is used in several industries such as agriculture, mining, painting, and others. It is a blue-colored substance that is used as a raw material for several copper products.

The plant is located in the Russian city of Dzerzhinsk is situated almost 370 kilometers east of the Russian capital Moscow. It is considered to be the hub of chemical production in Russia.

What Happened To The Blue Dogs? 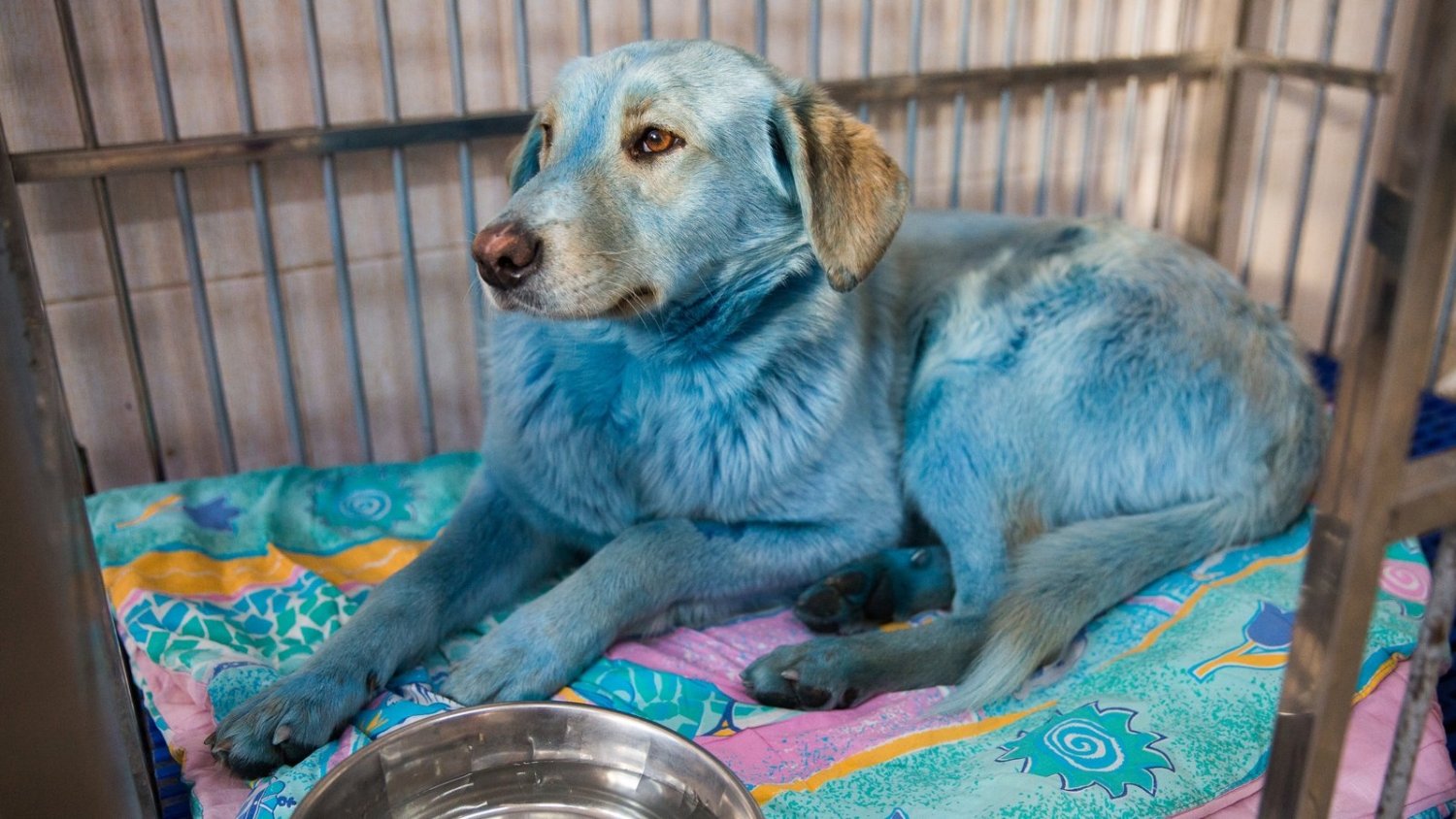 Since the photographs of the blue dogs started circulating and went viral, people have been following this story eagerly. Posts that claimed that canines had been turned blue due to chemicals from an old petrochemical company in Dzerhinsk were everywhere, along with the odd pictures. 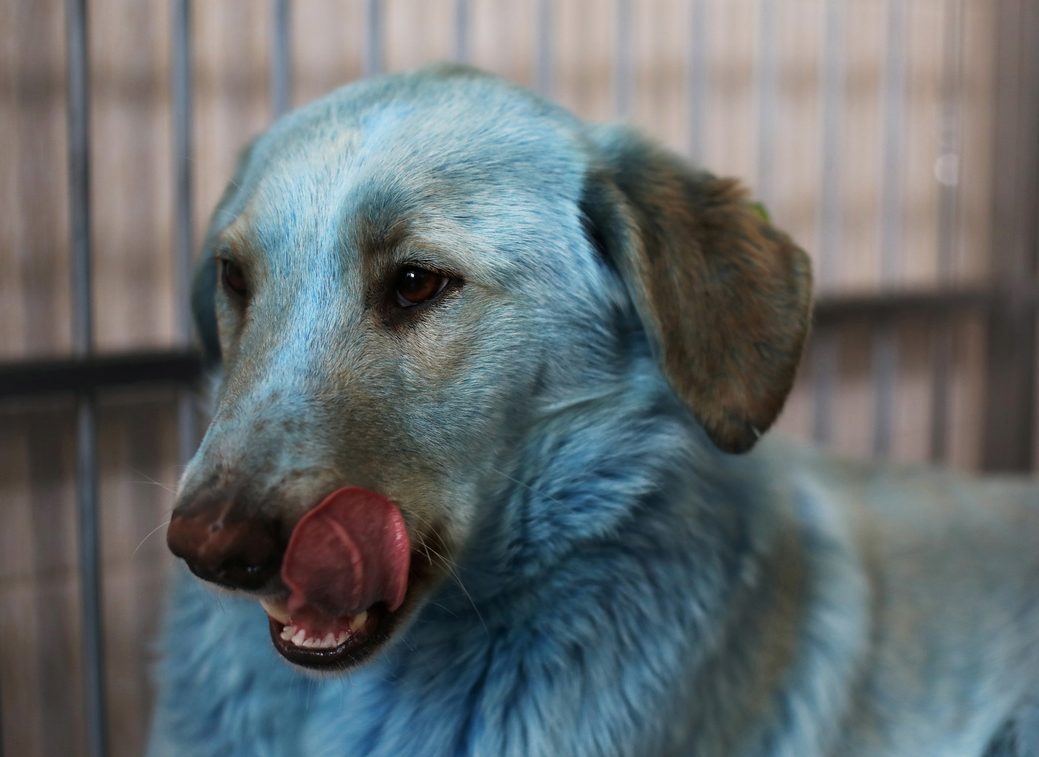 After the residents discovered them, the dogs were taken in and examined by vets. This was to ensure that they were in good health and had not been affected by any chemicals.

Pink And Even Green Colored Dogs Turned Up As Well 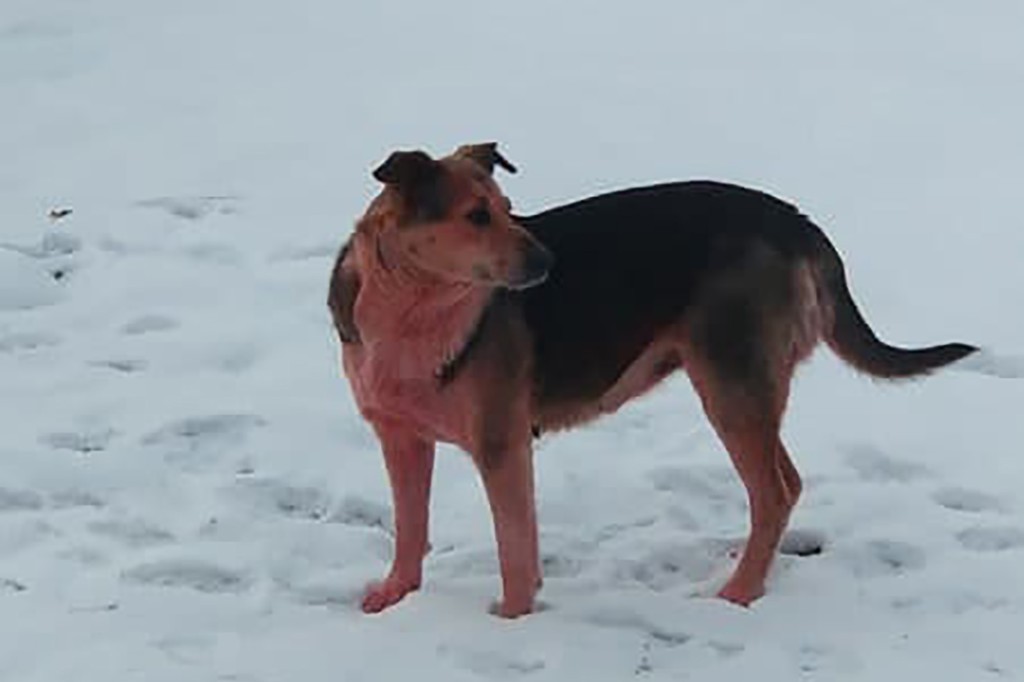 The truth behind the strange colored fur of animals found in this part of Russia painted a grim picture. Since the stray blue dogs went viral after they were spotted in Russia, there were reports of similar incidents.

Some people believed the blue dogs belonged to a lesser-known breed, but the actual reason for their colored fur was discovered to be due to chemical pollution. Even if this was repeatedly denied by the former factory managers and government officials, there is no other plausible reason. 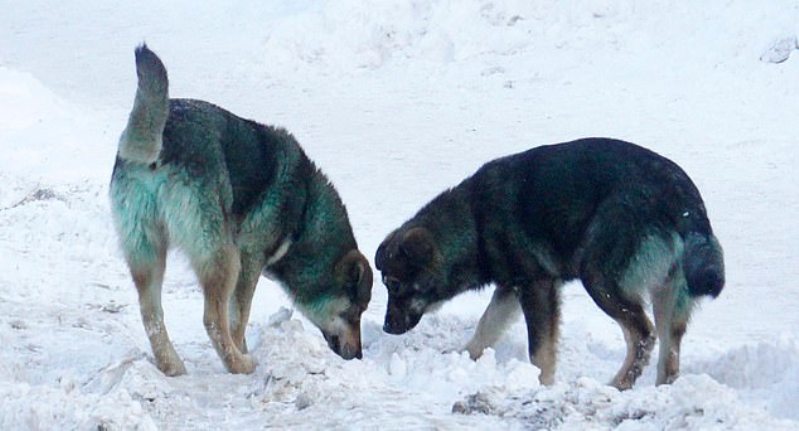 A few months after, significant development has taken place in this mysterious story. Photos of other dogs with differently colored fur have started popping up. The dogs have reportedly been changing color.

Many stray dogs in Dzerzhinsk, near the Kristall Defence Plant, appear to have turned pink. Are there any other chemicals around this city that could be responsible for this? Since this happened just a few days after seven stray blue dogs were seen roaming around, it couldn't be just a freak coincidence.