30-year-old Dean is tired of often leaving his Tesco Clubcard at home and has devised a solution to make sure he never forgets it again: he had the card's QR code tattooed on his wrist.

Now that the store offers a variety of discounts and specials, Dean always carries his card with him. 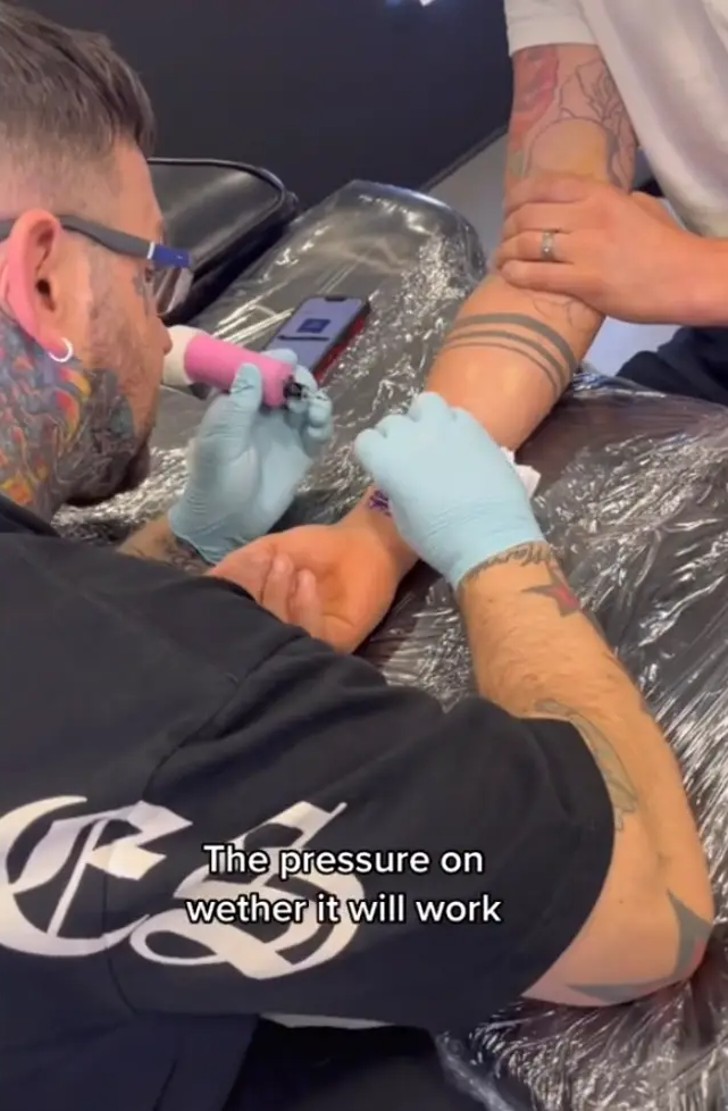 Dan Rossetter, a tattoo artist, is shown stenciling the code onto a piece of paper before applying it to Dean's wrist in a video that has now gone viral on TikTok.

Dean and Dan attempted to use the code to purchase cookies by going to the closest Tesco store. Unfortunately, because of the strange angle, Dean could not bend his arm to sufficiently allow the code to scan.

After what appears to be a failed attempt, the cashier tries his luck and manages to scan the tattooed Clubcard.

Expect to see some imitators in the coming future because the tattoo has impressed TikTok users. Depending on how many different discount cards they own, there may also be a stack of QR codes on people's sleeves.

Dean commented on his unique ink, "I'm delighted, I love it and use it constantly." He uses it every morning when he heads to Tesco before work.

Because of the tattoos, he is even starting to gain some notoriety.

He said, "One lady laughed and asked me for a picture.

Dean reiterated that It wasn't an impulsive decision. He's been debating about doing it for months. He merely believed it to be humorous.