Romeo and Juliet is undoubtedly not the only tragic love story. Probably not so famous, but equally sad is the forbidden love of Blanche Monnier.

After the wealthy and respectable Blanche Monnier fell in love with a commoner, her mother did the unthinkable in an attempt to stop the relationship. 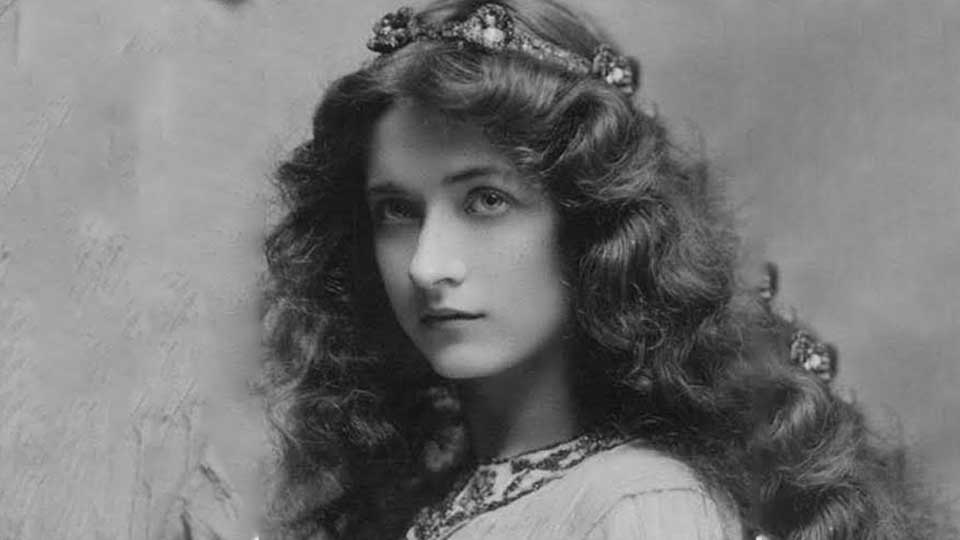 It was a typical day in May 1901 when the General Councilor of the City of Paris read an anonymous letter containing eerie details about a secret house near Poitiers. According to the handwritten note, with admirable vocabulary and calligraphy, a woman was abused in this place.

The document did not provide much information about the victim. It simply asked someone to do something because these crimes have been going on for 25 years. The letter said the following:

"Mr. Counselor, I have a duty to inform you of a serious problem. There is a lady who is trapped in Madame Monnier's house in Poitiers. She is hungry, torn into pieces, and living in her own filth for the last quarter of a century. Something has to be done. "

The woman mentioned in the letter, Madame Monnier, was a 75-year-old widow named Louise Monnier Demarconnay. She had a villa in a prosperous neighborhood and lived with her son, Marcel. Emile, her late husband, was the director of the local art school. At 50, Marcel worked as a lawyer and aspired to be a professor in the municipality of Puget-Théniers. Wherever she was seen, she looked like she had a typical family with a rather dull life, never attracting attention and gaining the respect of her acquaintances, even though considered reserved.

Authorities continued to be skeptical and wary of the accusations in the letter. However, someone recalled the existence of Blanche Monnier, the daughter of Monnier, who disappeared under mysterious circumstances. Blanche Monnier was an "extremely cheerful and well-educated" young woman with "exceptional beauty and expressive blue eyes."

Maybe that letter was a joke in bad taste. But what if it was true?

The assistant General named Giroud went to perform a routine examination accompanied by two officers. Upon arriving at Poitiers, he knocked on the door marked number 21 on Pohoda Street. After repeatedly insisting, one woman from that house opened the door and apologized for the delay. She looked very nervous in the presence of these men, especially the two uniformed officers who asked to speak to the house owner. Interestingly, the place was messy and dirty. This did not arouse suspicion among the policemen who were taken to the room where Madame Monnier received them.

The older woman showed up almost half an hour later. She told them that she did not understand the purpose of that letter and that it was nothing but slander against her. Police officers were convinced, but the assistant requested an inspection of the house, stating that there had been some violations related to the electrical installation. Madame Monnier agreed, telling him not to enter the rooms to disturb the silence of the occupants.

Giroud inspected the house, analyzing every nook and cranny as officers waited at the entrance. As he scanned one of the hallways on the second floor, there was a faint odor under the wing of a vast mansion that was locked.

He ordered the maid to open the door, but she refused, warning him that she would call the landlady. Giroud was more skilled and caught the woman off guard, persuading her to tell him what was going on. It seemed pretty clear that they intended to hide something. The woman just looked at the door and said it wasn't her fault. The assistant requested the presence of officers who knocked down the door, which was firmly locked.

They followed the path to the staircase, which led to the secured attic. When they removed the padlock, they found a dark and tiny room. The only window was covered with a heavy curtain that blocked the passage of sunlight.

25 Years In The Dark 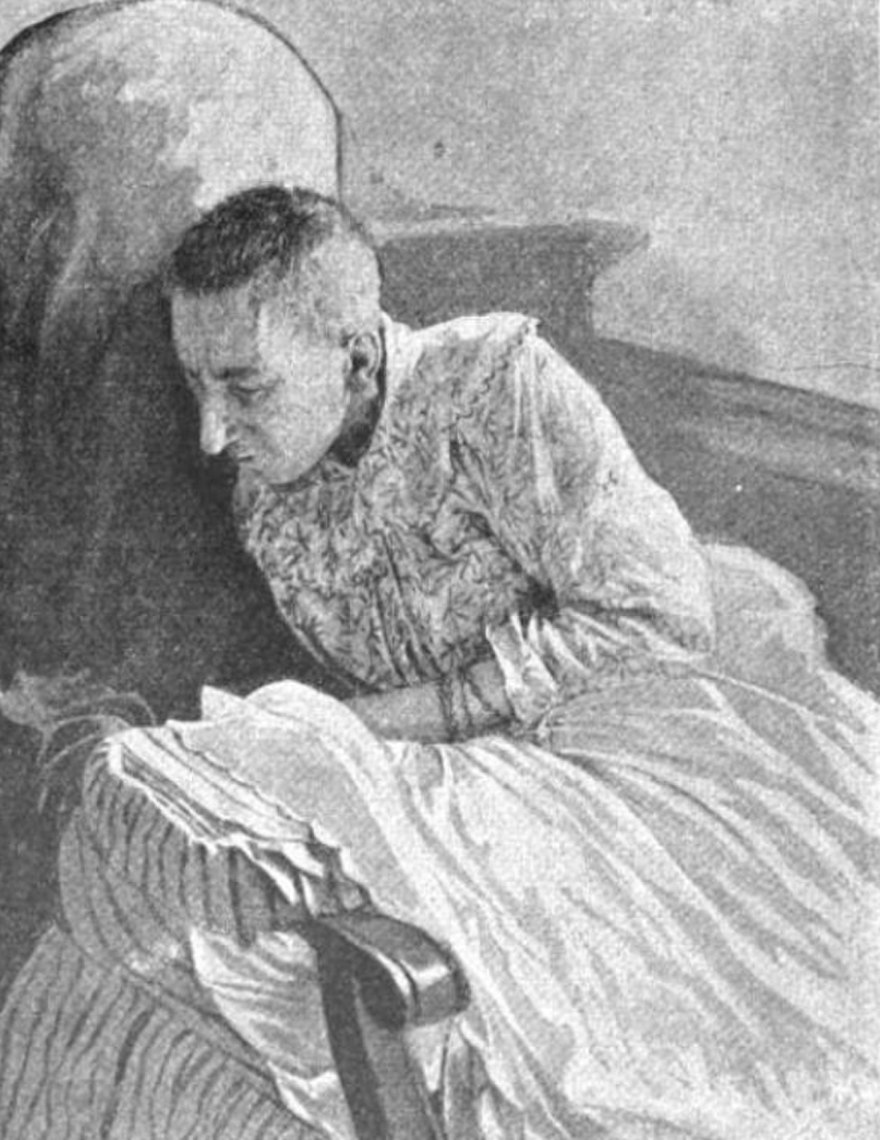 The officers removed the curtain, and only then did the sunlight fill that forgotten room.

In the darkest corner, full of dirt, there was a skeletal woman in a fetal position, described by people as nothing more than "skin and bones." She was completely naked, lying on a pile of straw filled with urine and feces.

The stench was unbearable. Pieces of bread, vegetables, and meat created a crust on the body. Locked in an iron shackle, hooked to the wall by the ankle, the skin on her leg was stripped off due to constant contact with metal. Horrified by the human presence after so long, she started screaming.

Despite his physical and mental disabilities, the assistant recognized Blanche Monnier's blue eyes. She was 49 years old and weighed just over 42 kg.

The officers removed the chains, wrapped her in a clean sheet, and took her to the nearest hospital. While this was happening, Madame Monnier remained in her room. They found her eating a sandwich and sipping tea hours later, dressed in a comfortable silk dress and velvet slippers. When the police came for her, she simply asked to call her son.

Marcel was already intercepted at the school. He was escorted to the Poitiers Palace, where the Advocate General interrogated him. From that moment on, the disturbing story of Blanche Monnier began to see public light. 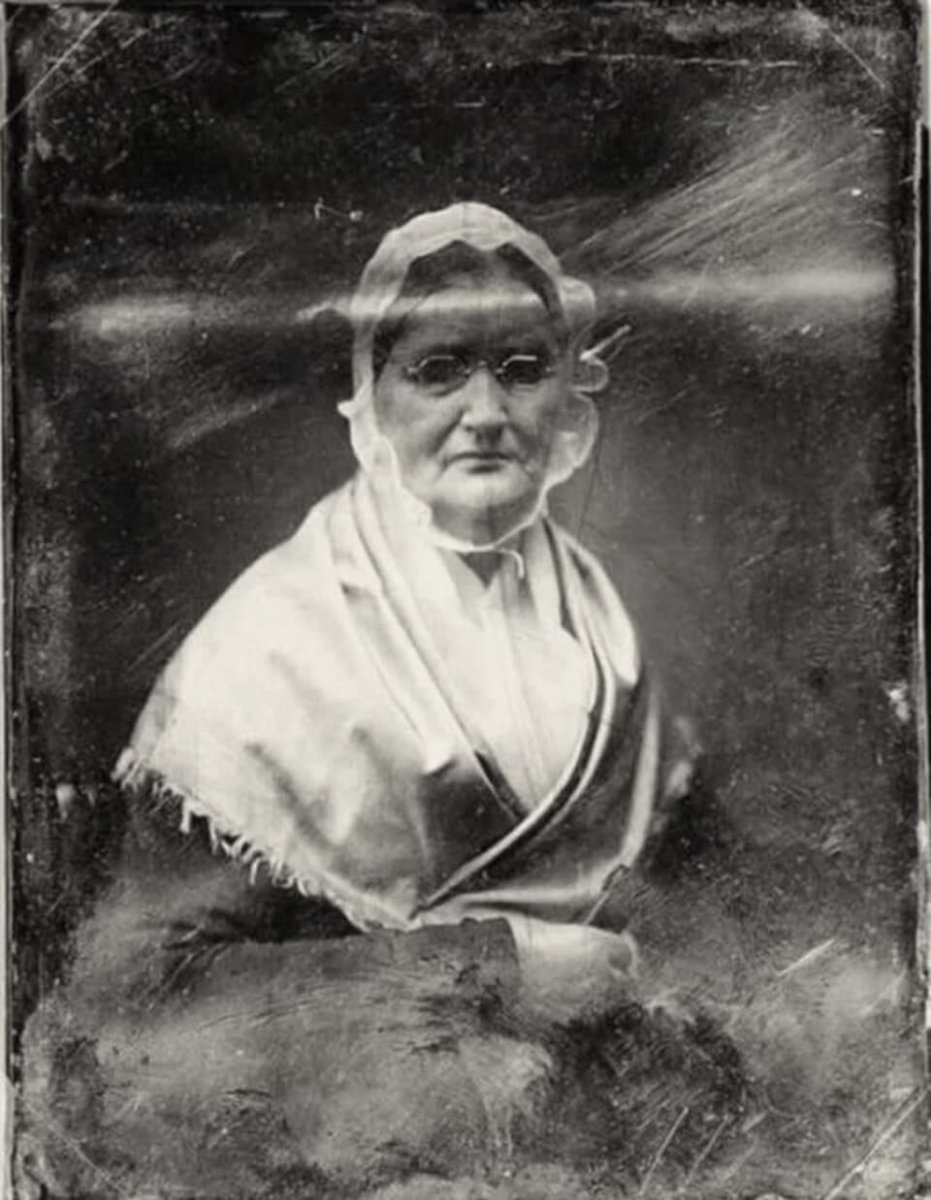 When she was about to turn 20, Blanche Monnier fell madly in love with an older man of low social status. According to rumors, the lady wanted to escape and swear eternal love to her beloved in Marseille, where they intended to settle. The family opposed this relationship and demanded that Blanche ends it.

Other rumors said her adventure resulted in an unwanted pregnancy, which her family forced her to terminate. Faced with Blanche Monnier's denial and realizing that they could do nothing to avoid a relationship, Madame Monnier and her son launched a spooky plan.

One night, they drugged Blanche Monnier with laudanum and took her to the castle's attic. When she awoke, her mother informed her that she would stay in that place until she agreed to end her relationship. According to Ms. Monnier, it was a matter of time before Blanche changed her mind.

But Blanche Monnier never gave up.

So Ms. Monnier kept her daughter as a prisoner in the attic of her house in Poitiers. After a frustrating escape attempt, Blanche Monnier was locked with an iron chain. Once a week, Marcel went to the attic and beat his sister to discipline her. When she was released, signs of abuse and scarring could be seen all over her body.

She was given food through a hole in the ground. Rats terrified her day and night, coming out of every corner of the room to take her food. For weeks no one went to visit her, and since no one responded to her requests for help, she stopped asking for it.

The merchant who wanted to marry her died in 1885. Monnier told everyone that Blanche had left Paris to live with relatives. After a few months, she added to her version that her daughter disappeared in Marseille in a mysterious kidnapper case. Monnier fabricated stories to justify her daughter's absence, and no one doubted anything.

Employees were fired, and only one maid was in charge of daily chores. The house deteriorated: the facade was unpaved, the garden was dirty and covered with grass. It looked like a haunted house. Despite that, no one cared what happened inside. Madame Monnier received neither visitors nor relatives and seemed to have no friends. 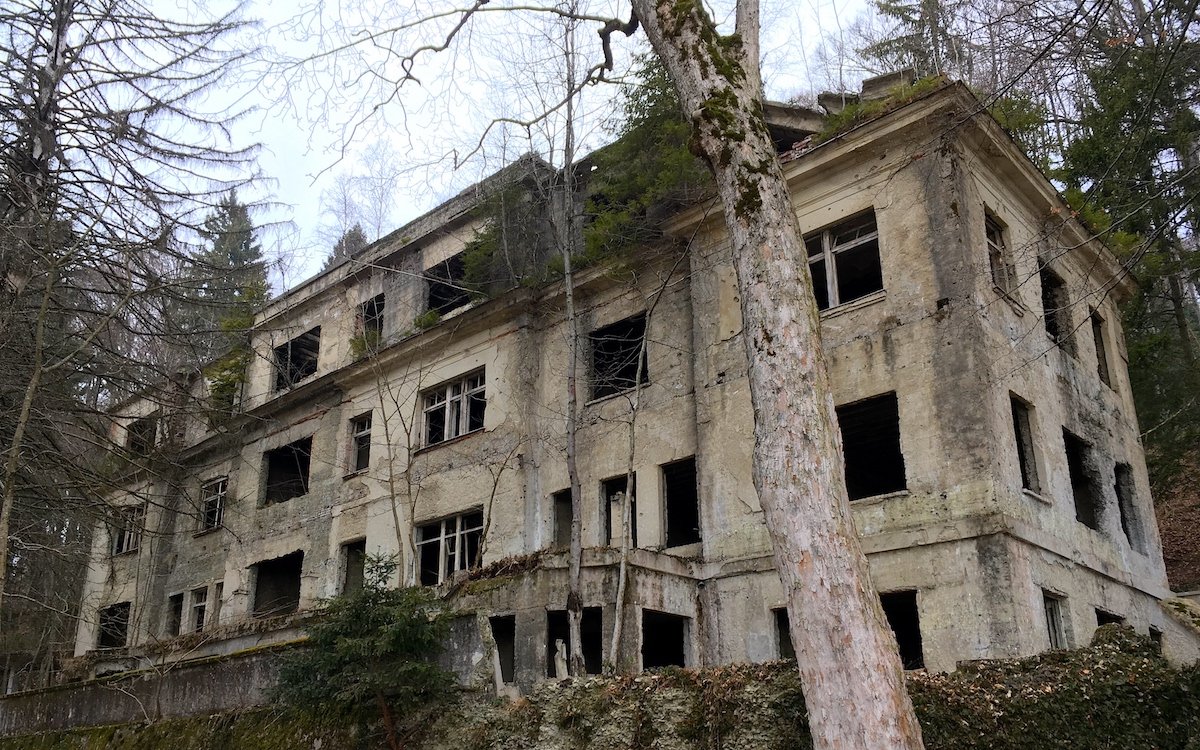 The mother and son were taken to jail. Madame Monnier was transferred to a special prison when they discovered that she had serious heart problems. She died fifteen years later.

For complicity and active participation in the crime, the Marcel Trial began in October 1901. Marcel argued that Blanche Monnier was insane and needed to be kept isolated. Witnesses called by the court were denying his defense. Dozens of people who knew Blanche said her behavior was normal before her disappearance. Neighbors claimed they heard shouts occasionally, but they never imagined that the woman was imprisoned. No one doubted it could be Blanche Monnier.

Marcel was found guilty and sentenced to only 15 months in prison in just four days. His charges were dismissed thanks to his influence and friendship in the courts. This aberration of French justice has never been explained. To the wrath of the citizens, he left prison as a free man. After suffering from the hostile behavior of the Parisians, Marcel moved to Nice.

Marcel was a strange man. Some say he was a sadist, involved in necromancy and occultism. He took pleasure in prosecuting people and recommending severe punishments. In 1910 he was involved in a corruption case in the city of Nice and sentenced to one year in prison on Devil's Island.

It is possible that those claims were inventions of his critics. No one knows for sure, but they say he died as a fire victim a few days after his sister's death.

The End Of The Blanche Monnier Case 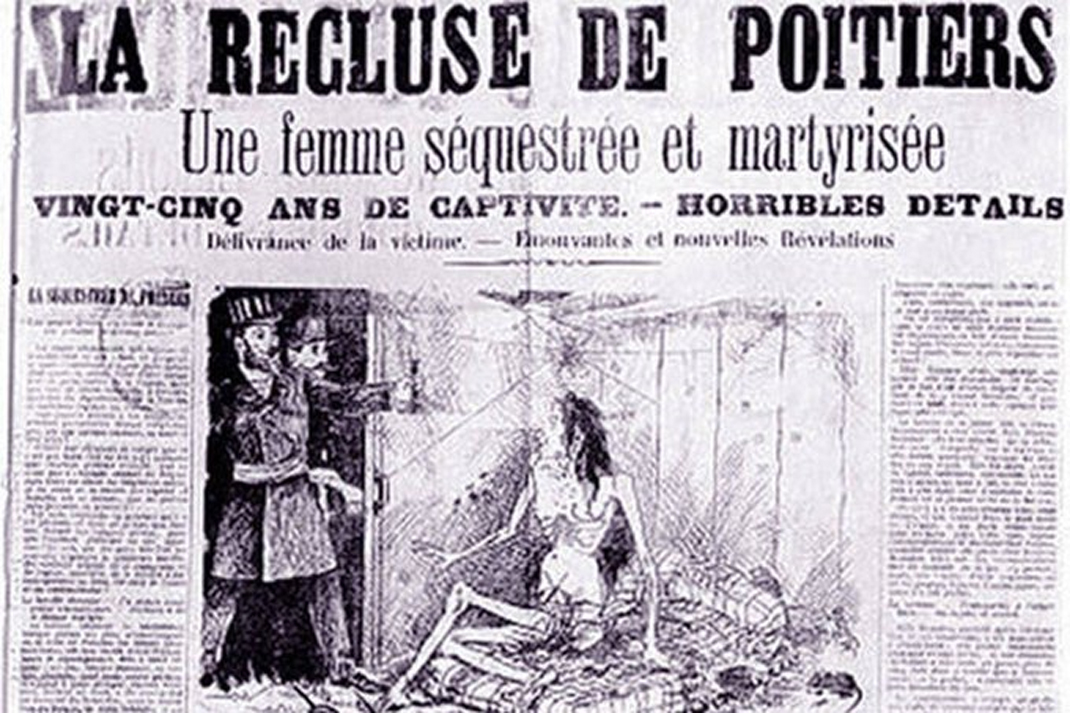 The doctor's first diagnosis of Blanche Monnier was not encouraging: her death seemed imminent and her recovery unlikely. She suffered severe damage caused by malnutrition and disease and had trouble adjusting to daylight.

But, miraculously, Blanche's condition began to improve thanks to the attention of volunteer doctors who were dedicated to the delicate clinical situation. Blanche received support from wealthy individuals from all over Europe: presidents, celebrities, and even nobles, who sent her gifts. The French government offered her a house in Paris where she would spend her last days with a monthly pension.

Despite her physical improvement, she never regained her sanity. Famous psychiatrists, such as Sigmund Freud, who had just begun his career, tried to rescue Blanche Monnier from the dark, torn pit in which her mind had fallen. She never overcame the trauma of her 25-year captivity, often waking up screaming, believing she was still locked up, infested with rats, and covered in dirt on that dark floor.

Blanche Monnier managed to experience another 13 years of life in freedom. She died in a psychiatric hospital in Paris in 1914.

The identity of the sender of the letter that ended Blanche Monnier's agony is still unknown.