Billy the Kid lived a life that has made him something of a myth. In the Wild West, he became a legend, and his antics as a criminal fascinate people to this day.

He was born Henry McCarty in September 1859. Nobody knows the exact date of his birth. The month of his birth was estimated using his baptism record.

Billy the Kid was the firstborn in their family. His other sibling was his younger brother.

Difficult Childhood Of Billy The Kid 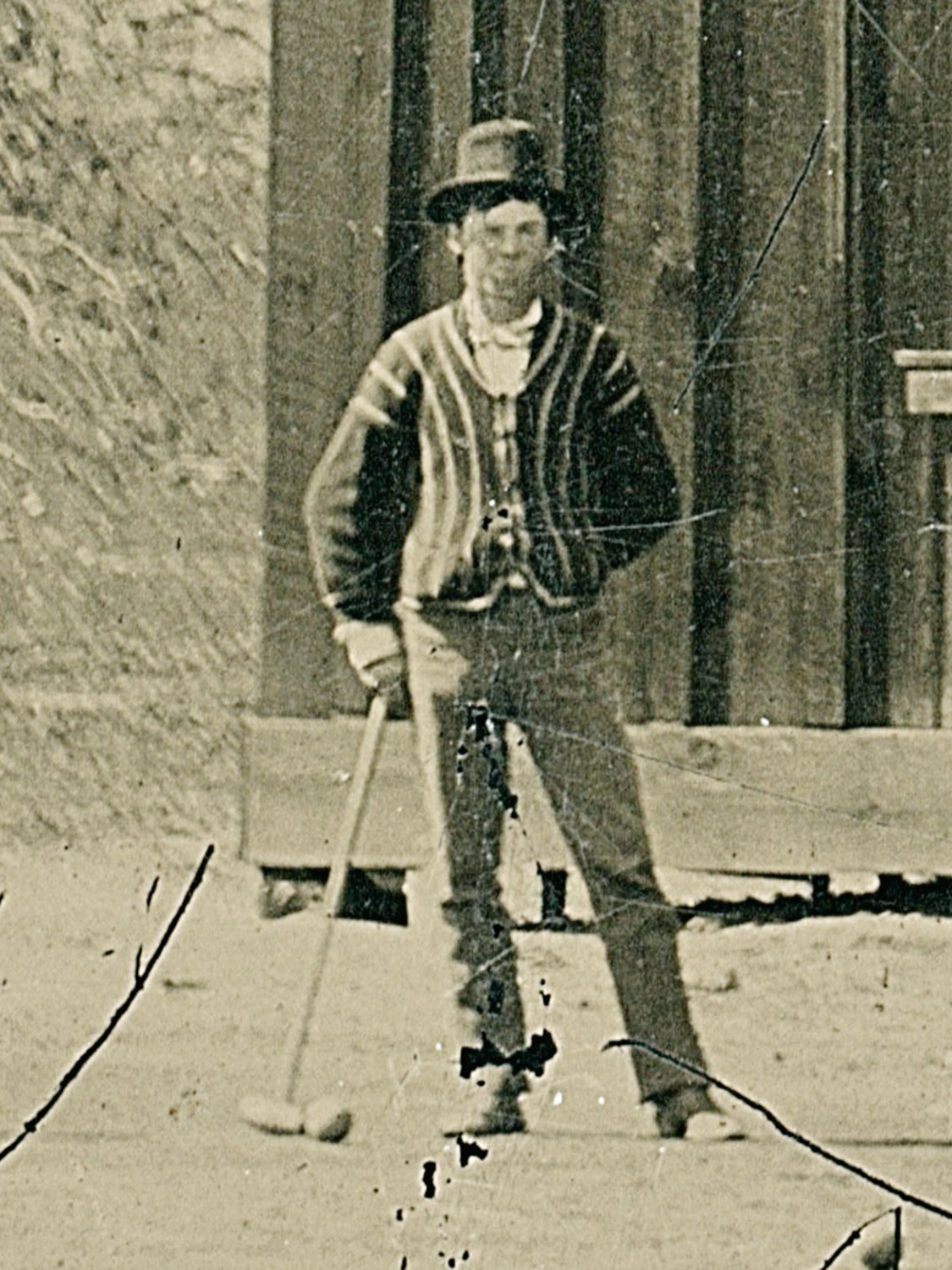 Billy's family was a mess. His parents, who were Irish immigrants, got married when they were 20. The couple lived in a Manhattan slum, and Patrick, Billy's father, died not long after Billy was born in 1859.

The widowed young woman took Billy and his brother and went to Indiana. While there, she met a man known as Bill Antrim. She moved with him and her kids to Kansas in 1870 and then married Antrim in 1873.

Antrim was a prospector, and he often went for long periods of time. The trips seemed to take longer after his wife, Billy the Kid's mom, got tuberculosis.

She eventually passed away in 1874, and despite being a few days away from getting home, Antrim did not change his plans to see off his wife.

In short, Billy the Kid was left to fend for himself when he was just 14 years old. His stepfather put Billy and his brother in separate foster homes after their mother died.

After his time in foster homes, Billy the Kid did not immediately turn to a life of crime but instead took odd jobs as a ranch hand and a hotel worker.

Still, he got into trouble for petty theft. He stole food and clothing. Things got worse for him when he stole from a Chinese laundry in 1875 with the assistance of a local criminal known as "Sombrero Jack."

The crime landed Billy in jail for the first time in his life.

After two days in custody, he escaped through the jailhouse chimney, which launched his infamous career as an outlaw.

Billy The Kid's Life As An Outlaw 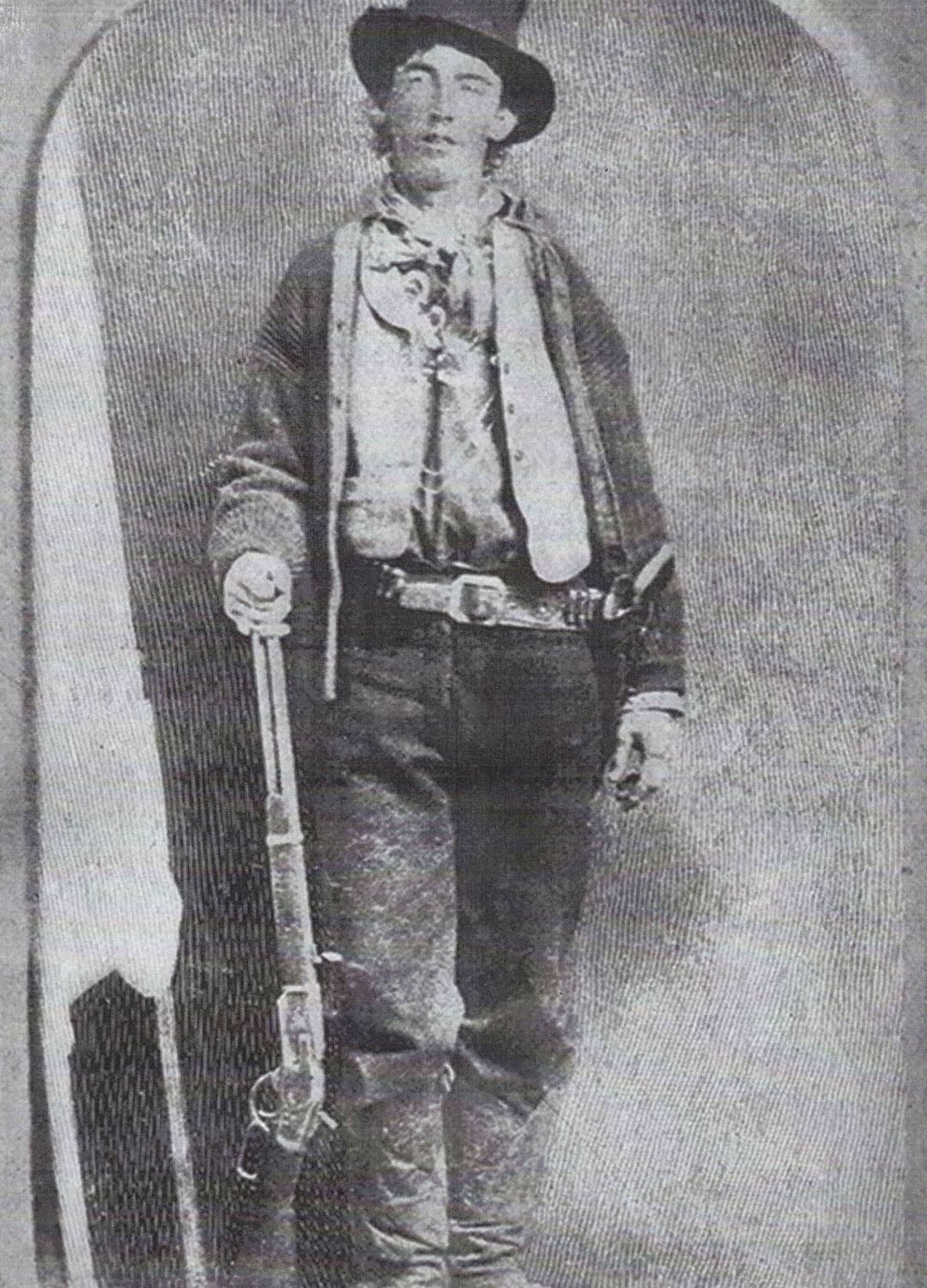 After escaping from custody, Billy the Kid had to hide from law enforcement. Initially, he went to his stepfather's place in New Mexico.

They got along well for weeks before they disagreed, and Billy took off. This would be the last time the two had any contact.

He then crossed into Arizona, effectively turning himself into a federal fugitive. Fortunately, because the federal government did not have a very big presence in the state, Billy went about his business as a free person.

He stopped using the name Henry McCarty in favor of the name Billy Antrim. Due to his youthful appearance, he also got nicknamed "the kid." Therefore, the term "Billy the Kid" was born.

Billy the Kid started living a reasonably normal life. He found a job as a cowboy and a ranch hand. In his free time, he would go to the saloon to drink.

Nevertheless, he was still a thief, and he had found an accomplice in a friend called John Mackie. They would swipe horses and sell them, and the plan went pretty smoothly for some time. 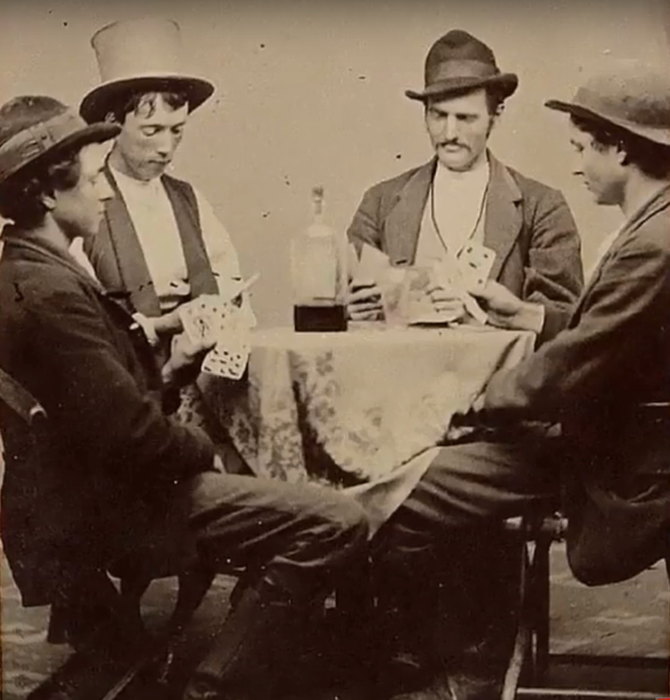 While playing cards, he accused another player, a blacksmith known as Frank "Windy" Cahill, of cheating. The man responded by calling Billy a pimp, and when the teenager insulted him back, a fight broke out.

They started fighting over a revolver Billy had stolen, and when a chance presented itself, Billy shot the man, and he died a day later.

That meant one thing: Billy the Kid had to be on the run again.

After leaving for some days, he returned and was caught and put in jail. Nevertheless, he managed to escape once more.

He stole a horse and fled to New Mexico, where he was still wanted for robbery.

While in New Mexico, Apaches took his stolen horse, so he had to walk for several miles through the desert. Luckily, he got to a friend's house, where he gained a chance to rest and recover after what he had gone through in the desert.

While there, he seemed to be trying to live a straight life, but about two weeks later, he got involved with cattle rustlers, who would steal cattle from John Chisum, a local New Mexican businessman.

Billy As An Employee Of John Tunstall 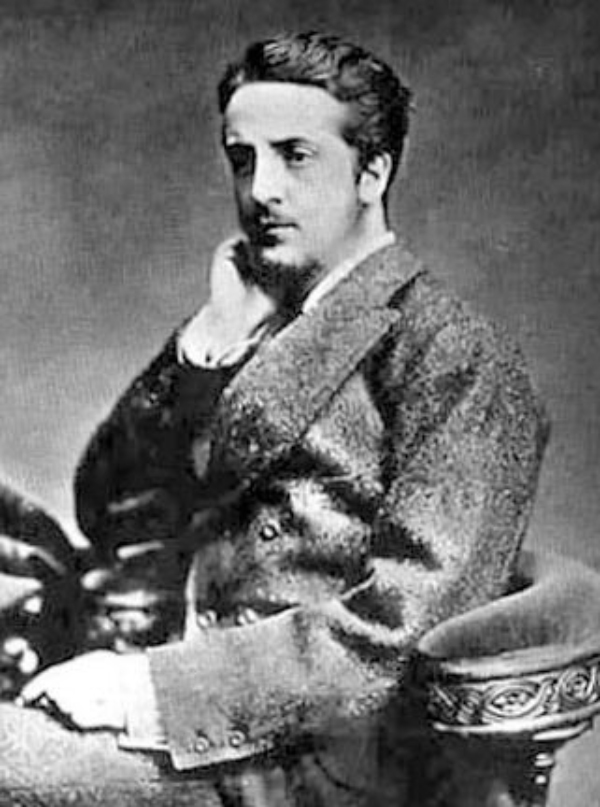 Billy the Kid now went by the name William H. Bonney. He got a job as a cowboy and a rancher in Lincoln County, working for a man known as John Tunstall.

The job seemed to be going well until Tunstall got into a deadly conflict with rivals. In 1878, William Brady, the sheriff, tried to seize cattle worth $40,000 from Tunstall over a debt his business partner owed local businessmen.

A confrontation began, and Tunstall was shot off the horse by the sheriff. He then took the fallen man's gun and shot him in the head with it. The lawman's loyalty was to Tunstall's rivals.

After witnessing the crime, Billy went to the court to try and tell them that the sheriff had committed murder, but deputies loyal to the sheriff arrested Billy and put him in jail before Brady could be arrested.

This time, he was let out of jail by a U.S. Marshal called Robert Widenmann. It was believed that the move would restore peace.

Billy The Kid As A Member Of The Regulators 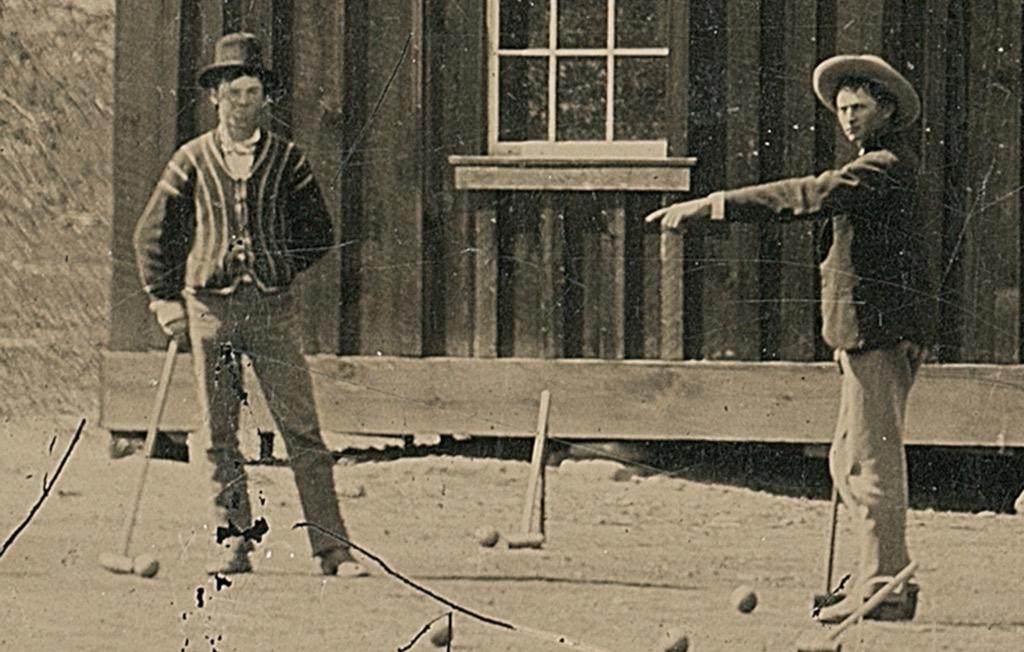 Once he was released from jail by the marshal, Billy became part of a group called Lincoln County Regulators, which sought to avenge Tunstall's death. The group succeeded in ambushing and killing Sheriff William Brady.

Of course, that did not end the bloody conflict. The new sheriff was against the Regulators.

With his forces, the new sheriff got into an armed battle with the Regulators in 1878. The conflict was called the Battle of Lincoln.

The Regulators were cornered in a local saloon, but they were tough enough to change the potential outcome of the battle. Soon, reinforcements from a nearby army base arrived to help the sheriff's side.

They also set the saloon on fire, and Billy the Kid and some regulators escaped. He was now one of the law enforcement's primary targets.

How The Governor Tricked Billy The Kid Into Getting Arrested 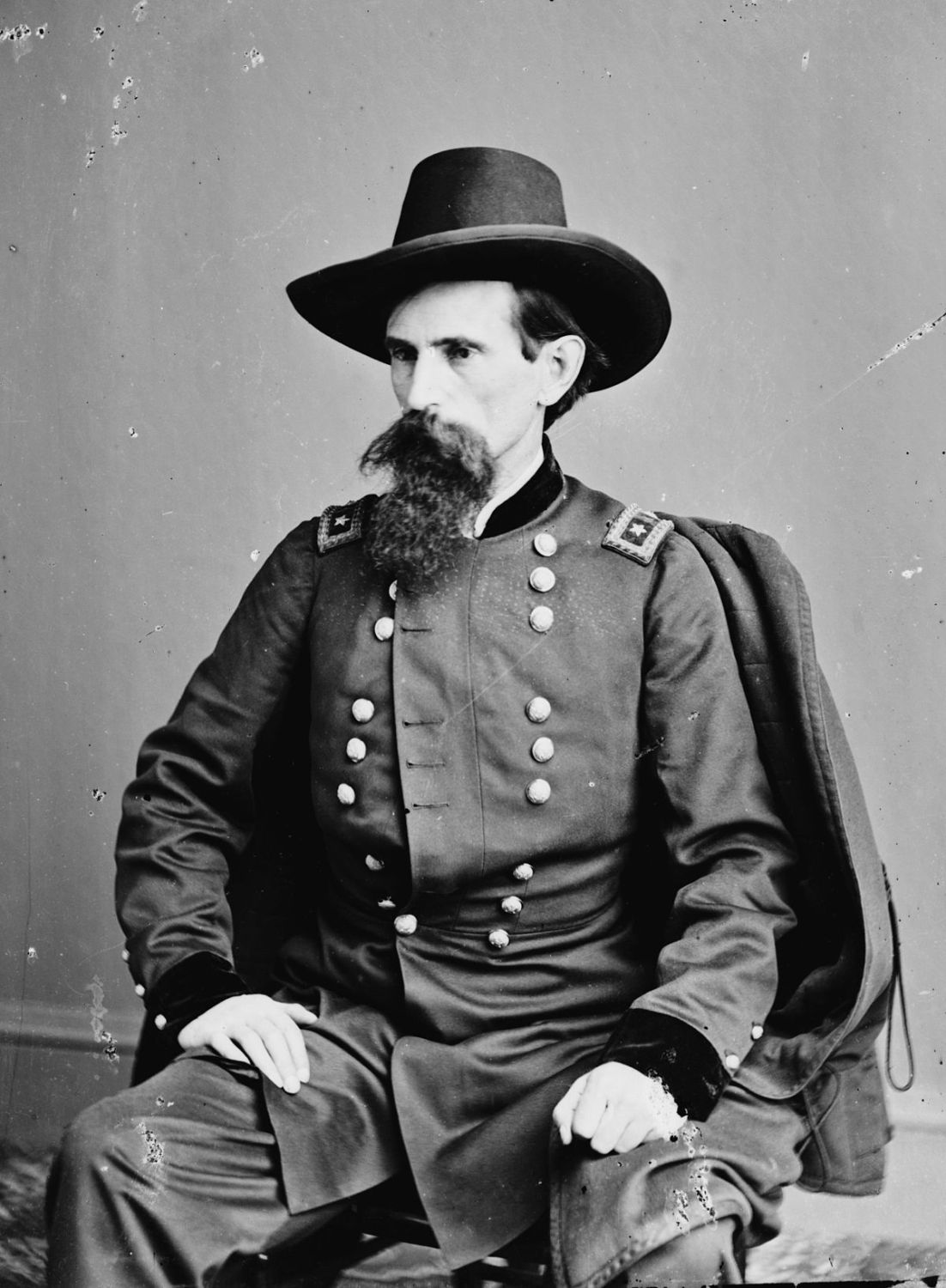 Billy the Kid had no intention of getting caught, and to get his freedom, he promised to give Governor Lew Wallace details about the murder of a well-known lawyer. Billy the Kid had witnessed the crime.

When Billy the Kid presented the governor with his plan, he agreed. The governor also suggested that Billy should allow himself to be "arrested" for the sake of appearances before giving his statement about the lawyer's murder.

Billy had no problem with the plan, and he willingly allowed the authorities to arrest him.

He realized he had been tricked when he was still in custody two months later. Billy the Kid also learned that there were plans to hang him.

He was forced to escape from jail and lay low. He maintained a low profile until 1880 when he got into a confrontation at a Santa Fe saloon with a man called Joe Grant.

Nobody knows for sure how the argument started, but some speculated that Grant was a bounty hunter who had come to kill Billy. Others said Grant was just a drunk who got on Billy's wrong side.

In any case, Billy was suspicious of the man. He coaxed him into giving him his revolver, and Billy realized it had three rounds loaded.

Without the man realizing it, Billy rotated the gun's drum to an empty cylinder and gave it back. After the pair got into another argument, Grant pulled his gun, pointed it at Billy, and pulled the trigger.

The gun only produced a click, and before Grant could make another move, Billy had drawn his gun and shot him in the head.

Once again, Billy, the Kid had given authorities another reason to hunt him down. On December 23, 1880, his luck ran out when Sheriff Pat Garrett caught him in a place known as Stinking Springs and eventually got a $500 bounty.

Billy was not happy with his fate, and he made the following statement after his capture:

"People thought me bad before, but if ever I should get free, I'll let them know what bad means."

After a very public trial, Billy the Kid was found guilty and sentenced to hang. The judge was so emotional during the sentencing that he shouted to Billy, who was 21, that he was to hang by the neck until he was "dead, dead, dead!"

Billy responded by telling the judge he could go to "hell, hell, hell!"

Billy's Final Escape From Jail And His Death 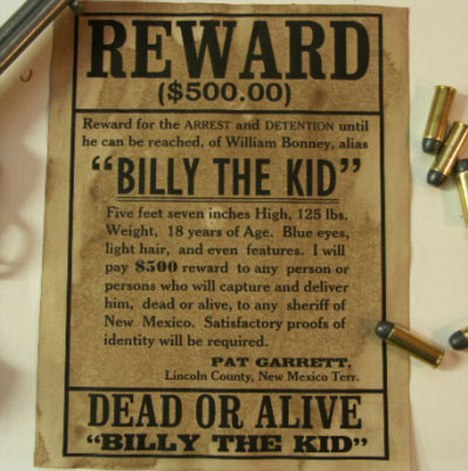 On April 28, 1881, Billy was supervised by a guard in the jailhouse. He convinced the guard to allow him to go to the outhouse. He attacked the guard during his trip back, stole his gun, and shot him dead before hobbling away to the warden's office while still in chains.

While there, he got a shotgun and positioned himself in the window. The warden, Bob Olinger, had heard the gunshot, and he was coming to see what was going on when Billy shot him dead after shouting at him: "Look up, old boy, and see what you get!"

After killing Olinger, he cut through his leg irons, stole a horse, and escaped. Another $500 bounty was put on him, dead or alive.

Three months after escaping from jail, Billy the Kid met Sheriff Pat Garret. The sheriff had learned that Billy might be staying in Fort Sumner, New Mexico, with a friend. 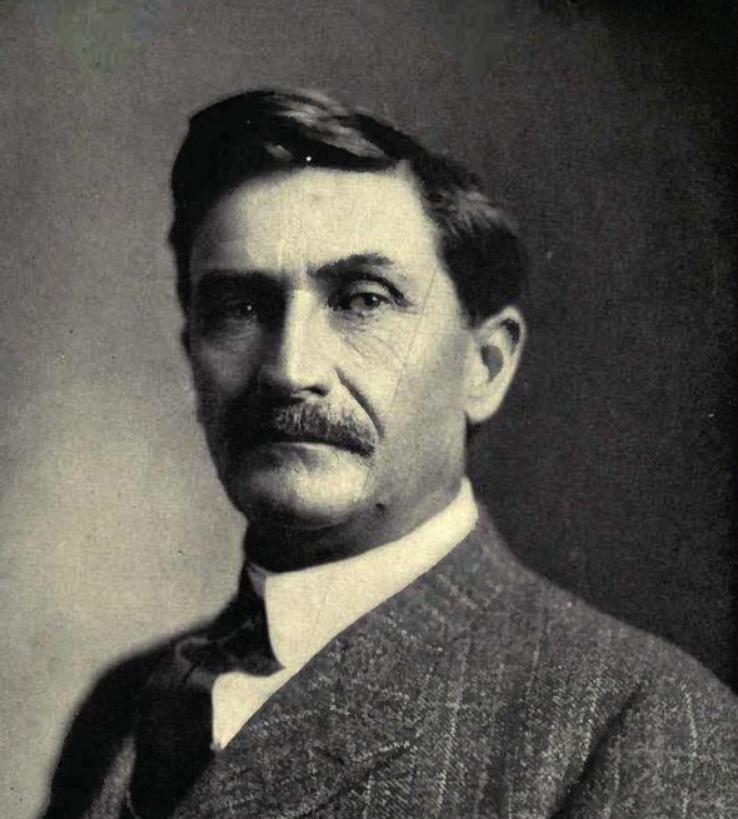 Garret got inside the house on July 14, 1881, and once Billy was inside, Garret shot him dead. He was buried before morning, with his grave marked by a wooden marker.

The governor did not give Garrett his $500 reward for finding and killing Billy as promised.

The decision angered locals. In response, they raised $7,000 for Garrett as a reward for getting rid of the trigger-happy fugitive. However, after more than a year, the New Mexico legislature took a vote and granted Garrett his $500 reward for shooting Billy.

It was estimated that Billy the Kid had killed at least 27 men by the time of his death. He had accomplished this despite being a criminal for just four years between 1877 and 1881.

Billy the Kid is considered something of an icon in American history. In 1931, people raised money to make him a suitable headstone.

It was stolen in 1981 and found in Florida soon after. It was then flown back home by New Mexico's governor.

In 2010, there was a petition for the New Mexico governor to give Billy the pardon Governor Lew Wallace had promised. The pardon was never granted.

In 2010, Randy Guijarro purchased a photo for $2 in Fresno, California. He believed it included Billy the Kid.

The suspicion was confirmed using facial recognition analysis, after which the photo was valued at $5 million. America's fascination with Billy the Kid is not about to end, even though it has been more than 140 years since his death.

Some people have embellished his story over time. For instance, claims that he robbed a bank and a train are false.

There were also rumors that he did not die in 1881, as historians claim, although many people confirmed that the man Garrett had shot was Billy the Kid.

An old man from Texas, "Brushy Bill," later claimed to be Billy the Kid, although details about his life such as his date of birth did not support his claims.

In 1925, a film called Billy the Kid was released. He first appeared in a silent movie under the same name in 1911.

Today, Billy the Kid's story has been on the big screen more than 50 times, so he holds the record for most motion pictures featuring a single person in film history.