Billy Ray Cyrus, 61, and Firerose, 34 announced their engagement in an interview with People.

The couple met for the first time 12 years ago on the set of Hannah Montana. After a long friendship, they got engaged in August this year.

The engagement came only months after Cyrus divorced Tish, his wife of 28 years. According to people, Tish filed for divorce due to "irreconcilable differences".

In an interview with People, Firerose revealed that Cyrus had proposed to her in August. They bought the rings at a later date.

"I love you. I wanna make this official. I wanna be with you forever," Cyrus said.

According to the singer, he would not have met Firerose if it was not for his German Shepherd Tex.

On the set of Hannah Montana, Cyrus used to take his dog to an area with a couple of old pine trees which reminded him of Tennesse.

"Tex and I would go out there in the middle of the day and he'd take care of his business and we'd stretch and I'd think how much I missed Tennessee. On that given day, Firerose came out of the front door. There was almost a moment of, I don't know, recognition. I was like: 'This girl's a star'," he shared.

Firerose visited the set to audition for a role. She recognized Cyrus since she knew his music well, and greeted him and his dog.

Even if Firerose did not land the role, Cyrus introduced her to some of the people working on Hannah Montana and she was invited to watch rehearsals.

Cyrus was married to Miley's mother Tish at the time. Firerose and Cyrus felt a strong connection and shared a close friendship.

The duo also shared a love for music and wrote the hit song New Day in 2021. 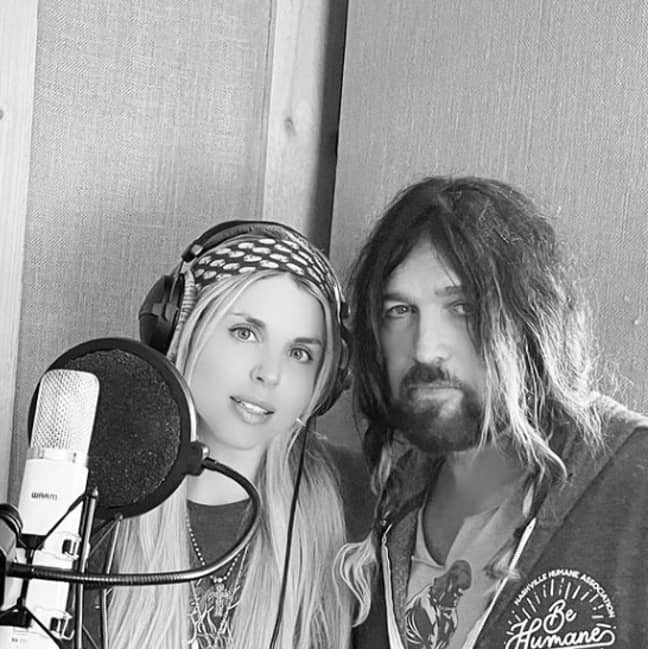 "Billy confided in me a lot of what was going on in his life. I was just the best friend I could possibly be, supporting him," Firerose said.

Cyrus experienced a hard time during the Covid-19 pandemic and found comfort in creating music with Firerose.

"There was sickness and death, and hard times. Suddenly, the life that I've always known as a touring artist didn't exist anymore," he shared.

Cyrus also denied the rumor that his relationship with Firerose had a negative impact on his children.

"Everyone knew that that relationship [with his ex] was over a long time ago," he mentioned. "Everybody's turning the page. It's been a lot, but everyone knew that it was time for a change."