The live-action children's classic, H.R. Pufnstuf, would have been completely different without the animated and comically gifted Billie Hayes, who played the role of the wicked witch, Witchiepoo. Billie Hayes succumbed to natural causes in L.A. at the ripe age of 96.

The legendary actress' passing was announced by her family.

Billie portrayed the unforgettable character during the show, which aired between 1969 and 1970.

The incredibly famous veteran of Broadway has starred in numerous productions. She had also starred in Lil' Abner as Mammy Yokum in both the Broadway and film versions of the production.

Her Broadway debut came in 1956's New Faces. She appeared in the production alongside actress Maggie Smith.

Following many great guest appearances, she finally turned into the ever-memorable Witchiepoo (Wilhelmina W. Witchiepoo). For those who know the bubbly character, Saturday mornings were never the same over the period H.R. Pufnstuf aired.

Her performance style was incredibly entertaining, and she immediately won the hearts of many fans. Surprisingly, Witchiepoo was a villain with a plan to steal the talking Freddy the Flute.

However, her performance was so fun and endearing that many of her fans were rooting for her success despite her sinister mission. Unfortunately, she never succeeded and would often ask "Why me?" and complain that her evil thieving scheme had not worked in her favor.

Hayes was born in Du Quoin, Illinois, and she got into the show business at the young age of 9. At the time, she was dancing in local nightclubs.

These were certainly very different times.

After joining high school, her interest in showbiz grew. She became part of a fourteen-piece orchestra of Vince Genovese.

In her teens, she was a driven solo performer who showcased her skills throughout Chicago and the Midwest.

Later, she moved to New York, where she performed in nightclubs as a singer and a dancer. Thanks to her comic and musical talent, she landed roles in a couple of roadshow operettas: Student Prince, The Merry Widow, and Blossom Time.

Before long, Hayes was performing beside another newcomer, Paul Lynde, in What's New. That resulted in her Broadway debut in New Faces by Leonard Sillman.

Later, Hayes took over the role of Mammy Yokum in Lil' Abner from Charlotte Rae. Once more, she was performing beside another newcomer, Valerie Harper. 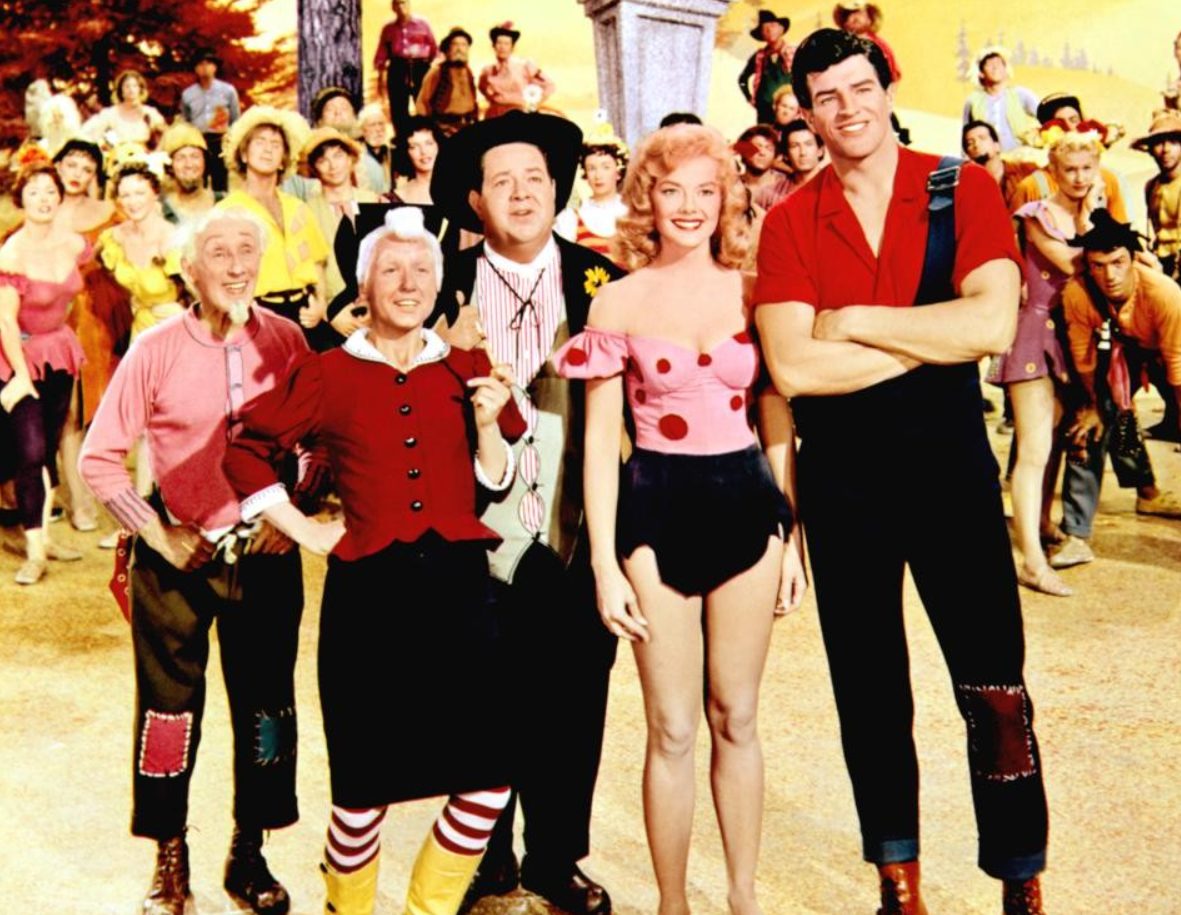 Hayes reprised her role as Mammy Yokum in the film version of the show in 1959. In the late 60s, she got back on stage as Minnie Fay in Hello, Dolly! Which starred Betty Grable.

In 1969, she also played a role in Sid and Marty Krofft series, which would turn into a cult classic. The show also starred Jack Wild.

This would become her defining role. She would return to the same role in the 1970 feature film adaptation Pufnstuf.

Wild and Martha Raye joined her, and she reprised her feature role as "Mama" Cass Elliot. She also returned to the role in 1976 when she appeared as The Wizard of Oz's Margaret Hamilton, in which she helped put on display a sisterly bond between two famous witches.

Pufnstuf was canceled in 1970, and she was cast in Krofft once again.

Later, she was playing both the role of Witchiepoo and Weenie the Genie in Lidsville from 1971 to 1972. Charles Nelson Reilly played the role of the show's main villain as Horatio J. Hoodoo, a magician.

From there, her schedule got quite busy as she starred in many voice roles. They include roles in The Flintstones Comedy Show, The New Scooby-Doo Mysteries, Rugrats, Transformers: Rescue Bots, Trollkins, and The Real Ghostbusters, just to name a few.

She also had a recurrent role in General Hospital in the early '80s, where she took on the role of a street-wise international spy known as Agent Brighton O'Reilly.

While away from the limelight, Hayes was involved in Pet Hope, an animal rescue nonprofit she started. The charity began after she adopted a puppy she found abandoned in the basement of Broadway's St. James Theater while Lil' Abner was still running.

The legendary actor has left behind niece Nancy Powers, nephews Tom Brosch, Louie Brosch, and Guy Brosch, their spouses, and many great-nieces and great-nephews.

In lieu of flowers, the family has asked for donations to her nonprofit, Pet Hope.

Margaret Hamilton (Wizard of Oz) once told us that Billie Hayes was "one of the best witches ever” We couldn’t agree more. Rest in Peace dear friend. #RIP #Billiehayes pic.twitter.com/UW6k53apOG

The world has truly lost an icon.