Billie Eilish is topping every chart possible with her music. It almost seems like every song she releases is a hit.

Everything I Wanted and Bad Guy must have come to mind, right?

As much as her music is loved, it seems her artistic talent is not. She recently showcased it, and it met with some displeasure. 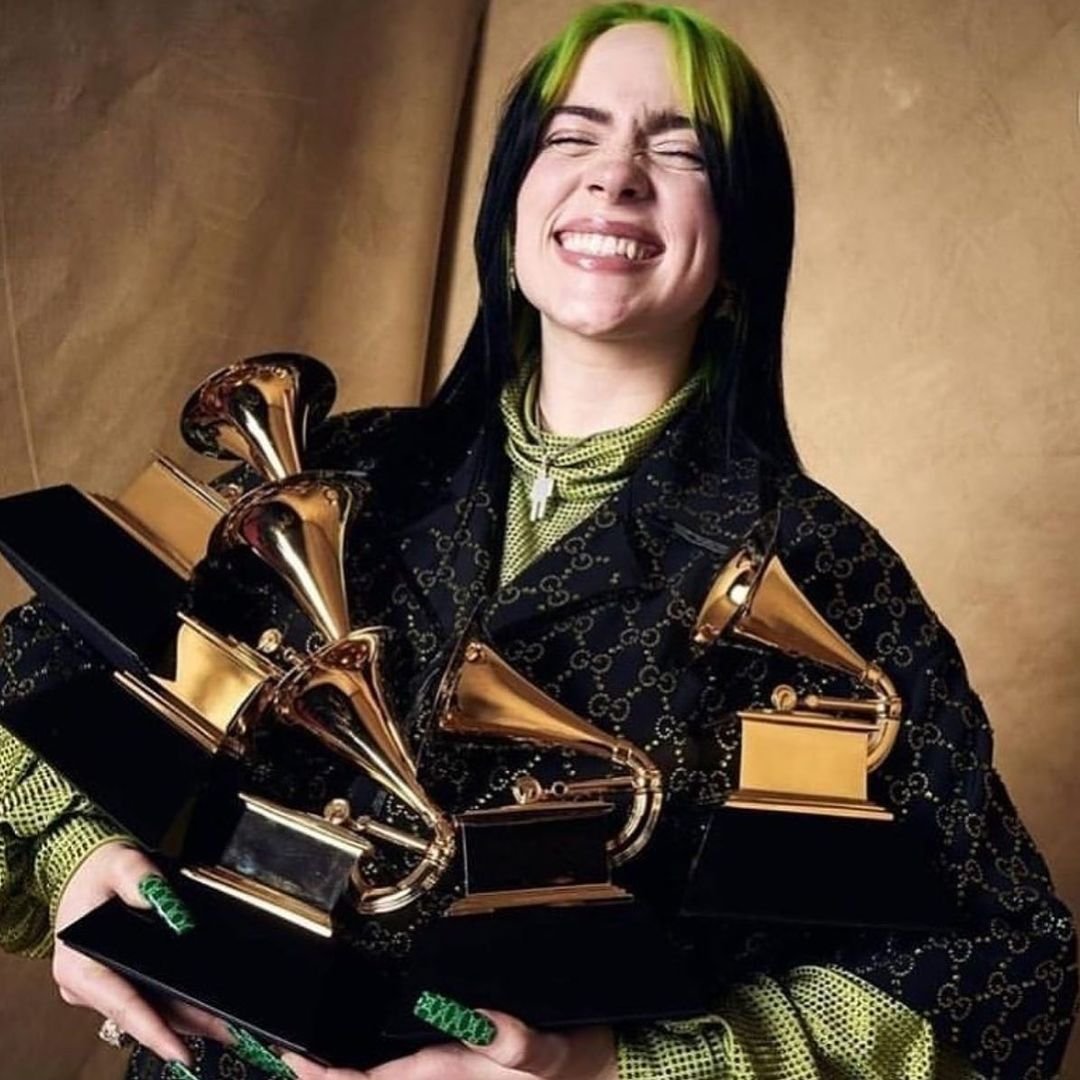 Winning 5 Grammys year proves she is on top of the world, and things could have only gotten better.

With a chart-topping album and sensational singles that have many tripping, she is at the forefront of pop culture in recent times.

She has millions of followers on Instagram to prove that she is making a career success and is loved by many. 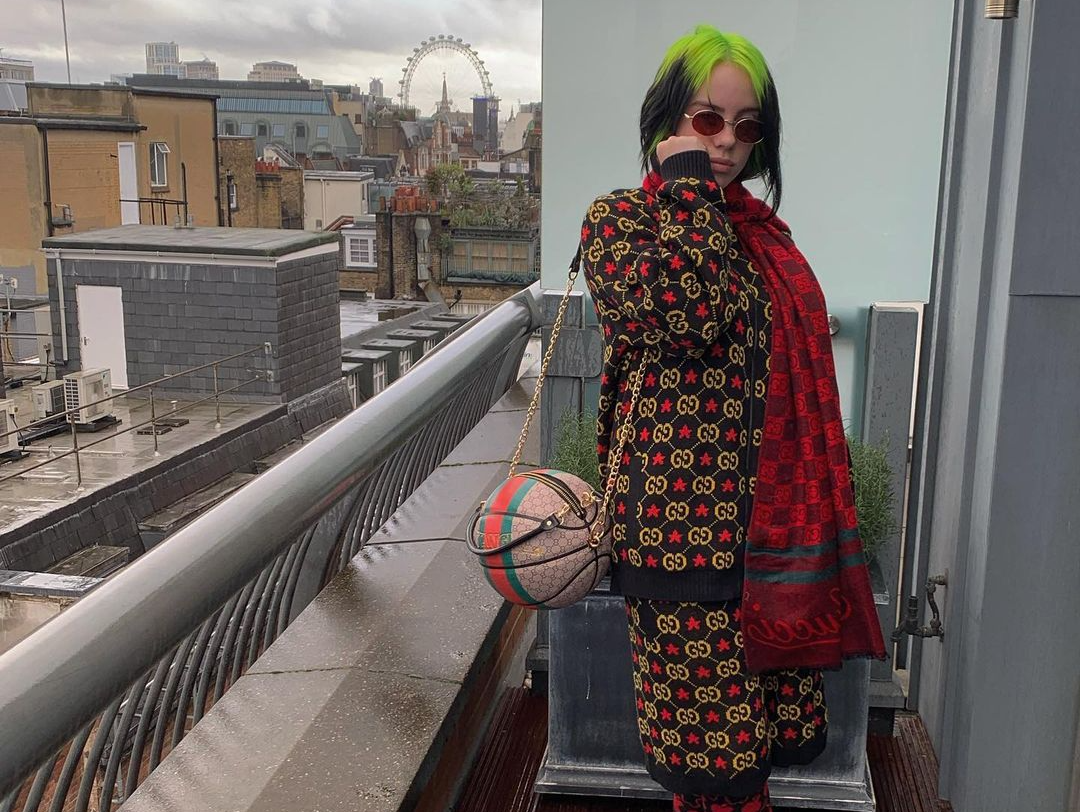 Billie Eilish is also known for her choice of dressing. Her signature baggy outfits are often talked about.

According to Eilish, she wore them because she did not want people to comment on her body. But in recent times, she has been outspoken about the scrutiny she has received because of her choices.

She is bold and never shies away from speaking about body image issues. She recently said: "I love having kids relate to me and tell me that I make them feel comfortable in their bodies. If I could do anything, I want to do that." 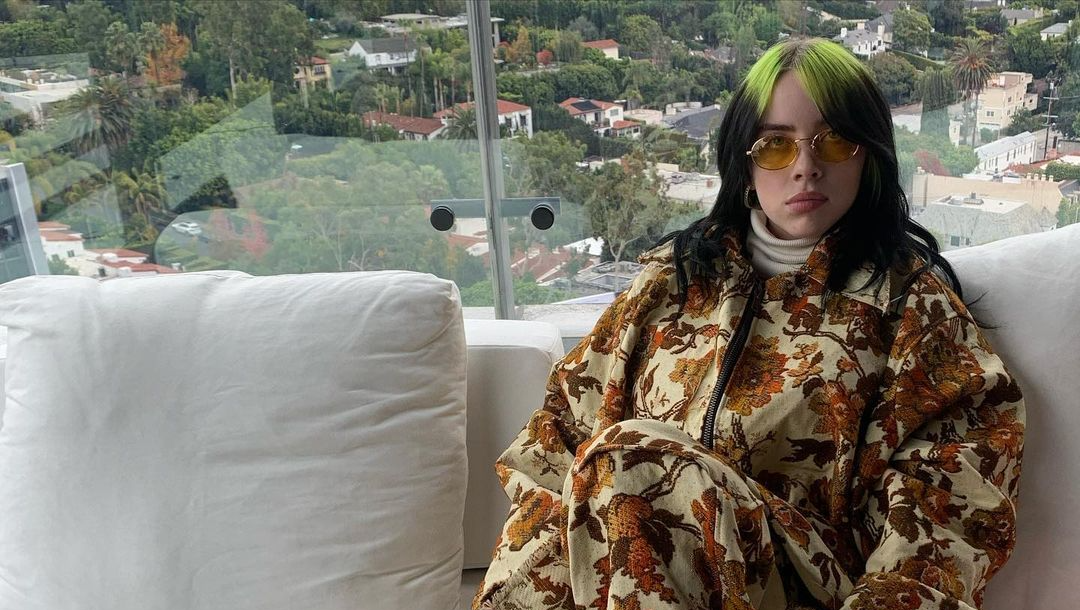 She took part in an Instagram challenge that upset a few of her followers. As a result, she lost about 100,000 followers on Instagram.

She responded to her fans' requests via Instagram story when she was encouraged to post a picture of her lock screen. The image on her lock screen was an artwork of a topless woman.

Then she was asked to share a drawing that she was proud of, and she shared a screenshot of a page that contained some of her drawings.

To the surprise and displeasure of a few of her fans, the drawings showed topless or naked women. She had accompanied the screenshot with the note, "These probably lol. I love boobs." 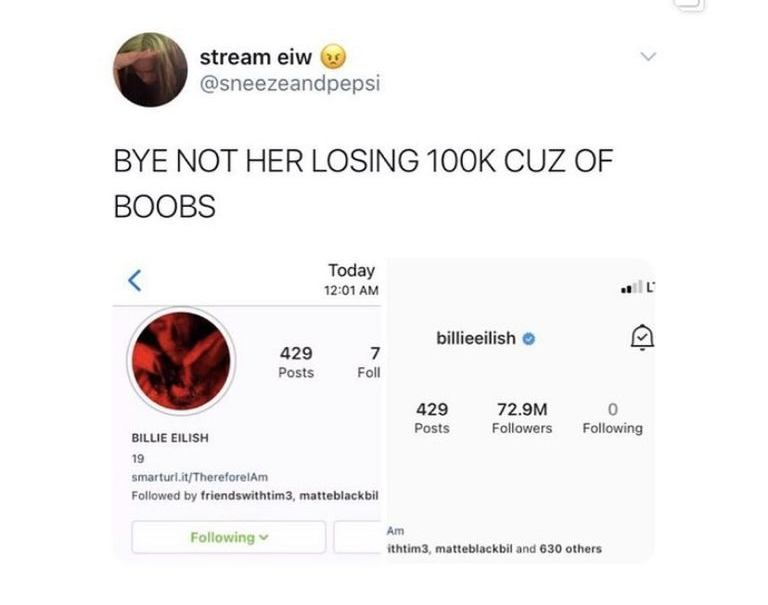 Eilish might be a boob fan, but some of her fans were not. 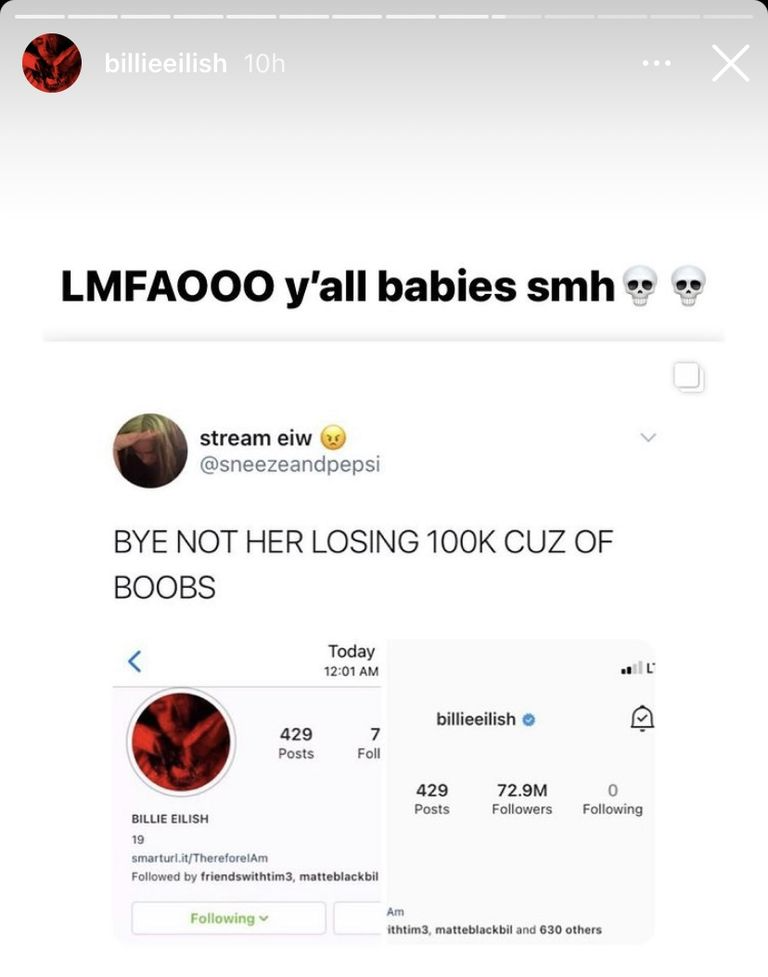 It was pretty amusing that she lost that number of followers after posting her NSFW drawings. Eilish also saw the humor because she shared the tweet to her Instagram story.

Losing that amount of followers lasted a short while because the debacle gained her twice the number she lost in no time.

Fans Reaction To The Loss Of Followers

It felt ridiculous that Eilish had lost followers to many of her fans. They could not wrap their heads around why anyone would want to unfollow her over boob art.

People seriously unfollowed Billie Eilish because she posted amazing drawings of tits? Like yall harass for picks of em but then run when you get them willingly??? #WeStanBillie

One fan took it so personally that she wrote: "Lmao, BILLIE EILISH lost 100k followers just for letting her fans know her lock screen features a painting of BOOBS? She didn't [lose] 100k followers. She lost 100k morons."

What are your thoughts on this? Was a boob picture worth losing that amount of followers over? Or do you think those who unfollowed her were just insensitive?