Billie Eilish references Johnny Depp's defamation trial against Amber Heard in an unreleased song she performed to fans on her UK tour.

The 20-year-old pop star performed a new track, TV, alongside her brother and co-writer Finneas O'Connell on the first night of her two AO Arena concerts on 7 June.

The track – yet to be released – is a slow, melancholy number with lyrics that reference the highly profile Depp-Heard trial.

Sitting on a stool opposite her brother while Finneas played the acoustic guitar, Eilish told the crowd:

The Bad Guy hitmaker then sang:

"What's the point of anything, all of my friends are missing again, that's what happens when you fall in love."

The song then appeared to reference recent happenings in the US, including Johnny Depp's multi-million dollar defamation trial against his ex-wife Amber Heard.

The AO Arena performance marks Eilish's first gig in England since she played at the Reading Festival in 2019. She's also set to take a headline slot at this year's Glastonbury Festival later this month.

The Grammy-winning artist's reference comes just a week after Depp won his defamation trial against his former partner Heard over an op-ed she wrote in The Washington Post.

Depp sued his ex-wife for $50 million over the 2018 article, "I spoke up against sexual violence — and faced our culture's wrath. That has to change."

While the article didn't mention Depp by name, his lawyers said it falsely implied that the Pirates of the Caribbean star physically and sexually abused Heard in their brief relationship and marriage. 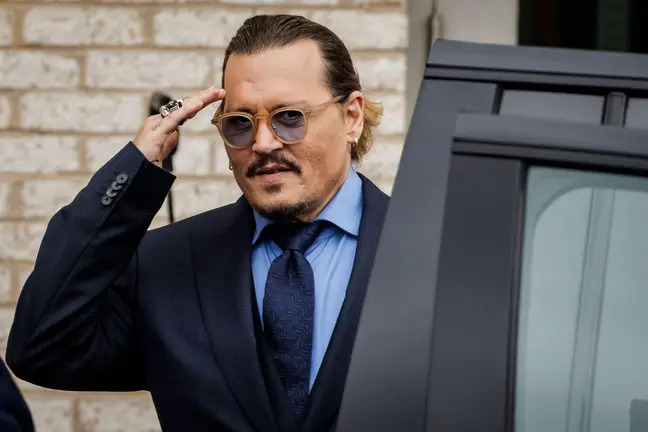 The Aquaman actress also counter-sued Depp over comments his former lawyer Adam Waldman previously made — the lawyer allegedly referred to Heard's abuse claims as a "hoax."

At the end of the trial, the jury delivered a unanimous verdict in Depp's favor, announcing that he would be awarded $10 million in compensatory damages and $5 million in punitive.

Under Virginia law, where the trial took place, punitive damages are capped at $350,000. Thus, Depp is set to receive $10.35 million in total.

Heard was awarded $2 million in compensatory damages but no punitive damages. Thus, the net amount that Depp will receive is 8.35 million.

Heard's attorney recently appeared on morning talk shows to say that her client would be unable to pay the $8.35 million in damages to Depp.